I got up early this morning and took a nice walk along the malecon, all the way to the end where there is a place that you can buy really fresh fish and have them clean them for you to your specification; gutted and scaled, fileted, you name it. On the way I passed the pier where a crowd was already lining up for the water taxis and party boats. 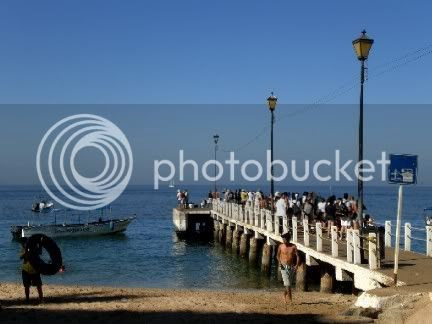 A bit further along I was able to get this nice shot of the river. It looks like it is really high, but this part is influenced by the tide and this is actually water flowing into the river from the bay. 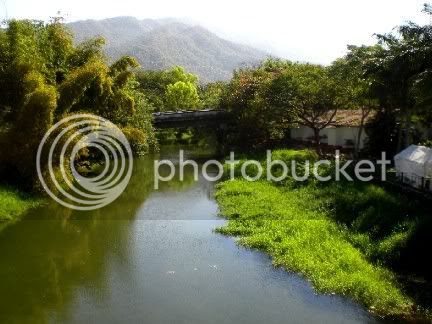 As I headed on home I made the mistake of passing by Sweeny's. 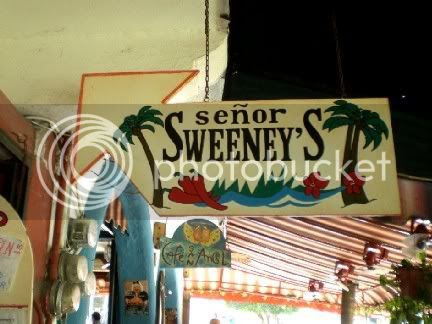 Like a fly to, well, to honey, I was compelled to climb the inviting stairs.

C'mon Up And See Me Sometime 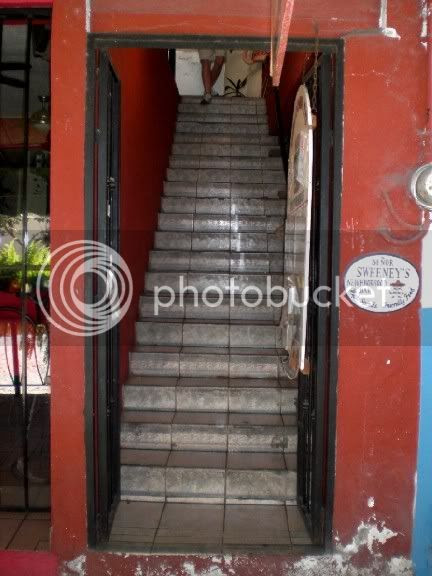 Just my luck, Sweeny's has a morning happy hour. It actually is just an hour too, because they don't open until 11:00 P.M. Still, it is a nice tip of the hat to those of us who really need, er, I mean, would like a morning libation. 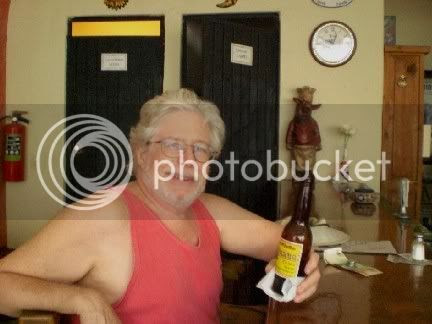 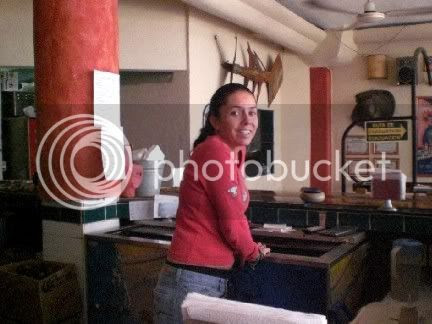 I think she said her name is Brenda, but I might be mistaken. I told her she looked familiar but that I didn't remember her working at Sweeny's. She said she used to work next door at Andale's, the bar with the burro, so that is where I had seen her. We had a pleasant conversation about the burro. The usual, Is he well regarded by other burros? does he roll around in the barn to get the smell of the perfume off at the end of his day? Typical bar conversation. Brenda did say that the burro's best friend was a dog. I will need to get more information about that relationship the next time I go to Sweeny's.

Here is a teaser for my next post, but don't get too excited. I did not go to a wrestling match. 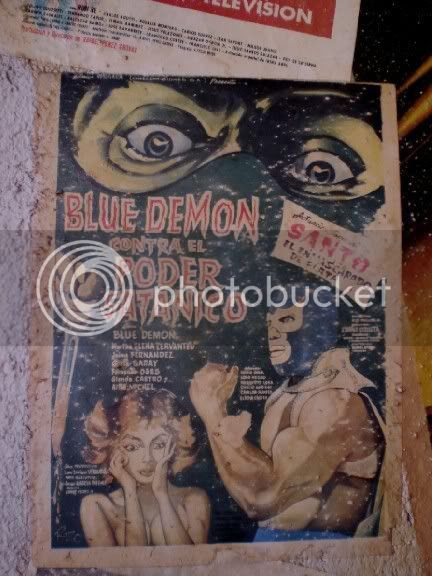 By the way, I have been having intermittent problems linking to my website when I use http://www.thousandbars.com/ as the address.

On the other hand, http://www.thousandbars.blogspot.com/ seem to work consistently.

Let me know if anyone else is having problems.
Posted by Bar Man at 8:43 AM