A Fresh Start, Kind Of

Yesterday I decided to cook dinner, linguine in a clam sauce. I usually get this at Armando's, but I wanted to prepare it myself today. And also to give The Mysterious Chinese Woman a break from her kitchen duties. I also had vague memories of this dish prepared in a bit of a French style by the wife of a friend of mine when I spent a year toiling away in Hartford, Connecticut. Aside from clams and linguine, it also required a splash of Pernod. Bar Man, sadly, is partial to Pernod (and Ouzo). Well, to make a long story longer, during the cooking process much more Pernod went into me then into the dish I was preparing. And, by the way, it was delicious. Both the dish and the Pernod.

I prefer my Pernod in a small glass with a single ice cube. 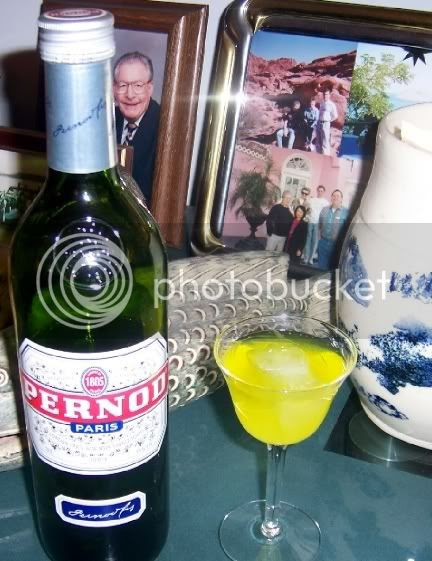 Interestingly, I bought that glass for ten cents at a garage sale in International Falls, Minnesota. Even more interesting, it was donated by my friend Donna whose house I was staying at while on vacation. And I didn't even know it at the time. Well, I knew I was staying at her house, I didn't know it was her glass that I had bought. Life unfolds itself in mysterious ways.

Anyway, that was last night. This morning I woke up and felt the need for something other than coffee to get me going. Luckily, the Deli where I buy my morning paper has a nice selection of beers. I decided to buy a couple to freshen my palate and my outlook on the day. I chose, and for no particular reason, Samuel Adams Summer Ale.

As I sat staring at the tableau in front of me as I began to drink my morning beverage, a thought penetrated my somewhat fuzzy brain. 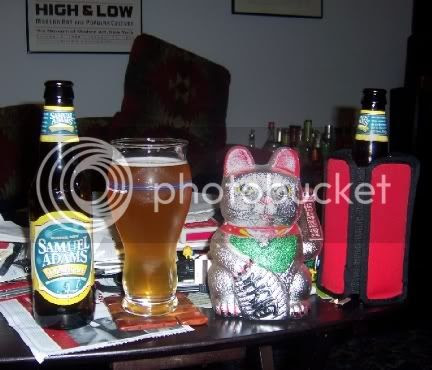 I will never go to another thousand bars in a year, have no intention of doing so. However, I most certainly will drink another thousand beers. In fact, on my way to buy the clams I stopped into one of my favorite local watering holes, Downtown Bar and Grill, and had a couple of mighty fine draft beers. One was Hennepin Saison Ale and the other, well, I don't really remember. And that is the shame. Not really being on a trek I had failed to take my camera or my note pad. And, quite frankly, I hadn't really thought about writing about what I had to drink. I don't write too often about places that I have already written about.

And then the Eureka moment. My new focus for this blog will be to write about the different beers and other drinks that I imbibe. Although I mention them peripherally in my posts, it has been more of an aside. I shall now dedicate myself and this blog to trying a wide variety of beers and drinks and writing about them.

Sure, I am covering ground that has been covered by others before, but I will do my best to provide you with the unique insights that only the Bar Man, sometimes half-in-the-bag, can bring you. And I will do my best to capture the circumstances under which the drinks were consumed. That is half the fun anyway. A Pabst Blue Ribbon consumed in the confines on one's home is a totally different experience than chugging it down with friends after a rousing game of dominoes, for example. Even it it is that Mexican Train version of dominoes that hardly anyone in my neighborhood plays. Real dominoes is serious business involving serious money with weapons within easy reach. 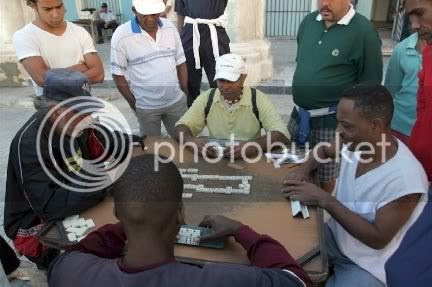 Let me know what you think of this idea. The Mysterious Chinese Woman has already voiced her opinion, but it has been ignored.

By the way, I will have no comments on this morning's indulgence. I wasn't prepared and don't think I could give Samuel Adams Summer Ale a fair shake. It tasted a bit funky to me and I suspect that was due to the fur on my tongue because Samuel Adams usually turns out some pretty good stuff.

I feel like a newborn child about to embark upon his... 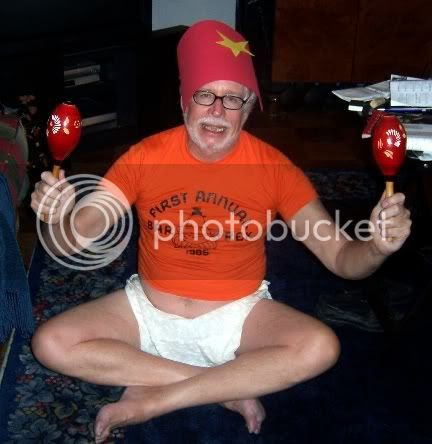