My Queen, By Decree Of Her Majesty 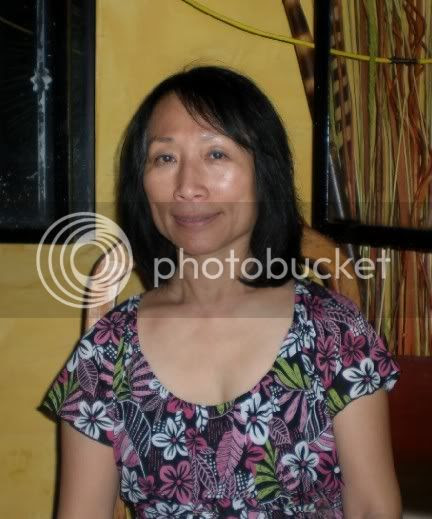 Anyway, I read a letter to the editor about La Lorraine in the local weekly here, the Puerto Vallarta Mirror. I also read the identical letter in the rival weekly, the Puerto Vallarta Tribune. Kind of suspicious, if you ask me. However, in both papers the response by the editor was also favorable. One said that their food critic also liked the place and the other said they had received letters from others who also praised the place. On top of that, it is only about three blocks from our place. 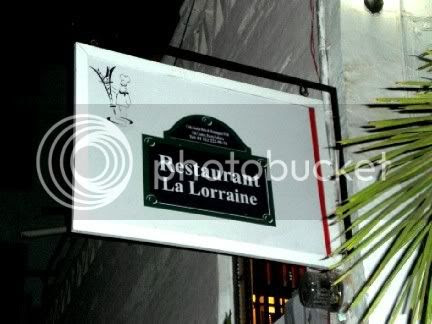 La Lorraine only opened about four months ago and the last time I was here this was Wayne's, a kind of seedy late-night bar. Well, to be fair, I only went in there late at night so it might have been a perfectly respectable place during the light of day.

They did a nice job of remodeling and installed a fairly large kitchen that took up a lot of what was once the bar. I think they also put in new bathrooms, but maybe they just cleaned them. They definitely painted though, giving it a nice bright look. 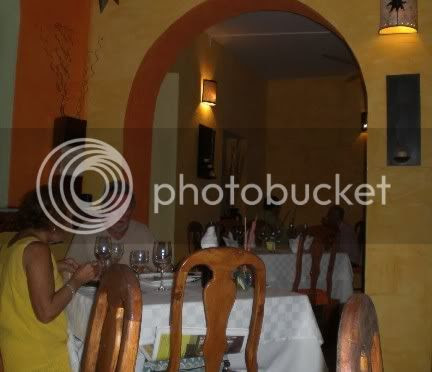 To celebrate we ordered a bottle of bubbly. This was a nice dry Prosecco that went well both as an aperitif and with the meal.

A Bottle Of Bubbly 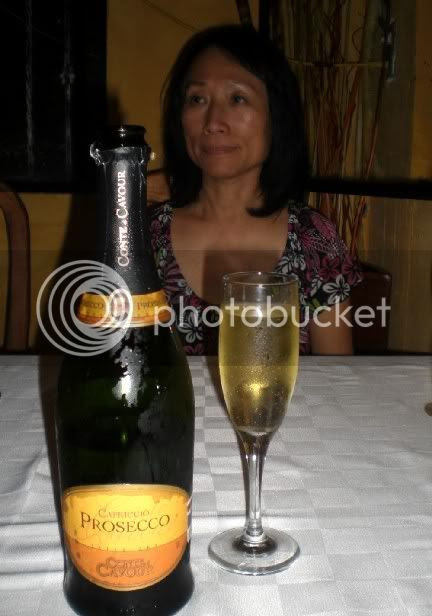 We were served a little appetizer, on the house, but I am not sure what it was. I thought it was a pate of some kind but the Mysterious Chinese Woman said it tasted like fish to her. Maybe a fish pate. 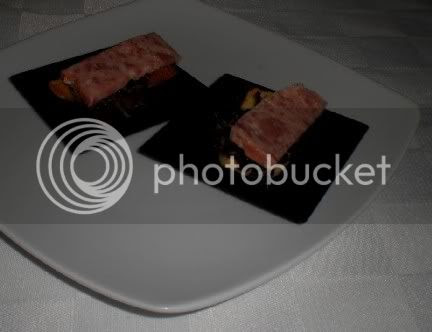 Coincidentally, La Lorraine had two dishes that were very similar to the ones we had at Braeburn the other day, so we decided to order them and do a taste test.

Roasted Duck With His Sauce 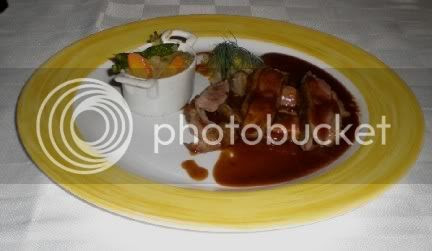 It wasn't bad, but considerably tougher that the duck at Braeburn. The sauce wasn't anything special either, kind of like a duck gravy. 1 - 0 Braeburn. 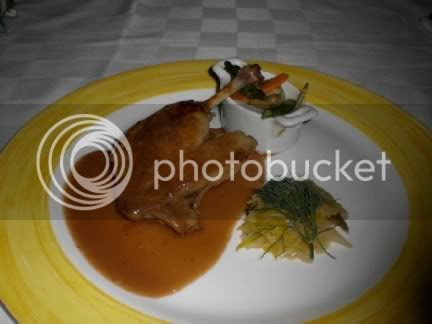 Again, this wasn't nearly as good as what we had at Braeburn. It was considerably tougher and, because I have made this dish myself as an ingredient to my cassoulet, I knew why. It was cooked at too high a temperature and for a shorter time then is required. And, again, His Sauce, whatever it is, was more like a gravy. Way to heavy for a dish such as this,

Braeburn won the unanimous decision. Now, to be fair, I am sure they didn't have a chef of the caliber of Braeburn's working here and the prices were probably about a third of what they were at Braeburn. All and all it wasn't a bad attempt at a French restaurant here in Puerto Vallarta, but certainly didn't deserve rave reviews. I might go back to try something else, but I wouldn't rush back.

The service was very good and friendly. We ordered a second bottle of bubbly to share with a friendly couple we shared a table with, They were out of what we originally had, guess they only had one bottle, but they gave us a more expensive bottle at the same price. That was nice of them.

I would recommend La Lorraine if you are looking for an alternative to the usual fare and have a hankering for something French. Not bad, but not great. I think it suffered primarily because we were comparing it to a truly top-notch French restaurant. I suspect we would have rated it more highly if we hadn't ordered the same things that we had at Braeburn.
Posted by Bar Man at 9:24 AM