Once again we had a little St. Patrick's day get-together that started at my place, moved on to Murphy's Irish Pub and then ended up at my place again later. Another great day.

As usual, Marcie showed up early to help with the decoration.

No Expense Was Spared 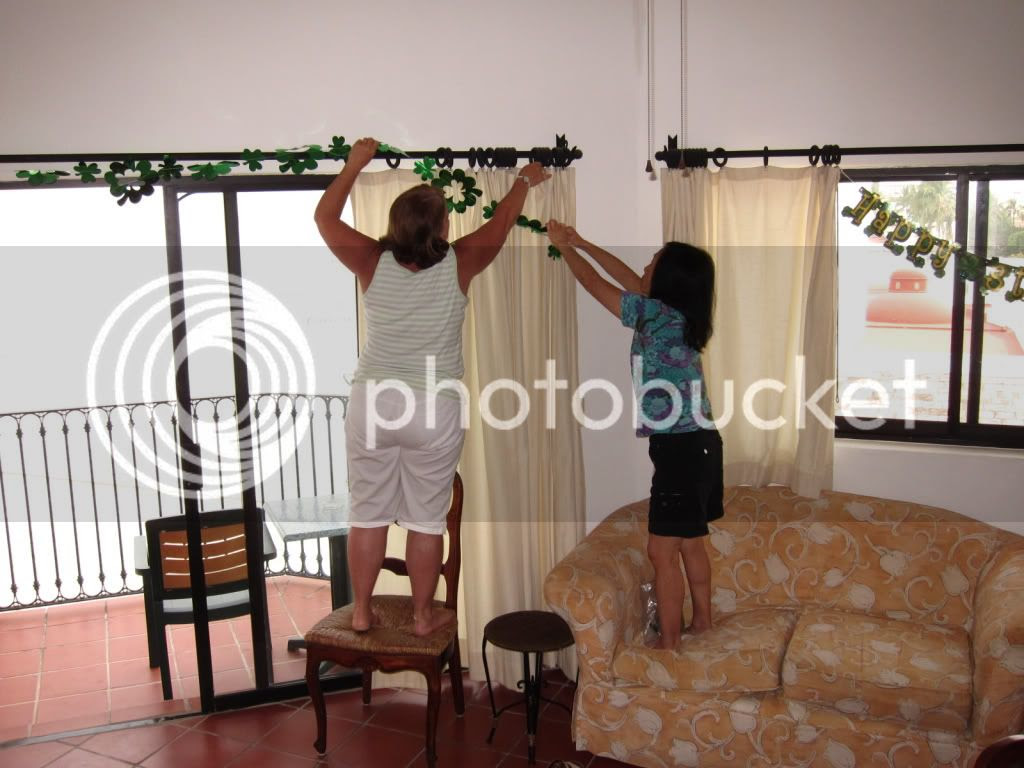 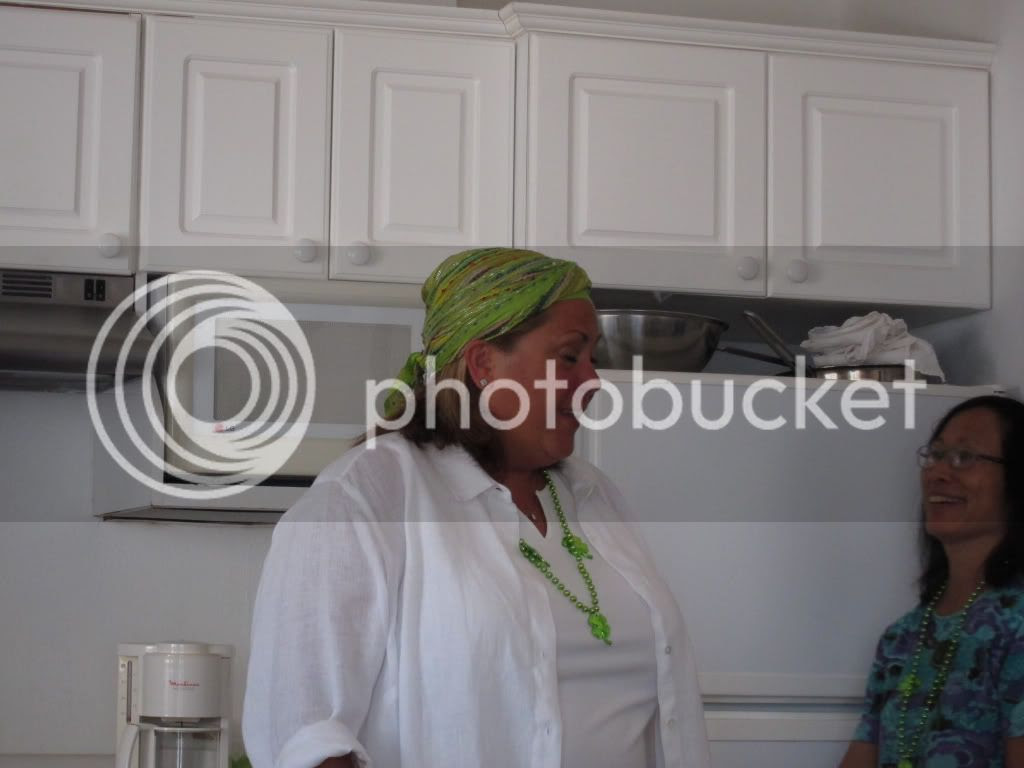 We even had green M&Ms. Marcie and Bill always bring down about 40 pounds of M&M's and Bill picked out the green ones while watching golf on television during those rare moments when it wasn't too exciting.

I made both green and blue margaritas beecause Steven, Allison's husband, told me that at one time blue was the official color of Ireland. There is a color called St. Patrick's blue, for some reason. And in Irish mythology, Flaitheas Éireann, the sovereignty of Ireland, was represented as a woman in a blue robe. Also, the Badge of the Order of St. Patrick is a pale blue.

Anyway, I was so busy tasting the margaritas that I lost my focus and forgot to take many pictures. There were ten of us drinking them, though, and slurping the jello shots that Marcie made.

My Focus Was Lost 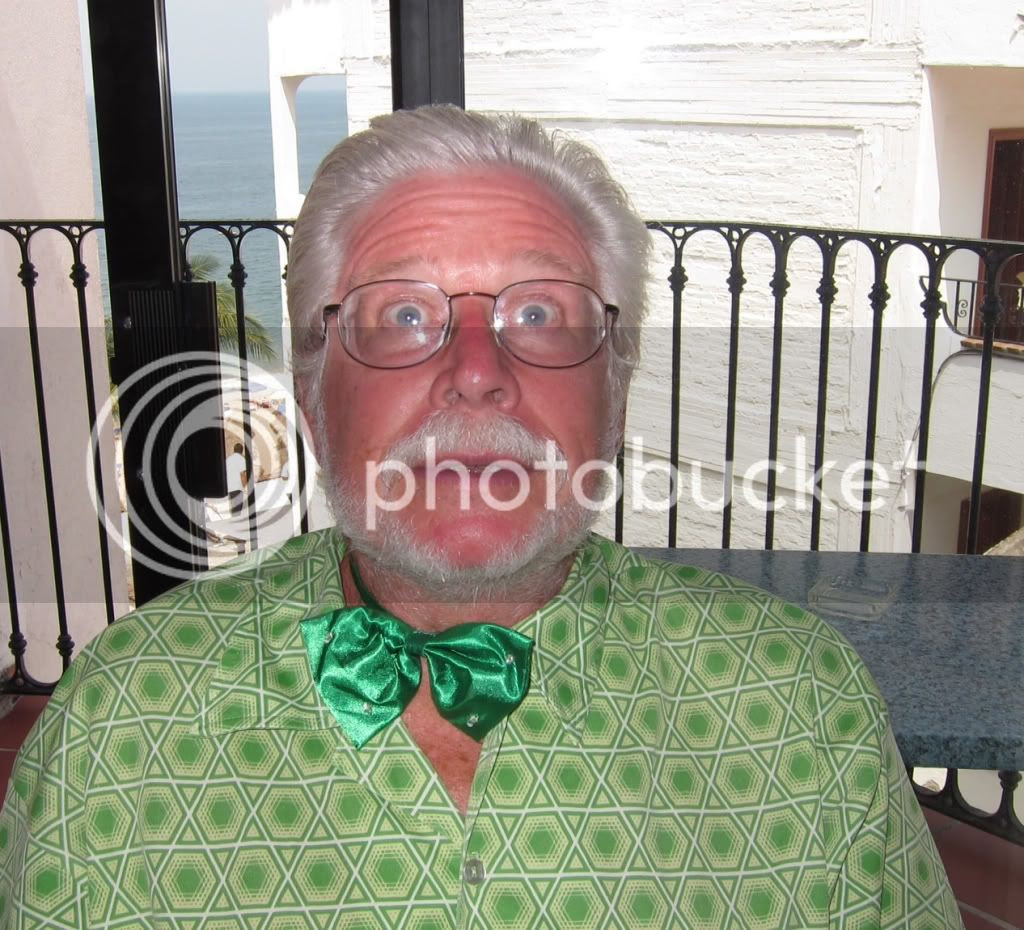 Somehow we all managed to collect ourselves and head off to Murphy's Irish Pub, though. You have to give us credit for that.

Look Out Murphy's, Here We Come 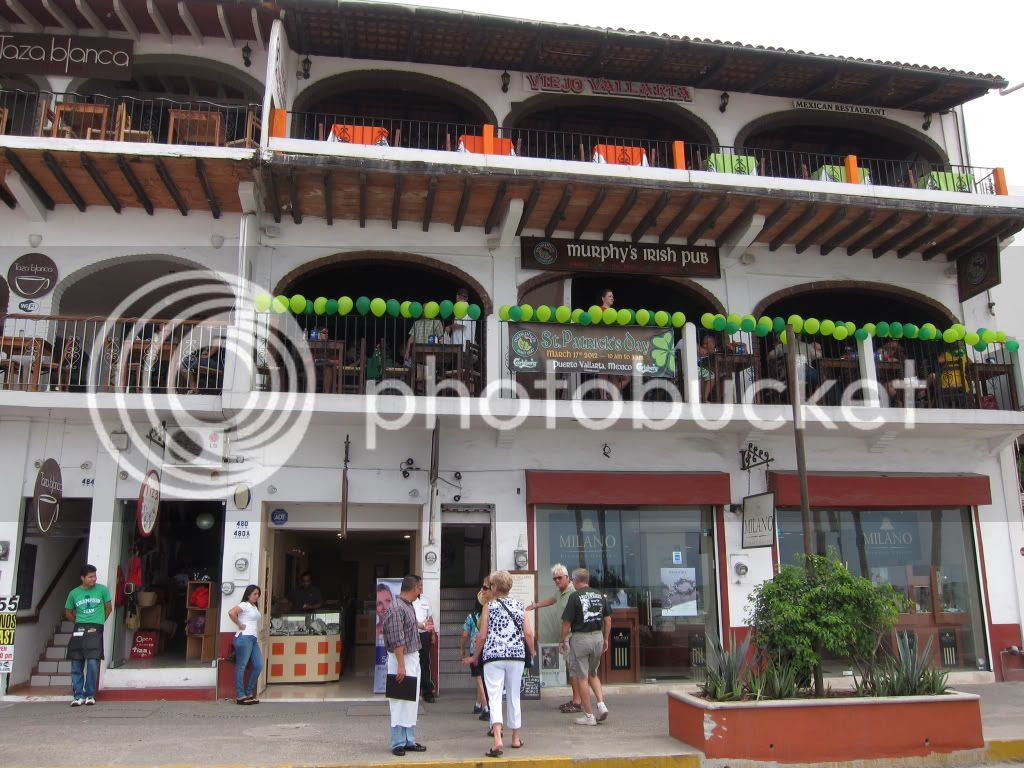 The Pogues were playing when we arrived, which is always a good sign, but the live band they had was most definitely not an Irish Band. They did play Danny Boy, though, but that isn't exactly the liveliest of Irish tunes. This year Murphy's had corned beef and cabbage in their buffet, so that was good.

We had a lively old time drinking and eating. Guiness and shots of Jameson for me, so I was happy. But then I think everyone was happy, no matter what they were drinking. 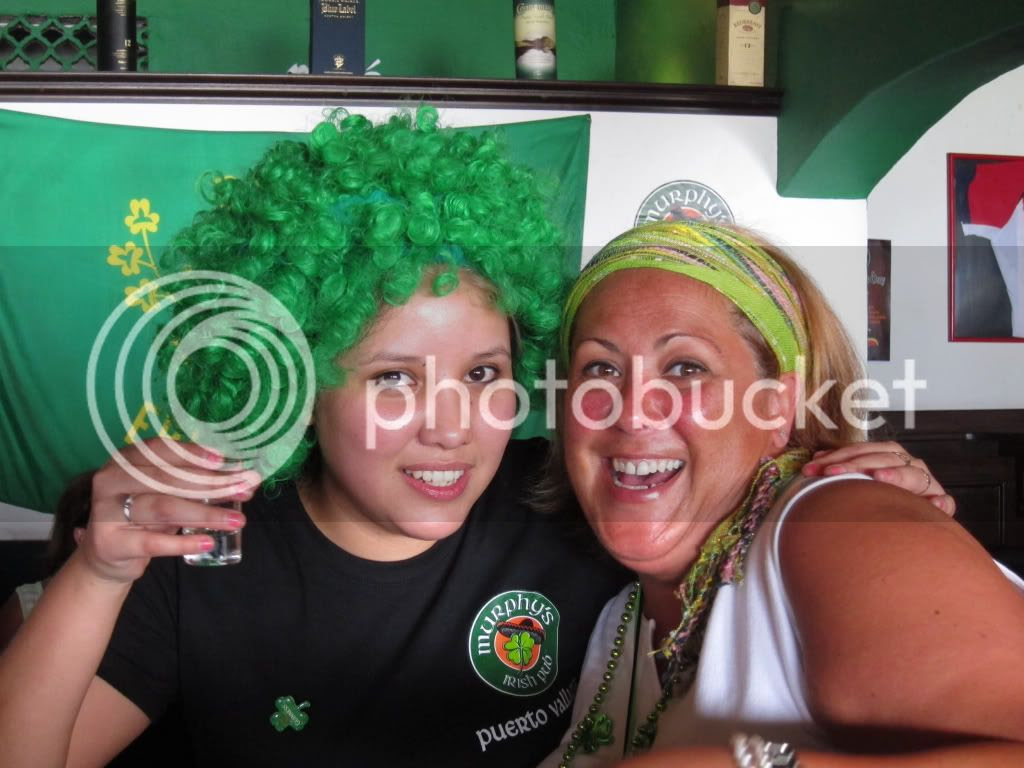 And Keeping Her Old 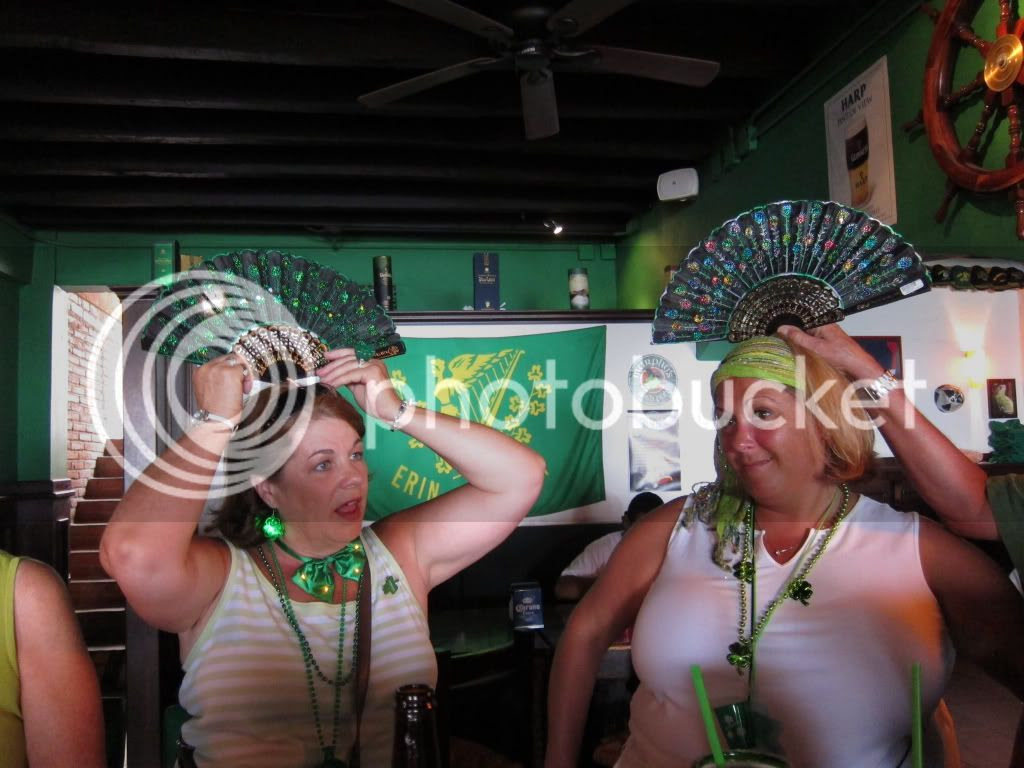 My friends Rico and Sandy, who didn't make the pre-party met us here. 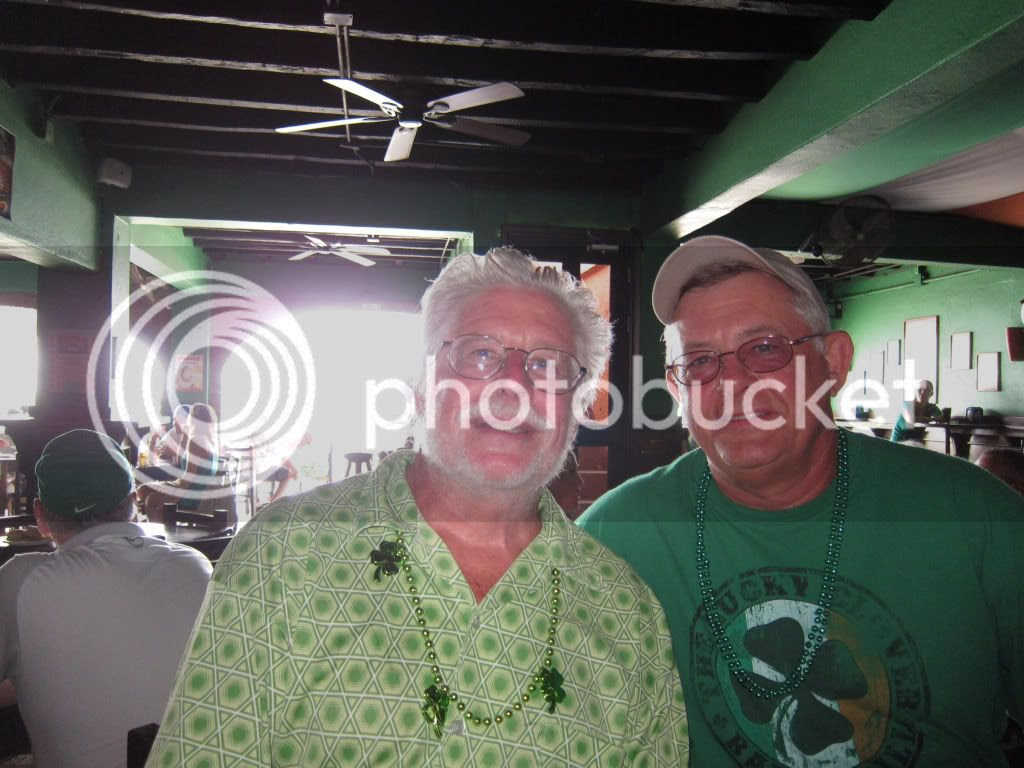 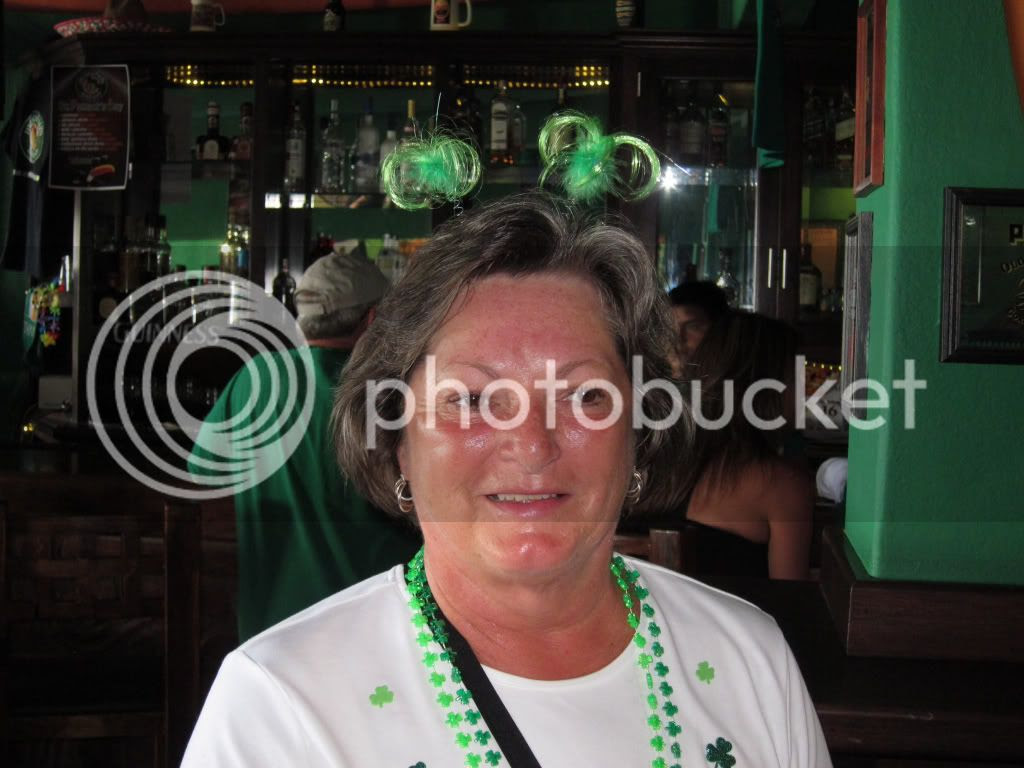 I think Marcie was afraid her boobs were falling off. 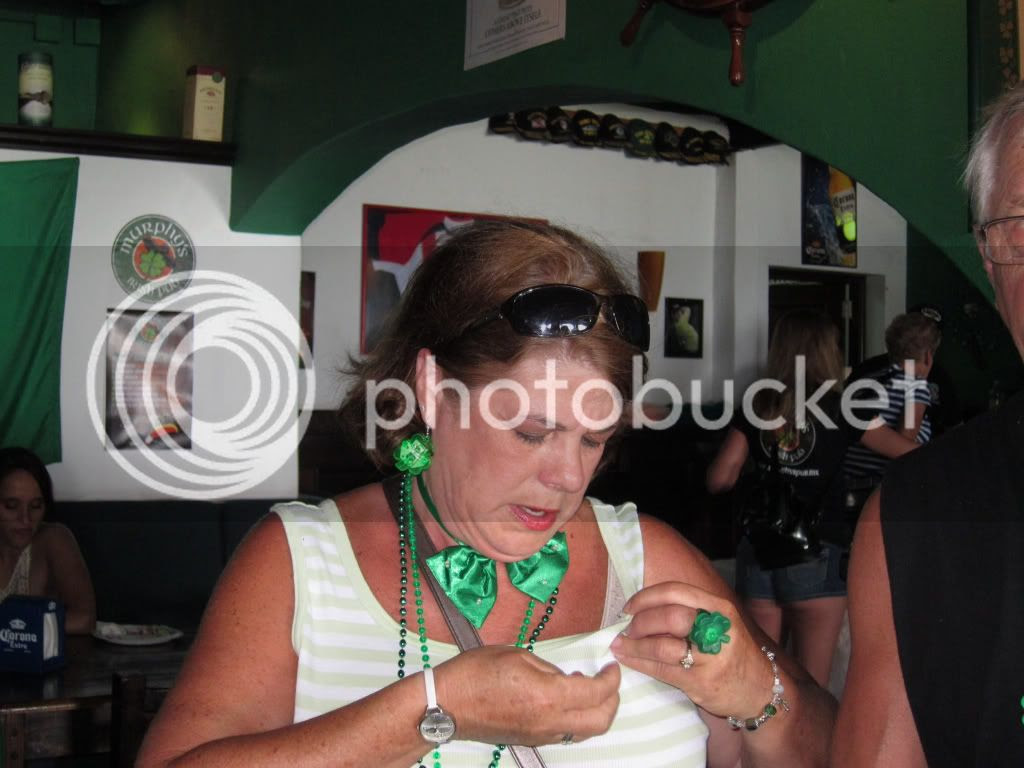 She And Bill Were Relieved 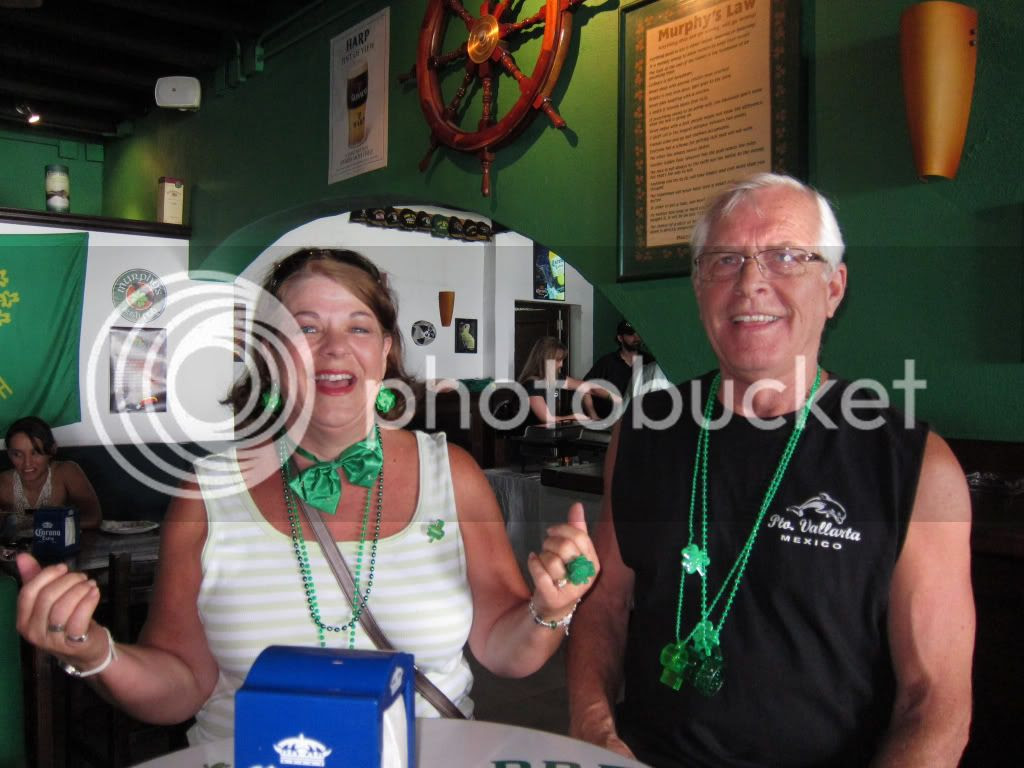 I Did Get Wayne And Marge, Though 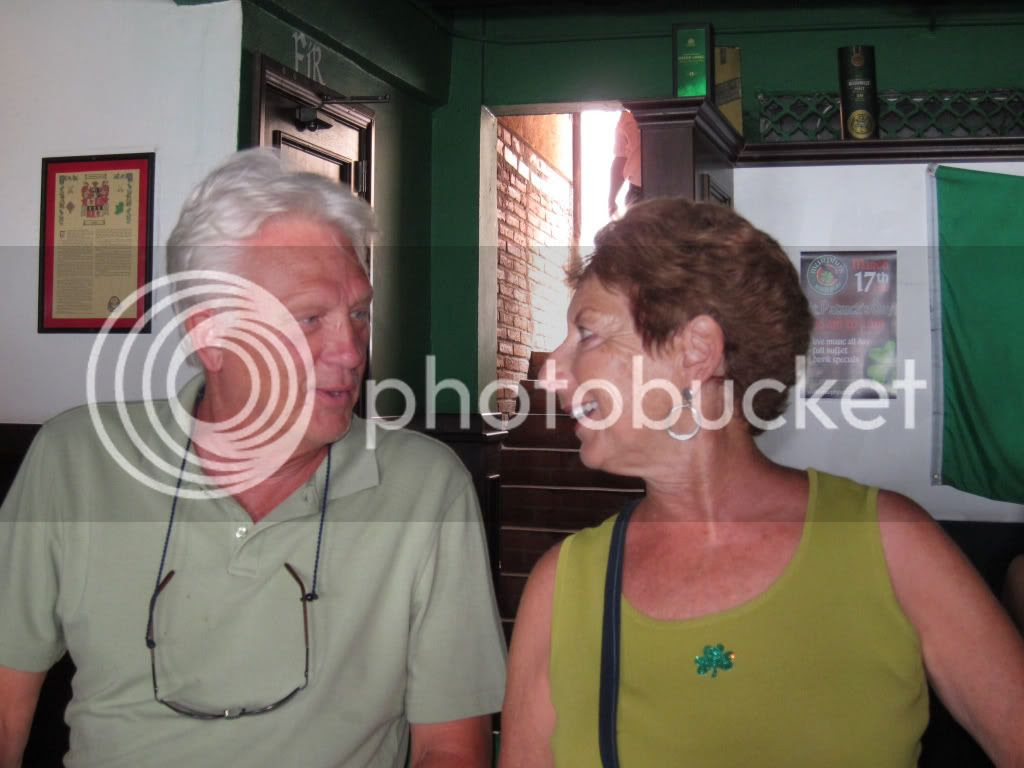 After an afternoon of general carousing we once more gathered at my place. Or at least some of the more hardy of us. That included Marcie but Bill was exhausted from sorting the M&M's, Allison and Steve and, of course, the Mysterious Chinese Woman. Like I would be able to lose her.

I Know Marcie Has Pictures 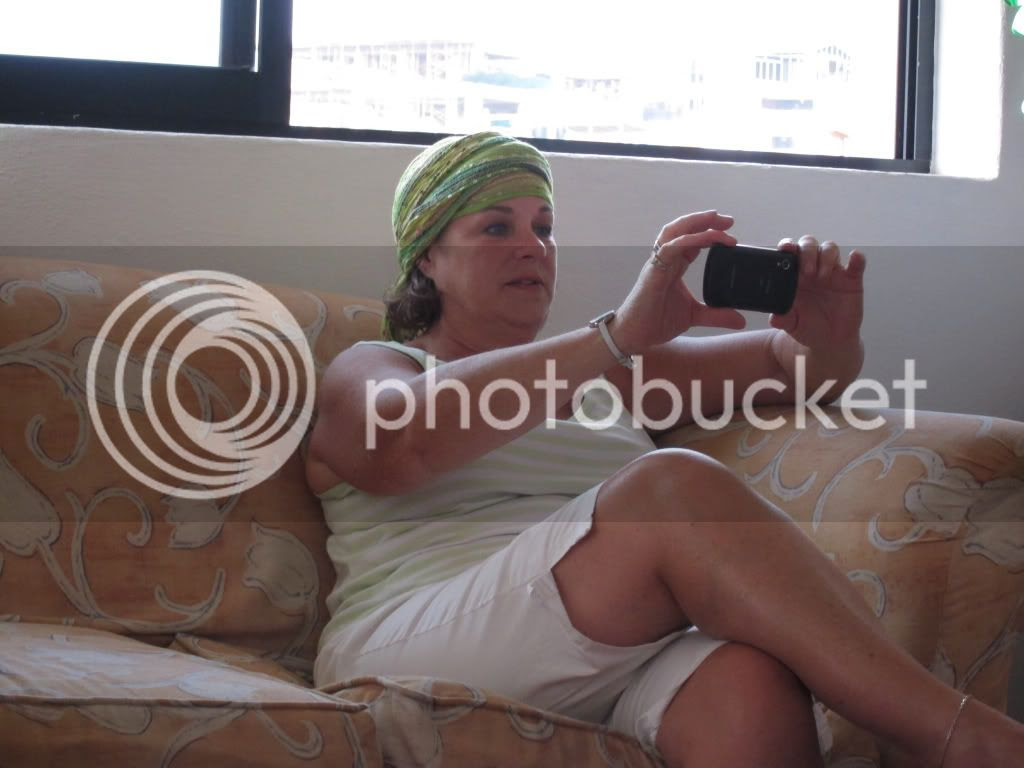 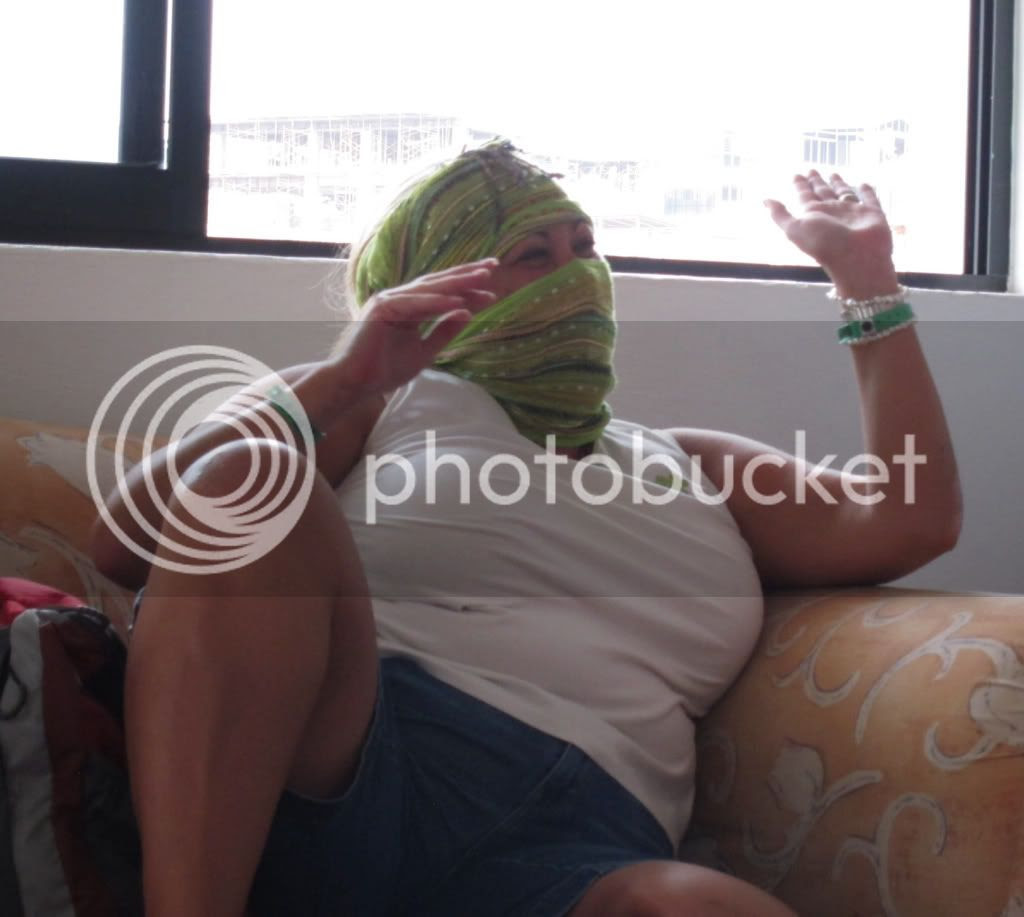 And then the day and celebrating came to an end, as it always does. But we had had quite enough and there is always another day to look forward to.
Posted by Bar Man at 5:30 PM 1 comment: