It's Only A Game

You may remember that last year he shared the cover with rookie Rory McIlroy.  That was the first year Tiger hadn't been featured solo.  This year the cover will feature the yellow flag at the Augusta National Golf Club.

Sales of the game have dropped by around 50% since the news of Tiger's infidelities pretty much flooded the media.

Tiger Woods will still appear on the PlayStation 3 Collector's Edition of the game, which will cost $10 more and include five additional courses.  Maybe it will, indeed, be a collector's item.  It may be the last version ever released.

This one really should be a collectors item.  When they put Favre on the cover they thought he had retired and put him in his, what everone at the time thought would be his last, Green Bay Packer's uniform.  Of course by the time the game came out Brett was playing for the Jets.  Now, don't you agree, that should make it a collectible? 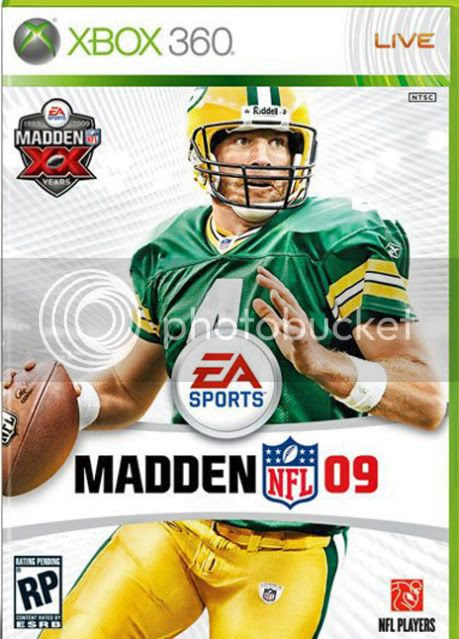 And, in the more hubris department, New York's Mayor Bloomberg still refuses to say where he was during the early morning of our Christmas blizzard saying "I have a right to a private life the same way you do."  Really, even when a blizzard is paralyzing the city and it is shutting down because noone seems to be in charge?

And this from a man whom many susupect of having presidential aspirations.  I don't think so.

Kettle Black in Brooklyn was one of the places that Mayor Bloomberg did visit for his photo-ops on streets that were plowed.  A bit of an interesting choice seeing as how back in April there was a huge brawl there that resulted in a Port Authority cop getting his jaw broken and a firefighter getting stabbed.  And, just a few days after the Mayor's visit, the principal owner of the Kettle Black, a former firefighter, pled guilty to cheating the state and city out of over $1 million taxes.  He is due to spend 90 days in the slammer after making restitution of about $1.5 million.  The owner of Kettle Black, that is, not the Mayor.

It is snowing here again, but big fluffy flakes that are melting as they hit the ground.  I can already hear Mayor Blommberg crowing about what a great job the city did this time around, keeping the streets clear and the trains running.
Posted by Bar Man at 8:30 AM No comments:

Our Congress At Work

Members of the House of Representatives, led by their new Republican majority, will kick off the 112th Congress this morning with a reading of the U.S. Constitution. The reading is largely a political maneuver, so it's no real surprise that the Constitution you'll hear read on C-SPAN this morning will be the politically correct version.

That is because no elected politician wants to stand up and read aloud the Founder's vision of African Americans equaling three-fifths of a white person, so the GOP has decided to leave that part, and others, out when the Constitution is read today.

The reading of the Constitution on the House floor has never been done before, and it's only happening today thanks to the tea party. Throughout the campaign last year, "returning to the Constitution" (in a vague and largely undefined way) was sacred to the tea party, and supporters of reading the document aloud today seem to hope that hearing the words in the House chamber will cause members to adhere to the document more closely.

Democrats and Republicans are expected to participate in the reading, but not all members of Congress think it's a worthy use of their time.  So of course, before time is wasted reading only the politically correct parts of the Constitution, additional time is being wasted while members debate about whether or not the Constitution should be read at all.

Oh well, what else have they got to do with their time?  Deal with the economy, unemployment, the national debt, the wars in Afghanistan and Iran?  Hah, that can wait.  Let's grandstand a bit first.

Any bets on whether or not John Boehner tears up when he reads his part?
Posted by Bar Man at 11:44 AM No comments:

Just a few random musings to start off the new year.

First, best headline of the year so far, the NY Daily News front page featrured a picture of my favorite quarterback, Brett Favre, with the caption "NO HAPPY ENDING" in regards to the ex-Jet masseuses suing both him and the Jets.

Second, during the whole snowstorm fiasco here in New York over Christmas, not only was Mayor Bloomberg nowhere to be found, he refuses to say where he was.  And Deputy Mayor Goldsmith, who oversees snow clearing, was in Washington on a skiing vacation.  In fact, as it turns out, nobody really knows who was actually in control during the snowstorm and its aftermath.  You have to love New York.

Third, How about those Knicks?  Not only did they blow out the NBA's best team last night, they positively humiliated them.  So much so that the Spurs coach pulled all of the starters with three minutes left in the game when they were down by ten.  Hell, I have seen the Knicks blow a ten point lead in less than three minutes before.  Oh, it was a real defensive battle, the score was 128 to 115.

Fourth, is "douchebag" now considered to be a dirty word?  I see that a number of publications, including the estimable NY Daily News, has begun to use "d-bag" in its place.

Fifth, does it really make sense to release a new version of "Huckleberry Finn" with the word "slave" replacing the word "nigger."  Now I agree that the word "nigger" is offensive to many, including me, but aren't we going a bit too far with this.  How many recent Afro-American authors, Richard Wright and James Baldwin come to mind, have used the word in their works.  And how about the Avengers song "White Nigger"?  Or the lyrics to "Oliver's Army" by Elvis Costello? Or the lyrics to "Battleground" by Joe Jackson?  Do we go back and edit the word out of everything?  And does substituting "N-word" in print really accomplish anything except looking silly?

Oh, and finally, I think Brett Favre has retired again.  But then, this is becoming something of an annual event.  Once more and they may declare it a national holiday.
Posted by Bar Man at 8:05 AM No comments: