Ah, I know the anticipation must be building beyond belief, but just one more block to go and we are there, Atlantic Avenue. But first we must get through this block.

American Apparel. This is what I don't like about gentrification, but it is a price you have to pay. When I first moved into this neighborhood it was a neat little place where you could buy their specialty, rotisserie chicken, and all sorts of sides for an extremely reasonable price. In fact it was downright cheap. And the place was always packed. Alas, as rents escalated they had to leave.

The next place to move in was a very nice upscale restaurant, Grappa. Excellent food and, as you might guess from the name, an impressive selection of grappas. I got to know the owners and one memorable, but not so rememorable, afternoon we sat and had a grappa tasting. Sadly, and I am not sure exactly why, the chef was replaced with one of the owners who was good, but it wasn't the same. And then, it just closed.

Now it is an American Apparel, which has no appeal. At least to me. 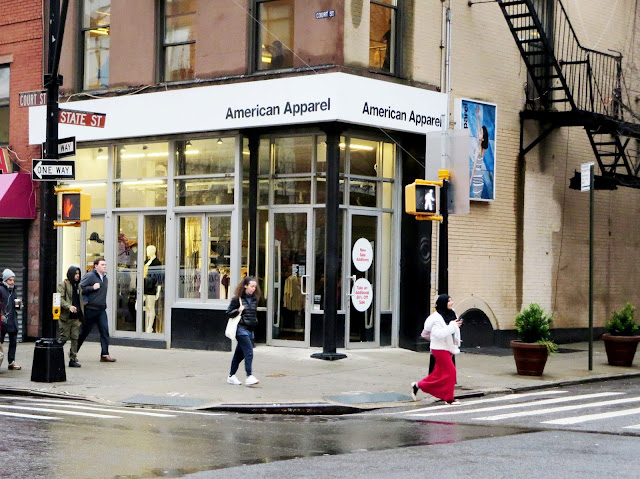 Next door is a place that has been around forever. If you want a quick slice or a pie to go, this is the place. Not my favorite pizza in the neighborhood, but my wife swears by it, as do many of my friends. It is the kind with the foldable crust favored by most New Yorkers. The kind of crust that lets you fold your slice in half so you can eat it as you walk down the street. They are a busy people. I prefer the pizzas with the crispier crust. 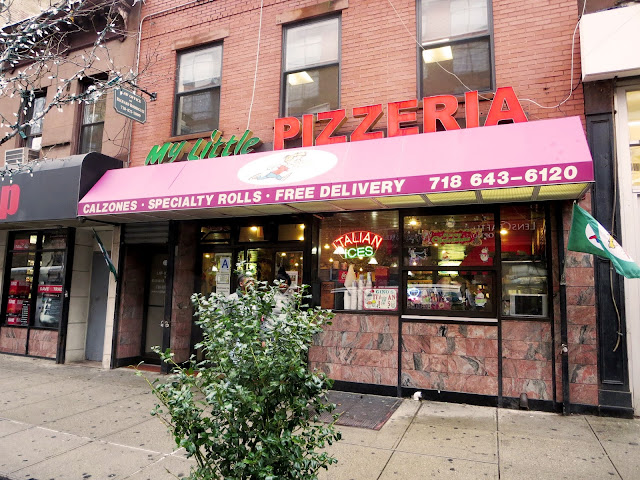 Moving right along, a place that I browse in, Game Stop. But I try to avoid it because I am prone to pick up yet another zombie game. Having gone through Dead Island and Dead Island Riptide more than once (two of the best zombie games I have ever played) I am trying to swear off games. But it is there if I have a relapse. 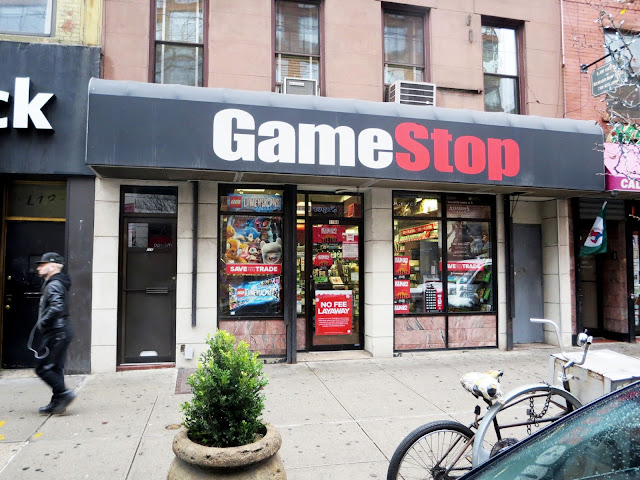 And for all your PC, phone, iPhone, etc., needs we have Radio Shack. Just like all the others, but it is convenient for when you want to pick up another cable or something. 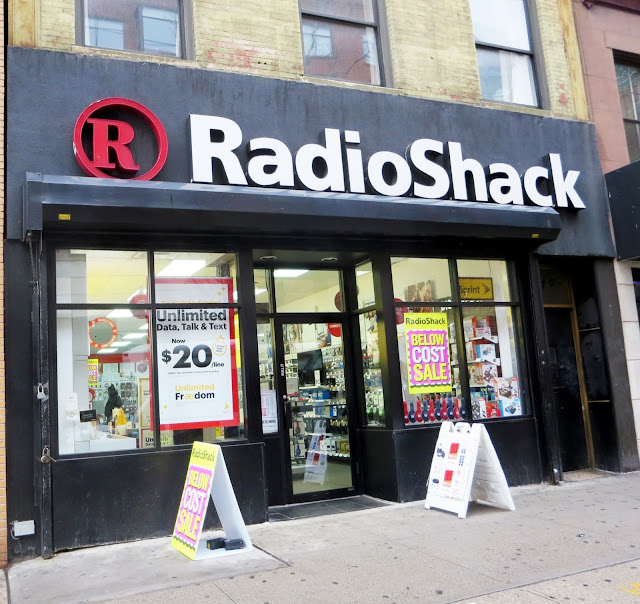 Now that is it for the west side of Court Street between Atlantic Avenue and State Street. Across the street there are only three places.

On the corner of State and Court you have a LensCrafters. I had my last eye exam there and picked up two sets of lenses for frames that I already had. After my cataract surgery I was too impatient to get my glasses so the first prescription that I got, the prescription, had to be adjusted after another six weeks or so. It takes a couple of months for your eyes to settle. Anyway, they did a fine job, and their prices are reasonable. 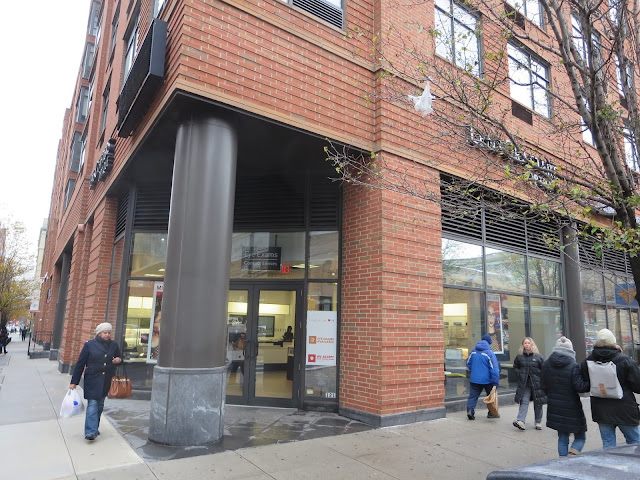 The Sports Runner's Shop has everything you might want for sports shoes. A bit on the pricey side, but we live in an increasingly upscale neighborhood so paying top price for a pair of running shoes, even if you don't run, is acceptable. Now don't hate me, I usually by mine at Modell's, just a few blocks away. 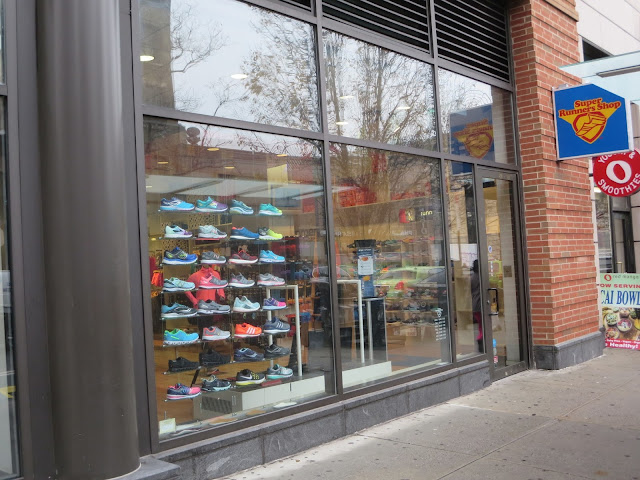 They do have a colorful window display, I must admit. And if I just need a pair of shoelaces I will drop in. 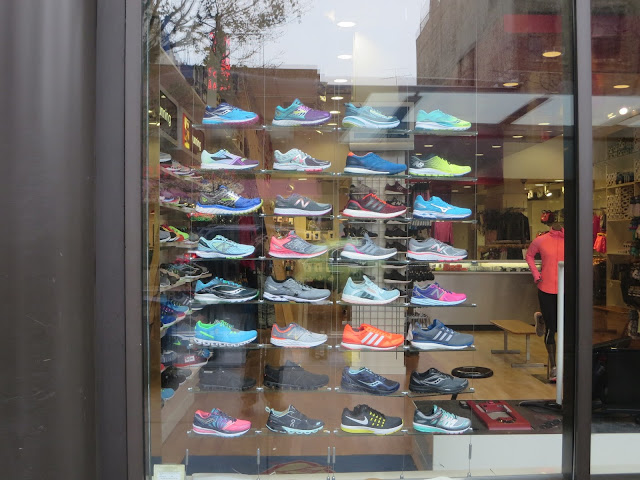 And, finally, we have a Red Mango. If you are in the mood for a frozen yogurt or a smoothie, this is the place to go. It is, however, another place I have never frequented. I guess I am just not a frozen yogurt or smoothie kind of guy. 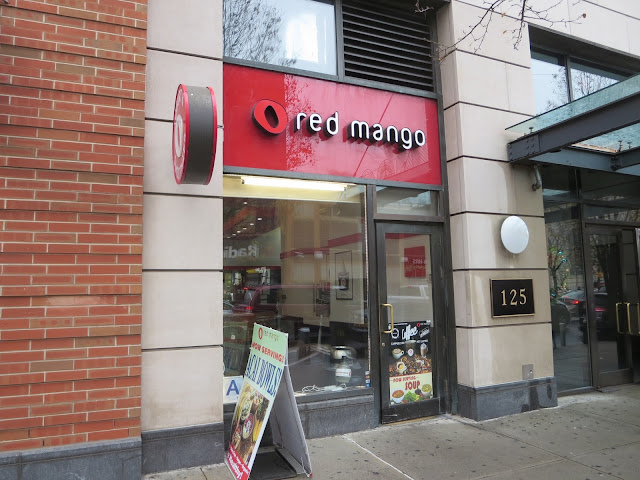 Well, there you have it. Even though we haven't even gotten to Atlantic Avenue you can see the many offerings just a couple blocks from where I live. Books, movies, liquor and wine, pizzas..., well, you get the idea. There is a lot going on in my neighborhood. And we are just covering a small part of it.

Next, Atlantic Avenue. And I will start at the west end of it with Montero's Bar & Grill. Stay tuned.
Posted by Bar Man at 5:30 PM 32 comments: