Joe Jack's Fish Shack is an absolute must if you are looking to satisfy your craving for fish and chips here in Puerto Vallarta. They are some of the best I have had anywhere, and certainly one of the best here in Puerto Vallarta. I would say the best, but I know I would hear if from some of the other places that serve them. Sweeny's comes to mind. 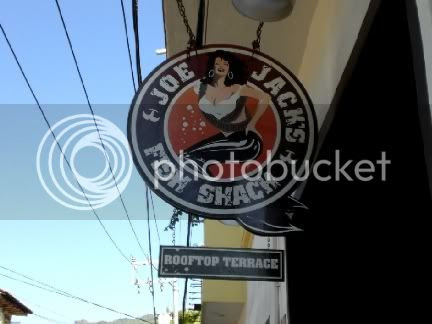 While we waited for our drinks to be served we were given a refreshing little veggie platter. 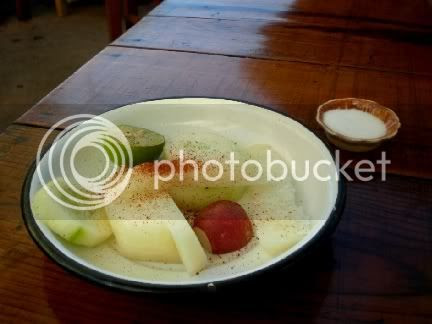 Cucumbers, jicama, and a radish or two really hits the spot.

And here is the Fish and Chips, served with a lot of excellent tartar sauce and a nice big mound of coleslaw. 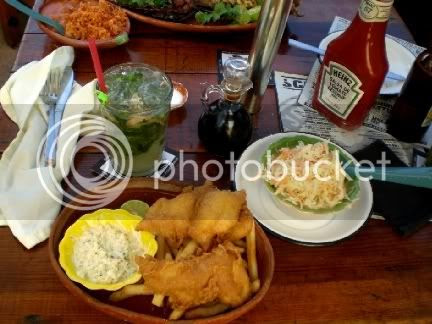 They also had a whole red snapper on the menu. The Mysterious Chinese Woman opted for that. They, like most places, only serve it when they get it fresh that day and they said they have it delivered twice a day if it is available. 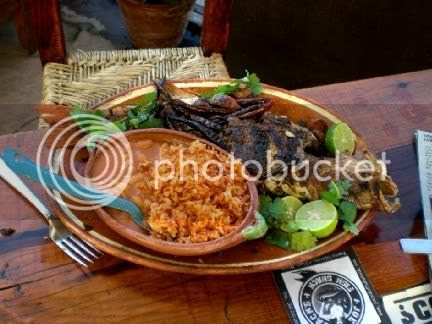 This really was delicious. Even better than El Dorado. They blacken it here so it is nice and spicy. As you can see, nothing went to waste. 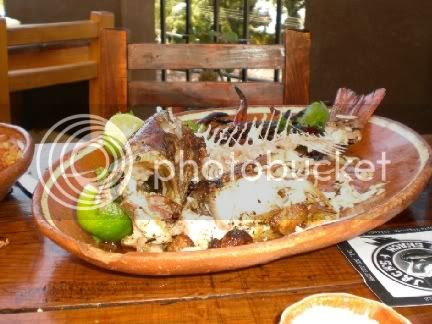 The have a bar downstairs and a small eating area but the upstairs deck always seems more inviting. Not a great view, but you do get to look out over the street at the nearby restaurants.

The View From The Terrace I am more interested in the old Mexican movie posters, one of which you saw in my last post.

Ah, If Only They Were Still Playing 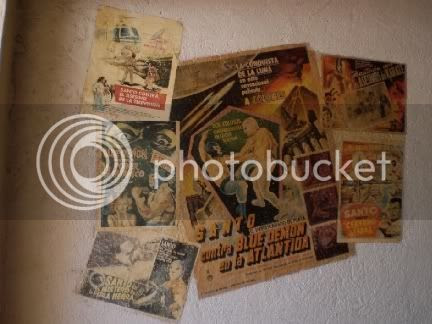 Actually, when Commander U.S.A. had his television program in New York he showed a bunch of the Santo movies. A real trip to watch, particularly if you were a bit, shall we say, removed from the real world. Santo is a professional Mexican wrestler who never, even when he is not wrestling, removes his silver mask. Improbably, he is always getting involved with spys or futuristic beings bent on taking over the earth. Of course there is always the obligatory wrestling match or two thrown in just for good measure. 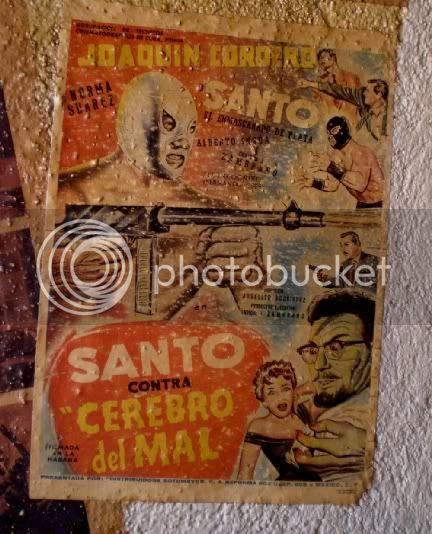 I started out with a regular Mojito but for my second drink the waitress, Ivette, suggested the ginger Mojito. A great suggestion. 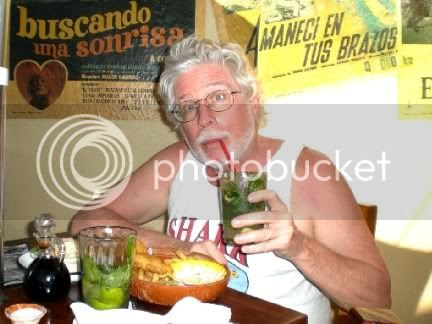 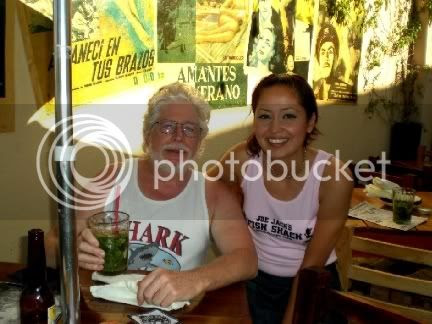 Even though it is a fish shack, they do have the obligatory head of bull mounted on the wall. Joe Jack's is a relative new-comer to Puerto Vallarta, only been here a few years now, but it was a hit almost from the day it oppened. If you ever eat there you will know why. I am sure I will be back again this visit.
Posted by Bar Man at 1:10 PM