Now here was something new in Puerto Vallarta that seems like it is a big success, a small farmers market.  It is actually more of a mixed bag of stuff with little produce offered for sale.  That is probably because the space is relatively restricted.  And because a lot of the stuff comes in from outlaying towns it doesn't open until 10:00 AM and then only stays open for about four hours. 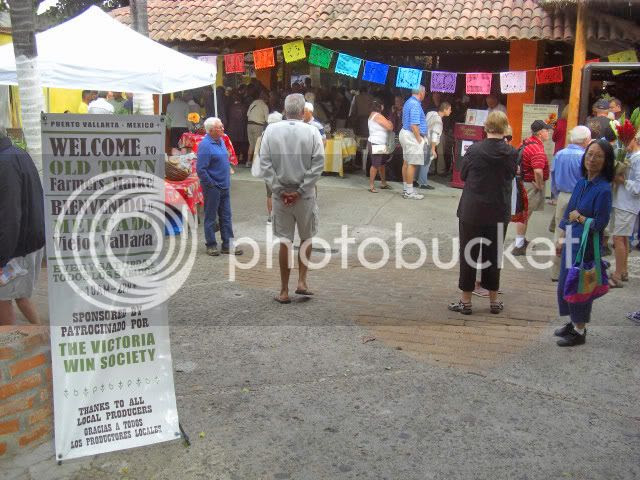 But the place was packed.  Almost too much so, not too much room to move around.  But there was a lot of interesting stuff to see and some decent stuff to buy as well. 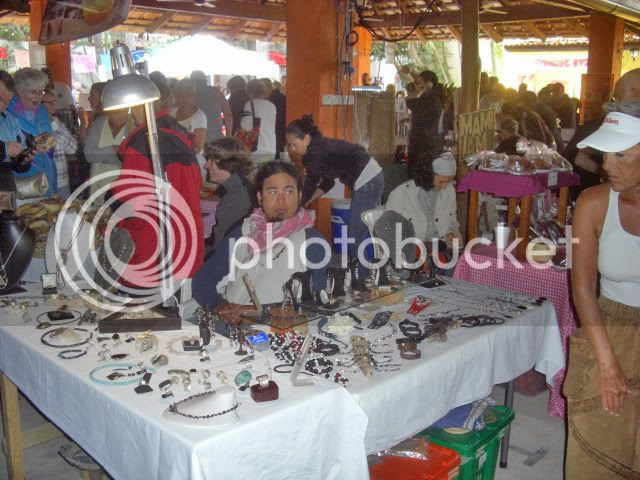 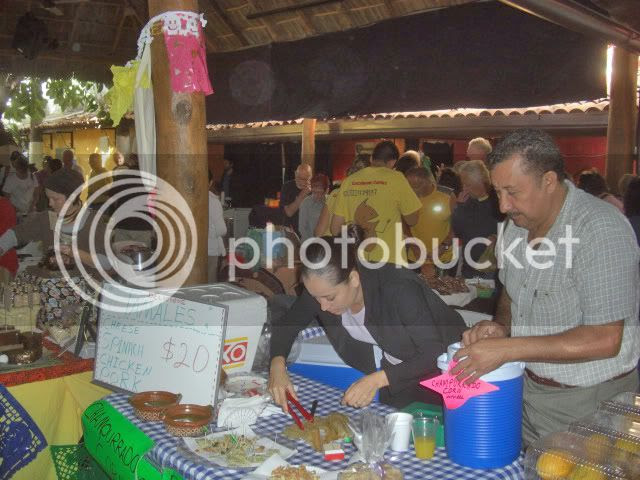 Now Bar Man loves tamales, but the woman said that her's were made without lard.  Perhaps she thought that would be a selling point, and I am sure it is for the health-conscious tofu eating crowd.  But personally I prefer the more authentic tamales for which lard is an essential ingredient.  I took a pass but the Mysterious Chinese Woman (she likes tofu, too) bought one and said it was very good.

This fellow was handing out free samples of his chili and, I have to say, it was very good. 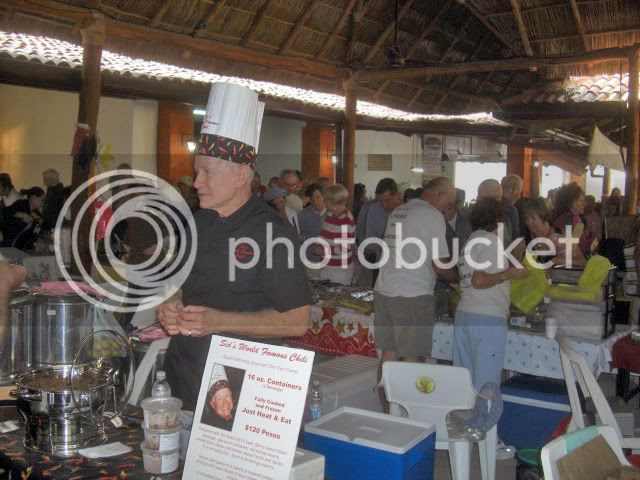 World famous might be a wee bit of a stretch.  There was a chili contest being held this day, one that I went to and posted about last year.  I asked him why he wasn't out there.  He said he won a prize last year and this year hhe was more into money than glory.  He was selling heat-and-eat frozen packages for 120 pesos a pound which I thought wa a bit steep. But it was very good, and if you didn't feel like taking the time to make your own might just be worth it.

I had to stop and sample one of Bickel's pickles and then we got into a discussion about, what else, pickles.  I told him how in Brooklyn you can get pickles out of a tub that are one day, two day, one week, etc., old.  Their pickles were really good, though, and much better than what is available in jars down here.

Bickel's Pickles - Got To Love The Name 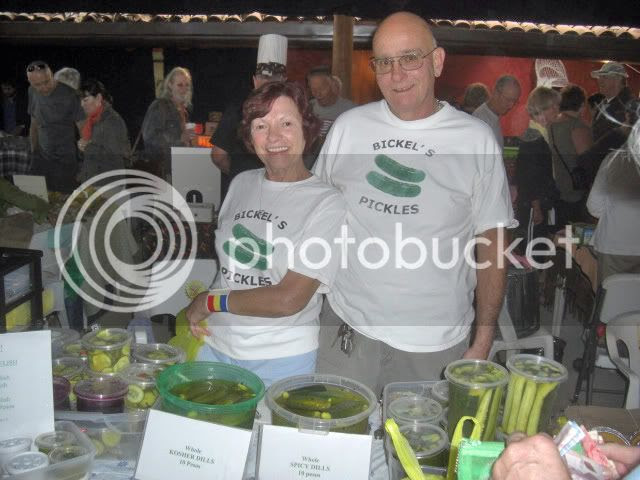 I bought a container of them and I am sure they will be gone by this coming Saturday so I hope they return so I can buy some more.  I just ate a couple and I think they gave me the farts.  Or at least something has.  Luckily we have a nice breeze blowing through our place.

I am not sure what this lady was selling.  I thought it might be sauces and dips, but then it might also have been hand creams and lotions. 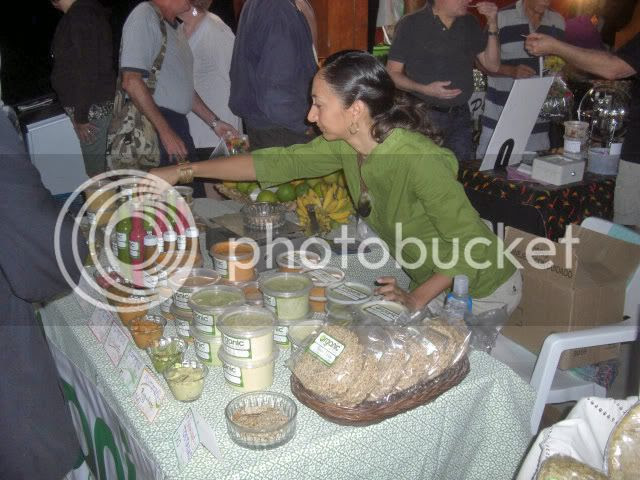 This was kind of the bakery section and they must have really good stuff because it had far and away the longest line of people waiting to make their purchases. 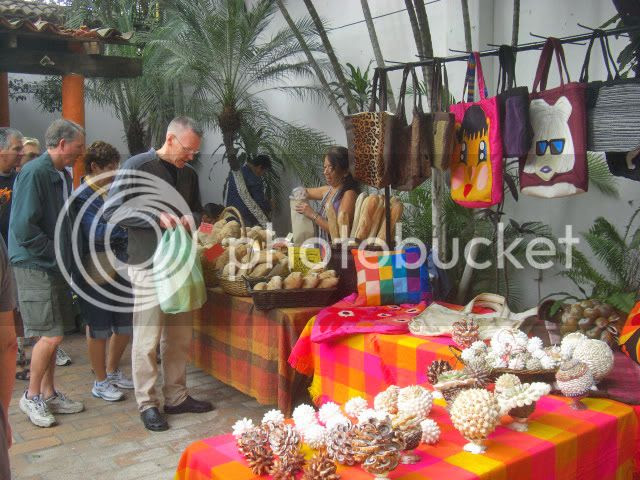 I think this was homemade jams and jellys, but I am not really sure.

Jelly And Jam, I Think 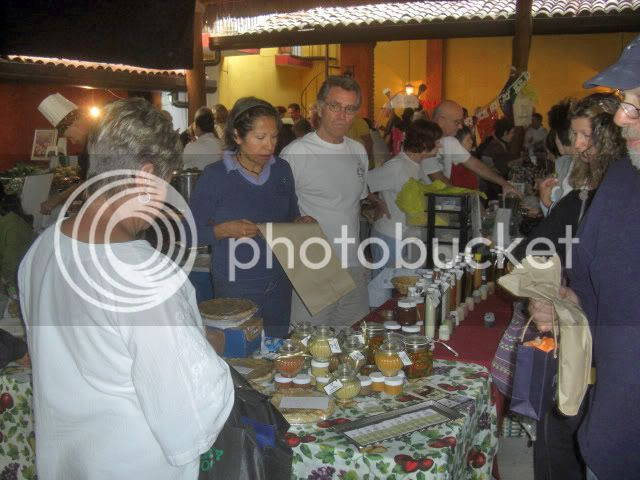 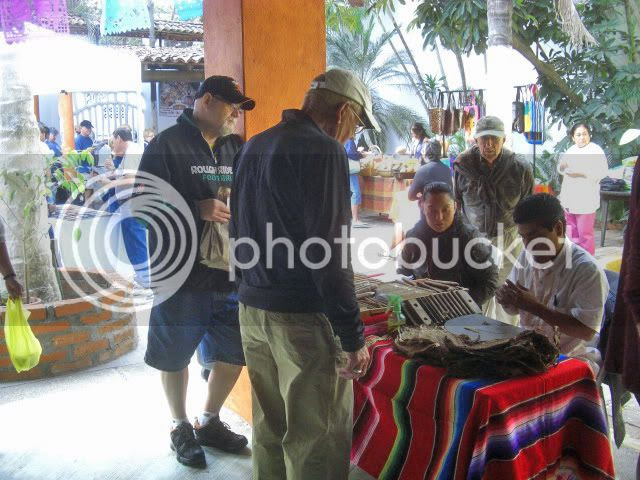 There was also a place where they were selling frozen sausages and other meat products.  For some reason I didn't get a picture, but I did buy a package of their Italian sausage.  The Mysterious Chinese Woman used one with some pasta she made and it was quite good.  Their store is in Bucerias and I sent them an email to see if they can bring in a New Zealand leg of lamb this Saturday.  I am having friends over for a Sunday dinner and want to roast it for them (and me).

As you can see, this really was a big hit and I am looking forward to returning. 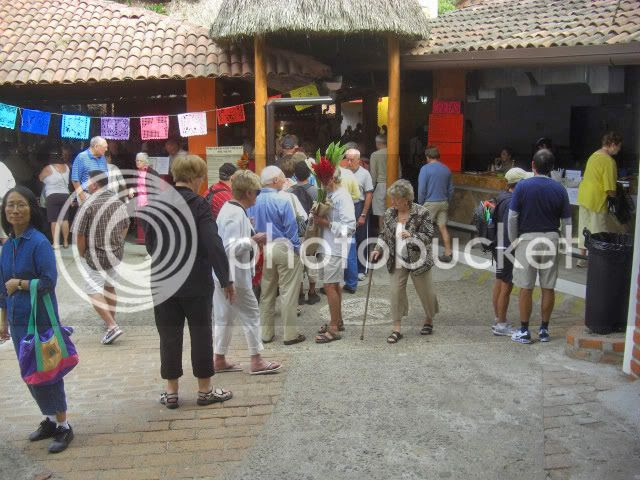 Last week we went to a soiree at Fusion Gourmet and I met a couple from Calgary, or at least up that way.  They just moved down here permanently a short while ago. The guy, Randall, plays an electric mandolin in a trio so we went to see him Saturday night at an art show.  Hey, free wine and cheap beer.

Randall Is In The Middle 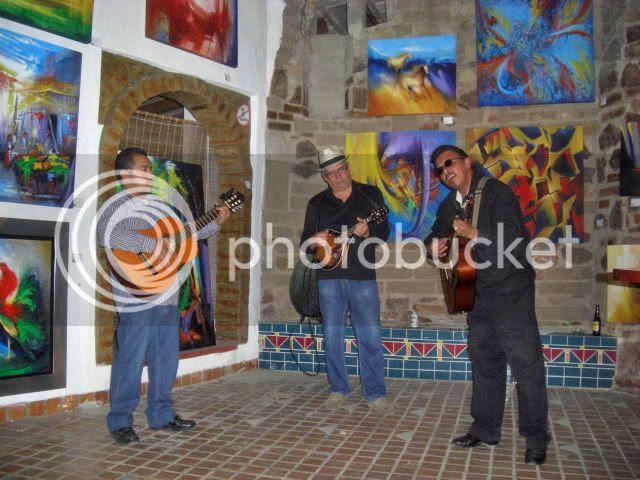 Tonight we are heading to the Botanical Gardens for a members only affair.  Of course this means that I and the Mysterious Chinese Woman have to become members.  Should be a lot of fun.  Food, drink, music and dancing.  Plus 1000 candles lighting up the garden.  I hope to get some good pictures and will put them up tomorrow so be sure to check.  It is kind of a long bus ride to get out there so I hope my pickle problem has abated by then.  If not I will just glare at the Mysterious Chinese Woman and act like she is to blame.
Posted by Bar Man at 2:53 PM

The pickle problem can be solved by dipping the pickle in baking soda before eating. I don't recommend this however as it does make the pickle taste nasty. Just live with it and keeping pointing fingers at unsuspecting individuals.

I will skip the baking soda but will keep pointing fingers. Thanks.