The other day a few of us headed out to my friends Tom and Elba's (but everyone calls her Baya) house to make tamales. Well, in my case it was to watch tamales being made.

They live out on the way to Pitillal. When I first started coming to Puerto Vallarta Pitillal was almost like a distant village and the first thing you saw on the way into town was a cockfight ring. The ring is long gone and Pitillal is now more of a suburb.

We took the bus to Walmart where Tom picked us up for the ride to his house. We could have taken the bus right to the entrance to his complex, only we wouldn't have known where to get off. That was where we caught the bus to go home, though.

I have kind of a running dialogue going with one of the columnists in the PVMirror, a weekly English language paper here. She is always complaining about the number of largely unoccupied buses here in Puerto Vallarta. Again, as usual, the bus that I took, both coming and going, was standing room only.

I have gained a whole new respect for the making of tamales. It is a long and labor intensive process. Baya said that Mexicans typically devote a whole day to making them and then make enough to last a long time.

The process started by cutting up chickens for the fillings. 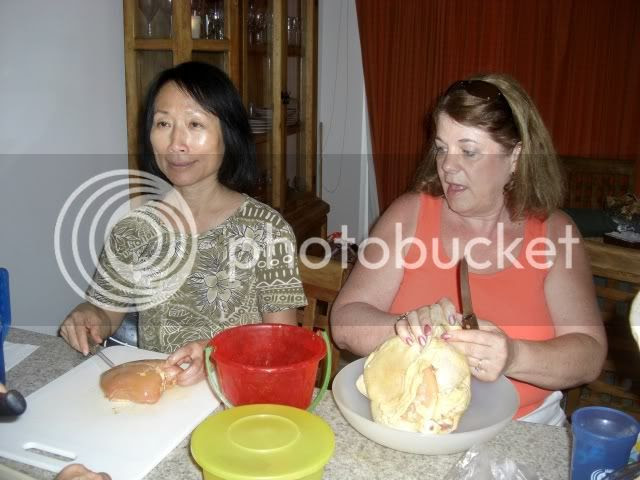 Then the real work begins, kneading and pounding the dough. I think it is just corn flour with freshly made stock from the chickens added along with melted lard. 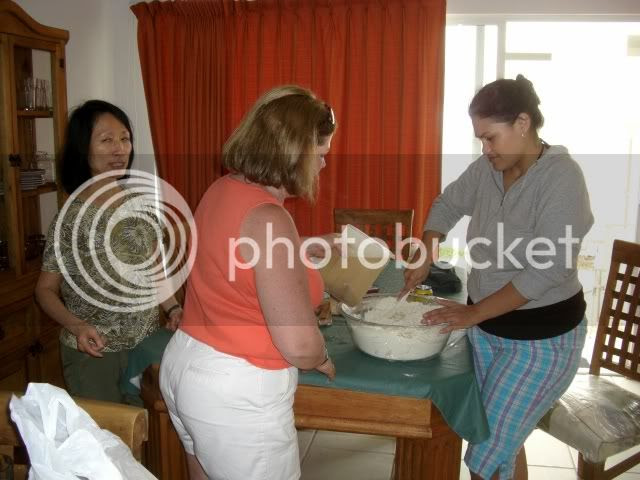 That is Marisol, Baya's daughter doing most of the work, but she was soon joined by Baya who, like all mothers, offered advice.

The More The Merrier 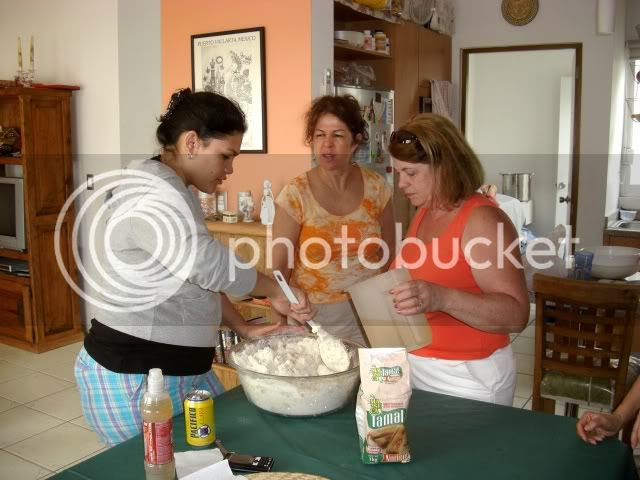 And before you knew it there was a whole gaggle of onlookers. That is Tom, Baya's husband, and Marisol's daughter Belinda joining the crowd.

One Day, Belinda, You Will Be Doing This 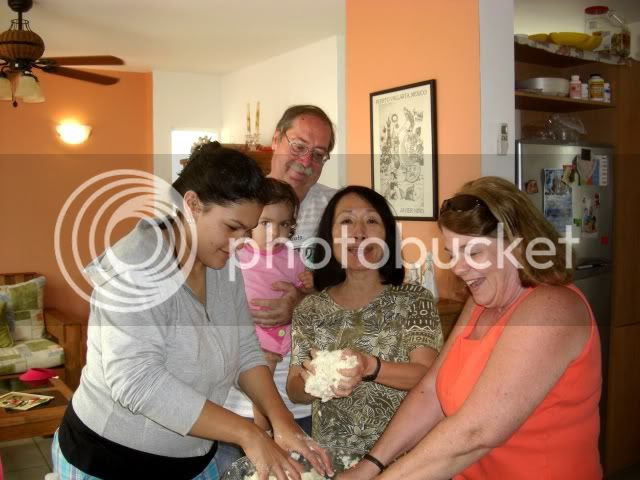 I think Belinda was less than enthusiastic about that proposition and decided to retreat to her little hide-away for a snack.

I Want To Be Alone 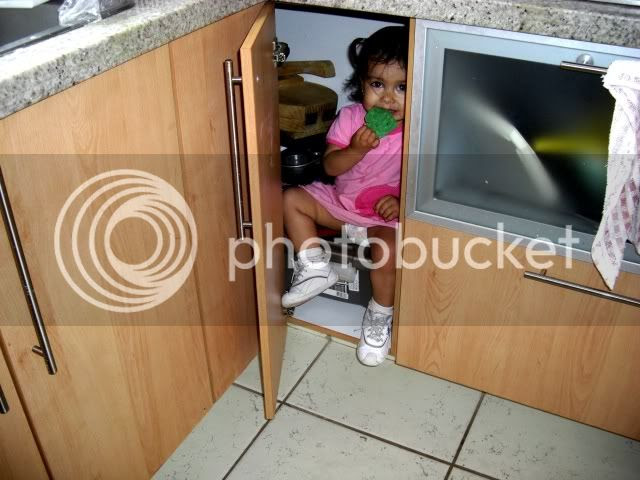 Then more prep work cutting up and cooking the vegetables that would also be used in the filling.

Told You It Was A Long Process 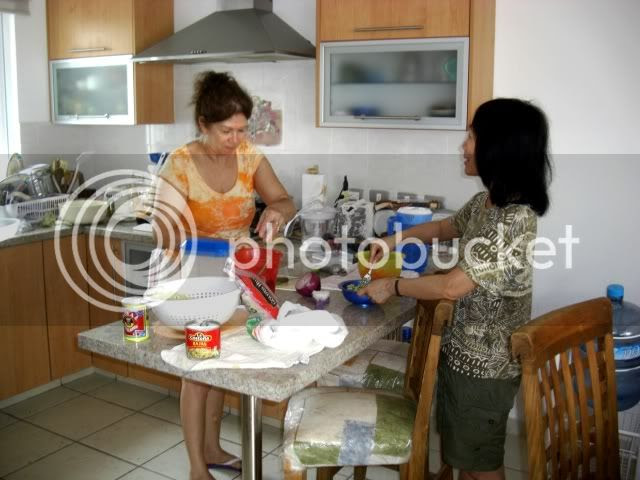 After hours of pounding and kneading the dough to a creamy texture it was time to actually wrap the dough around the filling and then wrap that all in the corn husks.

Finally, Getting To The End 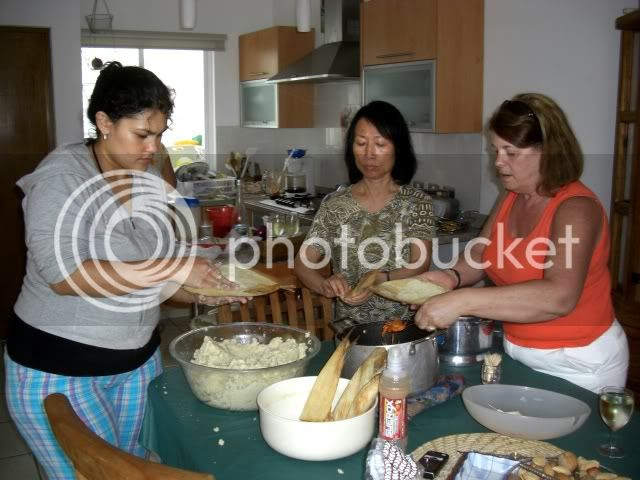 Once everything is wrapped up the tamales are steamed and then ready for eating. 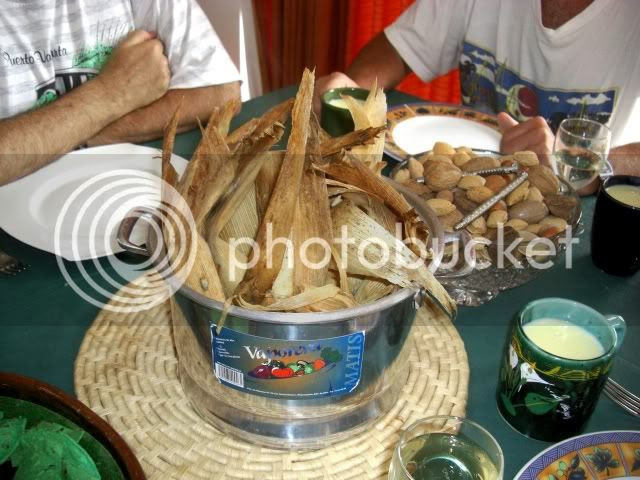 The stuff in the mug is a warm drink made out of cornmeal that has a taste and consistency of a warm vanilla malted milk. It was quite good, much better than I expected. Tom, who spends part of the year with Baya in Wisconsin (nothing will be said about Brett Favre) says it is particularly good on a cold winter morning along with tamales. Tamales seem to be a pretty standard Mexican breakfast.

And, of course, the Mysterious Chinese Woman had to display here handiwork.

So Much Better When You Make Them Yourself 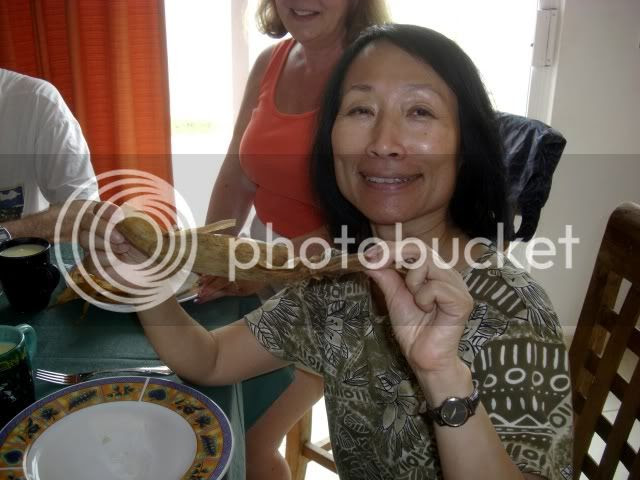 A Naked Tamale, Unwrapped And Ready For Eating 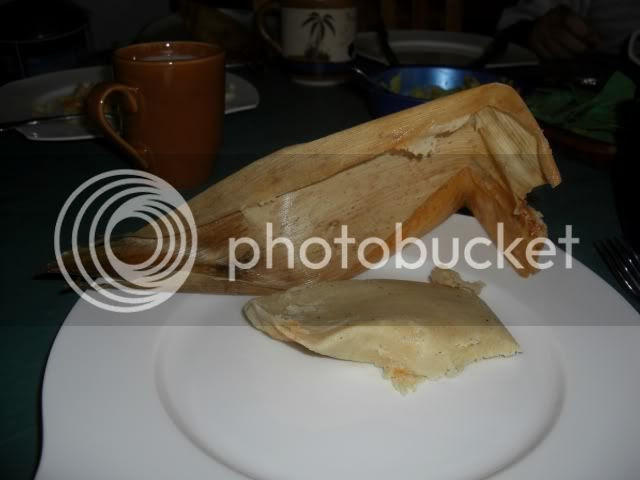 And here are the spot the differences pictures. We really need to hire a full time photographer so we can all be in the same picture one day. 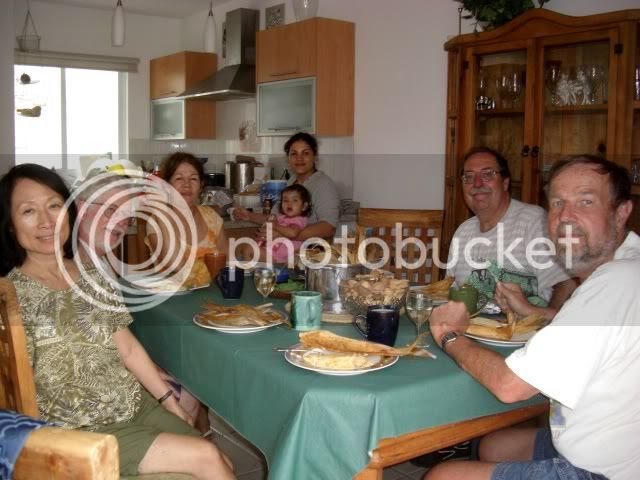 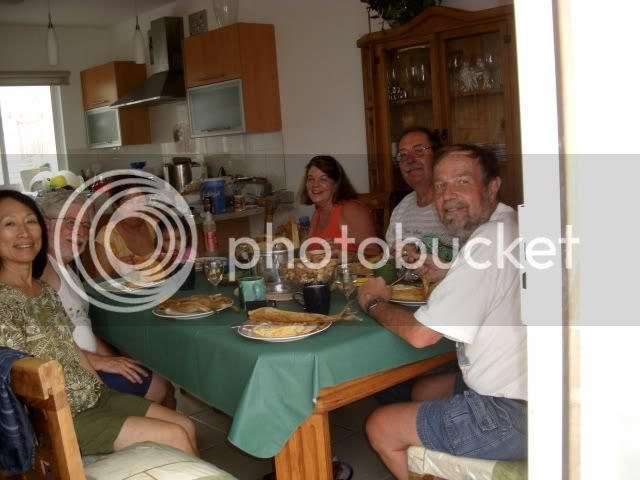 Pay particular attention to the gentleman on the right. That is Peter, Tom's brother. He has been complaining that his friends want to know why he is never in any of my pictures so I am trying to make it up to him.

If you ever order tamales in a Mexican restaurant I hope this gives you some appreciation for the amount of work that goes into making them. It really does take a long time and a lot of muscle to pound that dough into the creamy texture required. But, in my opinion, the effort is well worth it. Particularly when none of the effort is mine.

Oh, almost forgot, today is also Chinese New Year. It is the year of the Tiger. The year of the Tiger is a very likely to be a volatile year, everything is taken to its limit. It can also be a year of war, disasters and all kinds of disputes. It is a year for massive change, but this can also bring out the best. Hold on to your hats.
Posted by Bar Man at 11:56 PM