Before getting into the chili/pasta thing, let me congratulate all of you Saints fans out there. An unusually exciting Super Bowl for a change, and I was glad to see the Saints win. Not too surprisingly, they are partying like crazy in New Orleans and schools and most businesses are closed for the occasion. And the parade isn't even until tomorrow.

Saturday a bunch of us took a bus up the river to a chili and pasta contest. 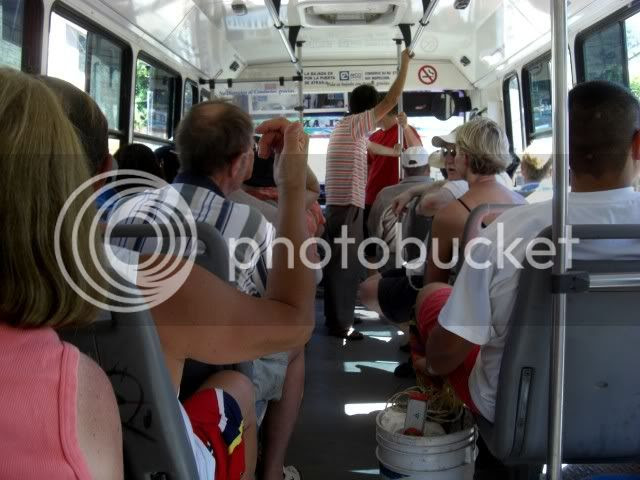 It is about a twenty minute bus ride that is worth more than the price of admission, 6.5 pesos or about 50 cents. You get to wind your way through some little neighborhoods you otherwise might not see and marvel at how the bus can navigate its way through the narrow streets. 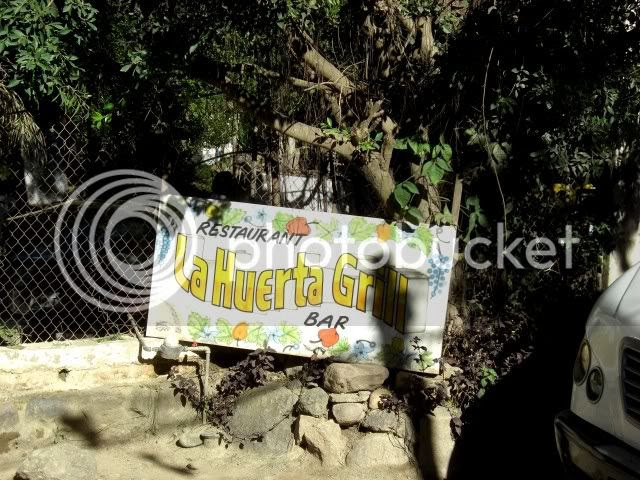 La Huerta means something like truck farm in Spanish, and I guess is a reference to the fresh produce they use in their cooking here. Victoriano Huerta was also a general in the Mexican Revolution during which, it seems, most of the revolutionaries spent most of their time fighting each other. Mexican history is really quite fascinating, and I should spend more time studying it.

I wasn't quite sure what to make of the ambulance parked at the entrance to the courtyard where the contest was being held. Was this some kind of an omen? 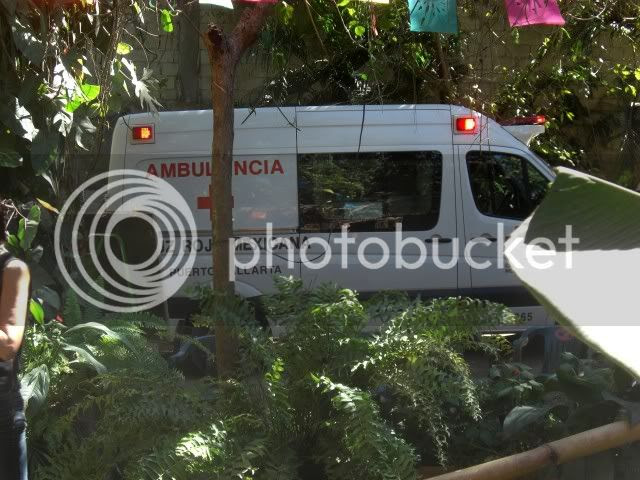 No need to worry, though. The contest was to raise money for the Mexican Red Cross so it was there primarily as an advertisement.

They had a nice little bar and my old friend Sweeny of Sweeny's Bar was already parked when I arrived.

Sweeny At The Bar 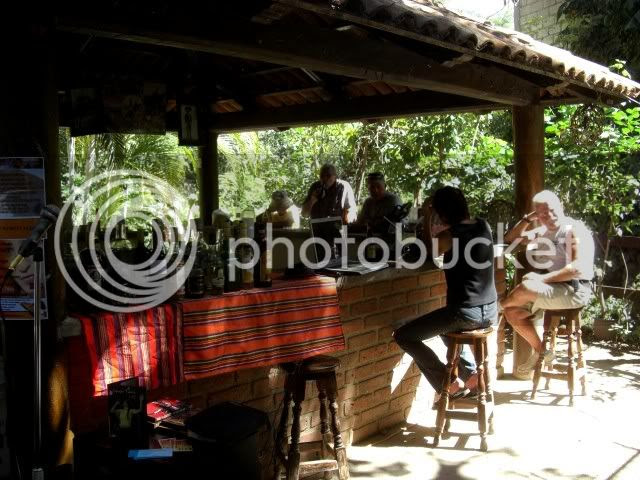 He was a participant in the chili contest. The contest was a bit, shall we say, disorganized. First, both of the local English weekly papers had the time of the event listed as 2:00 PM. However, when we arrived shortly before then the place was already packed and a lot of the chili and pasta dishes were already gone. 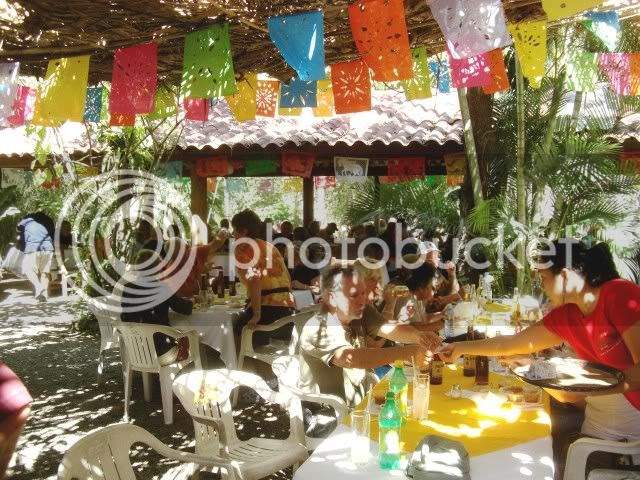 Then, next to each chili and pasta dish were little plastic dishes with a number on the bottom that was supposed to correspond to either the chili or pasta to the left or to the right of them. I never did quite figure it out. 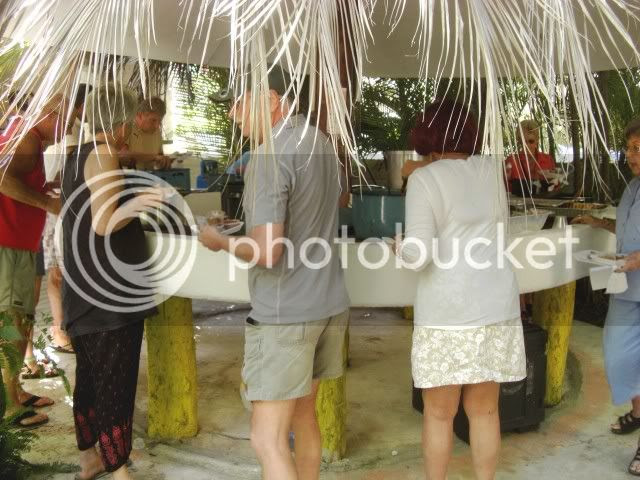 And, because the instructions weren't too clear, a lot of people just picked up a bunch of the little plastic dishes from the first serving station and used them for everything. Then, of course, those dishes ran out and this was repeated at the next station.

Oh well, it was all in good fun and it wasn't like there were big trophies or cash prizes. I just asked Sweeny what number his chili was and wrote it down. Hey, stuffing the ballot boxes is kind of a tradition.

The restaurant also had pasta dishes available, but they weren't entered. 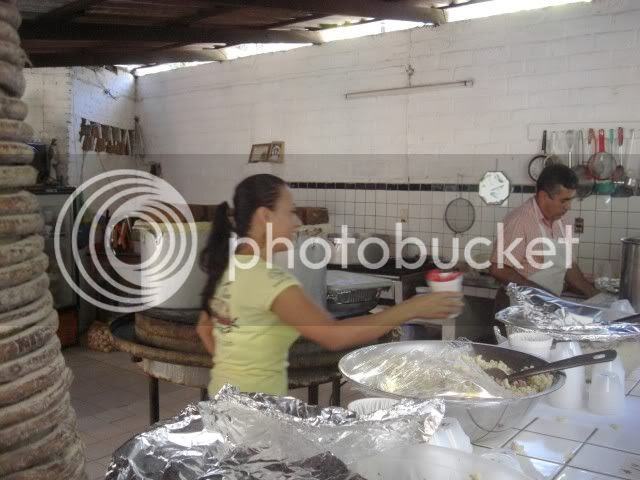 We all had a great time, as usual. Hey, all you could eat for 100 pesos, 20 peso beers, and round-trip bus fare for another buck. A great and inexpensive way to spend the afternoon.

Okay, here is another one of the spot the differences puzzles. Between the two pictures our entire crew can be seen. Just not all at the same time. 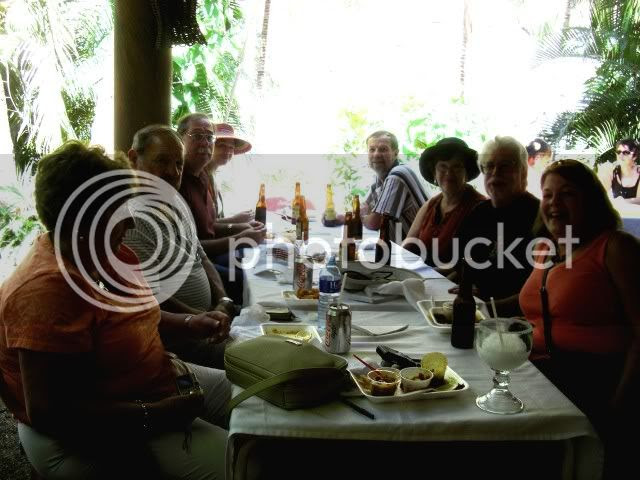 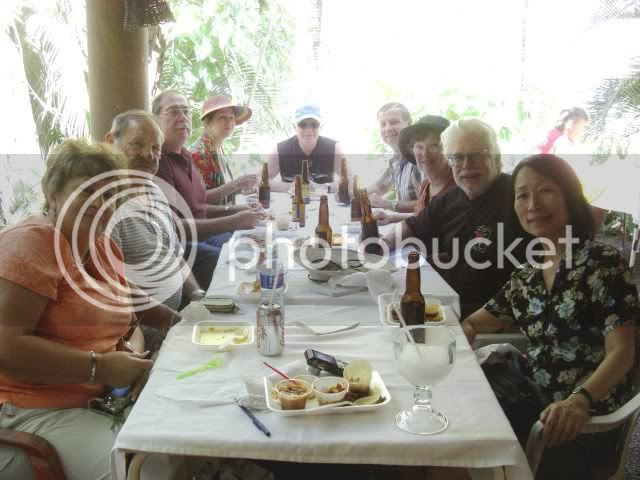 And then it was time for our bus ride back home. 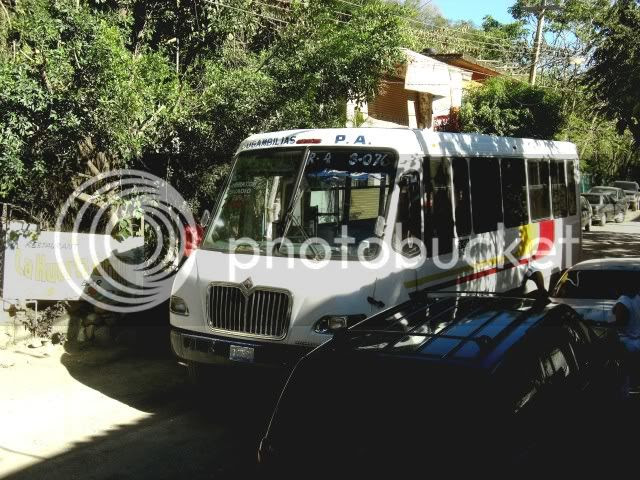 I love to ride the buses here. Just hop on one and see where they go. At the worst you can be stuck in the middle of nowhere and have to wait for a half an hour or so until the bus decides to turn around and head back. Usually you can find a little bodega or someplace to get a beer and sit and wait, though. 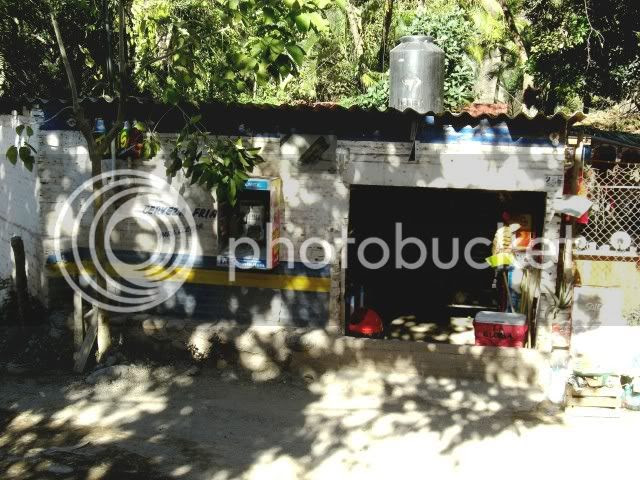 Woke up this morning to find a whole bunch of these little white worms or larva on my kitchen and balcony floor.

Lair Of The White Worm 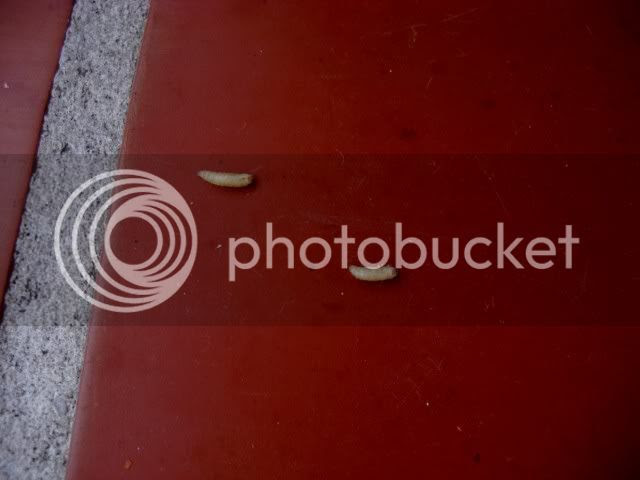 They are much too small to be fly maggots, and I haven't seen too many flies around here. They are fairly small moving but were spread out pretty much throughout the kitchen floor with a few on the balcony. No real single concentration though and we couldn't find anyplace that they seemed to be coming from.

Luckily they couldn't seem to navigate the steps up to our bedrooms and bathrooms. That would have freaked out the Mysterious Chinese Woman. I claimed a bad back and said I couldn't bend down to squish them in a napkin but gleefully pointed them out to her from a safe distance.
Posted by Bar Man at 11:53 AM