Arrgh, I am reading one of the most stupid spy novels ever, "The Bourne Legacy." It is a spy fiction thriller written by Eric Van Lustbader and based on the character of Jason Bourne who was created by author Robert Ludlum.

How dumb is it? Well consider the part where a gun is discovered at the scene of a double homicide, wiped clean of fingerprints, but registered to David Webb, aka Jason Bourne. Upen observing that the gun has been wiped clean of fingerprints the CIA decides the murders are obviously the work of a highly trained professional. Huh, you wipe the gun clean but then leave it so they can trace the ownership, and nobody suspects something strange is going on?

Then, of course, Jason Bourne has to run because he is being hunted. It never occurs to him to send a letter to his superiors explaining the circumstances that brought him to the crime scene and telling him of where they can find evidence (the bullet holes in the tree on the campus where he was shot at and intentionally missed).

Then, when he is running he sees a roadblock and, to avoid detection, checks into a nearby motel. The CIA is setting up roadblocks but don't think about checking out motels within the perimeter?

This book reminds me of all of the hundreds of movies you see where someone with a machine gun is shooting behind the running target and can never hit them. First thing you learn in the military is shoot in front of the target and sweep back at it.

But enough, I will finish the book gnashing my teeth all the way.

A bunch of us went to Cafe Bohemia for a pre-Valentine's Day dinner accompanied by live music and cocktails. 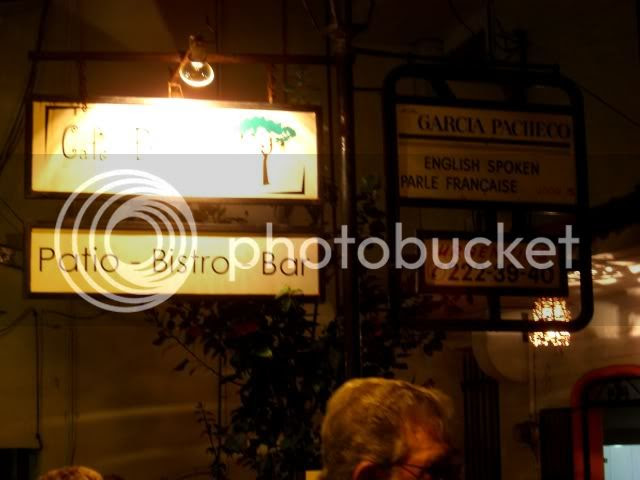 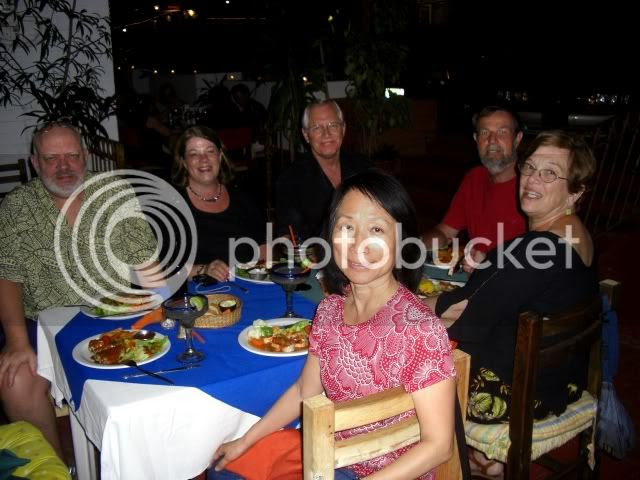 Being very careful to make sure that Peter is given his due:

I Give You Peter 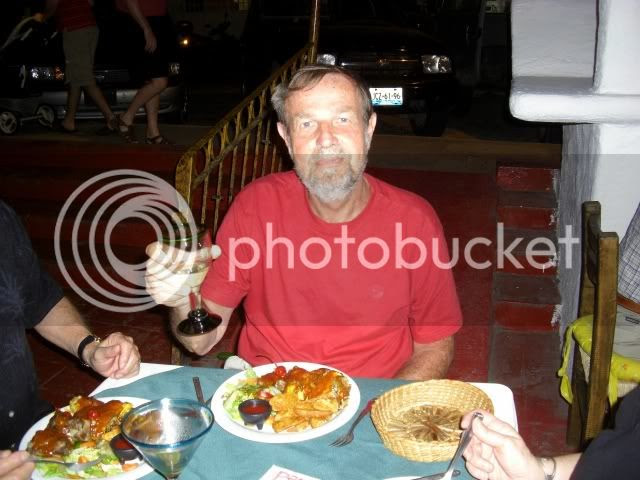 And, of course, without whom none of this would be possible: 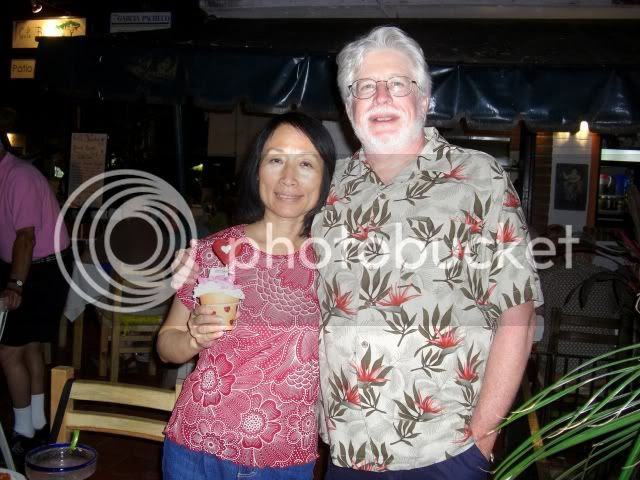 After dinner we hung around to watch the Carnaval Parade, soon to rival New Orlean's Mardi Gras and Rio's Carnaval. Of course it first has to get big enough to where they block the parade route to regular traffic. It got to be quite a mess at times.

There isn't really much to say about the parade other than it was fun and it did draw quite a crowd on the streets. It kind of reminded me of both the Halloween parade in Manhattan's Greenwich Village and the Mermaid Parade at Coney Island before they got really big.

Without further adieu, I give you Puerto Vallarta's Carnaval Parade. 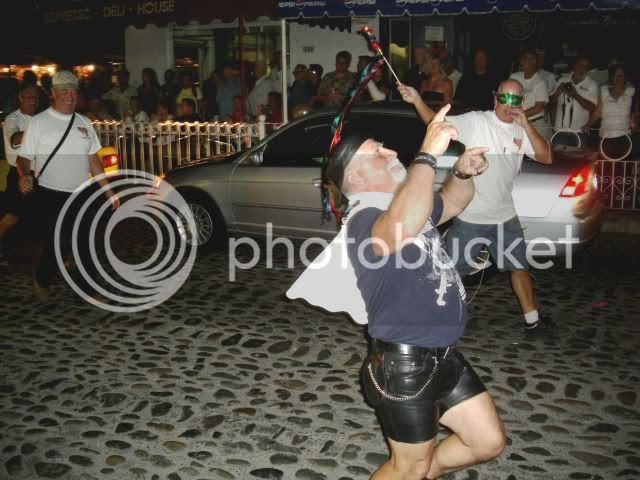 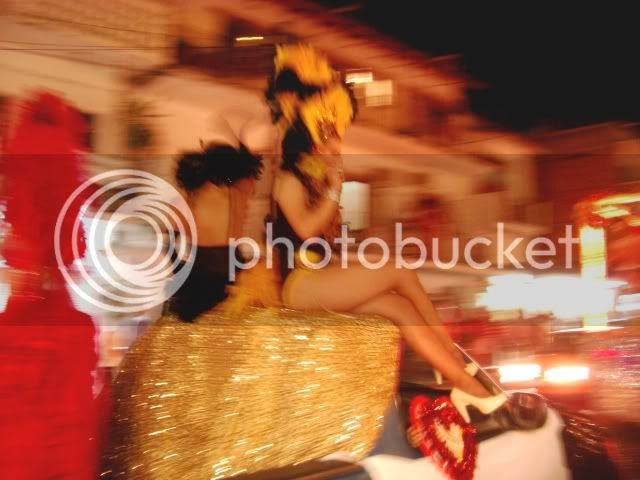 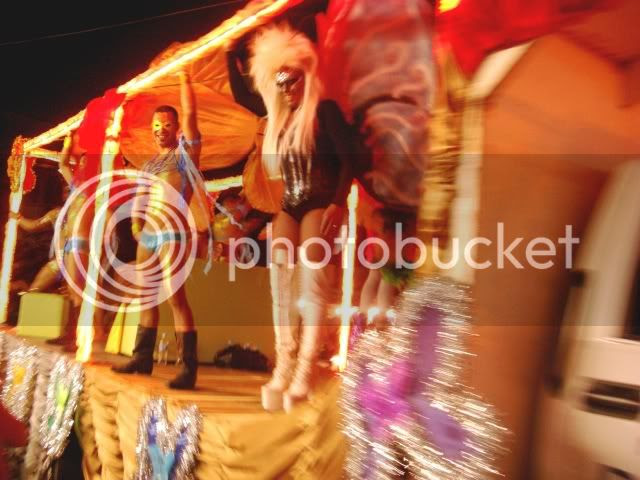 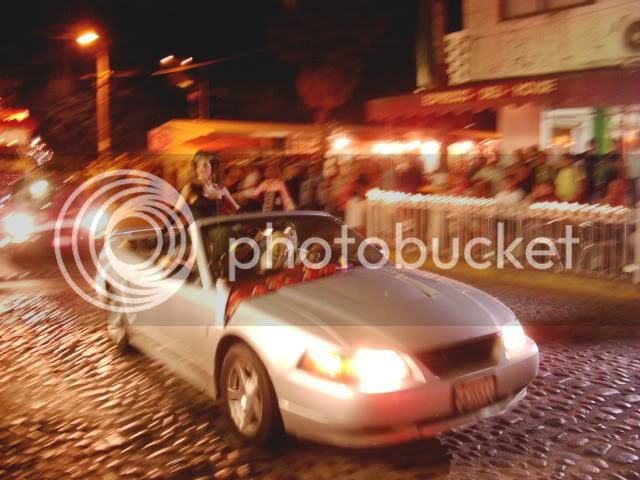 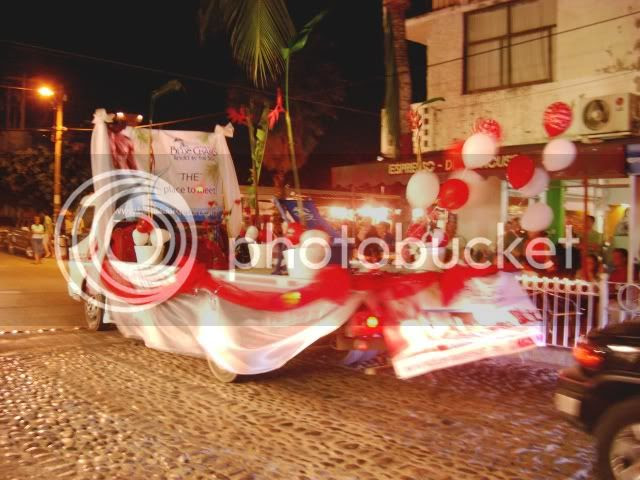 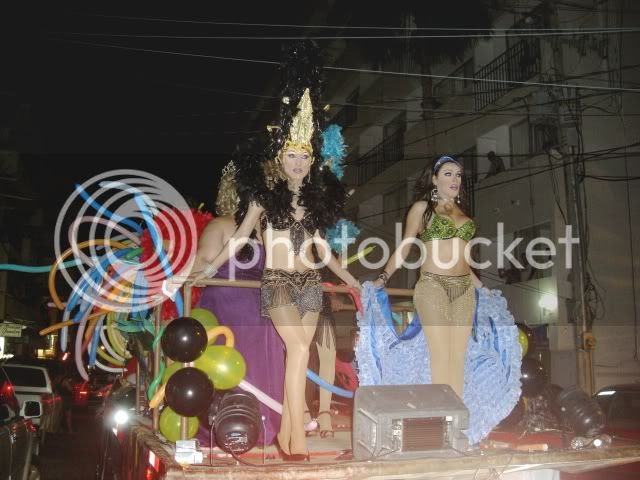 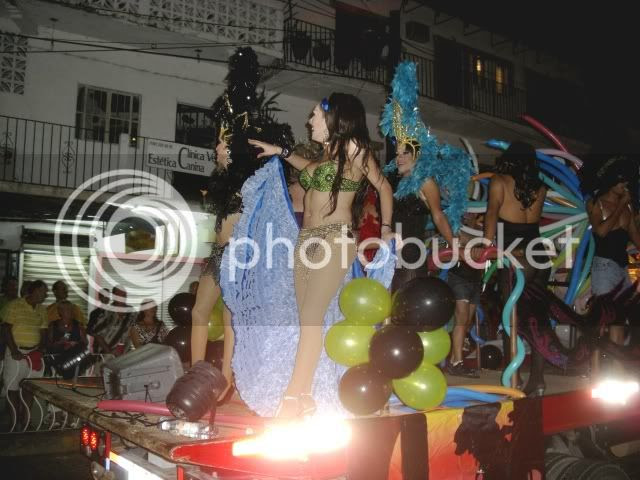 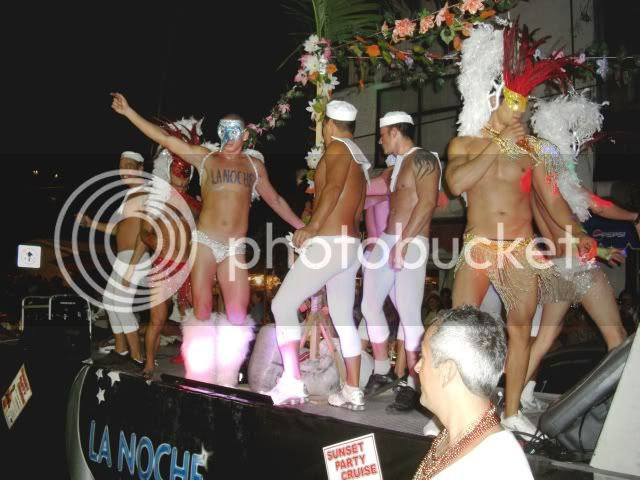 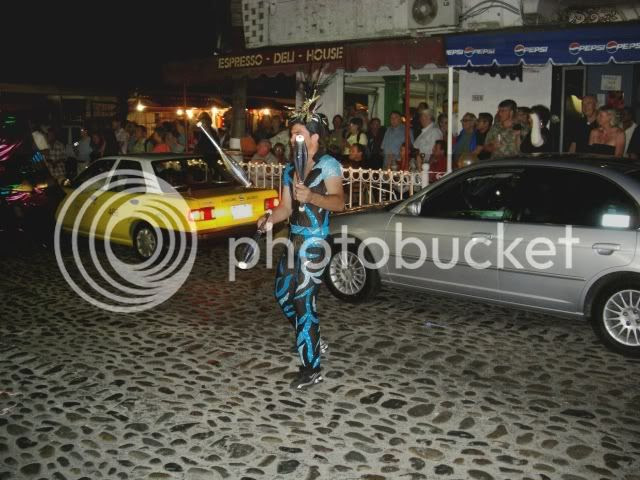 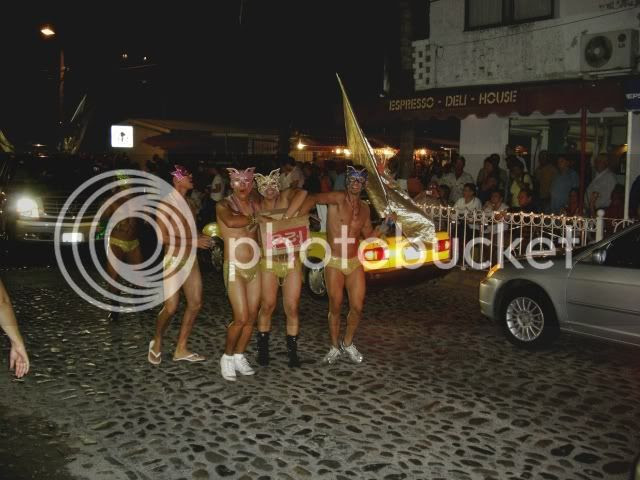 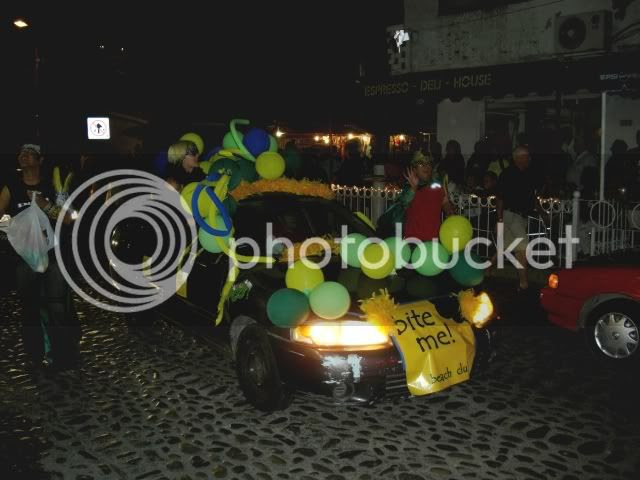 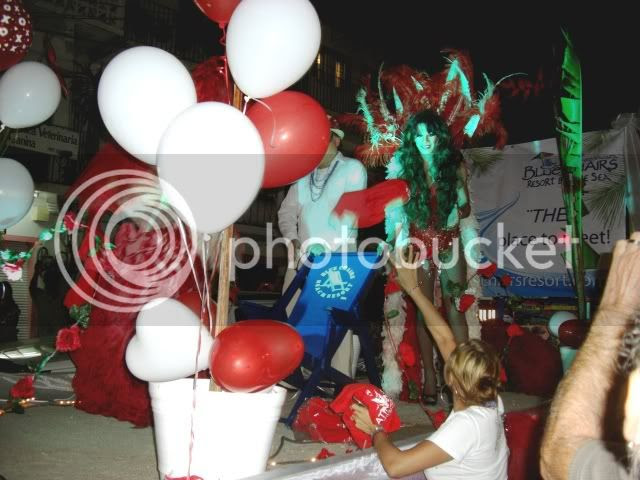 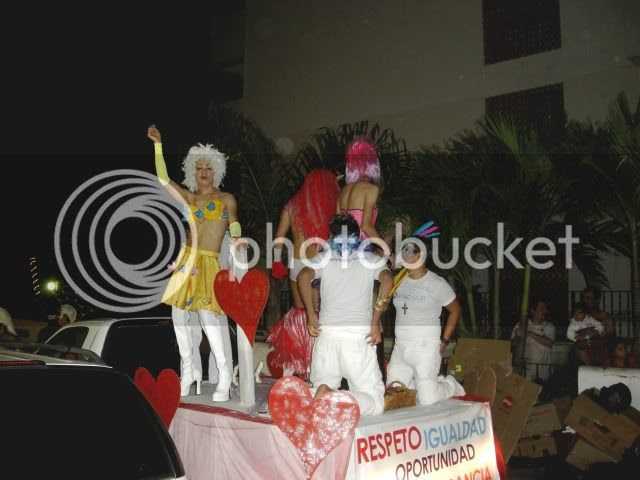 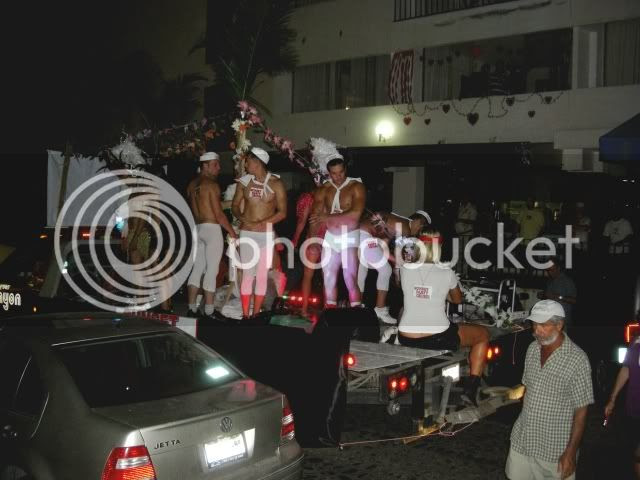 You may have noticed that my pictures down here aren't up to my usual quality, which isn't that high to start with. I forgot to load my Photoshop software so I have to rely on Hotshots, which only has limited editing capabilities. Consider this the equivalent of viewing a movie shot with a hand-held camera. It gives it more versimilitude.
Posted by Bar Man at 11:06 PM