Yesterday was Valentine's day and it was a fun-filled day, to be sure. A morning hike to breakfast and an evening meal at Bohemio. Just a little Valentine greeting from Puerto Vallarta. 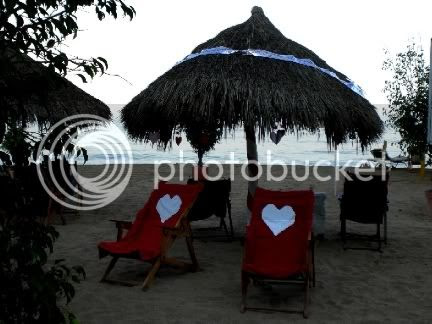 But I will post about Valentine's day later. First, the rest of the circus.

The show started with a Chaplin like sketch that somehow evolved into a young girl popping out of what appeared to be a transparent box. Not sure I followed it all, but it was pretty cool. 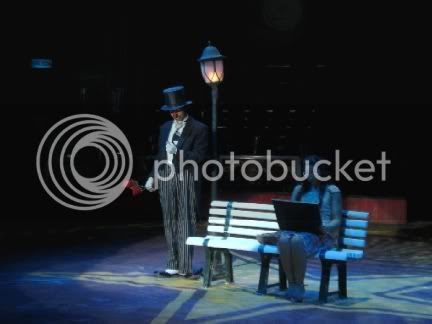 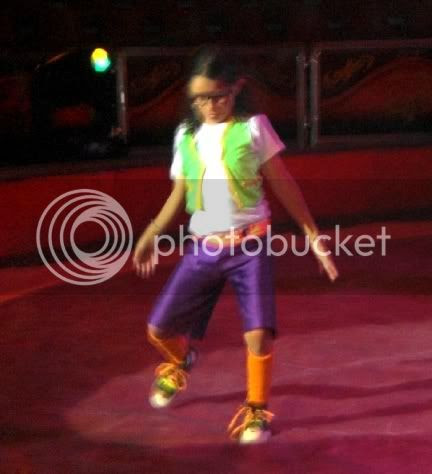 The little girl was quite remarkable. Not only extremely acrobatic and obviously fearless, but with a great showmanship about her as well. I couldn't get pictures of all she participated in, but she has a part in a lot of the acts including being the top of the human pyramid riding atop the horses. She appeared to be about seven years old because she was just losing her baby teeth.

This circus, while small, was qute entertaining and fast paced.

A giant inflatable tricycle was the focus of a lively acrobatic act, and note the little girl at the top. 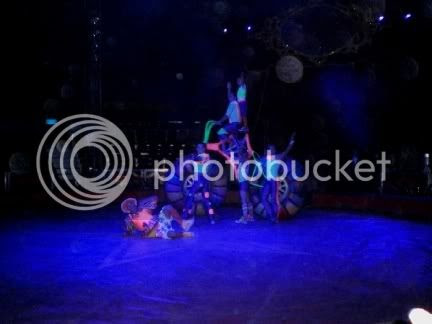 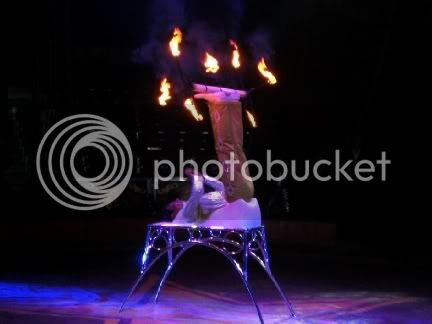 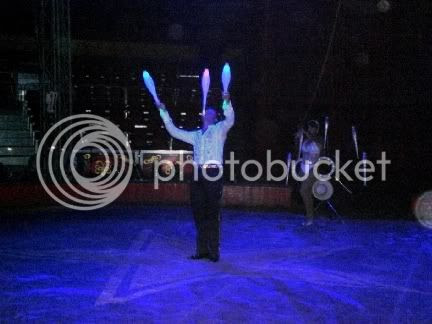 And acts of balancing and tightrope walking, with no nets or harnesses either. 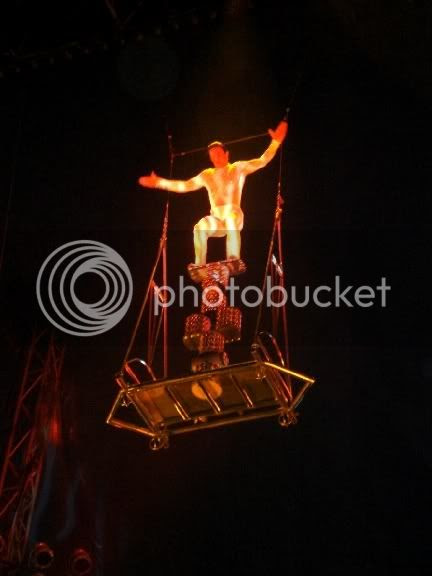 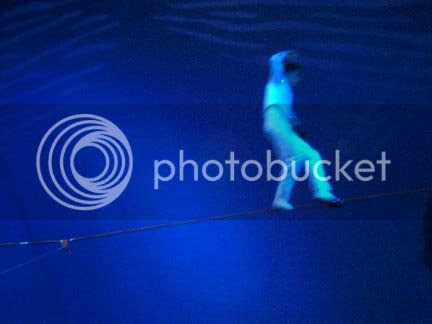 The gentleman juggling the multi-colored hats was a real jack-of-all-trades and the star and ringmaster all rolled into one. 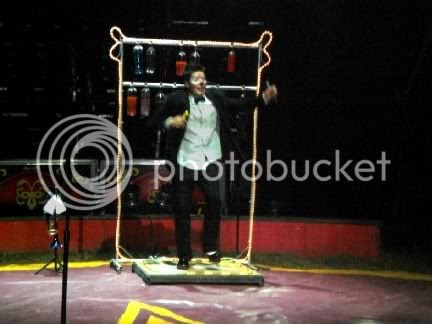 Played a wide range of instruments. 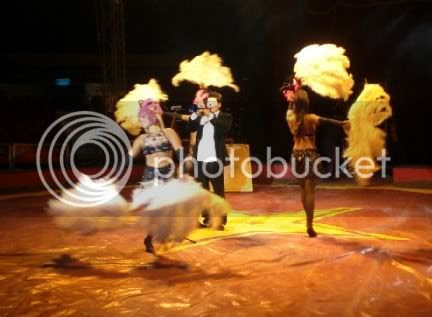 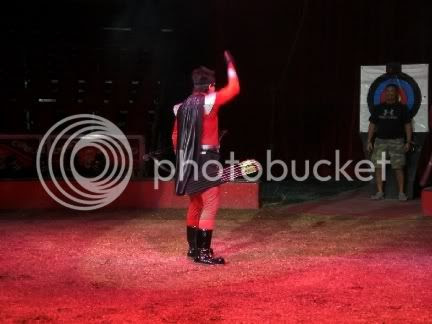 And what's a circus without a unicycle. The little boy was "pulled" from the audience but it was fairly apparent that he was the unicylist's son. 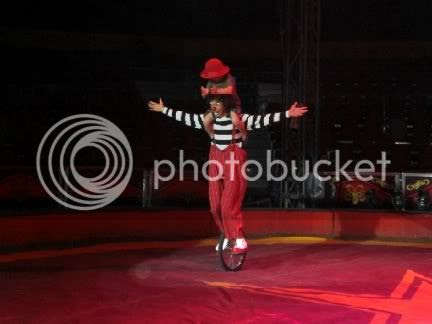 And, of course, there were the elephants. 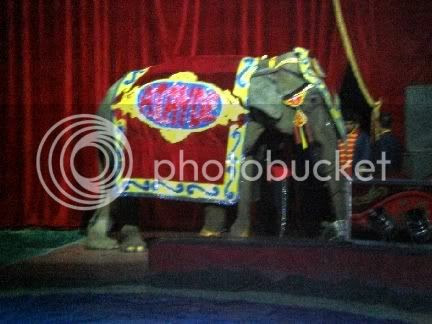 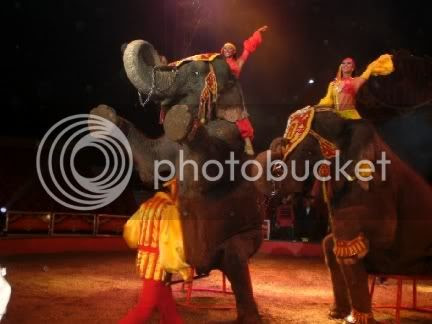 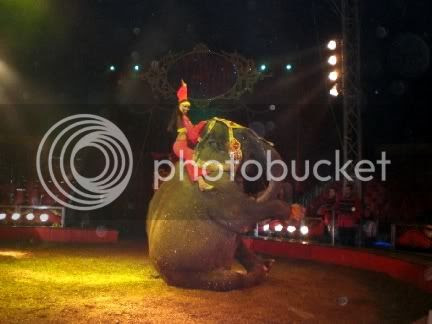 The horses were great too, and the horsemanship was astounding. 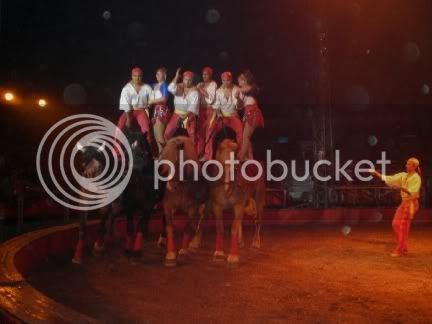 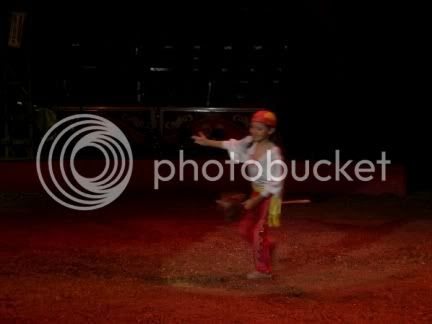 And all too soon it was over. 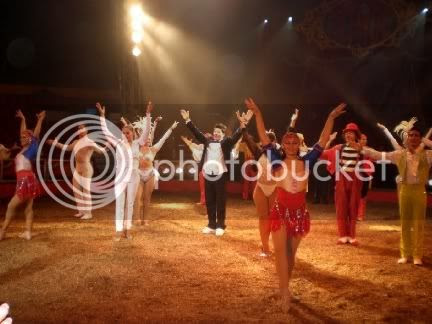 I had recently read the excellent book, Water For Elephants, and this show brought home a bit of what that book was all about. Except the book was about an old man reminiscing about his days with a circus that traveled by train.

Then, we had one of the fastest rides back into town on a public bus that I have ever had. It must have been this driver's last run of the night, and he obviously had plans for later. 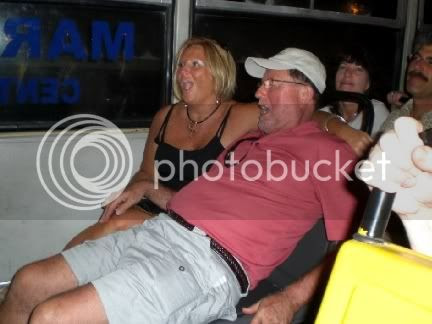 We finished up the night with hotdogs from our favorite hotdog lady. These are really great hotdogs, wrapped in bacon and smothered with your selection of toppings. This lady and, I presume, her son have been a fixture at this corner for as long as I can remember. She has quite a following and it isn't uncommon for people to wait in line for the hotdogs to be ready. Lately she has expanded her operation by putting a couple of plastic chairs on the sidewalk.

And that was the end of our day at the circus. My next post will be about Valentine's day so be on the look-out. 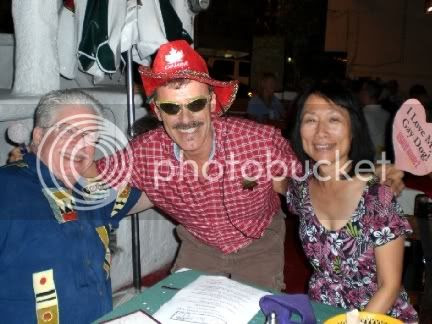