Some of you may recall that I had mentioned the ban on smoking in bars was having some unintended consequences. One of which was that you were seeing more and more small children in bars. It was my contention that now that the cigarette smoke was gone a bar was somehow considered a "healthy environment" for toddlers.

It is also my opinion that while children in the restaurant portion of a bar were acceptable, there was something kind of wrong about having them in the bar area itself. Needless to say, many took exception with this view. Be that as it may, I see where one bar in Brooklyn, Union Hall Bar, has taken the step of banning strollers.

Of course this step has been met with mixed reviews. However, when you have a young mother cradling her 5-month-old son while sitting at a bar complaining about the ban, you do have to take a step back and scratch your head. Is it just me, or does drinking at the bar with a five-month-old sitting in your lap seem like a really bad idea. Having the kid sitting in a stroller on the floor doesn't strike me as being much better, or safer. It just seems like trouble waiting to happen.

Well, there are still plenty of bars where you can take your toddler with you when you go out for a drink or two, but I applaud Union Square Bar for taking a step toward making their place a bit more adult friendly.

Mark my words though, if you are sitting in a bar when you are five-month's old you may become a real swinger when you aren't much older. 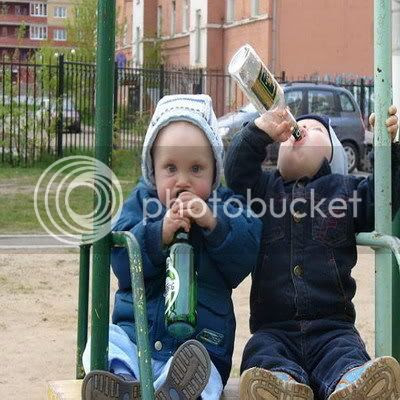 I'm so glad you continued your blog long past the 1,000 bars. Your commentary and insights are often insightful and always entertaining!

Thank you. I try and, as the Mysterious Chinese Woman often says, I am also trying.