Well, the Mysterious Chinese Woman is special so she got to have two birthday dinners, with even more to come. This time her Mysterious Chinese Sister took her out and I got to come along. I also got to pick the restaurant. I knew they both liked French bistros so I thought Chez Napoleon on 50th Street between 8th and 9th Avenue would be a good choice, and I wasn't disappointed. 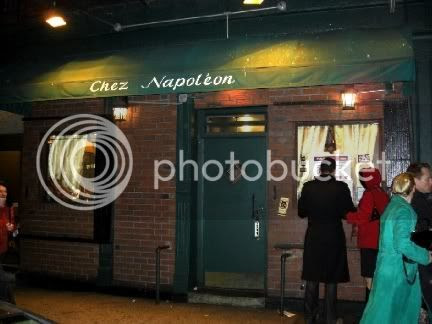 When you walk through the door you can easily imagine that you just came from a stroll along the Boulavard Montparnasse in Paris. It is a small restaurant that seems even smaller than it is because it is divided in two.

That Bistro Look And Feel 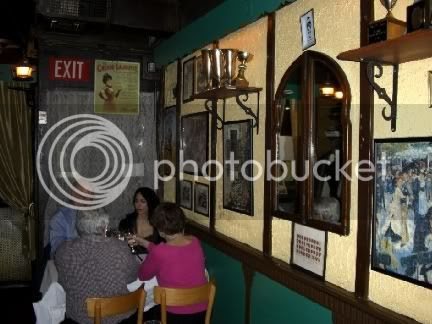 As you might imagine, the walls were covered with all kinds of Napoleonic artifacts. I have a friend who is a big collector of all things related to Napoleon and I have the fact he would love this place.

Wall Hangings But No Beheadings The Napoleonic theme is much in evidence on their menu too, as you would imagine. 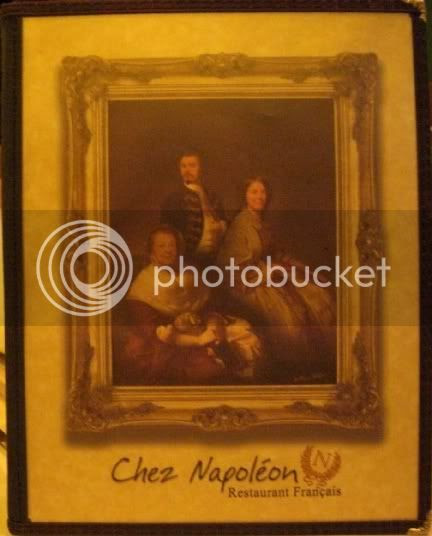 The menu features classic bistro dishes which is to say traditional home cooking. I had a beef dish that was kind of like a small pot roast, but not dry and stringy like my family used to make it. It was moist and tender and had obviously been cooked for a long time at a low temperature. Classic braising.

My only complaint was that everything came with boiled potatoes. I am not a big fan of boiled potatoes. But I was told by the waitress that it was traditional and to be quiet and just eat them. I was feeling right at home here.

They only have a small service bar with but one stool. That stool was occupied by Marguerite Bruno, the owner and Chef Grand-Mere. She is now in her 80's and this restaurant has been hers and her family's for at least 50 years. In her 80's now she doesn't work the kitchen but keeps a sharp eye on everything that goes on. In a way she reminded me of Pilar at Montero's. 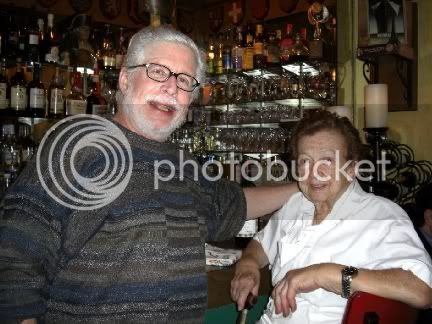 Oh, and best of all, I finally got my cheese plate. 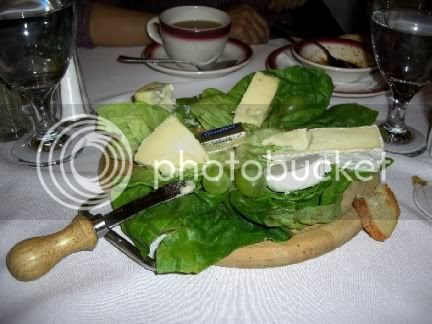 If you are ever in the neighborhood, or even if you have to travel a bit, you owe it to yourself to stop in here. I would certainly recommend that you make reservations because the place is packed.