That heading has nothing to do with anything but I thought it sounded cool. It was the Mysterious Chinese Woman's American birthday and I let her choose where she wanted to go for dinner. She picked Saul's, a great restaurant on our neighborhood that I have been to before. In fact, I took her for dinner there on her birthday two years ago. And when my friends Bruce and Donna came to visit not long ago they treated us to dinner one night and we picked Saul for that occasion as well. 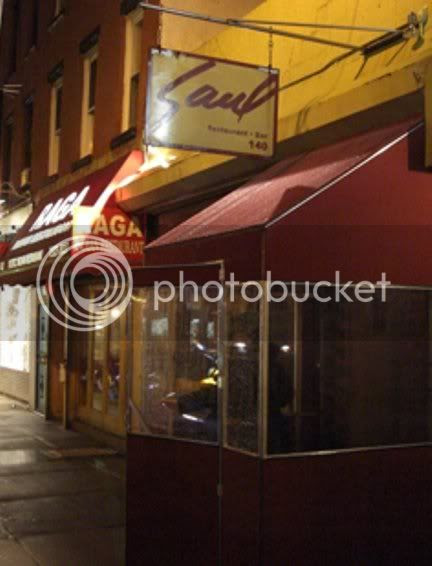 It is a fairly small restaurant although they claim you can book if for parties of up to 200. I have no idea how they could fit in that many people. It really is a great restaurant, I have never been disappointed with a meal there. And the staff is really friendly as well. You would think they might be a bit more stuck-up but not at all.

Most of the tables are quite small, seating just two. I guess it is considered to be an intimate setting to take a date, or a Mysterious Chinese Woman. 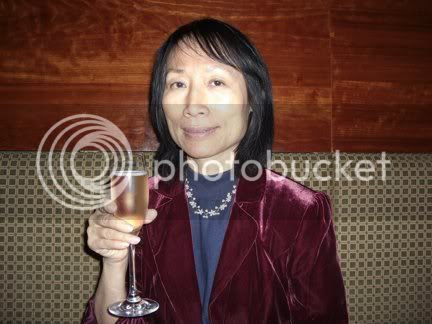 They don't have much of a bar, just about half a dozen stools for people who are waiting for a table. But what the hell, I still managed to have a drink there even though we were promptly seated when we showed up for our reservation.

Cocktails At The Bar 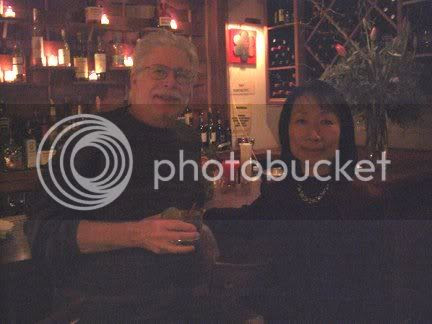 The food was, as always, fabulous. I started with a wonderful foi gras that was uber rich and so filling that I couldn't even finish my main course. I didn't feel the least bit guilty about eating it either. I just recently saw an episode of Tony Bourdain's show, No Reservations, where he visited a farm where they raised geese to make foi gras. The geese are very well treated and, although they are force fed to enlarge their livers, they really don't seem to mind it. Unlike people, they don't gag when they are force fed because they don't breath through their throats like we do. And geese store fat in their livers so an enlarged liver, in a goose at least, isn't unhealthy. Of course you do have to kill them to get the liver, but then you have to uproot a carrot to eat it too. Life is cruel.

I ordered their special, milk-fed pork, and it was delicious as well. The served it with a nice sized chunk of fried pork fat which I really like. You can buy it in little bags of pork rinds, but that is a poor substitute for the real thing. Only in Mexico can you find it just about everywhere. 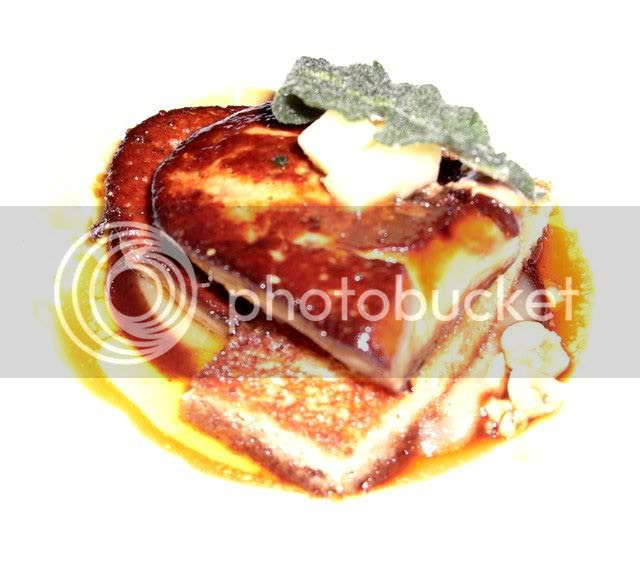 The Mysterious Chinese Woman had duck but she ate it so fast that I didn't have a chance to take a picture. She said it was very good, and she would know. I did manage to snap a picture of the desert that she ordered, Apple Betty with Calvados ice-cream. Calvados is a pear brandy and this ice-cream did pack a bit of a punch. 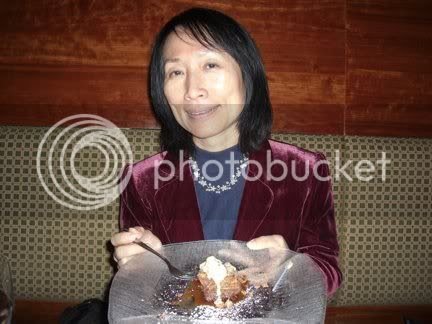 They had a wonderful looking cheese plate as another after-dinner treat but I was so stuffed that I couldn't order it. The waitress said that if I came in before the dinner crowd they would have no problem with me ordering just that and a glass of port. I will make a point of doing just that one day.

All and all we had a great time. The tables are close together and, luckily, the people on either side of us were very friendly so we all chatted together like old friends. One couple had just moved back to Brooklyn after living abroad for several years. The said they were going to go out bar-hopping after dinner and asked me if I knew of any good ones in the neighborhood. Well, they asked the right guy. I rattled off about a dozen within a few blocks and gave a brief description of each one. They decided to just hit a couple and settled on Pete's Waterfront Ale House and Montero's. I hope they had a good time. And I hope Pilar was sitting in her usual spot in Montero's to welcome them.

Happy Birthday Yum. Birthdays suit you. You are more beautiful than ever.

Anyone bought from www.belrion.com before ? heard they are a paypal world seller and are macfee