Visitors From The North

My friends Rico and Sandy arrived yesterday from Minneapolis, land of 10,000 frozen solid lakes. A place where frozen food comes fresh from the garden. 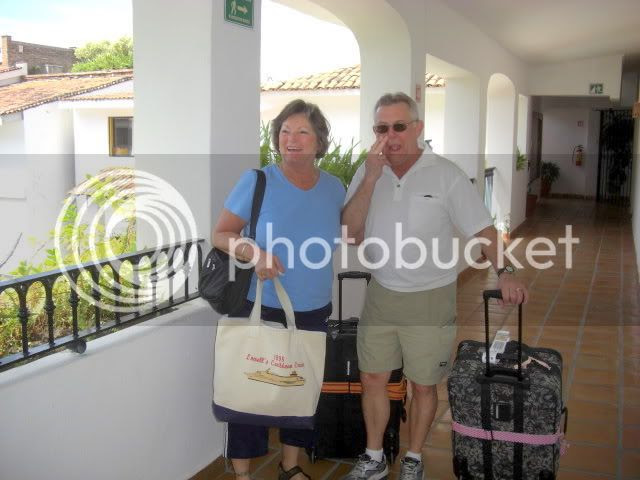 Having gotten up at about 2:00 AM to catch their early morning flight I am sure they wanted nothing more than to just unwind on the beach. Of course I had other plans. 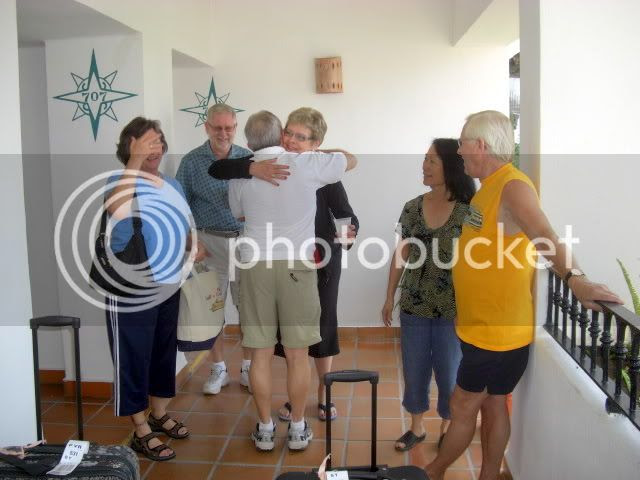 I had invited a bunch of people, Marge and Wayne, Bill and Marcie, and Paul and Sharon to come over for frozen margaritas, jello shots and snacks to welcome the new arrivals. 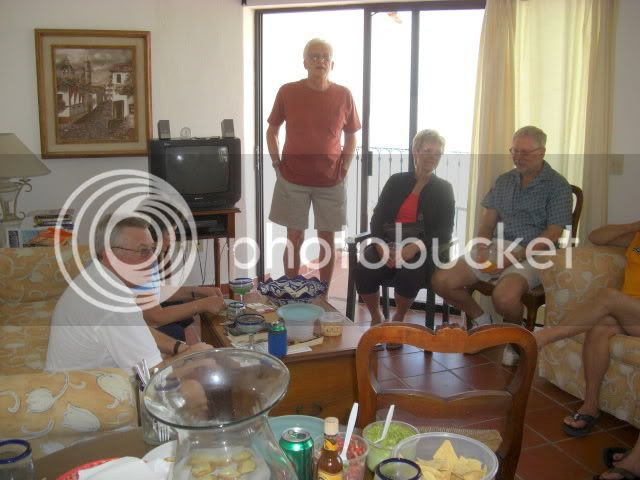 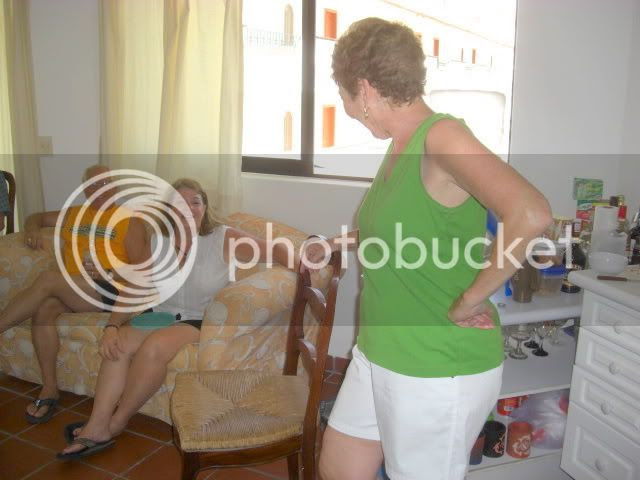 I was particularly impressed with Marge who managed to coordinate her outfit with the frozen margaritas I had made. 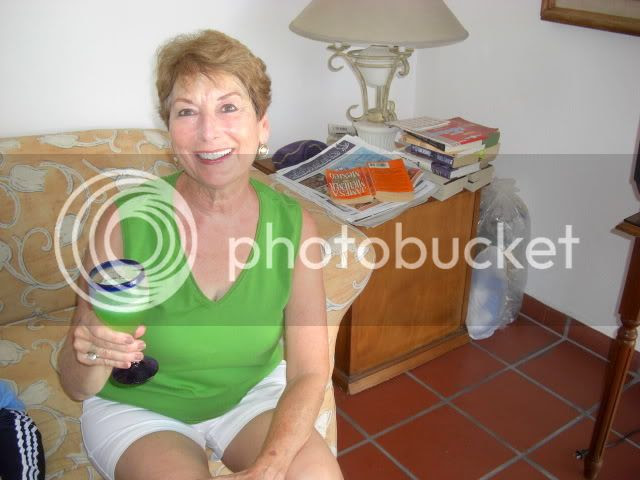 I made some dynamite jellos shots. At least I thought so. Lime jello and Apple Pucker with little umbrellas. Wayne looked a little disappointed that I managed to get the lion's share.

Not Happy At All 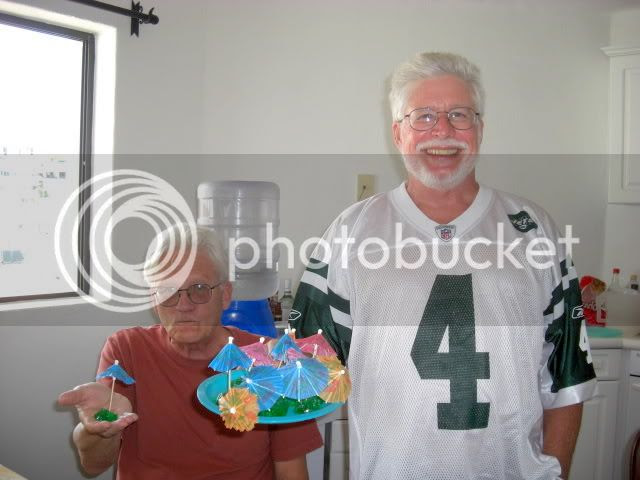 Actually, they weren't all for me. I know how much Bill likes his umbrella drinks so I generously presented them to him. He teared up with joy. 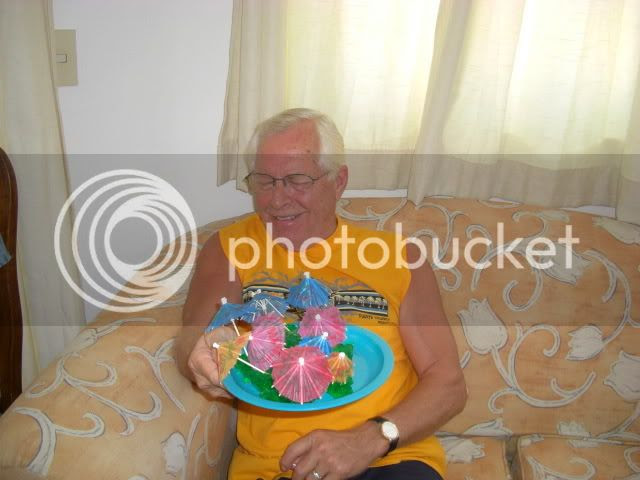 I also made some goopy kind of thick cheese and chorizo fondue thing. It was good if you scooped some up and put it on a taco chip and then stuck it in the microwave for about 10 seconds. 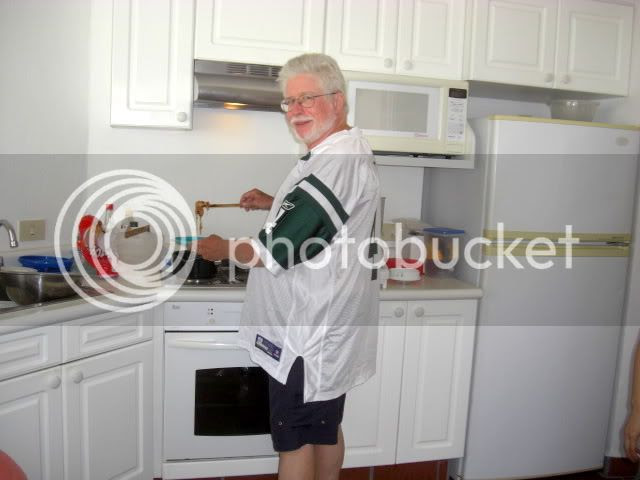 It was a great party that didn't end until Wayne was throwing up in the sink and the Mysterious Chinese Woman was trying, unsuccessfully, to walk a straight line. 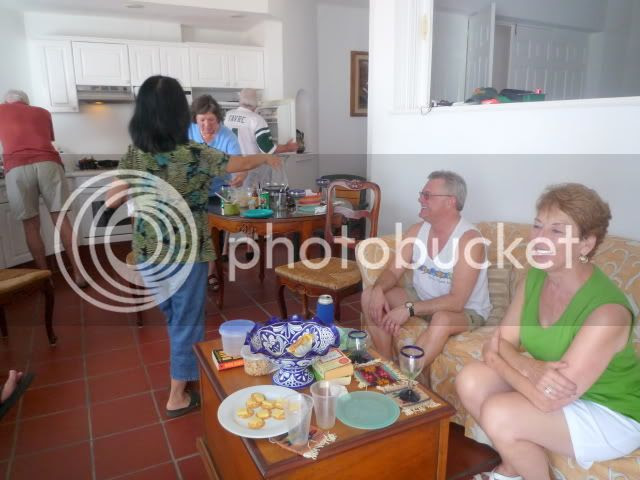 Okay, that was a bit of an exageration. Wayne wasn't throwing up and the Mysterious Chinese Woman always looks like she is trying to walk a straight line.

It was a nice little get-together and I promised Rico and Sandy that today we could just relax on the beach. Let's see how that works out.
Posted by Bar Man at 10:06 AM