Well, it was a hell of a game. And, let's be honest, Canada, USA, they all play professional hockey, and mostly for United State's teams. The Olympics ain't what they used to be. Not like the old days, by golly.

Still, a few of us searched in vain for a place to watch the game in the bars here in Puerto Vallarta, but every place was either packed or not showing the game. We finally parked ourselves in, of all places, bite me! (don't blame me, they don't capitalize their name) right across from Blue Seas where we all stay.

They had a table and a small flat-screen television where we could park ourselves to watch the games.

Boring pictures of us drinking follow. Turn your heads if you don't want to see them. 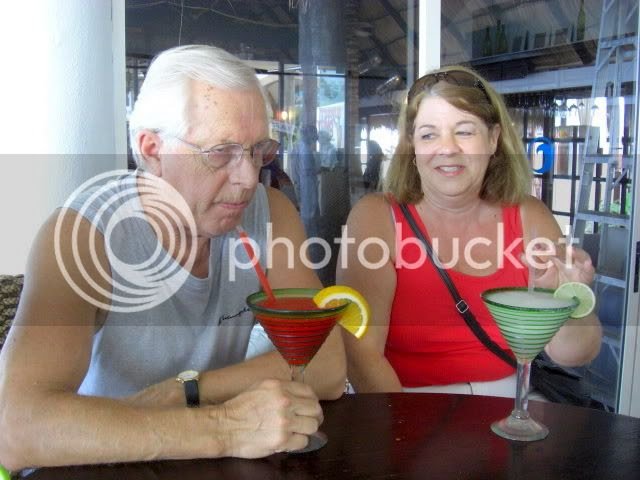 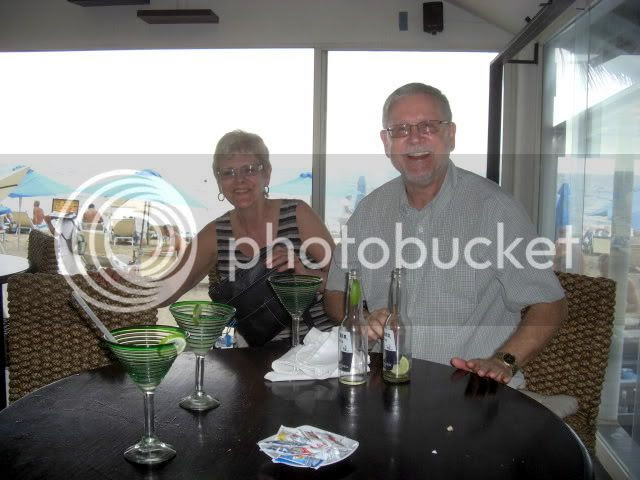 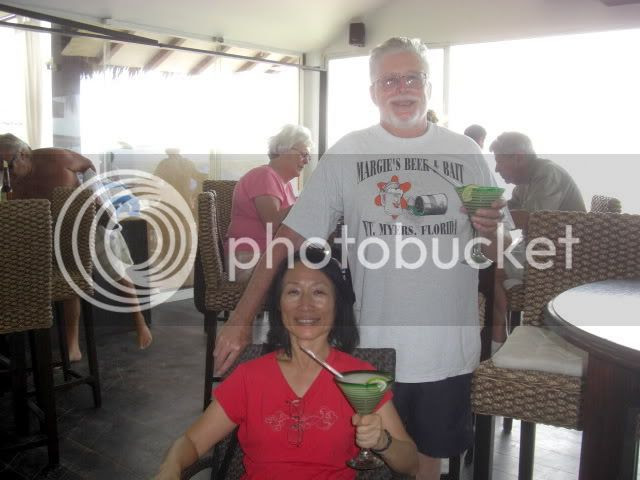 Beers are only 20 pesos or about $1.75 and the margaritas are 35 pesos or a bit under $3.00 so not a bad deal. Stay away from the appetizers though, not very tasty.

After two periods with Canada leading 2 to 1 Paul and Sharon and me and the Mysterious Chinese Woman headed up to my place to watch the rest of the game. Bill and Marcie had had enough.

Well, you know the exciting end. With 24 seconds left the USA tied it up and it looked like God was on our (USA's) side. Hey, we all know He or She or It doesn't really care about war, famine, and natural disasters but is very interested in the outcome of sports events.

But then there must have been a flurry of prayers sent up by our northern neighbors and, well, you know the rest.

Sharon had to take pictures of the victory, even if it was just from my kind of lousy television. 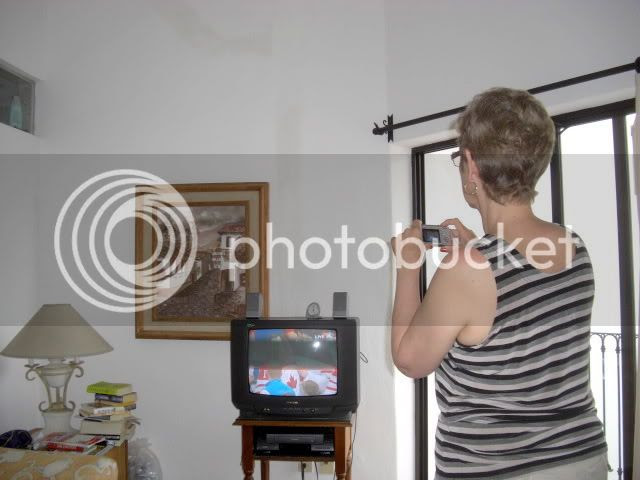 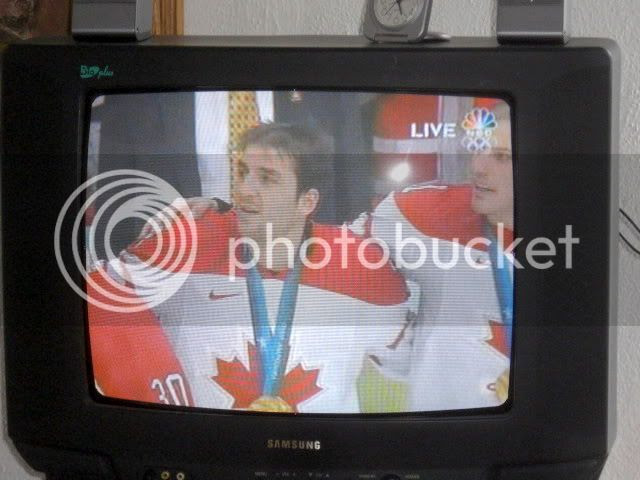 Being the kind of guy I am, I simply shared a congratulatory shot of racillia with Paul. 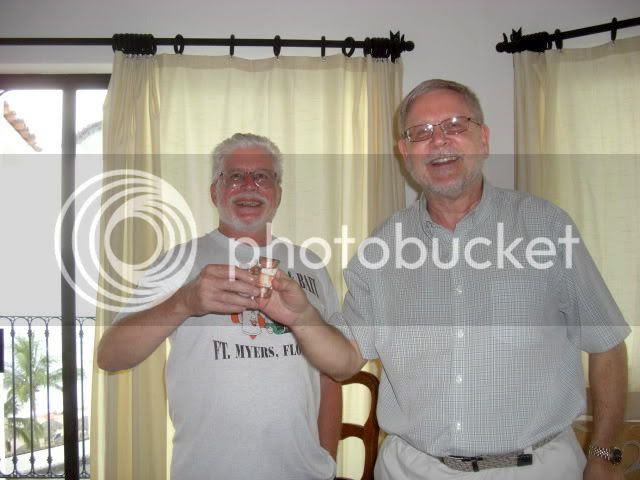 Of course this morning my view of the beach was compromised by my neighbors. 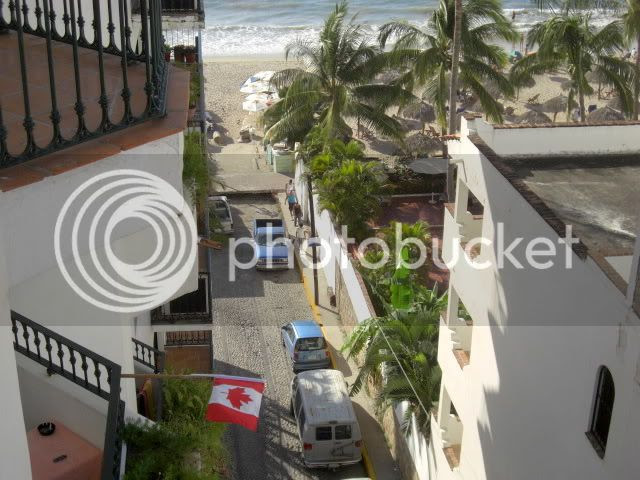 But hey, we are all Americans here, North (and that includes both Canada and Mexico) Central and South. I await the day when bull fighting becomes an Olympic event. And, if curling made it in, Why not?

Oh, and if they want to make curling more appealing, have the women's curling team wear outfits like the women's figure skaters. Nude curling would be even a bigger hit. Actually, from a male's perspective, any sport that involves women would be more appealing if played naked.
Posted by Bar Man at 6:59 PM

It's always nice when you can not only be informed, but also entertained! I'm sure you had fun writing this article.This is excellent blog...