The Road To Ixtapa

Last Saturday Bill, Marcie, The Mysterious Chinese Woman and I decided to take a bus ride to Ixtapa, one of the little towns outside of Puerto Vallarta. Just a 6.5 peso ride on one of the city buses. I am not sure if we got off in the center of town, but we did get off by a restaurant. 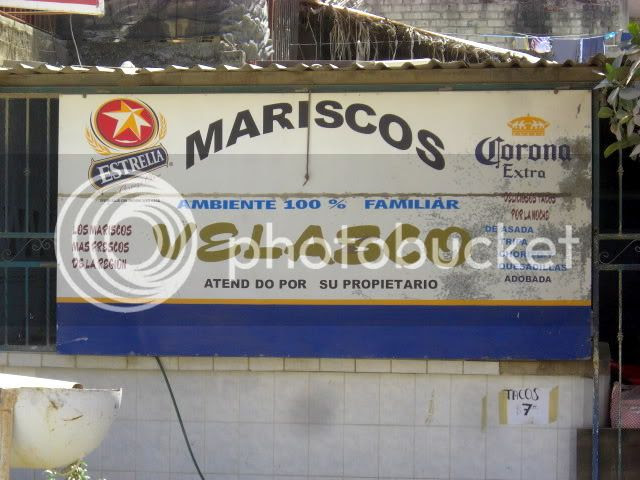 Maybe Velasco is the name of the people who own and run the restaurant. We walked around a bit and asked a couple of people what they thought the best restaurant was and they both said this one.

The group in front of the restaurant. Actually two pictures. Someone has to be the person taking them. 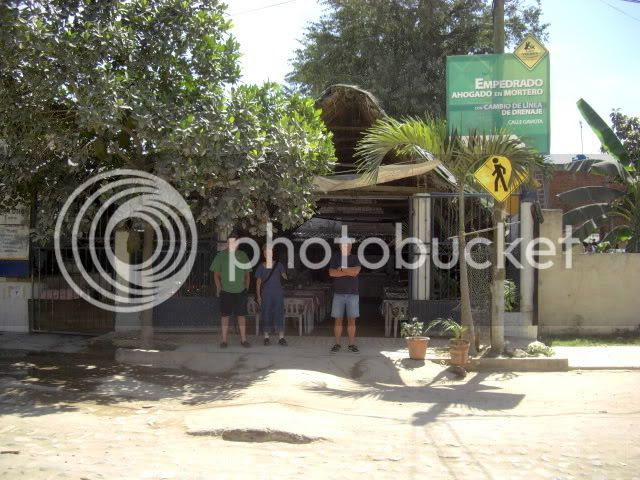 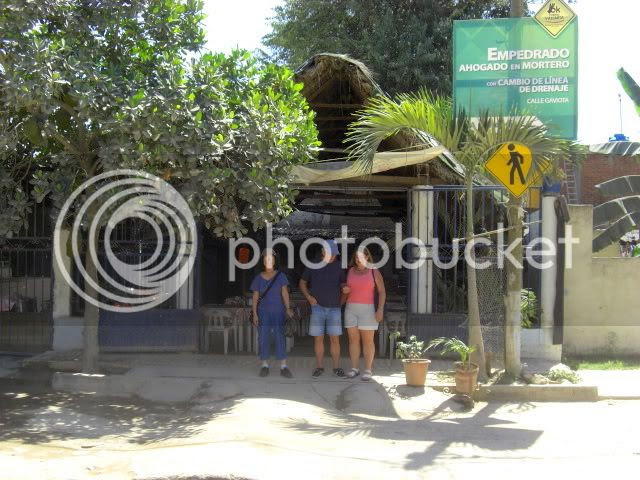 Hey, no complaints. The food was good and reasonably priced and the beers were only a buck. I started out with cerviche on those little round taco things. 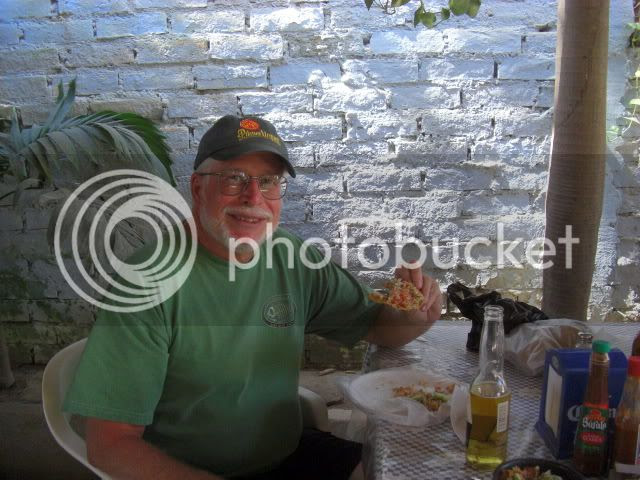 My philosophy is to always push the edge when it comes to eating. Raw fish in a small town on the far outskirts of Puerto Vallarta seemed to be a step in the right direction.

I ordered a combination platter of a fish filet, shrimp, and octopus. It came with a scoop of rice and a nice salad. 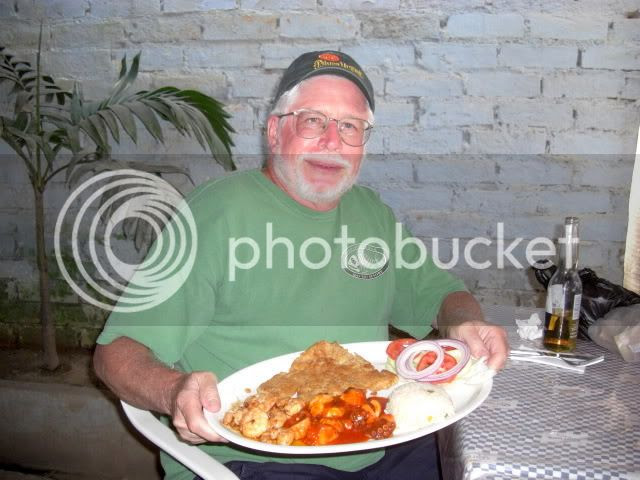 Bill really liked the butter on his bread. He has been complaining about the butter here in Mexico and asked the proprietor what brand he used. I think it was a kind of generally available butter but he said he added a little salt and lime juice to it.

A Little Bit Of Butter Everyone enjoyed their meal and everyone in the restaurant was very friendly. The waiter took a picture of us so we got one of those hard to come by full group shots. 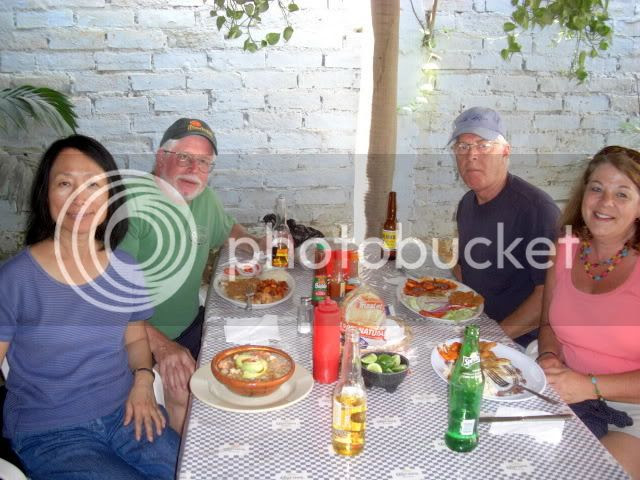 While walking around we spotted a butcher shop and I asked if I could take a couple of pictures. You kind of knew the meat had to be fresh.

Just Cut Me Off A Rib Or A Limb 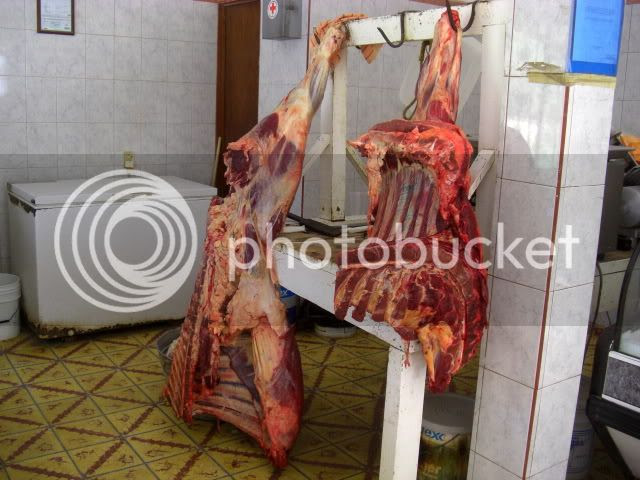 I love the deep fried pig fat that they sell in Mexico. Kind of like those pork rinds you can buy but so much better. Crispy on the outside with just a bit of the juicy fat in the middle.

Got's To Have Them 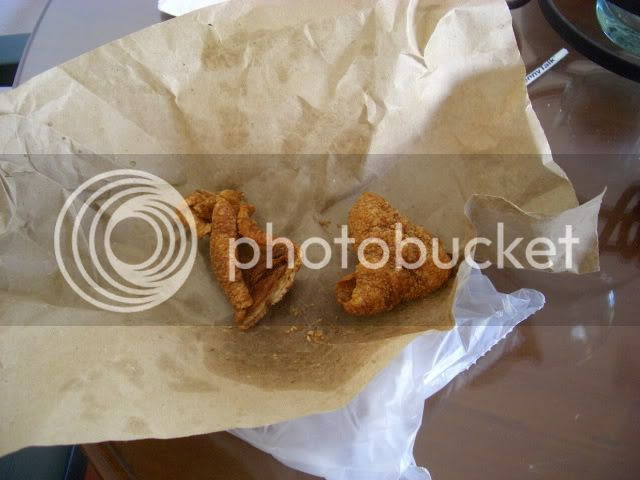 The Mysterious Chinese Woman did a little, well, not quite window shopping. 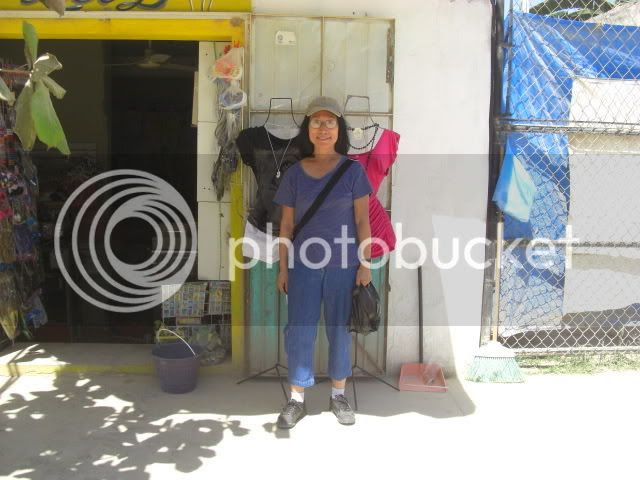 As we were waiting for the bus back to Puerto Vallarta I spotted a little stand across the street selling the Mexican equivalent of snow cones. 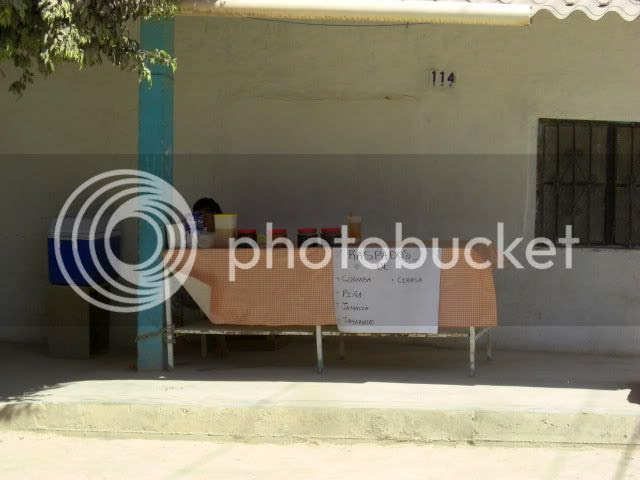 Of Course I Had To Have One, Tamarindo 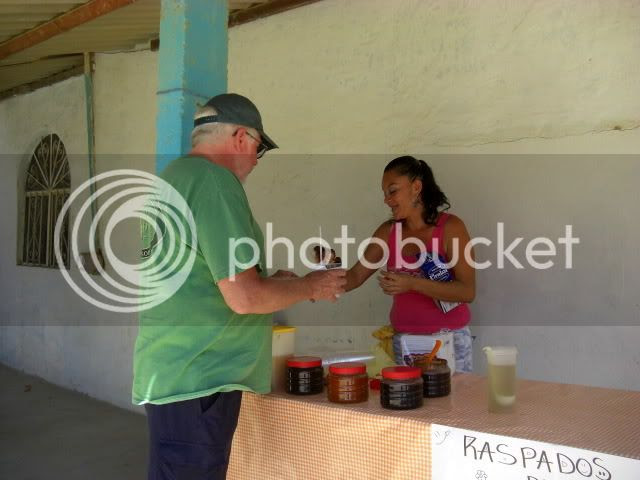 The proprietor and I bonded. Probably because no gringo had ever frequented her stand before.

Me And My Amiga 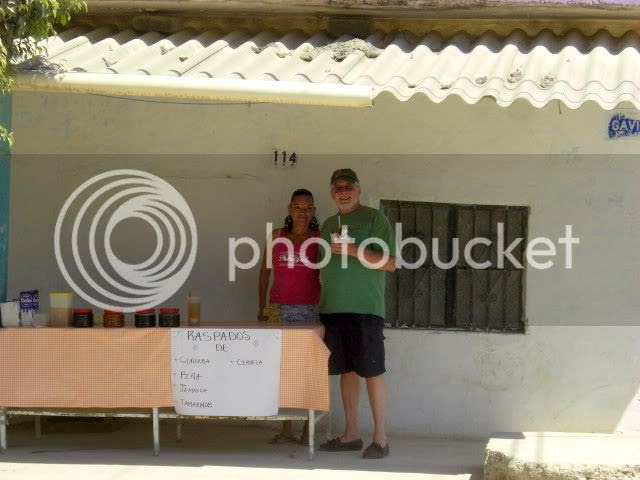 Of course Bill was positive that if the raw fish didn't kill me the snow cone surely would.

No Guts, No Glory 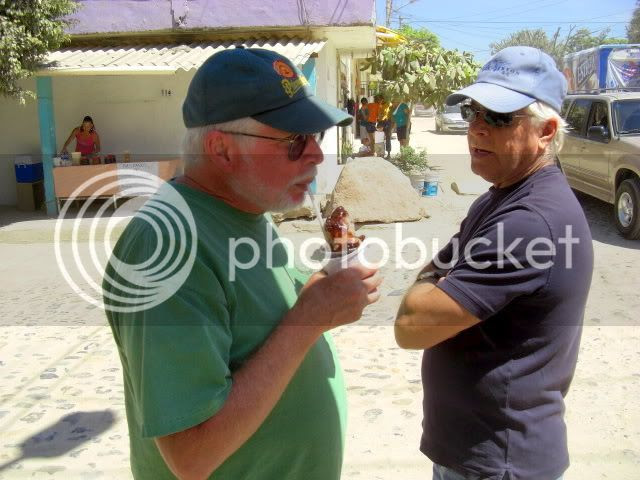 After a fun-filled afternoon we caught the bus back to Puerto Vallarta and, I am happy to say, I suffered no ill effects from my questionable diet. In fact the next day I had the rest of the deep-fried pig fat for breakfast. 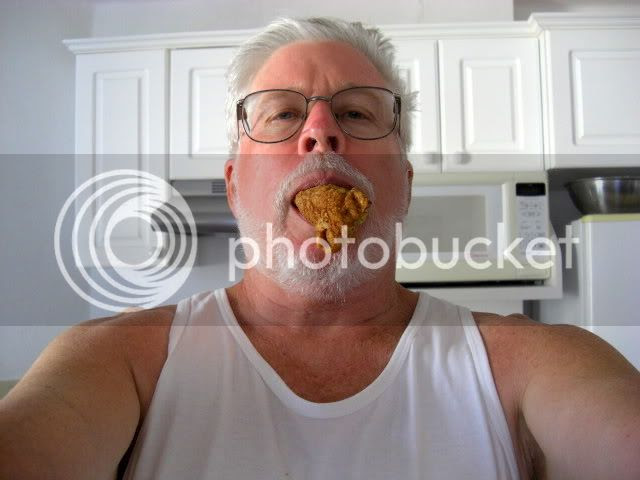 Some of the most interesting and fun days are the ones where you just grab a bus out of town and get off when you see something interesting. I highly recommend it, at least if you are in Puerto Vallarta.
Posted by Bar Man at 7:58 PM