What Rhymes With Orange?

I had plenty of leftover hash from last night so I figured hash and eggs would be a good way to start this surprisingly chilly morning. 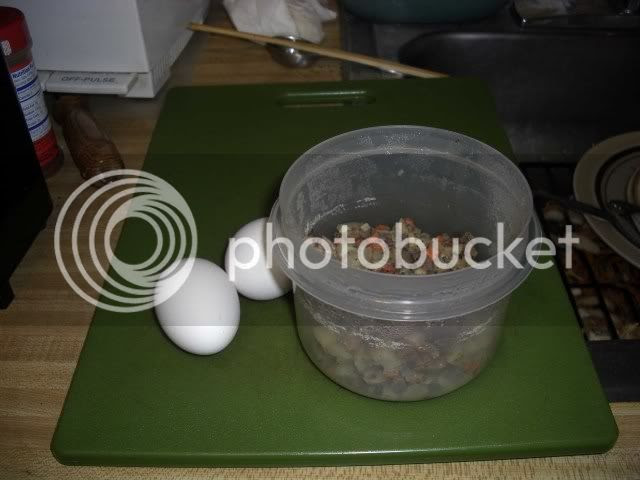 Easy enough to prepare, just put the hash in the frying pan and crack a couple of eggs on top. 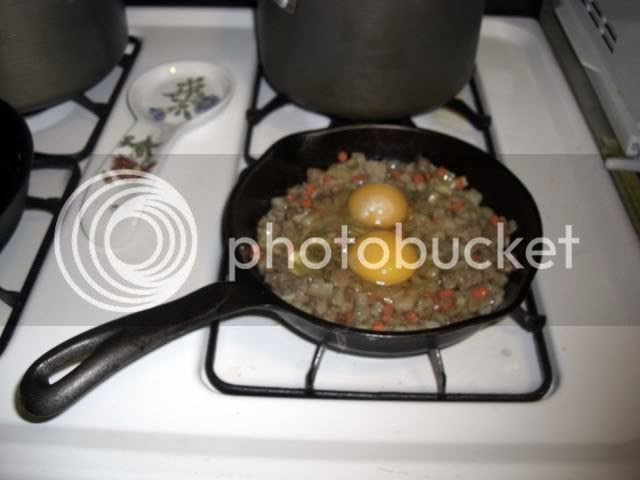 I used the old putting the cover over the pan trick again to cook the eggs and heat the hash all the way through. 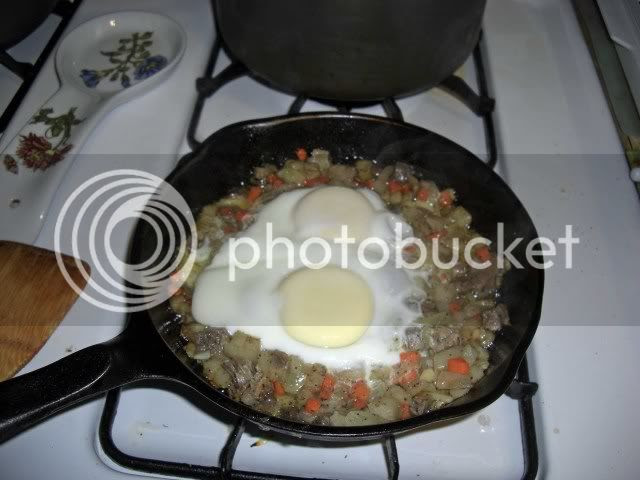 On the plate it was just like having breakfast in my local diner. Well, minus the wise-cracking waitress and the English muffin.

Not Bad For At Home 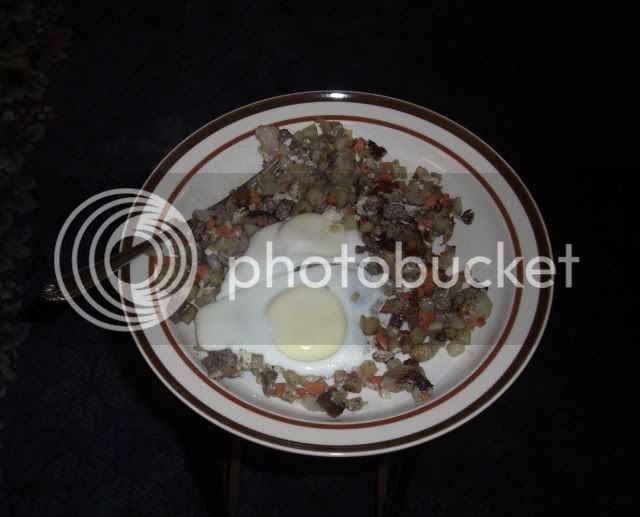 Lunch was just another peanut butter and banana sandwich. 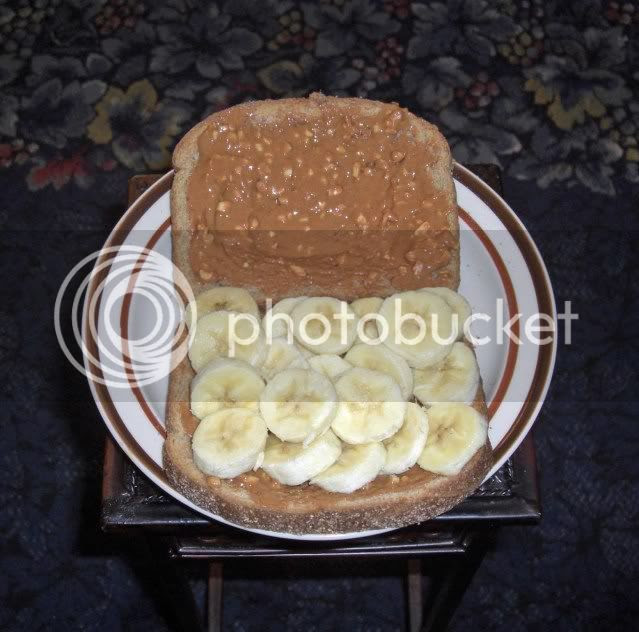 Tonight was going to be a chicken night, but I felt like doing something a bit different. 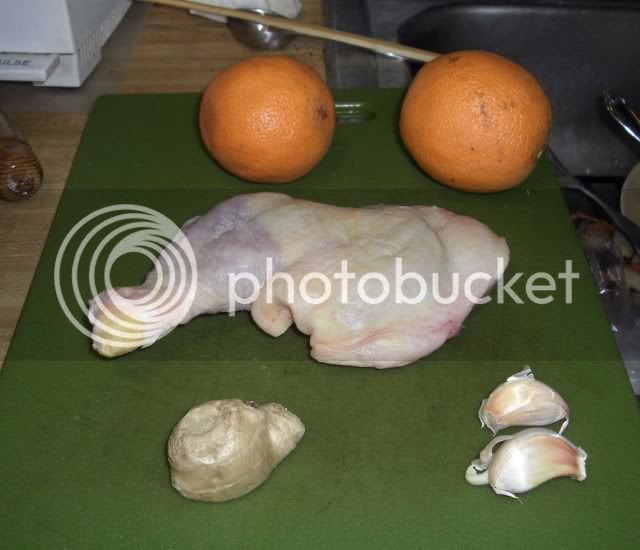 First thing I did was just get a little zest off one of the oranges.

Adding A Bit Of Zest To My Life 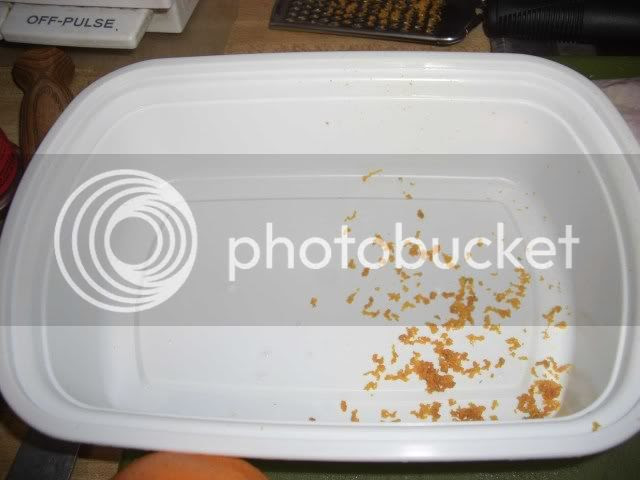 Then I juiced the two oranges.

Doing It By Hand 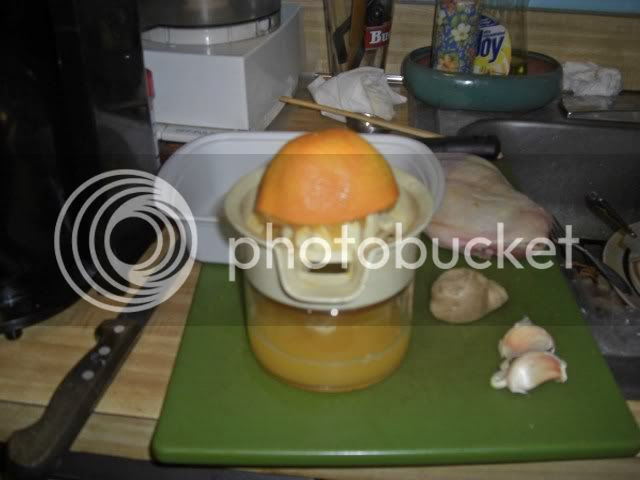 Then I just added the juice to the container with the zest. Gosh, isn't this interesting. Kind of reminds me of chemistry class. And, I diced up the garlic too. 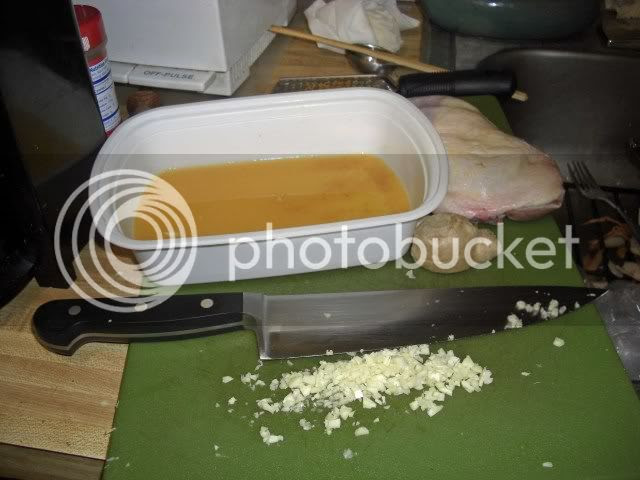 I threw the garlic into the juice and then sliced up some ginger. I stuck the ginger in the microwave for about thirty seconds just to soften it up a bit and let the flavor seep out better.

The Ginger Is Ready To Go 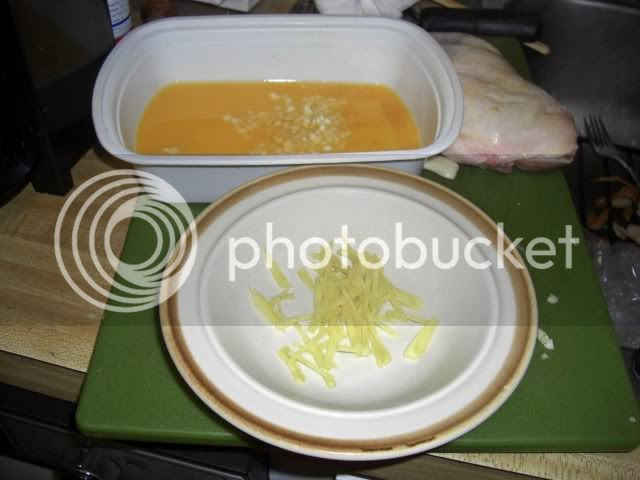 And Everything Into The Bath Water 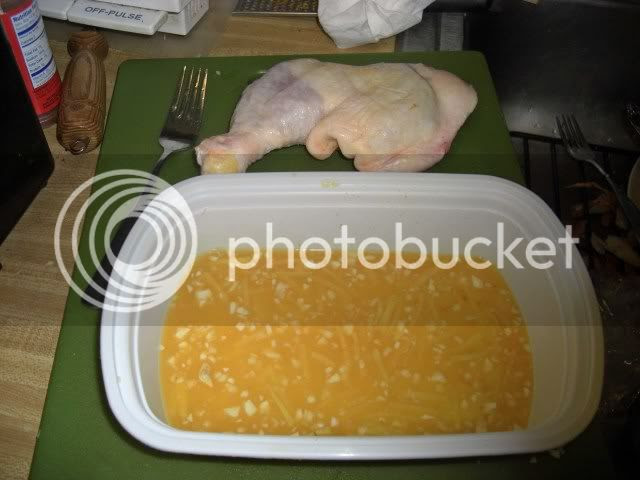 And The Chicken Taking The Plunge 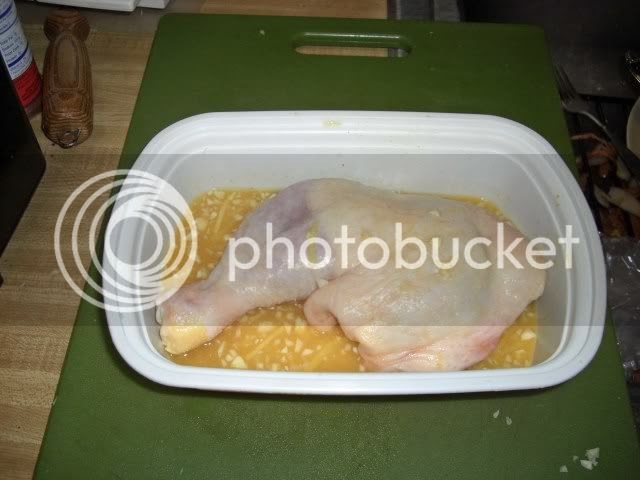 I let the chicken marinate in the refrigerator and then got to thinking that maybe I should add a bit more orange flavor.

I Squeezed Another Orange 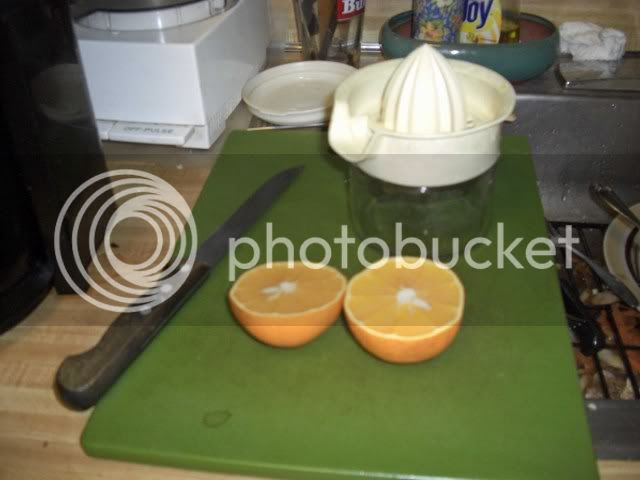 I stirred in some salt and then loaded up my syringe.

This Won't Hurt A Bit 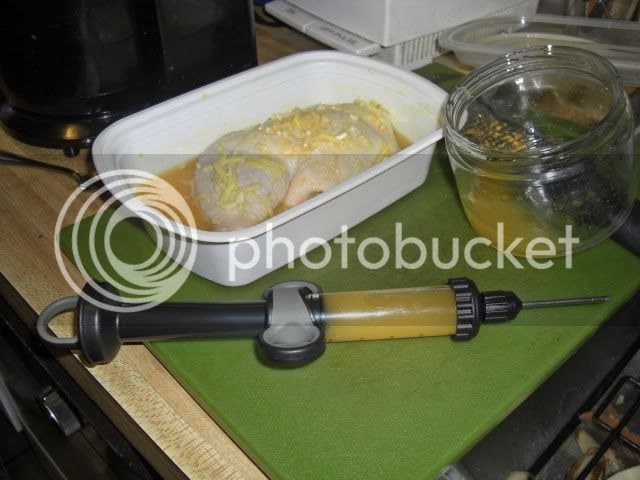 After injecting the chicken I let it sit for a bit and then put it in the frying pan with a bit of olive oil. 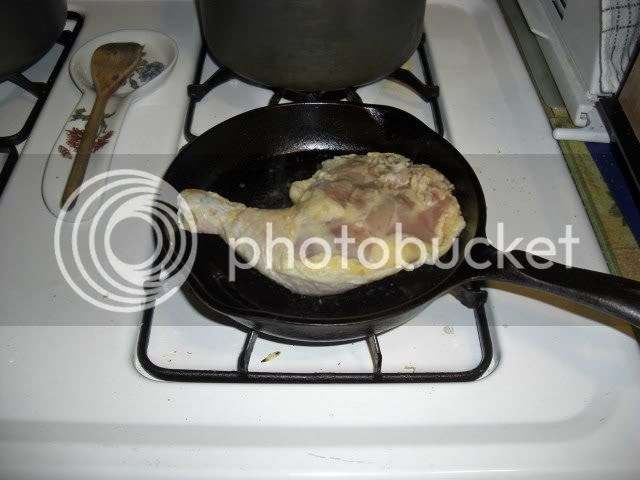 While the chicken was frying I also put on the rice.

Rice In A Pot Of Water, Wow! 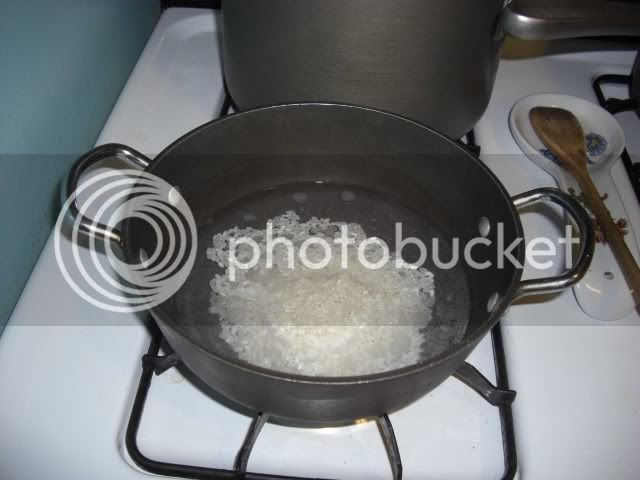 And I threw a serving of my frozen mixed vegetables into a little pot to boil away for about ten minutes.

See The Above Caption - Substitute Veggies For Rice 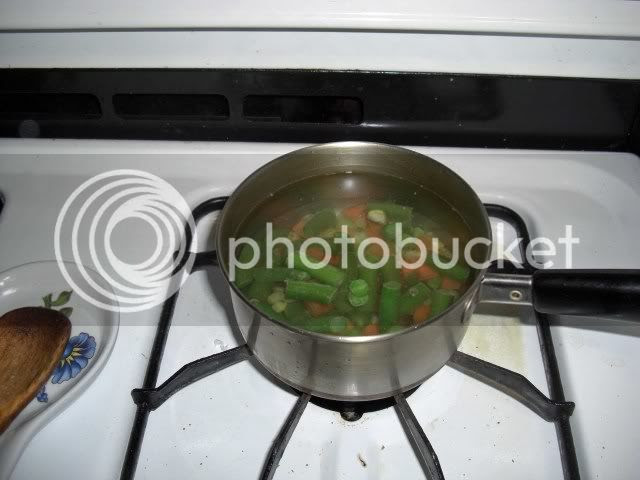 The Chicken Crisped Up Nicely 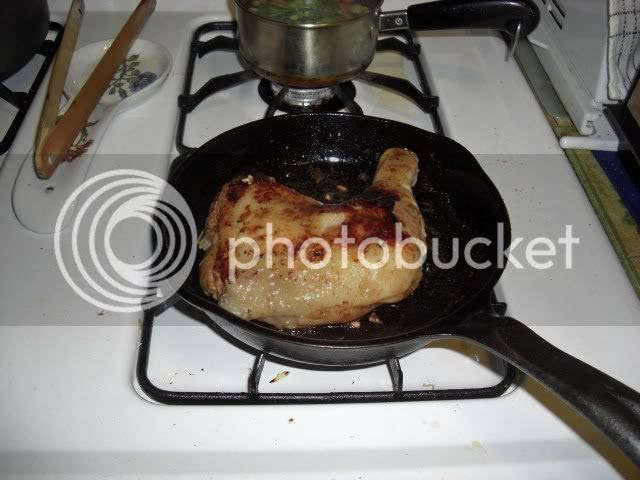 Again, I always hate to let the drippings of anything go to waste. When I make rice I will always stir it into the drippings of whatever else I have cooked (well, not fish) to give it some additional flavor and a nice brown color.

Rice With Some Flavor 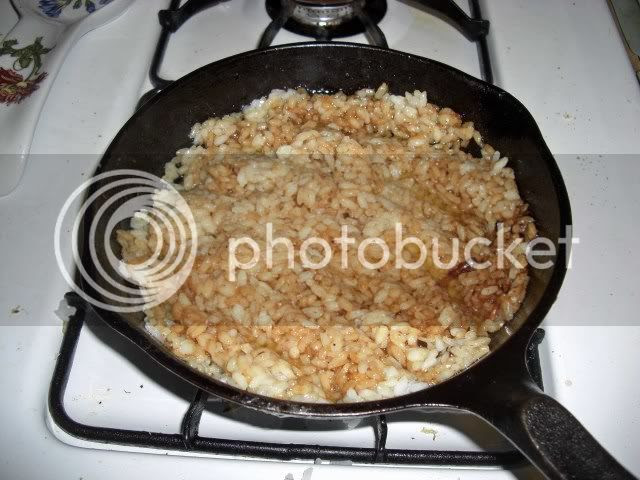 When all was said and done I again had a very respectable dinner. 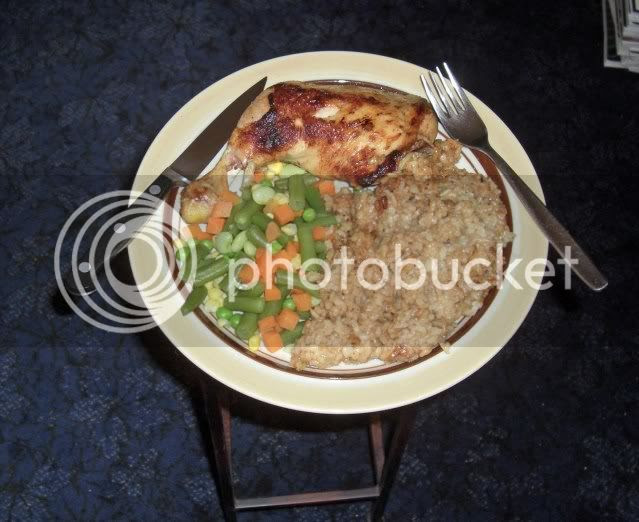 I see where the Yankees, apparently embarrassed by the empty seats behind home plate, have reduced the price of the tickets, by 50% for some seats, down to a mere $1,,250 from the original $2,500. I guess if you can afford to sit in those seats the price of the beer probably won't be an issue.
Posted by Bar Man at 8:36 PM

My favorite color is orange,
I've loved it ever since I was born
just mix red and yellow
for a hue that is mellow,
And I'll use it to paint my front doorhinge