Pasta For Breakfast, Pasta For Dinner

It is amazing how much pasta you can make out of just one box of the stuff. I still have another box that I haven't even opened yet and I had a lot of left-overs from last night. I mean a lot. But I have an old trick for using leftover pasta to make kind of a breakfast, well, I don't know what you would call it. 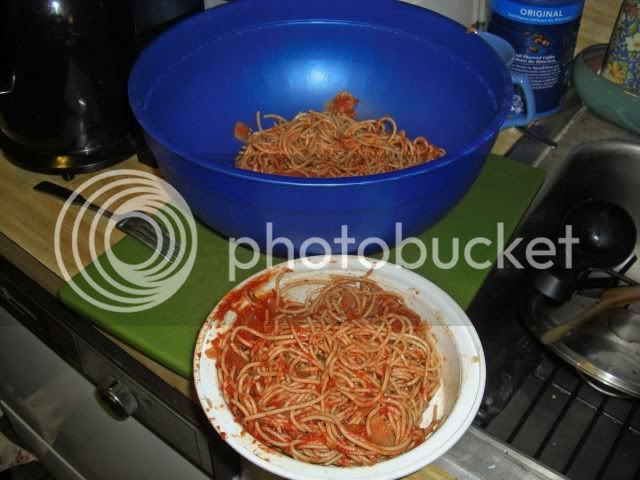 Into the blue bowl I threw a couple of eggs and some diced Cheddar cheese. This is a bit of a departure from what I usually do. Normally I would throw in a bunch of grated Parmesan cheese, but my budget didn't allow for that luxury.

Everything Tossed Into The Bowl 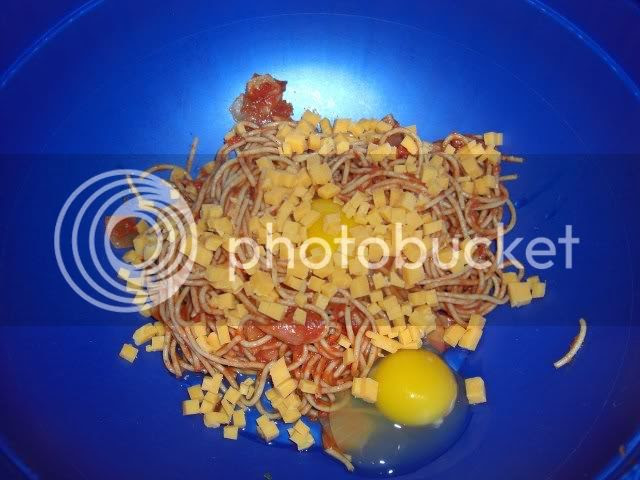 Next you mix it all together with your hands, getting them nice and gooey. Then you toss the mixture into the frying pan after putting in about a tablespoonful of olive oil.

And Into The Frying Pan It Went 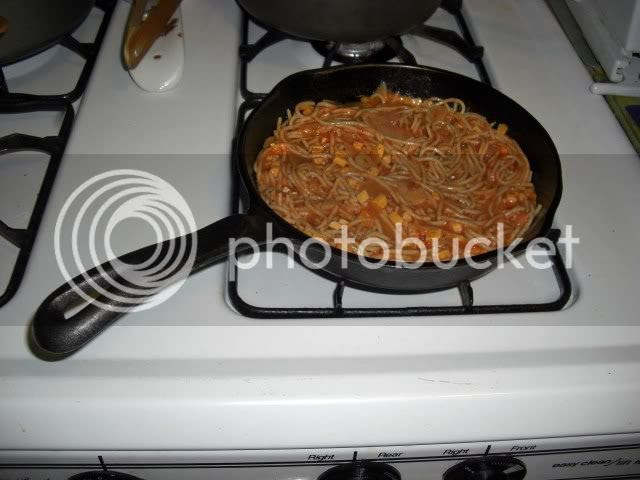 I fry it over a low heat just until the cheese on the top starts to melt and then pop it into the broiler to give it a nice crust on top. 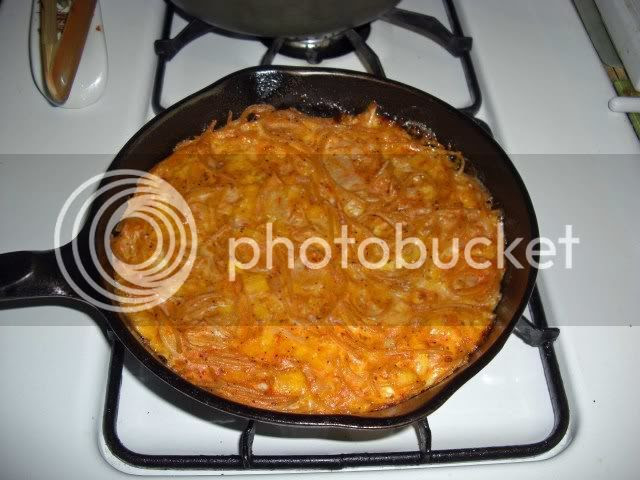 It was way too much for one meal so I just dished up half and finished the meal with a grapefruit. 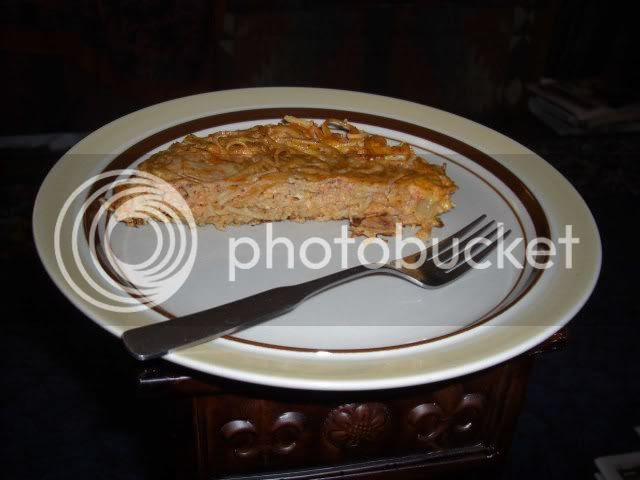 And the other half gets saved for tomorrow morning. 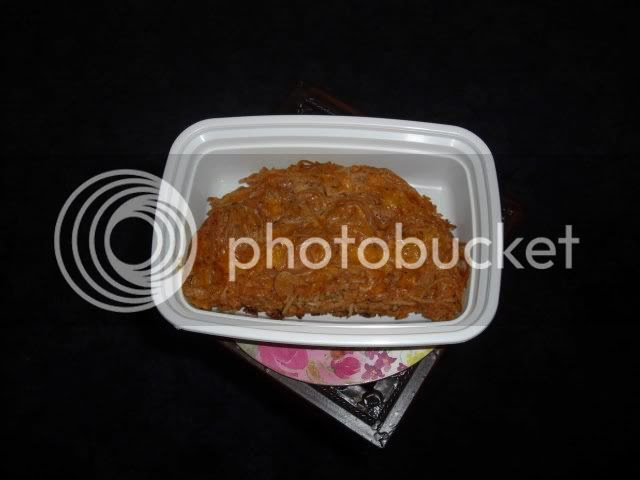 For lunch I made a bold decision and cut my peanut butter and banana sandwich on the diagonal. A radical departure from the norm. I also had a hairy carrot. 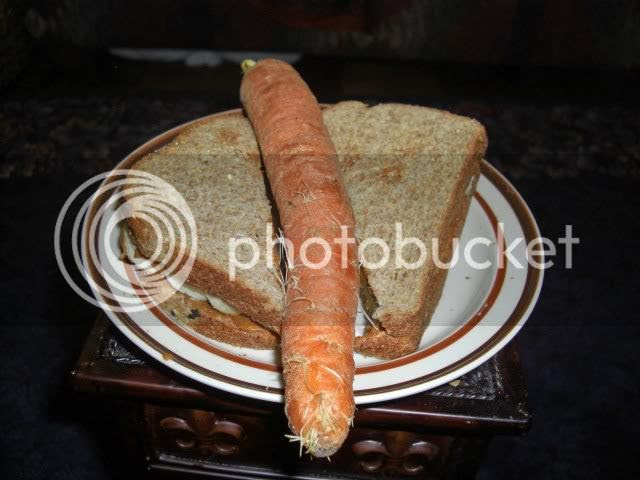 The carrot was still firm, and I did peel it so there wasn't any hair getting stuck in my teeth. Sunday I will check to see how the rest of them are doing and will probably use them in some kind of a chili concoction. I got a good deal on buying five pounds of carrots, but that is a lot for one person to eat before they start to, well, grow hair.

For dinner I had thawed out one of my steaks and just fried that up. 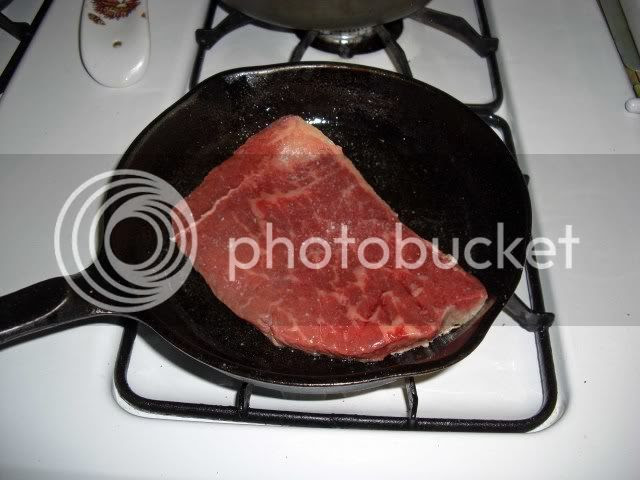 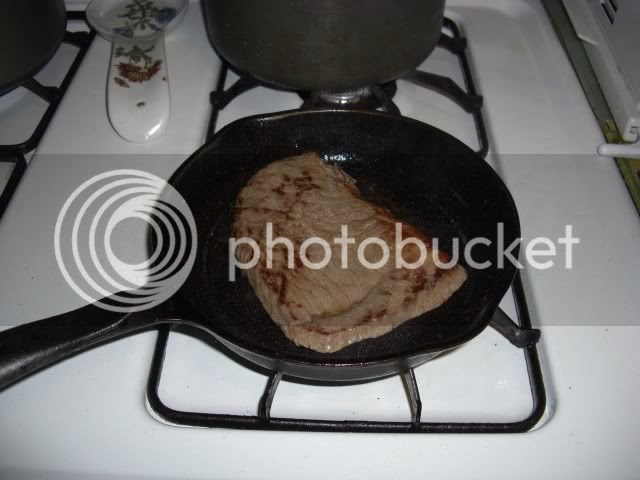 While I fried the steak I threw the rest of the pasta from last night into the microwave and when everything was done threw it all on a plate.

But, Where Is The Chianti? 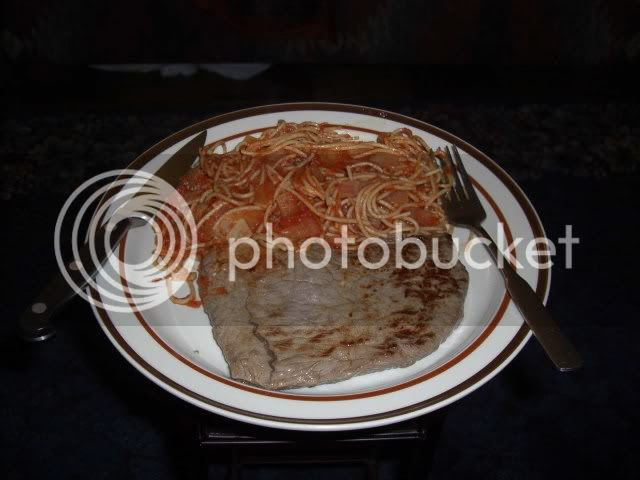 Last time I just ate half of the steak and saved the rest for a sandwich the next day. I must have been hungry tonight because I ate the whole thing. Plus, I bought too many bananas the other day so I have to use them up pretty quick. Peanut butter and banana sandwiches for lunch will be the rule until this batch is gone.

I took one of my packages of pork out of the freezer and have it thawing in the refrigerator for supper tomorrow. I also have some black beans soaking. I will probably use half of them with rice to go with the pork and then use the other half on Sunday when I make my chili concoction.

There is probably no ideal time to go on one of these austerity programs, but Brazen Head is having one of their Clam Fests tomorrow, and I really do enjoy those. They also feature beers from Long Island. To make matters worse, they have a big sign out front that I can see from the YMCA while I put in my time on the treadmill.