Our First Evening At Denali Park

Well, we weren't actually in the park, that doesn't come until tomorrow. And we didn't exactly go out exploring the Alaskan wilderness. Instead we settled in to my first couple of Maker's Mark Manhattans. The small, informal restaurant that wraps around the bar and extends out to the deck has some very good food. We ate there a couple of times. 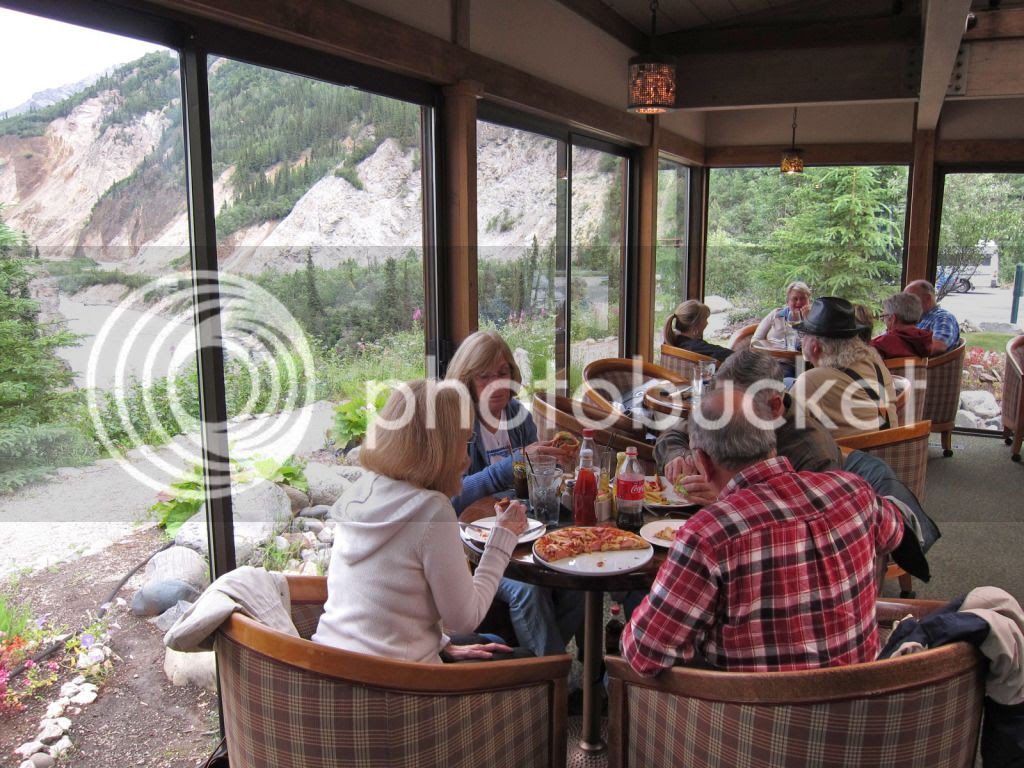 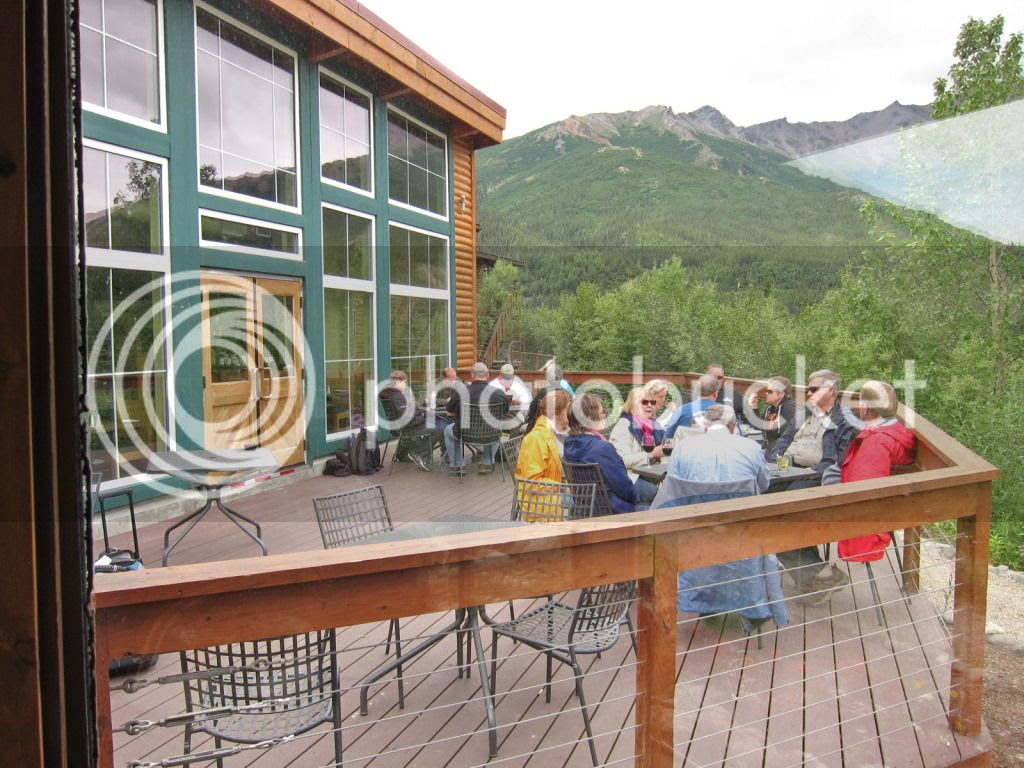 But on our first night we decided to take a little shuttle to a place down the road that had a good reputation. 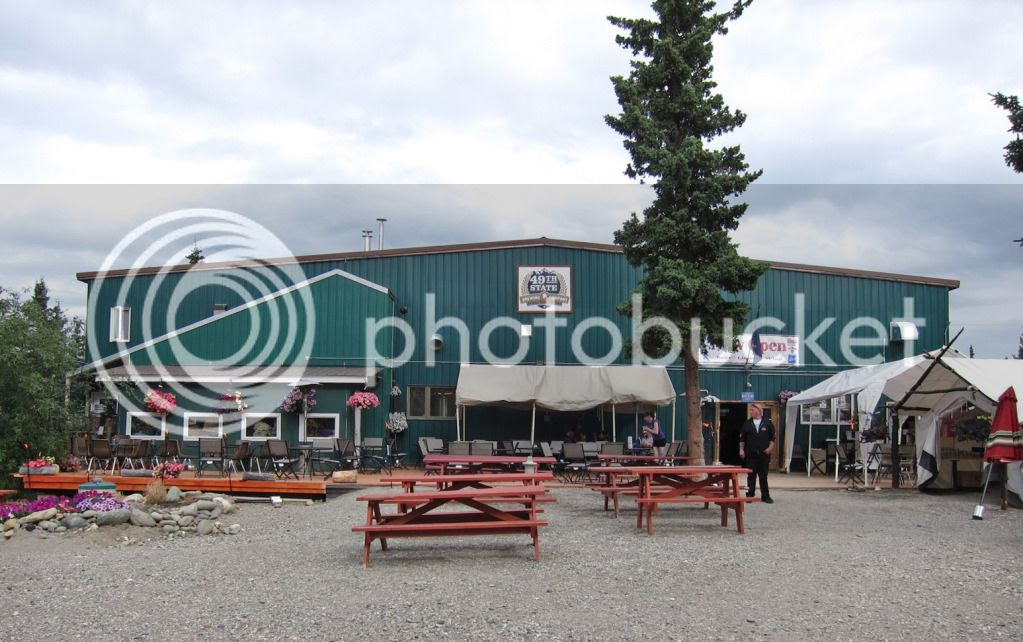 Both our guide and the bartender said we should try it, as did a couple of people at the bar. So how could we resist. And it was worthy of the praise. 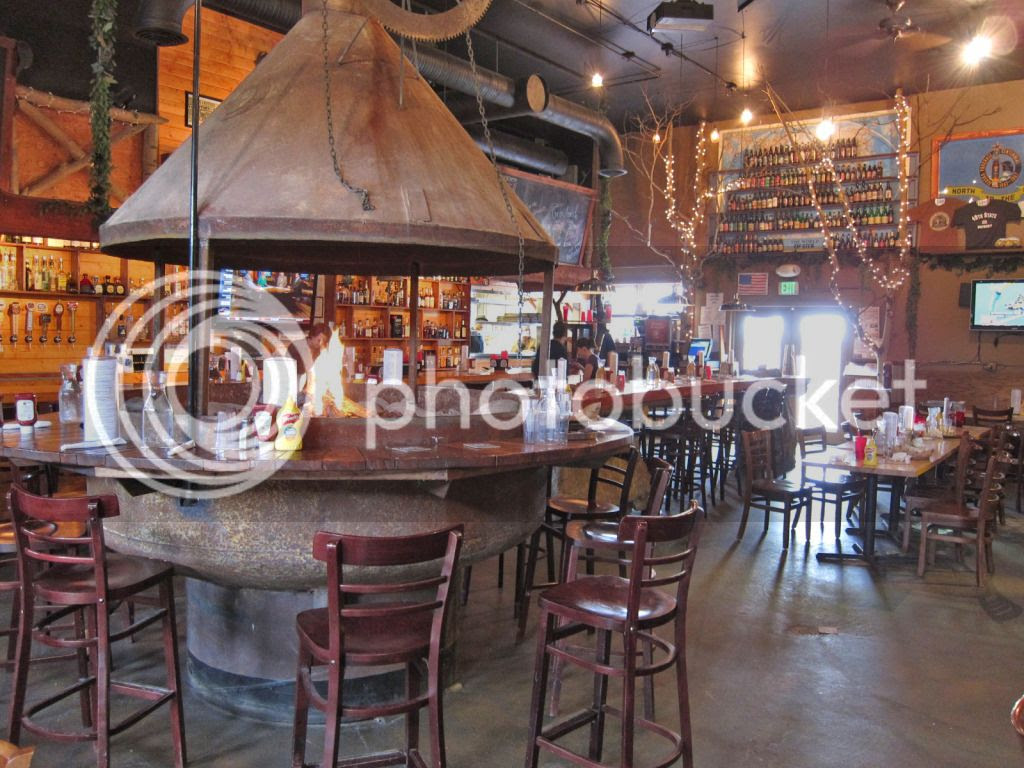 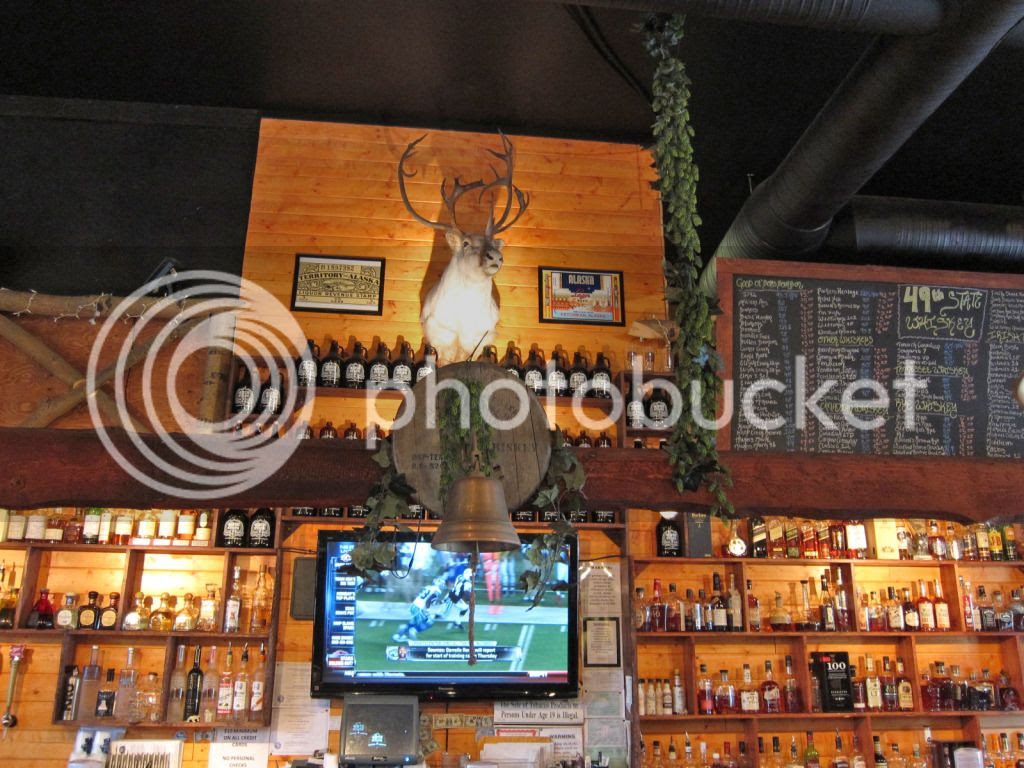 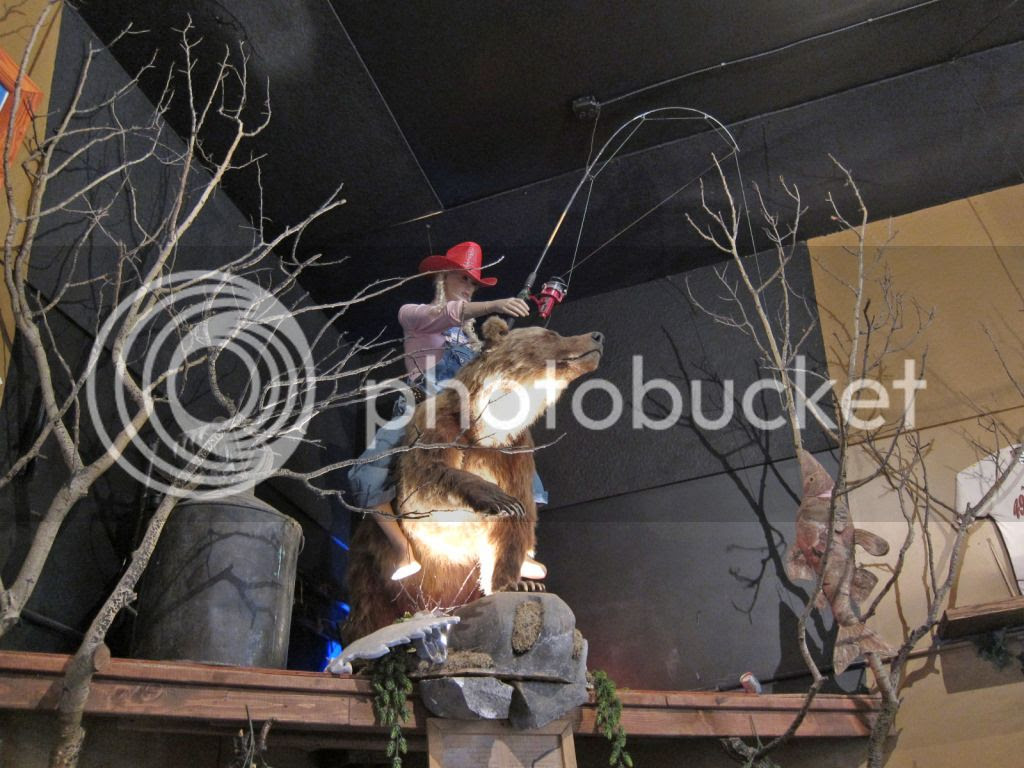 But this really gladdened my heart,

A Brewery In The Back 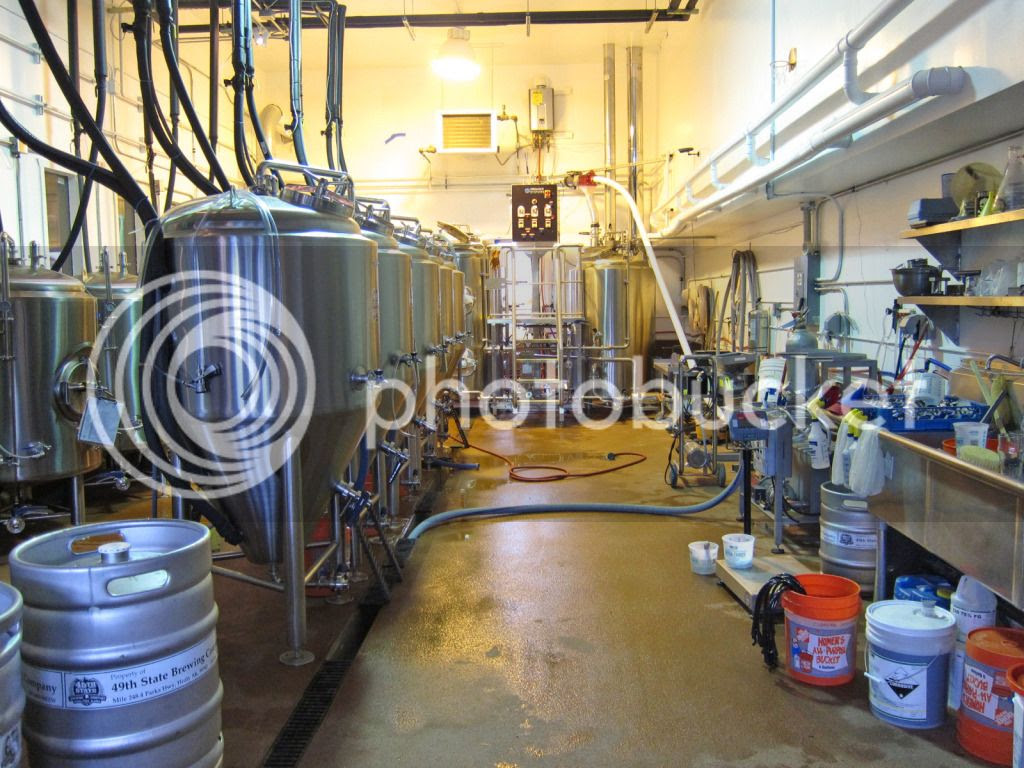 Fortified with the knowledge that I would be delivered to my cabin's door by a series of shuttle buses and therefore would not have to actually walk on any potentially dangerous paths, I partook of a few of their brews. Sadly, I remember little about them except that they were very good. I think one of them used pine buds instead of or in addition to the hops.

And for an appetizer, well I couldn't pass up on their version of a Scotch egg. Instead of using pork-sausage they use reindeer sausage. For those of you who don't know, you make these by wrapping a hard-boiled egg in a sausage and, well, fat of some sort. When I make my own I fry up a pound of bacon and use the bacon fat. Then you deep-fry the thing until the outside starts to crisp up. Quite delicious, in my opinion. 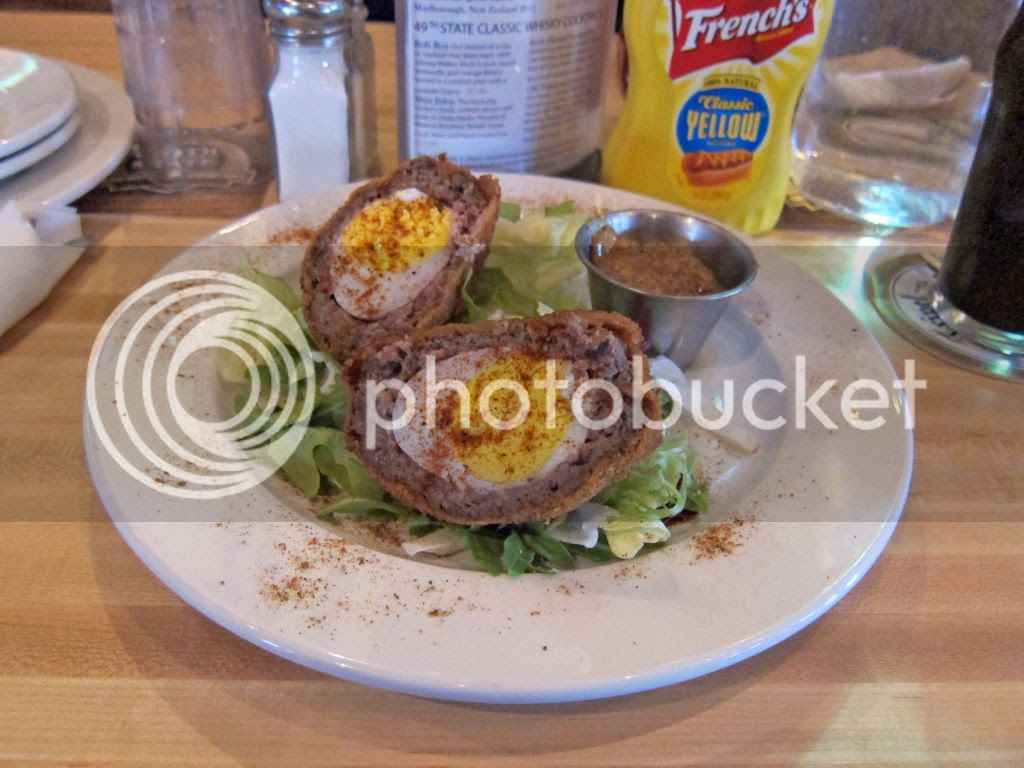 I can't remember what the Mysterious Chinese Woman had for dinner, but I know she liked it. I had a steak and it was great. Good piece of meat and done to perfection. 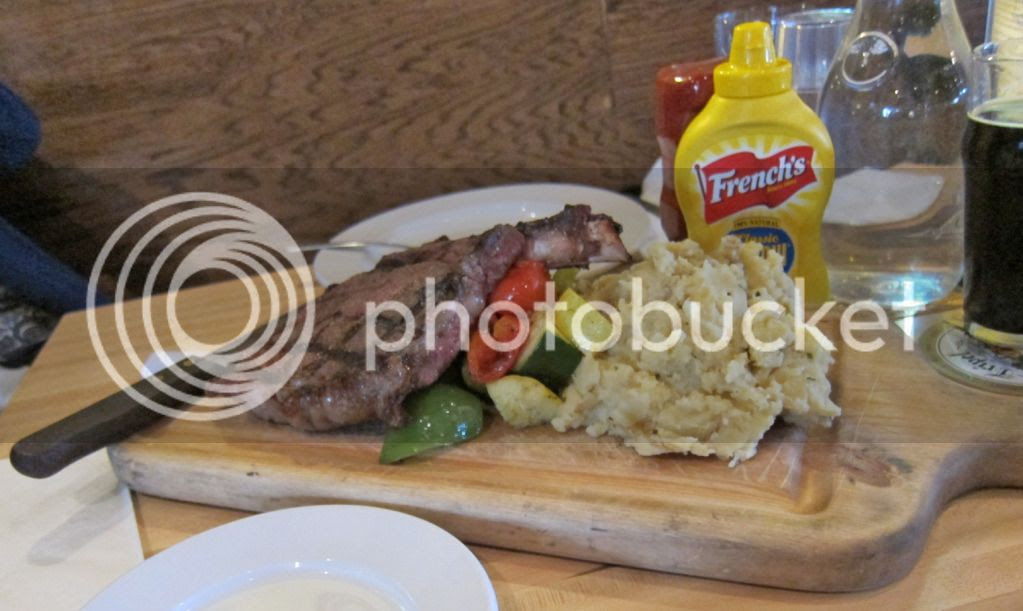 Now what wondrous view could elicit such a reaction from the Mysterious Chinese Woman? 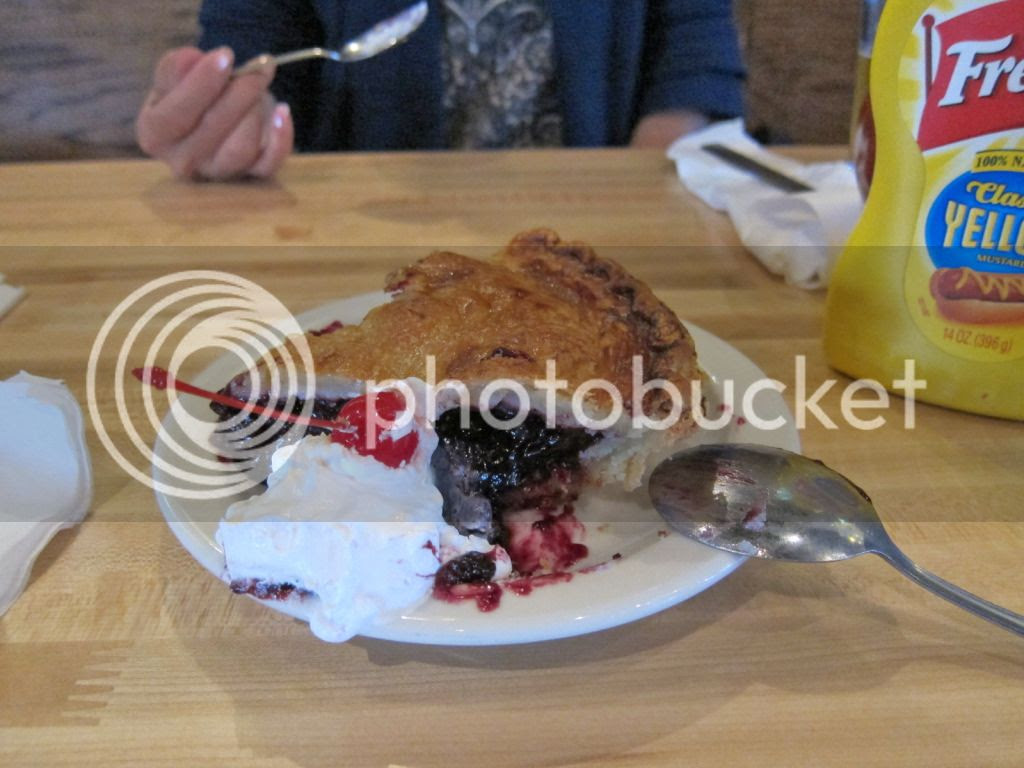 Well, to be fair, it was a mighty damn fine piece of pie. Made with wild blueberries that were as flavorful as any that I have ever eaten, and I have eaten my share. And the crust was just perfect. We did something we very seldom do, we ordered a second piece to take home for breakfast.

I don't know how many of you saw "Into The Wild." It was about this guy who goes off to live in a school-bus in Alaska and ends up dying. Anyway, The 49th State has the school-bus that was used in the movie. Not the actual one, mind you, just the reproduction.

Not The Real Bus 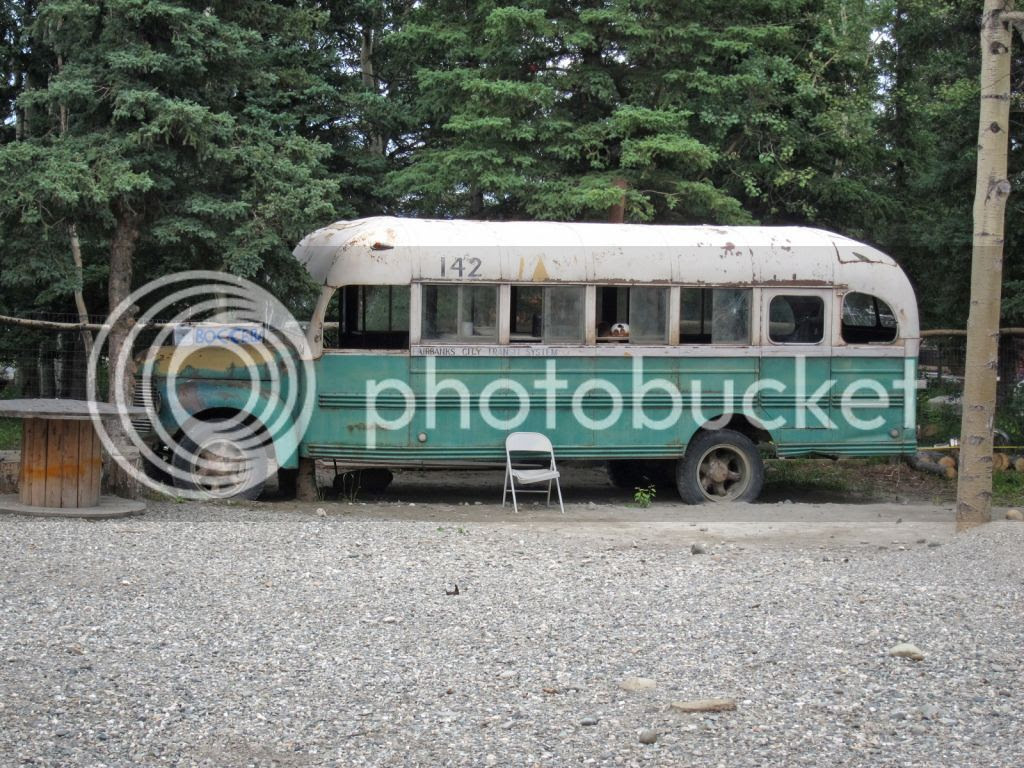 And for those of you who might worry about having to eat that strange Alaskan food, take heart. There are alternatives available. 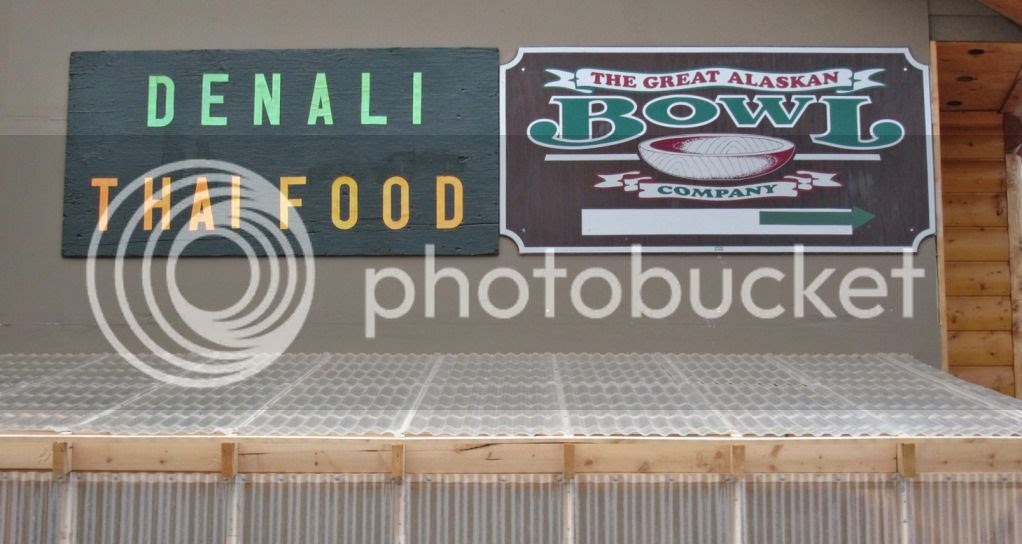 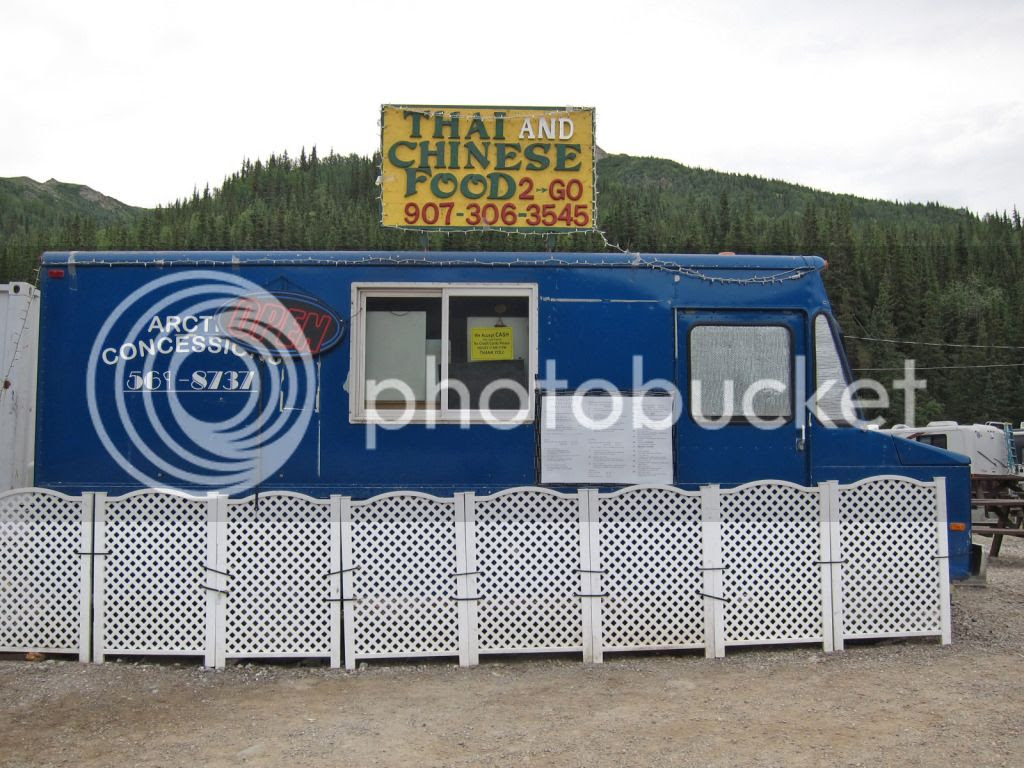 Okay, my next post should include more exciting scenery and wildlife pictures, mostly shot from the inside of a bus.
Posted by Bar Man at 12:19 PM