I figured I better get some more stuff out here about Alaska. The Mysterious Chinese Woman relies upon my posts to remember our trips. Sometimes I post stuff that never happened just to mess with her. She still thinks we had a wonderful time at the Canne's Film Festival, all thanks to Photoshop.

Anyway, not too much narrative here because it is just shots from the train as we traveled from Fairbanks to Denali Park. So sit back and enjoy the scenery. 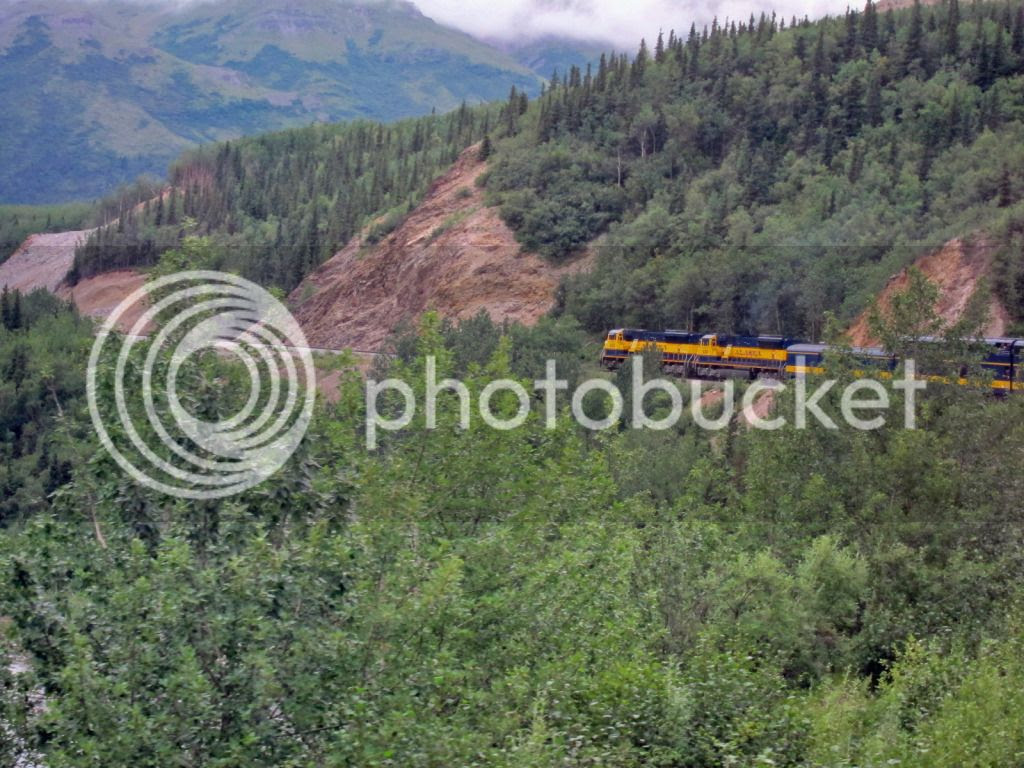 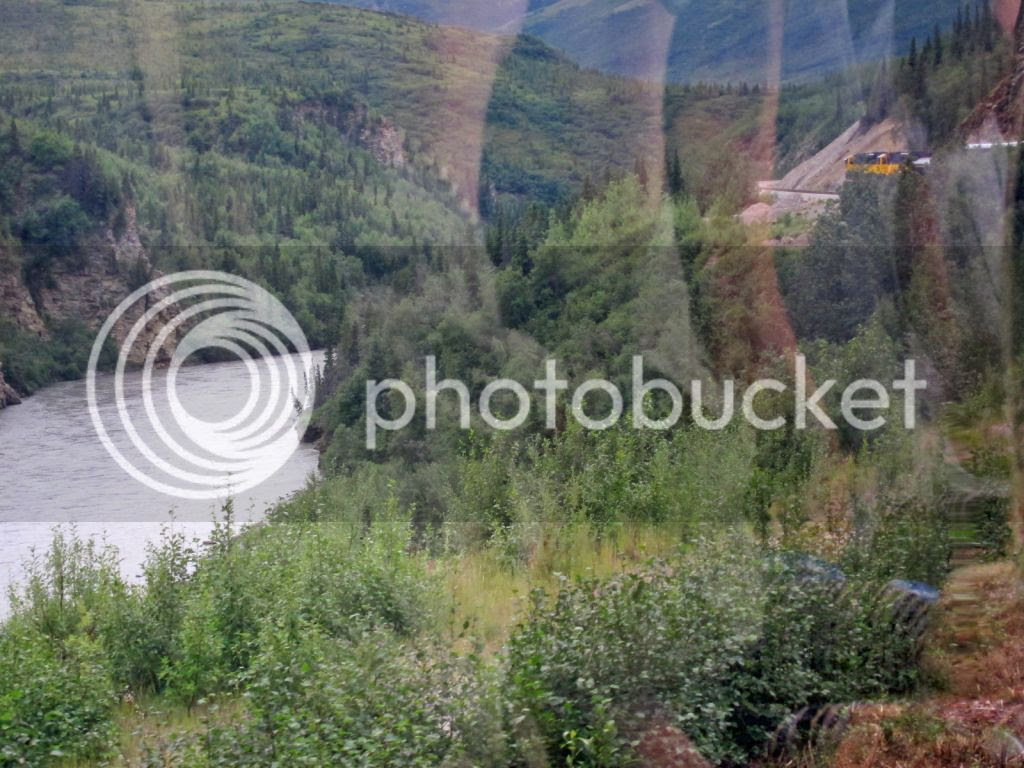 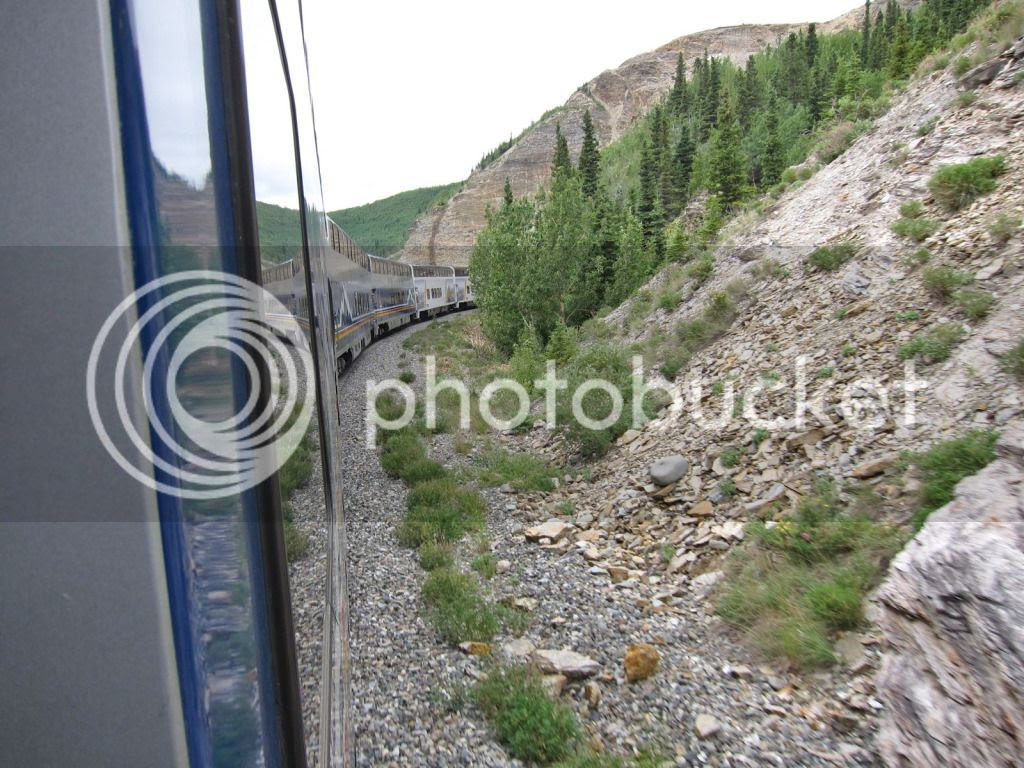 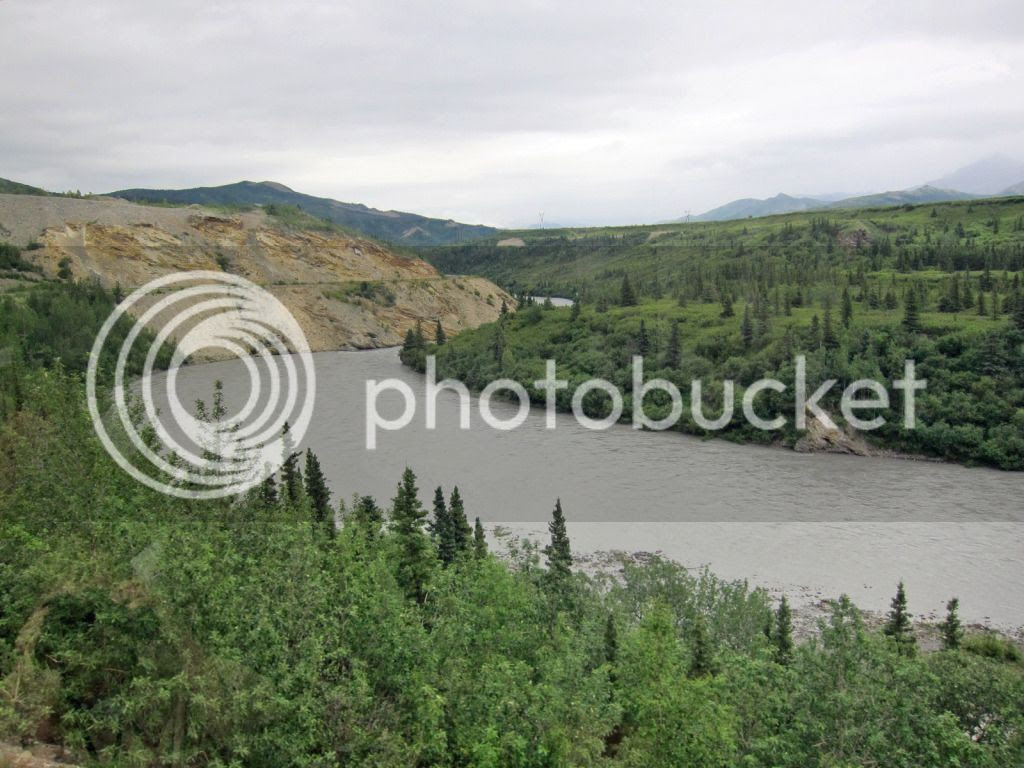 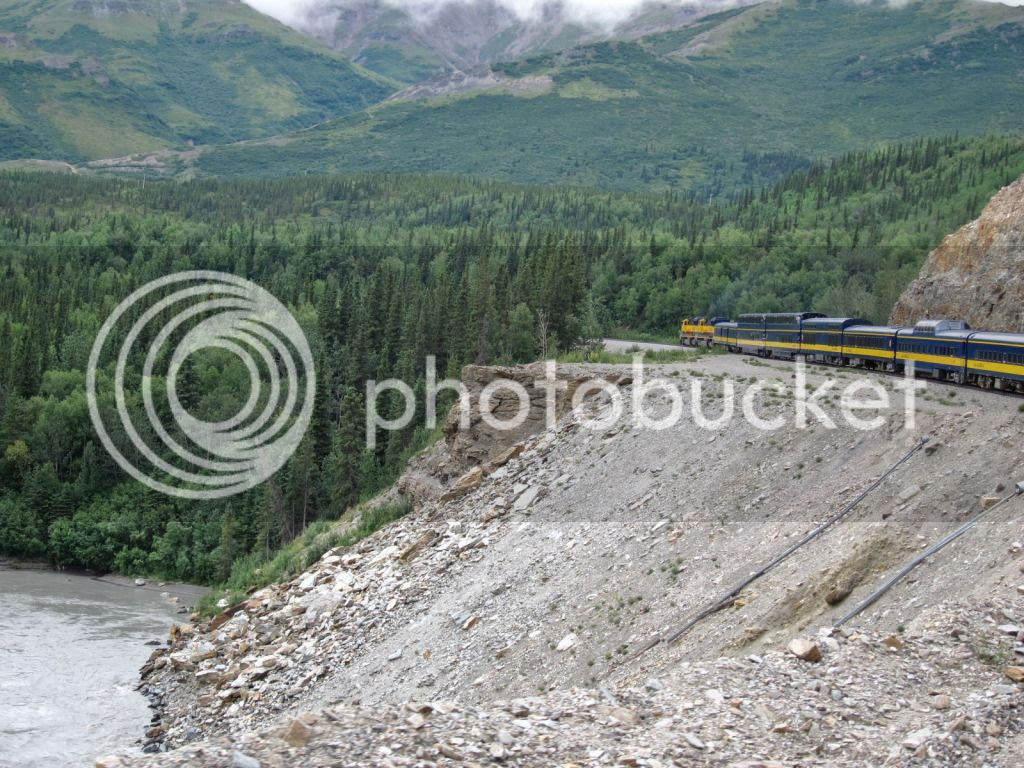 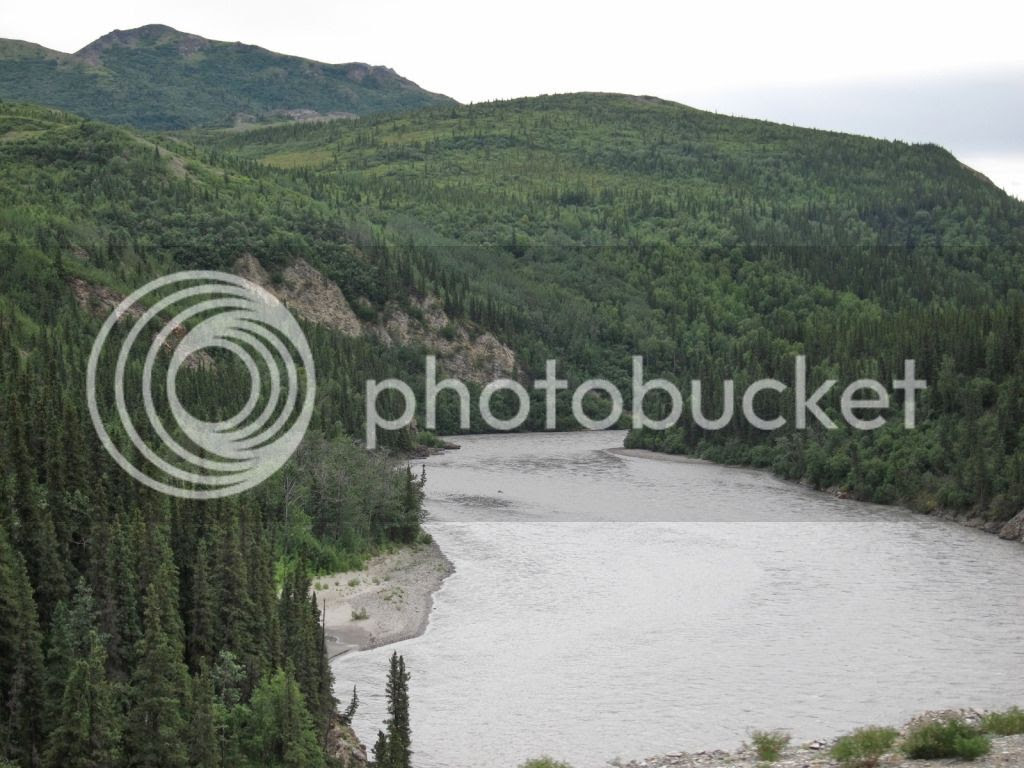 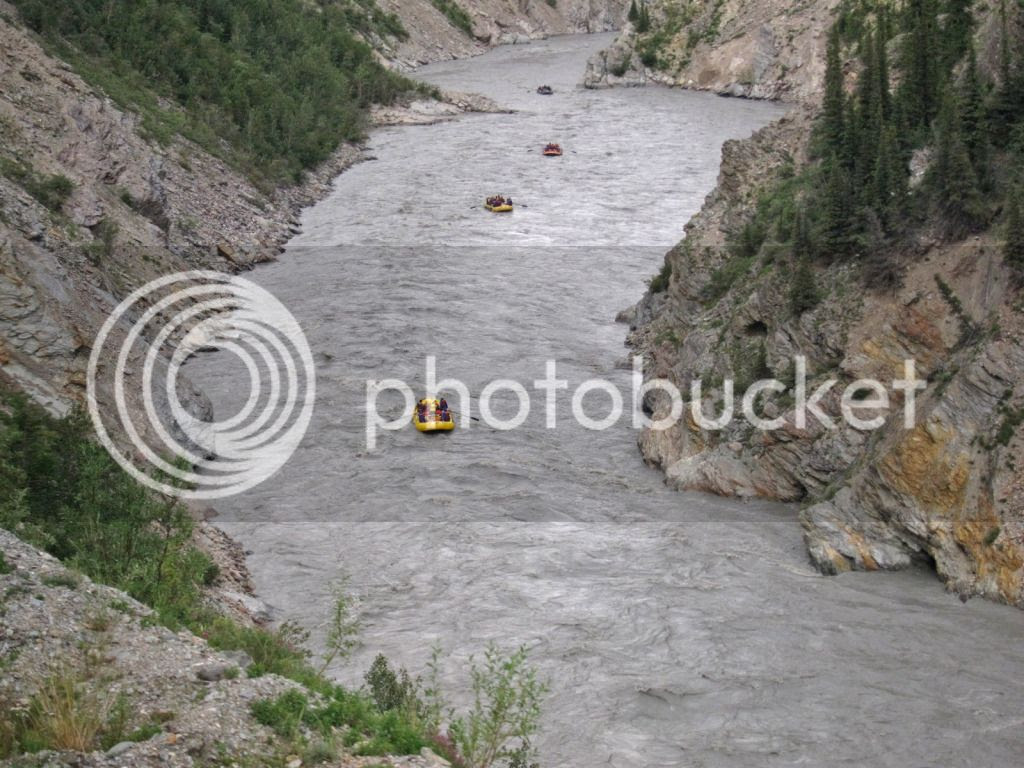 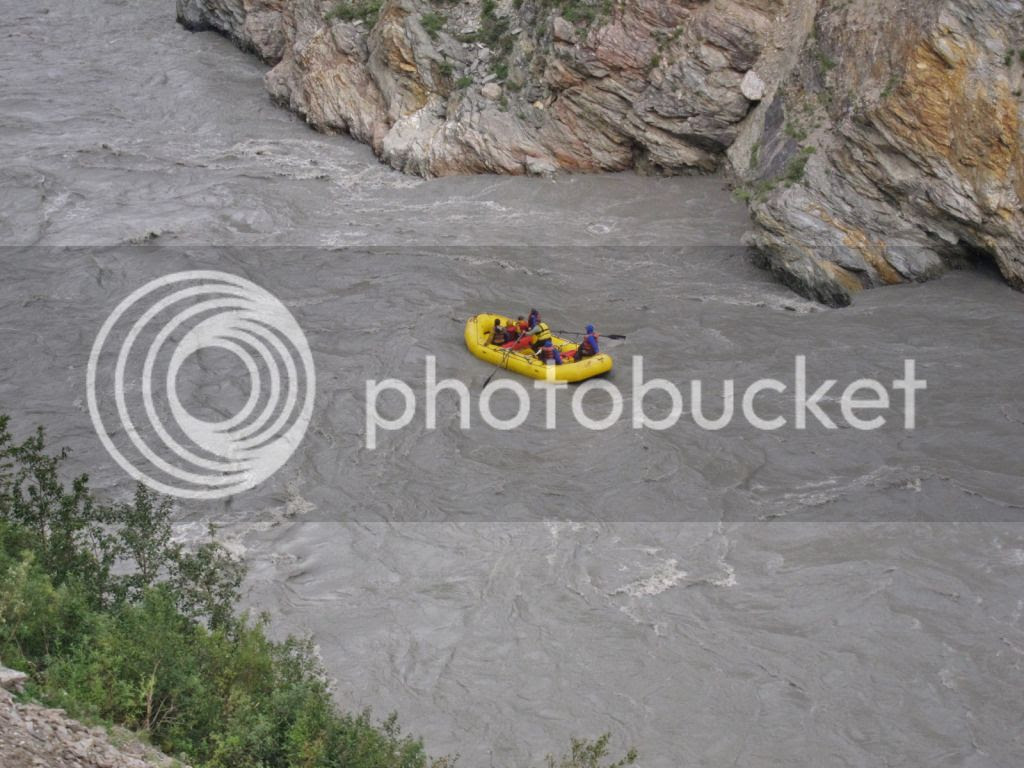 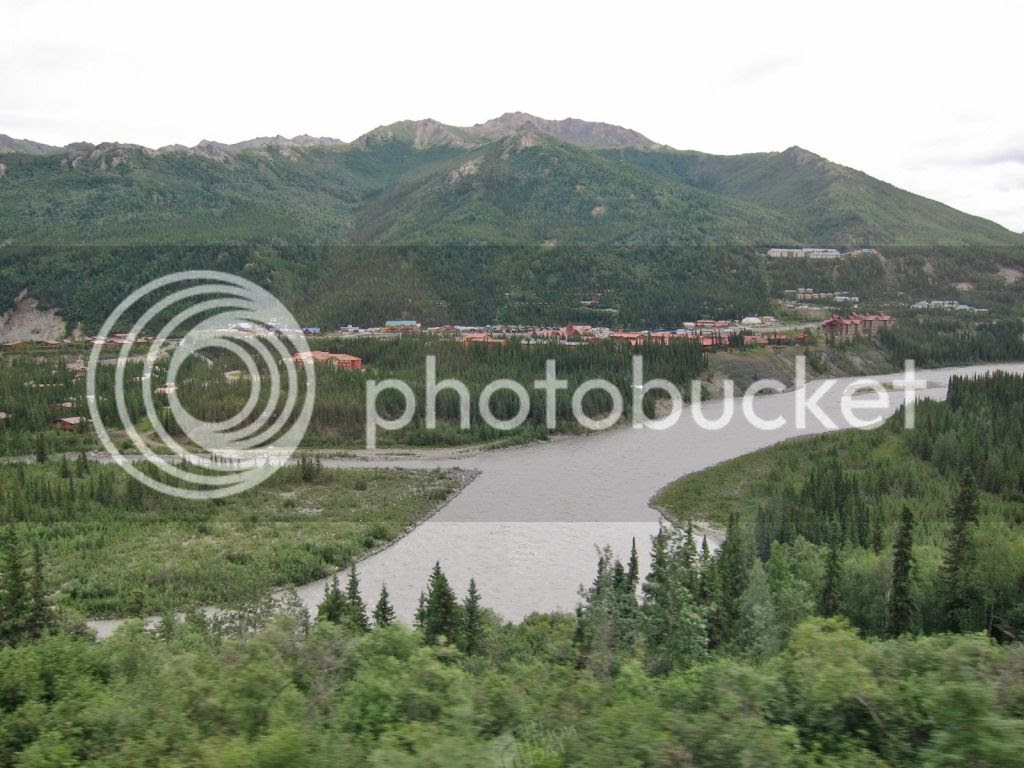 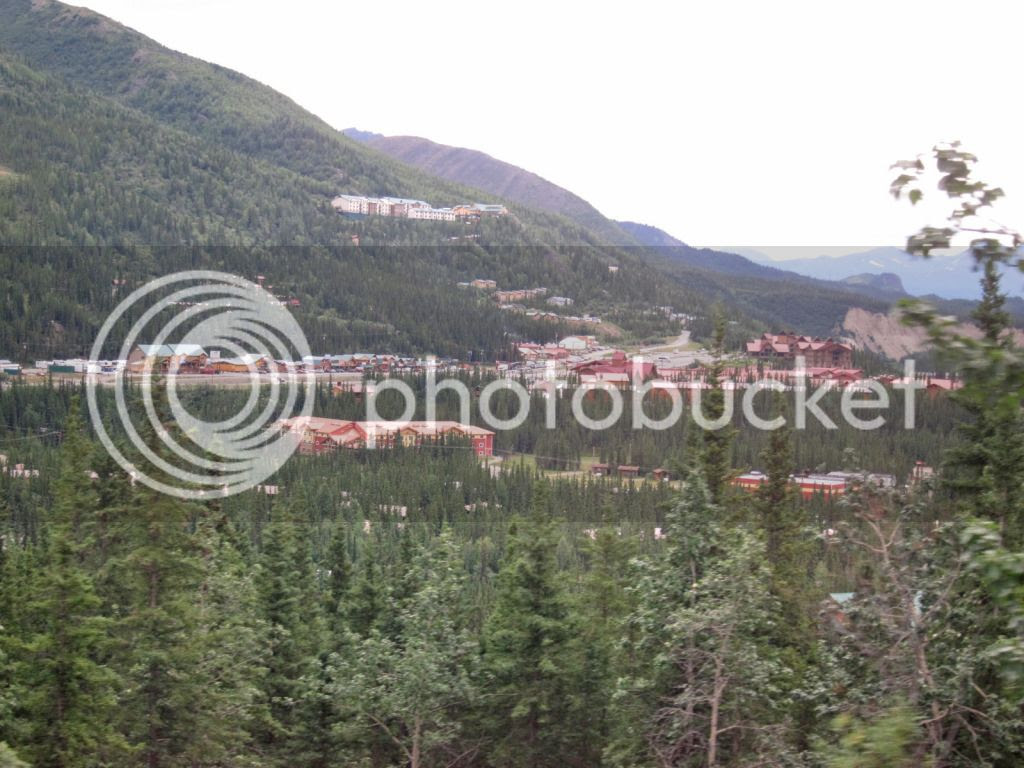 And The Trip Was Worth It 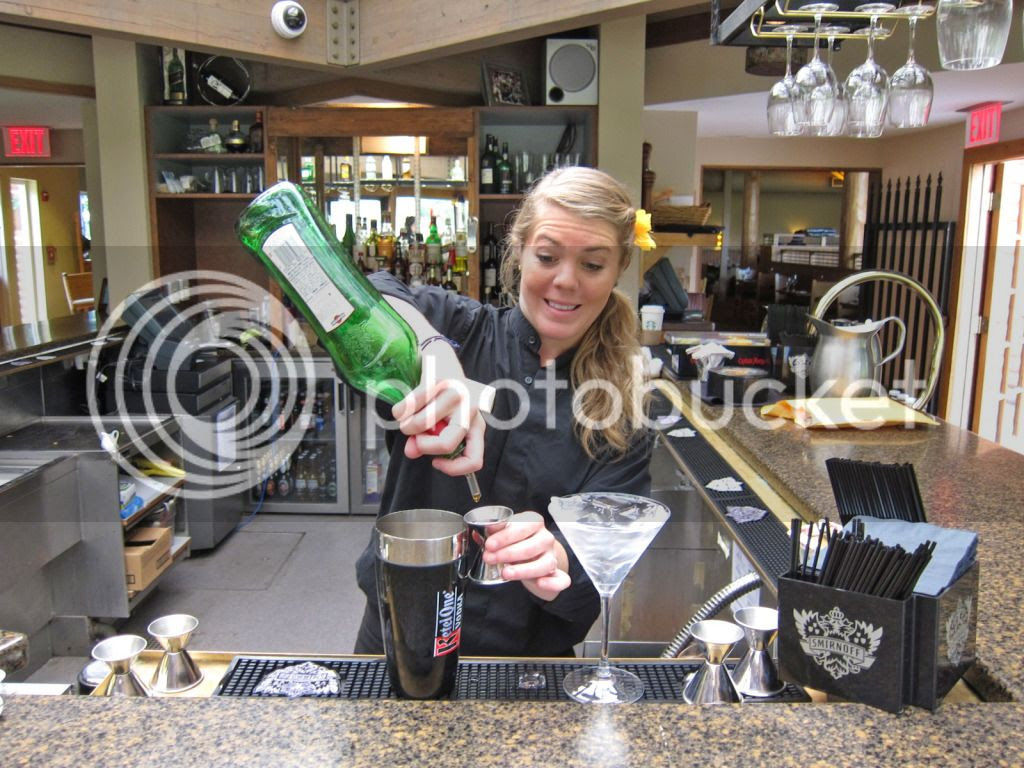 You can see the look of concentration on the bartender's face as she makes the Maker's Mark Manhattan to my detailed instructions. It turned out deliciously. And I had another one of those discussions about bitters in your Manhattan. All recipes that I am aware of it call for its inclusion and that is the way I prefer them. The bartender knew this but still said she usually makes them without the bitters. Go figure, it isn't as though they didn't have any.

Speaking of bitters, although my liquor store carries a small, and getting smaller, section, Stinky Cheese on Smith Street near me has, in addition to a fine selection of cheeses and beer, a very interesting selection of bitters, some of which I had never heard of. I will have to go back and check them out and, perhaps, add to my rather extensive selection. I bought some cheese, bread and a bottle of Brooklyn BAMBoozle beer. A mighty fine beer by, of course, Brooklyn Brewery. It was released to commemorate the 150th anniversary of the Brooklyn Academy of Music and a portion of the profits from the sale of the beer is donated to them. It was a very good Belgian style, at least in my opinion, beer that was crisp and had some nice spicy overtones. Nothing overpowering and very drinkable. I will let you read what Brooklyn Brewery had to say:

"BAMBoozle features a large addition of wildflower honey from the New York family apiary Tremblay Farms – we pick up the honey from Alan Tremblay at the Greenmarket. Blended with golden malts, it is fermented to a dry complexity by our Belgian yeast strain, and then re-fermented in the bottle like Champagne. When the cork pops, the beer shows a shimmering effervescence, a beautifully floral, honeyed nose, and a fresh light zing on the palate that belies its underlying strength. You have not had a beer like this, and neither have we. You can enjoy it now, but it will also age very nicely. Like BAM and like Brooklyn, BAMBoozle is in a class of its own."

More on Alaska tomorrow, I promise. Otherwise I will start to forget and think, perhaps, we were really in Cannes.
Posted by Bar Man at 10:48 AM