A Bus Ride In The Park

Just a quick flashback. You may remember this picture of a statue in Fairbanks: 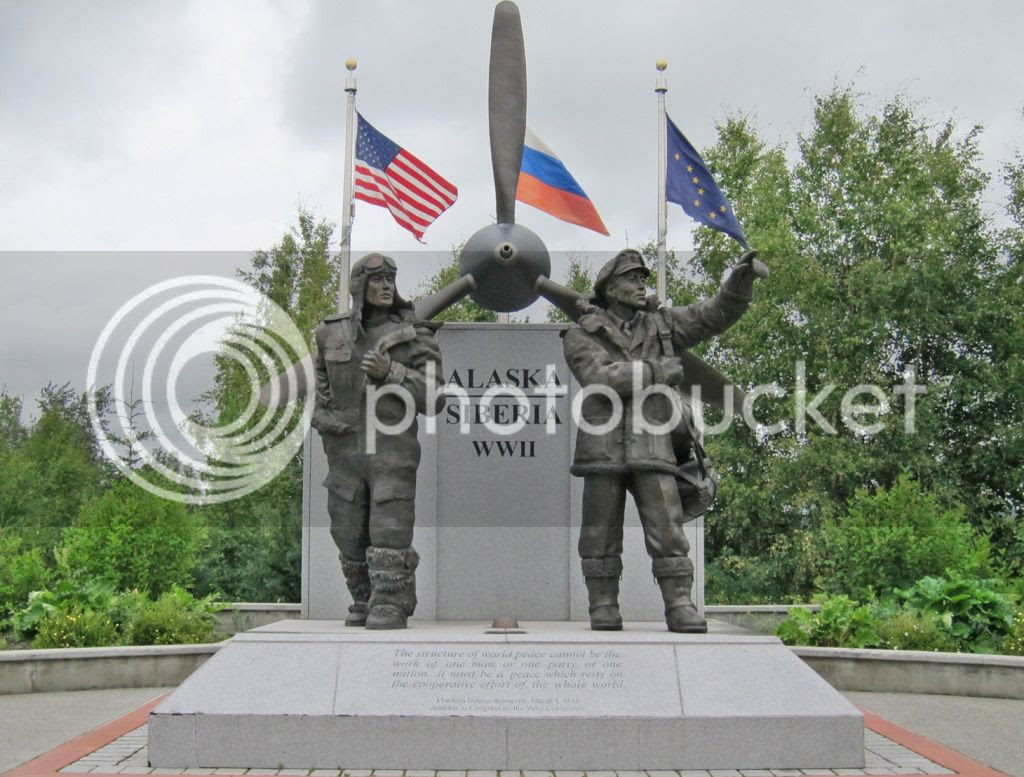 I did a little research and found out that before the United States actually entered World War II (we were horribly late to the game) there was the Lend Lease Act, signed into law on March 11th, 1941, a year and a half after the outbreak of World War II in Europe and nine months before the United States entered the war in December, 1941. It was a program under which the United States supplied Allied nations, including the Soviet Union, with military goods, including airplanes.The memorial has bronze statues of U.S. and Soviet pilots wearing cold weather clothing standing in front of a granite backdrop with a bronze propeller. The monument commemorates the flights of American planes from the continental United States via Alaska to Siberia and were flown by both United States and Russian airmen. There, I just had to get that off of my chest.
Okay, on to the bus trip which, unless you were on the bus, might seem a bit boring. Basically we just saw a lot of park with a few animals seen from great distances. But I did get some pictures of why they call those wide, shallow meandering glacial rivers braided rivers. 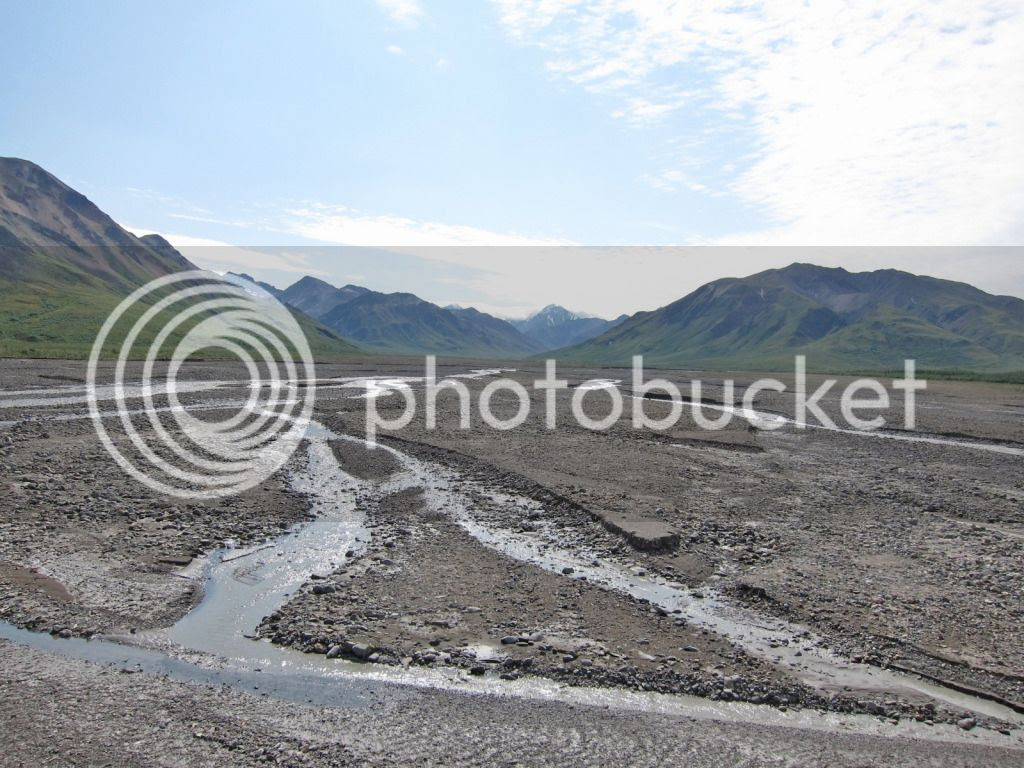 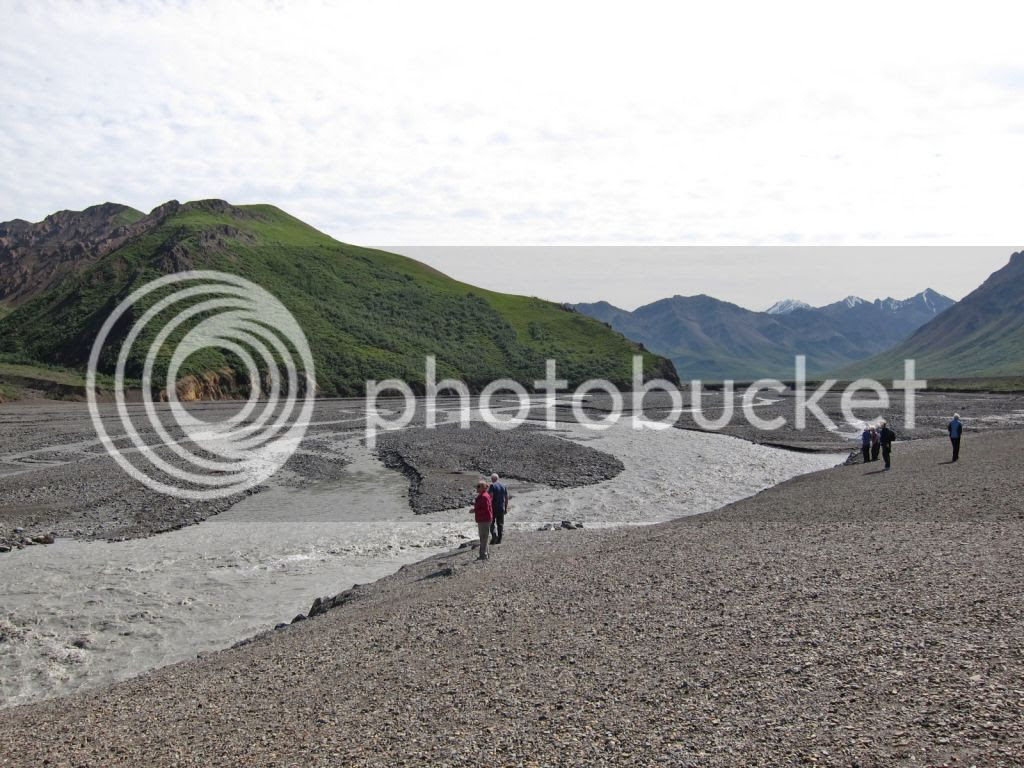 Again, glacial river sounds like something clear and refreshing but, as you can see, in reality they are shallow murky things that support little in the way of life. In deeper areas there may be a few salmon who wander into them and a few beluga whales will go after them. We were very lucky in that it was a very clear day and we got a pretty good look at Mt. Whitney off in the distance.

Mt. Whitney, Or At Least Most Of It 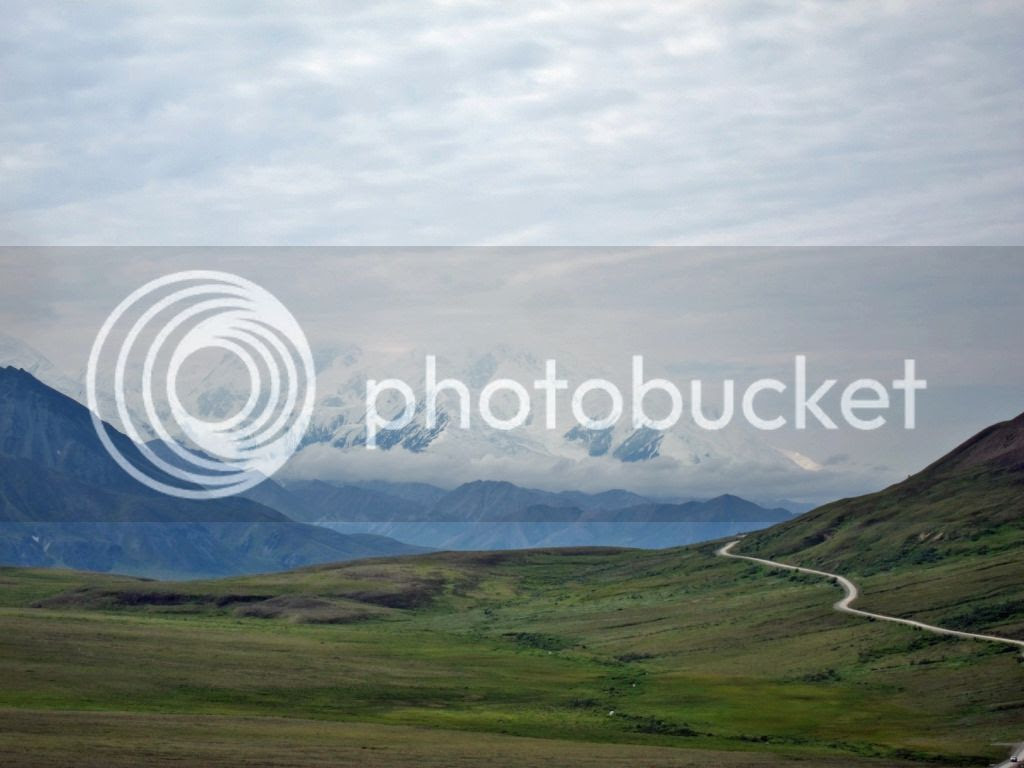 The Mysterious Chinese Woman And Me Blocking Most Of It 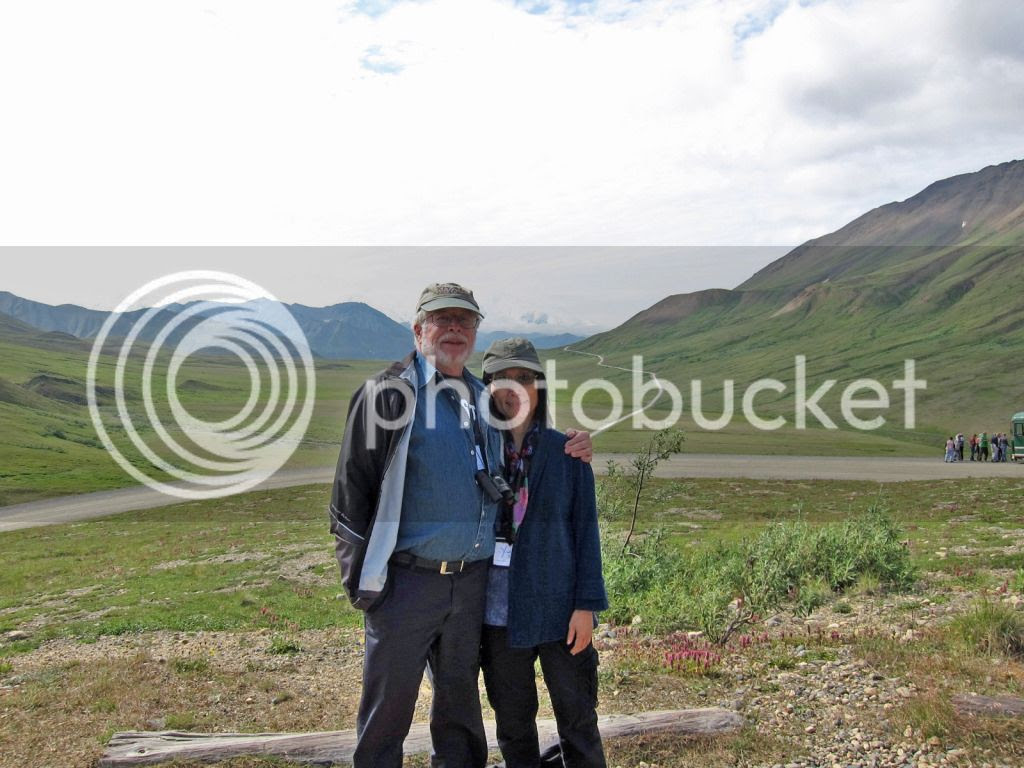 Oh, and the wildlife. We didn't see any moose or mountain goats, but we did see several elk and a bear with her cubs. 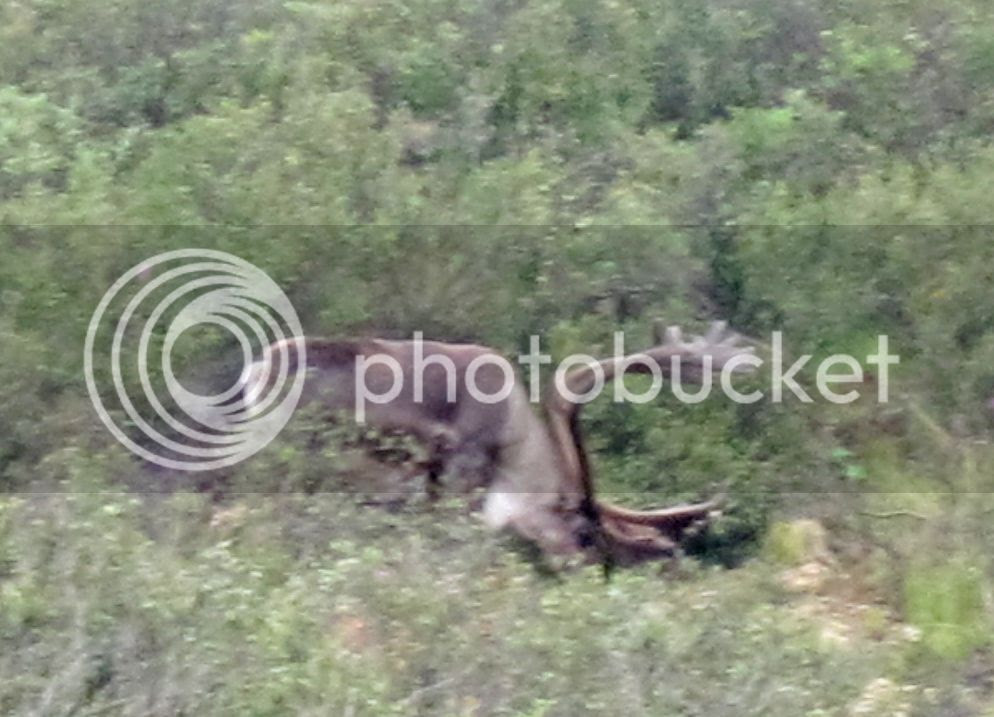 We thought we saw some mountain goats, but they were just some hikers who were all down on their knees, for some reason. 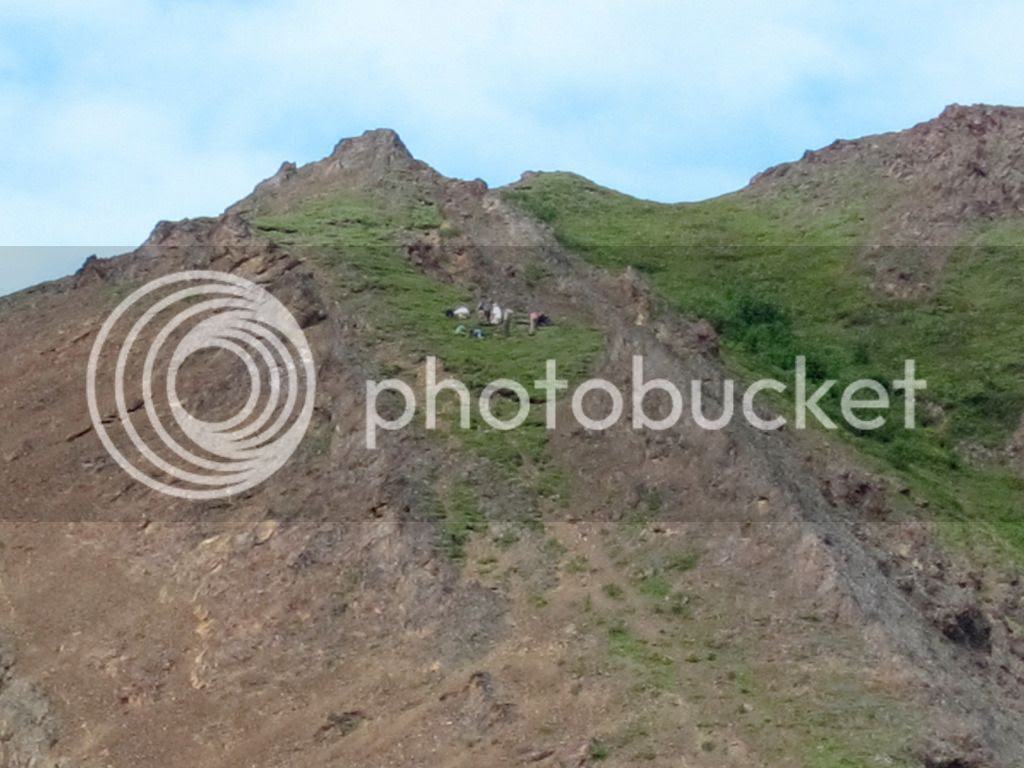 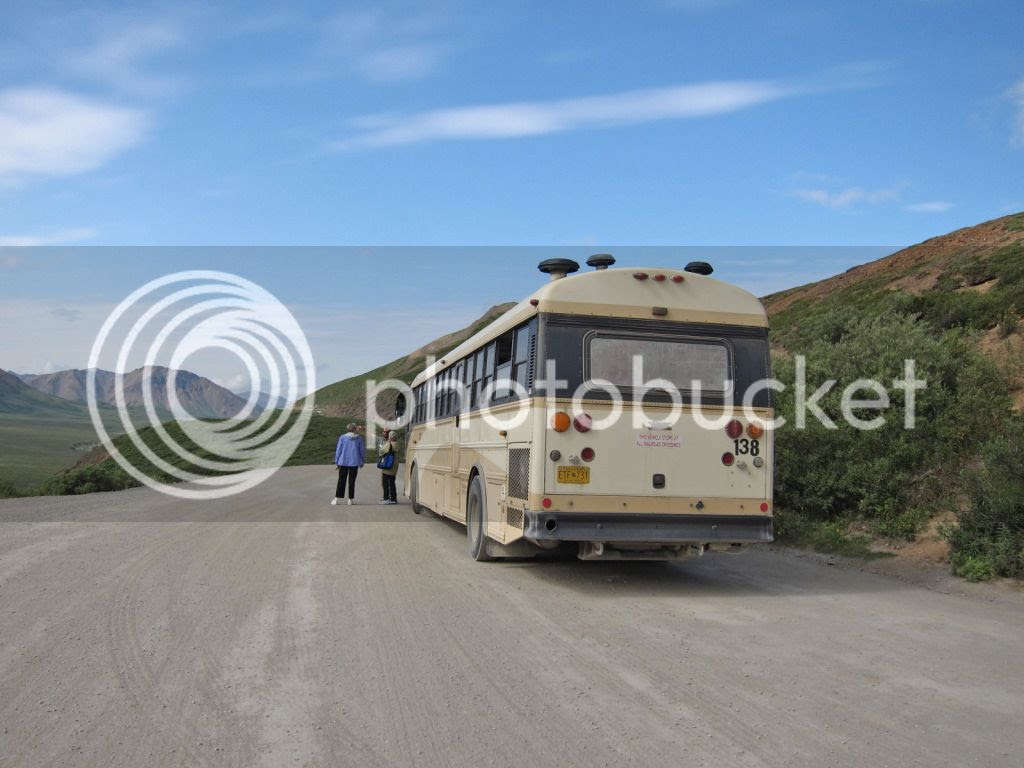 And a picture of the happy vacationers. 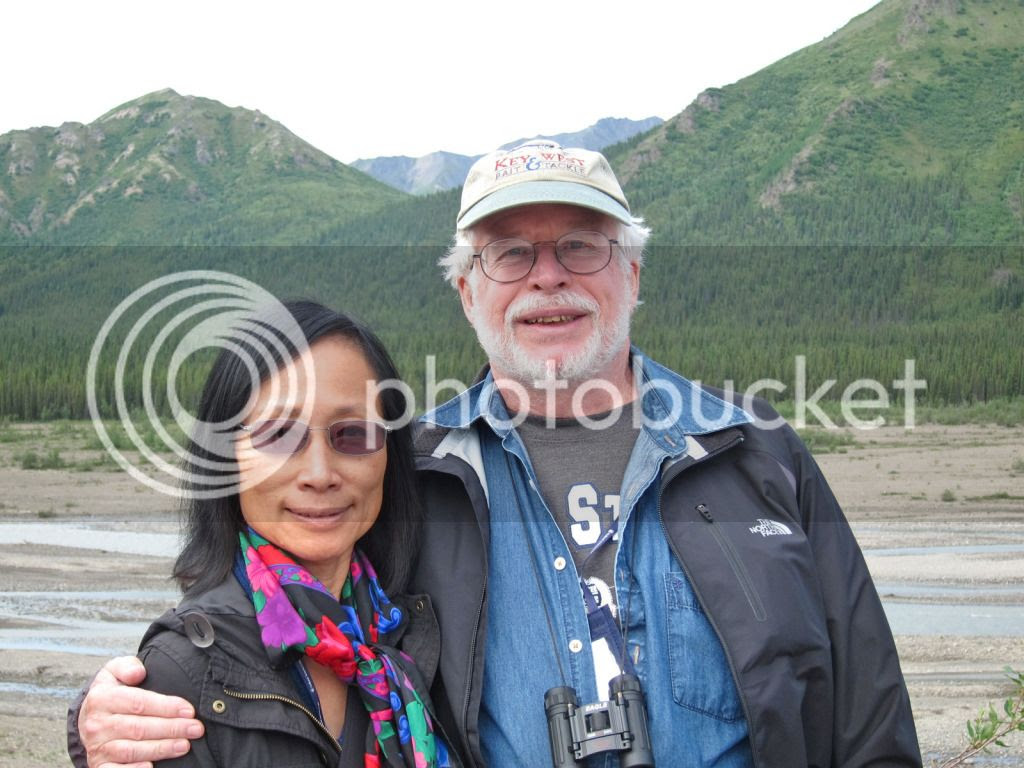 Stay tuned, things get a bit more interesting. We get back on the train again.
Posted by Bar Man at 2:19 PM