I know, I know, my blogging has fallen off lately. I still have more on Russia, of course, but I will take a break and revert back to form with a few bars. One of my loyal followers says he doesn't like to hear about Mexico and Russia, he just likes the bar stuff. So here goes, but with limited pictures. I didn't have my camera but my friend Allen took a few with his iPhone.

Allen, the Yankee's fan, came up to see a few games last weekend, but he took Saturday off to hook up with me here in Brooklyn so we could go on a mini bar trek.  He brought along a few fellow Yankee fans and drinkers.

The Motley Crew Minus Allen 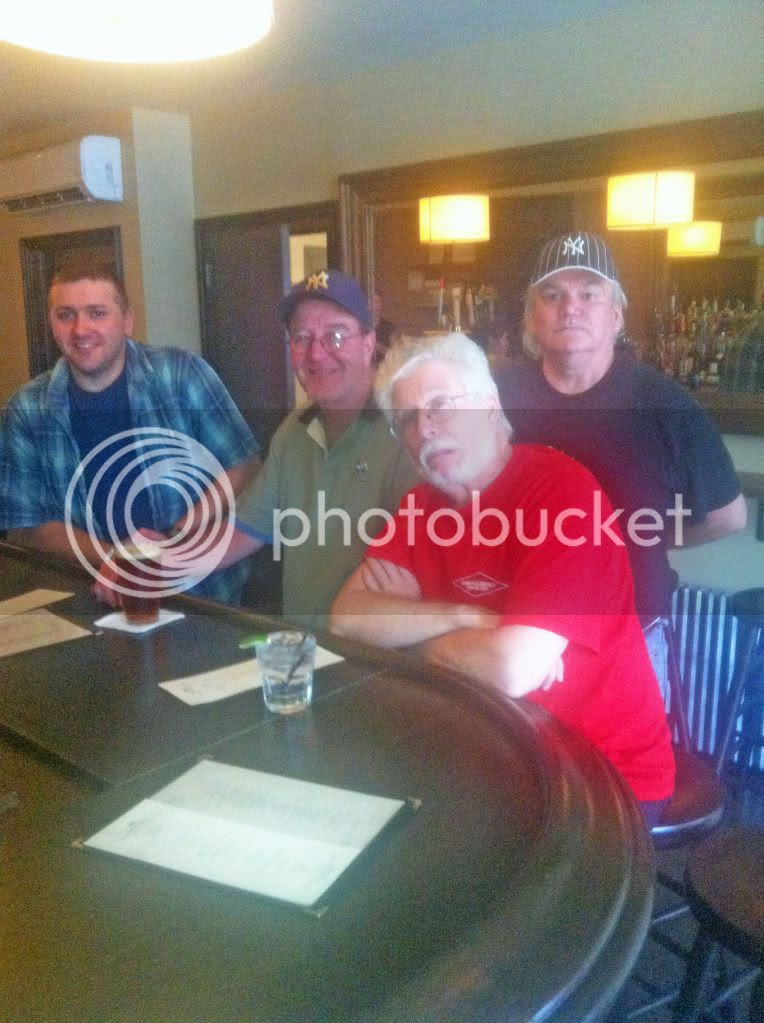 Allen, of course, was taking the pictures. Now this picture wasn't taken in our first bar, Waterfront Ale House. We looked much better when we first started. Certainly I did.

I got to Waterfront Ale House ahead of Allen's group. They got tied up in traffic but I was still on my first beer when they arrived. Gaid, the world's friendliest bartender, was on duty and was overjoyed to see us. I was willing to spend the afternoon here but the crowd grew restless after three or four beers.

They all wanted to go to Montero's but, alas, it was closed. And this place used to open up at eight in the morning. The bartender at the Roebling Inn said it only opens up at night now. I hope that isn't a sign that they are about to go out of business. I will check it out Sunday during the Atlantic Antic. If it isn't open for that it doesn't look good.

Well, as you might have guessed, our next stop was the Roebling Inn. A very nice bar and a relative newcomer to the neighborhood. Of course I am getting so old that places that have been here for twenty years seem like relative newcomers to me.  This is where Gaid usually goes to play darts after his shift is done so I bought a cider for him that he could collect when he showed up.

We passed by Floyd, Atlantic Chip Shop, and Last Exit, not because they aren't good bars, but because we did, kind of, have an agenda in mind. Brazen Head was on our agenda so we popped in there for a beer or two, I really don't remember anymore. Our ultimate, and what I thought was our next, destination was Hank's. But, on the way we passed by two8two and we decided to pop in there for a drink. 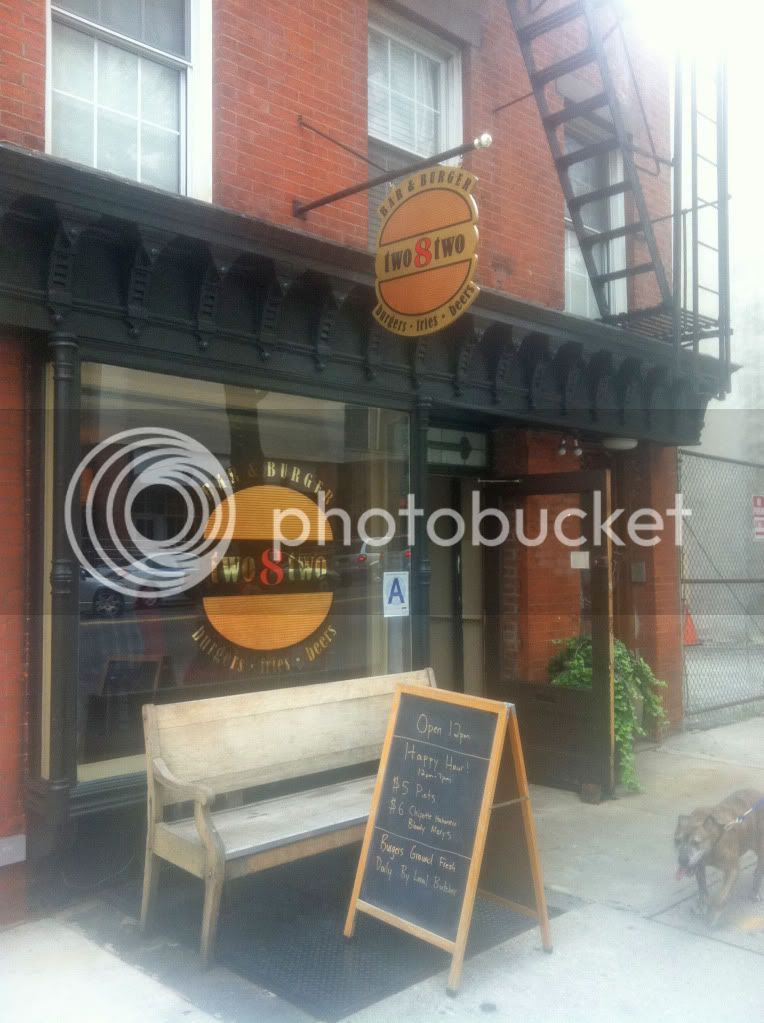 Now this is where I will get in trouble. The bartender her was very friendly and we chatted with her for quite awhile, but I forgot her name. 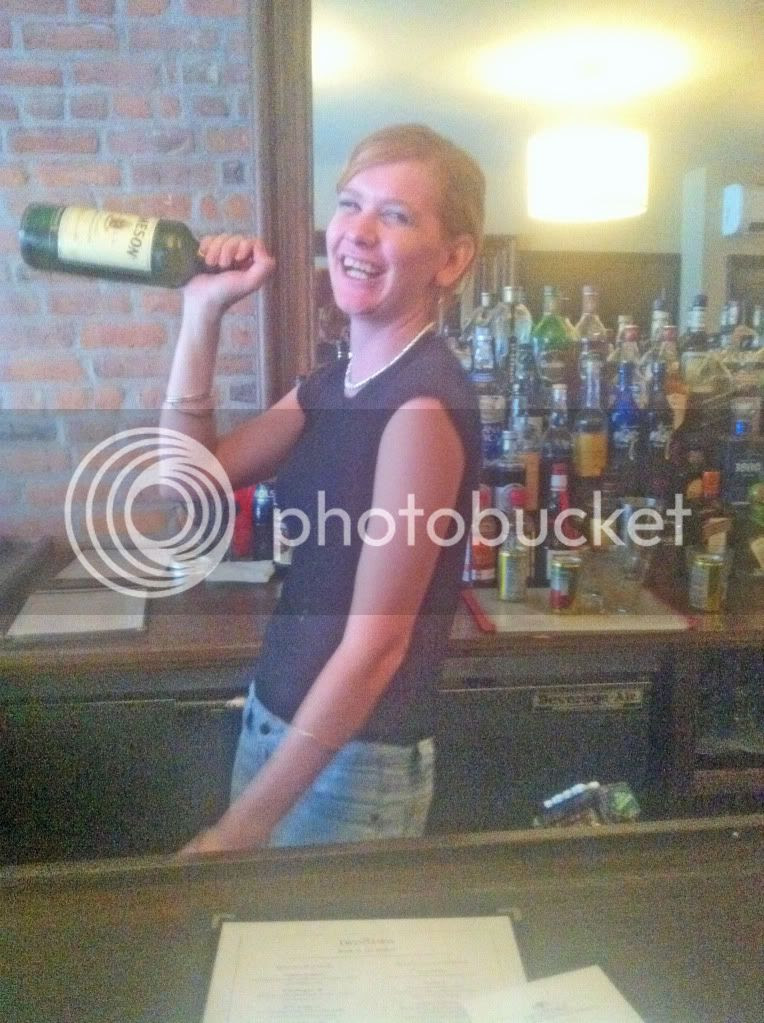 Then we finally made our way to Hank's where we, or at least I, finished my day. Hanks was surprisingly fresh smelling and even the funky bathroom was clean. But the decor was unchanged. Because this place is so close to the new arena that is opening up to be the home of the Brooklyn Nets, and because this area of Atlantic Avenue in general is gentrifying, I worry that this place cannot last. It is a pity, because Montero's and Hank's are the only two dive bars in this stretch.

Well, that will have to do. Just isn't the same without more pictures. But it will be back to Russia next time. Or maybe the Mets game I am going to tonight, if something exciting happens.