And Now, A Word From Our Sponsor

Okay, that isn't really correct.  Bar Man doesn't have a sponsor.  But, on occassion, I get sent things to me to possibly write about on my blog.  The other day I got a bottle of Jacob's Creek Moscato in the mail. 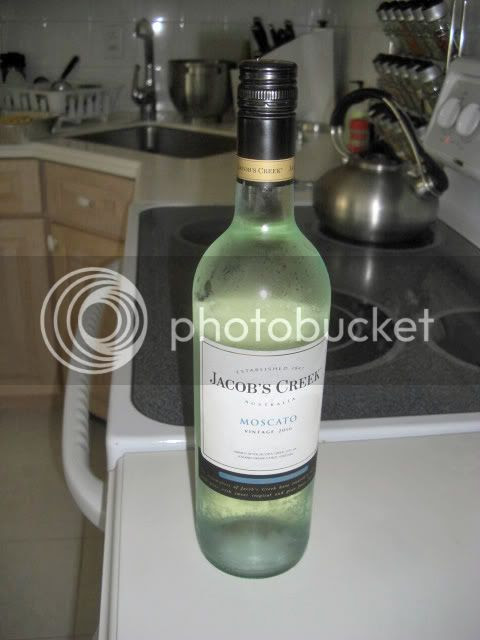 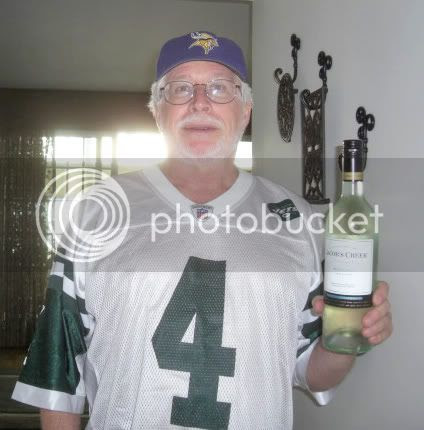 Showing admirable restraint, I saved this for several days so that I could bring it out to a small tailgate party at a friend's house.  Actually, there were just five of us, my friends Bob and The Lovely Loretta and their daughter, who is also a friend, Emily.  We were going to watch a double header featuring the Vikings and the now decrepit and much hated Brett Favre against the team with the most effeminate and disturbing uniforms in the whole NFL, the Miami Dolphins, in the first game.

The second game featured my team, the only offensive off the field but no offense on it Jets against the despised New England Patriots.  And to think that I lived in Boston for two years and actually followed them.  Well, the part of Boston where I lived you pretty much had to.  Rooting for another team could prove dangerous to your health.

When I was in Boston I used to watch the games in these little dive bars where nobody ever ordered anything but a beer and/or a shot.  And you better be drinking Budweiser and the shots weren't Jaegermeister.  They had those little TVs above the bar, two at the most.  Maybe one in the back, but not usually, and if they did there was a crowd back there that you weren't welcome to join.  And there was always a large guy sitting by the so-called public phone, but you didn't want to go over and ask to use it.

No, these weren't places where you would root for anyone but the home team.

Anyway, we all decided to sample the Jacob's Creek Moscato

We poured it into some of the finest plastic glasses I have ever seen.

Ready For The Taste Test 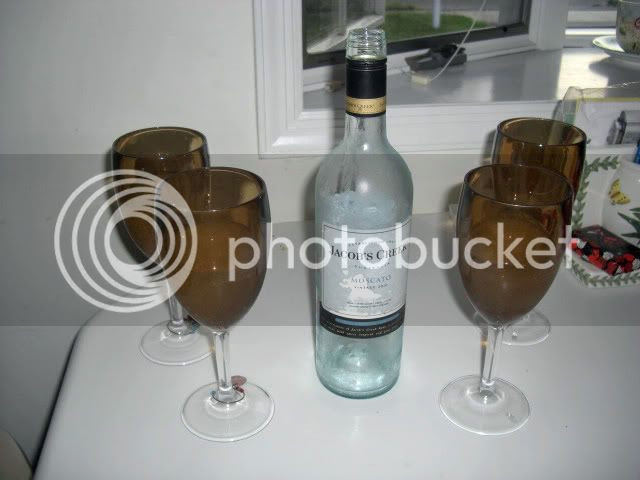 Bob, The Lovely Loretta and Emily 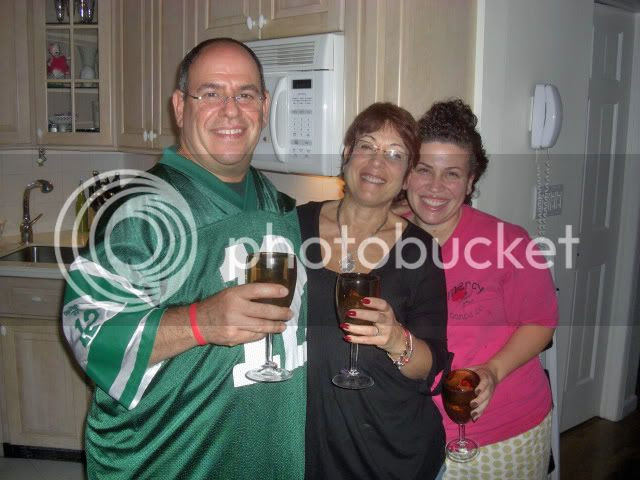 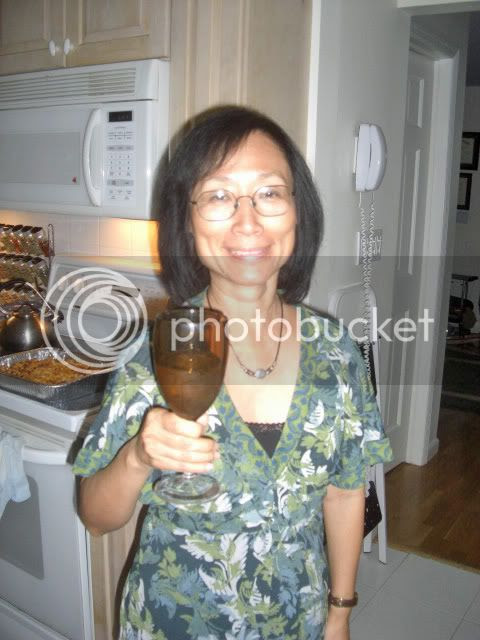 For some reason the Mysterious Chinese Woman has become concerned that whenever I take a picture of her holding a glass or a bottle her head looks small in comparison to what she is drinking.  I said you'e just noticing that?  Haven't you seen the picture of you on my home page?  I had to work hard to shoot around the glass.  As you can imagine, this got a big laugh out of her.

And Bar Man Enjoying His 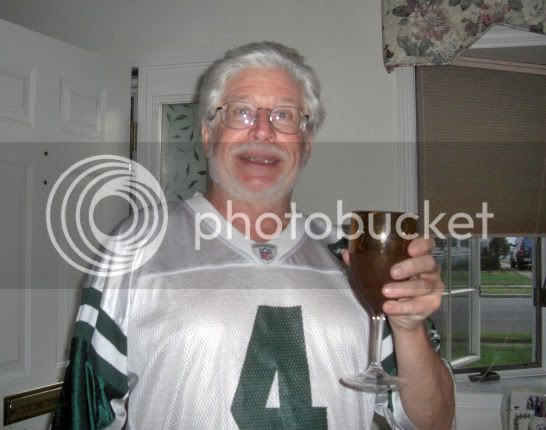 So, what was the verdict.  Well, it was a very refreshing, yet sweet wine.  It has a pleasant fruitiness to it, but nothing overwhelming.  I really can't see drinking this with a meal.  Hmm, maybe you could pair it with something really spicy.  That would be an interesting contrast.  Maybe I will try it with an Indian curry.  It would be very good with a plate of fresh fruit while you are sitting somewhere, preferably outside, with a great view.  On the beach or on a dock looking out at the lake.  At a relatively benign 8 % ABV you can pretty much sip it all afternoon.

So the verdict is that I will probably go out and buy a couple of bottles for just such occassions.  Except for the outside and great view part.  The Mysterious Chinese Woman and I will probably drink it in my apartment while watching an old movie on television.

Brett Favre had a miserable game, throwing three interceptions and being stripped of the ball once, and the Vikings lost to the Dolphins.  Jeez, even the name is effeminate  Miami Dolphins, it almost sounds like it should be the name of a televison series.  Kind of like a Charlie's Angels, but set in Miami.

The Jets started off like they really didn't have an offense.  I think the Patriots controlled the ball for about 13 minutes of the first quarter.  But then Sanchez turned it on and we prevailed and, indeed, kind of trounced the hated Patriots.

Sunday is the Atlantic Antic here in Brooklyn.  The best street fair in all of New York City; and believe me, I have been to most of them.  At 2:30 PM the Black Coffee Blues Band will be playing in front of the Waterfront Ale House, AKA Pete's.  You can probably guess where I will be.
Posted by Bar Man at 2:29 PM