I popped into the Beer Party™ Headquarters last Friday to work on an economic stimulus plan. 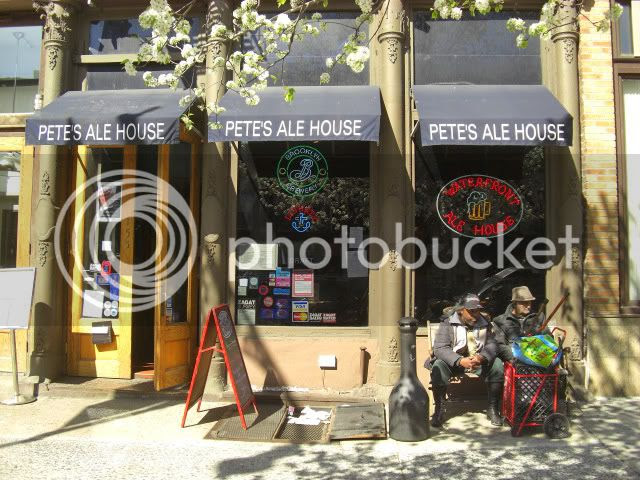 I was sad to see that in my prolonged absence while I was in Mexico an old friend went missing.

Oh No, Mr. Popcorn Is Gone 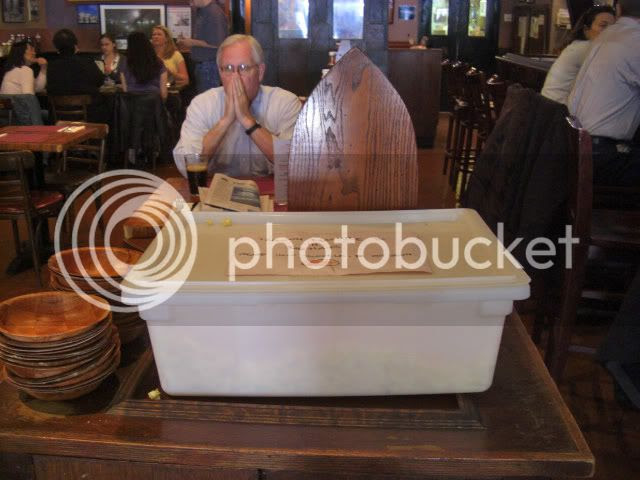 I can only hope that it is nothing serious and that his recovery will be complete. 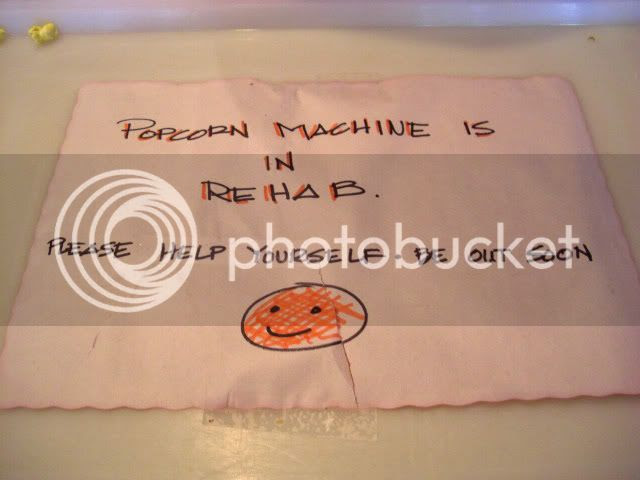 Ah, but on to my economic recovery program. How about ordering a $29 bottle of beer? The locally brewed Black Ops.

You Didn't Hear It From Me 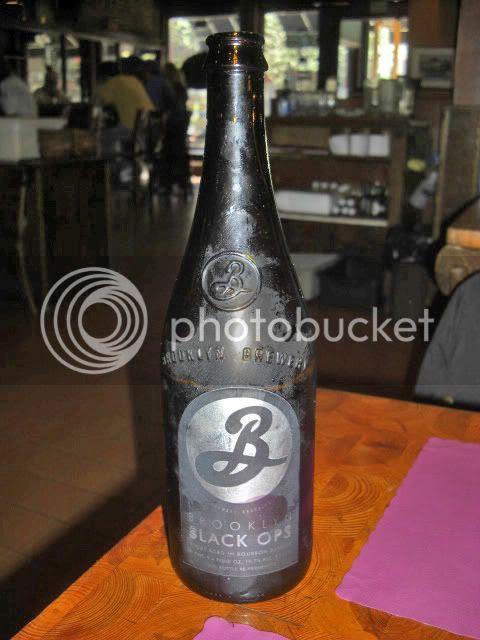 The blurb on the back of the bottle plays it close to the vest:

Brooklyn Black Ops does not exist. However, if it did exist it would be a robust stout concocted by the Brooklyn brewing team under cover of secrecy and hidden from everyone else at the brewery. Supposedly "Black Ops" was aged for four months in bourbon barrels, bottled flat, and re-fermented with Champagne yeast, creating big chocolate and coffee flavors with a rich underpinning of vanilla-like oak notes. They say there are only 1,000 cases. We have no idea what they are talking about. 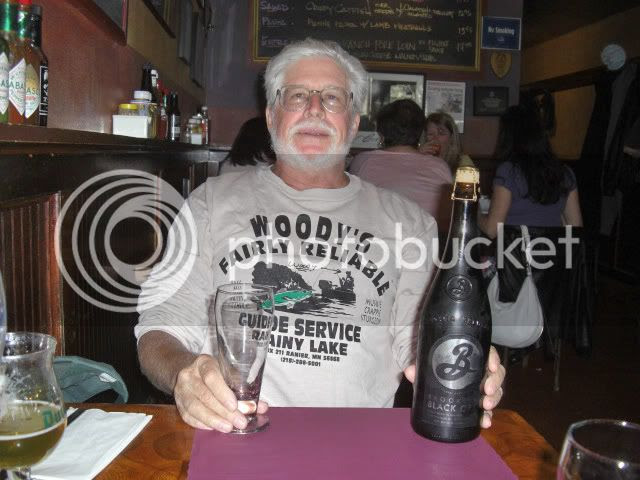 Of course first you have to open it.

So Far, So Good 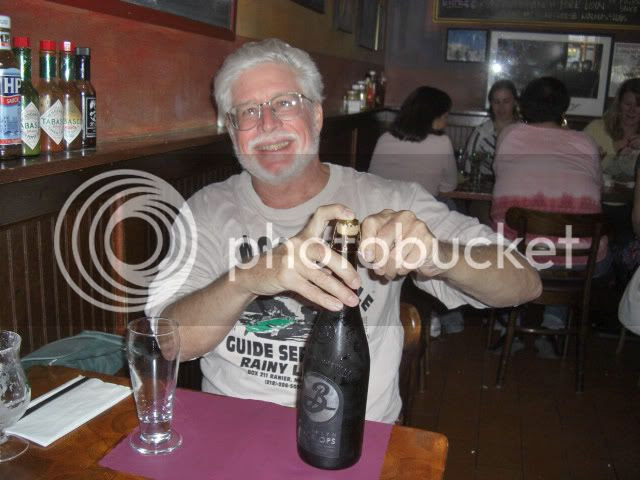 Hmm, Just A Twist Of The Wrist 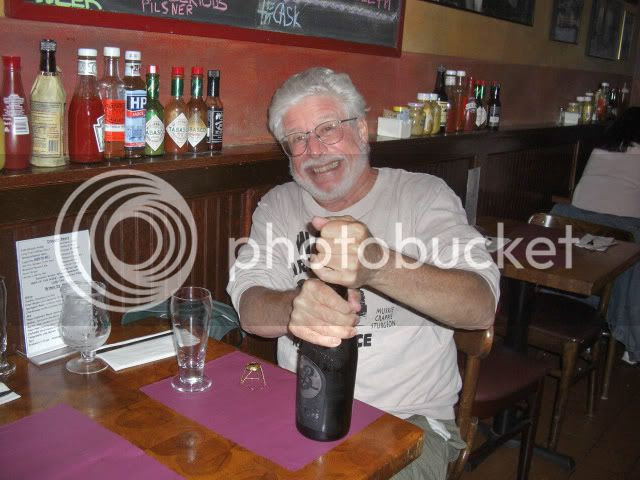 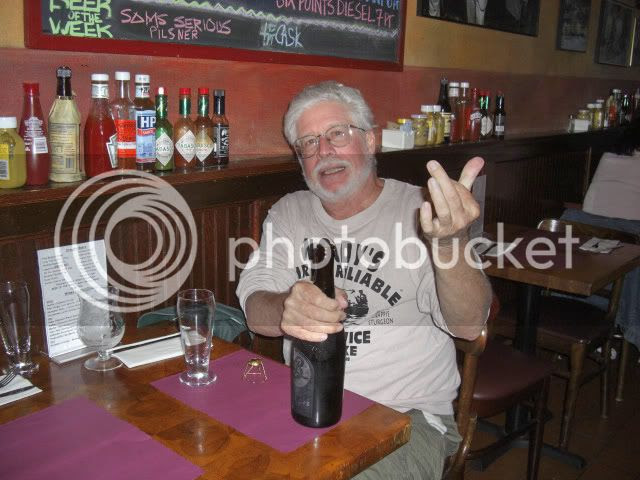 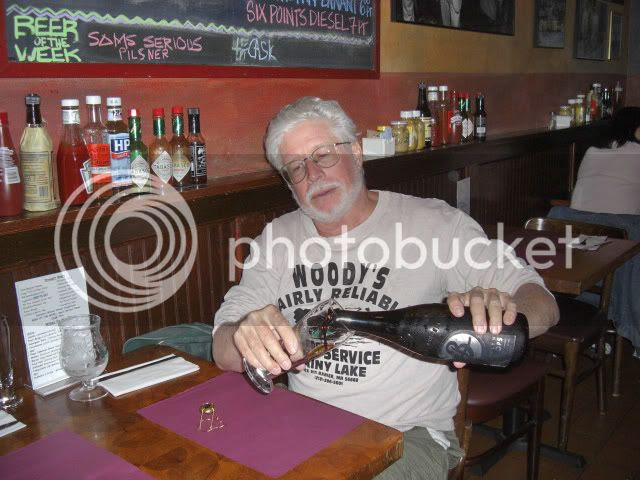 Ah, Down The Hatch 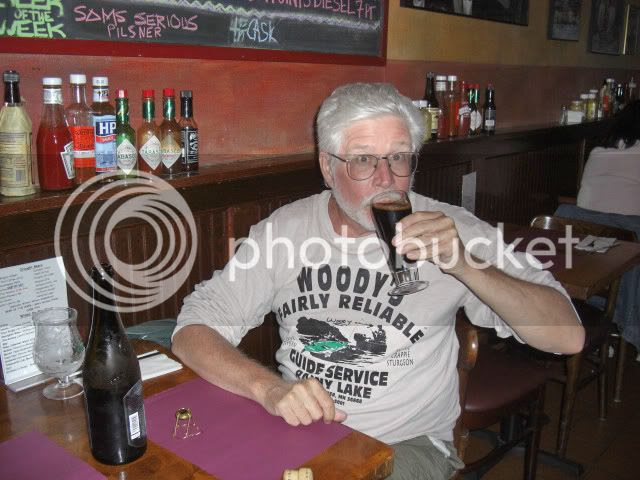 Okay, so what's the verdict. Well, it has a bucketful of flavor, that's for sure. Rich and heavy with definite chocolate, caramel and coffee hints. I thought of this as like buying a bottle of wine with dinner, thereby somewhat justifying the cost. It would be better to compare it to a bottle of port that you might have after dinner with your coffee. Or maybe with a cheese plate. Or even a chocolate dessert of some kind.

The Mysterious Chinese Woman and I did order dinner, a catfish salad for her and a rack of ribs for me. 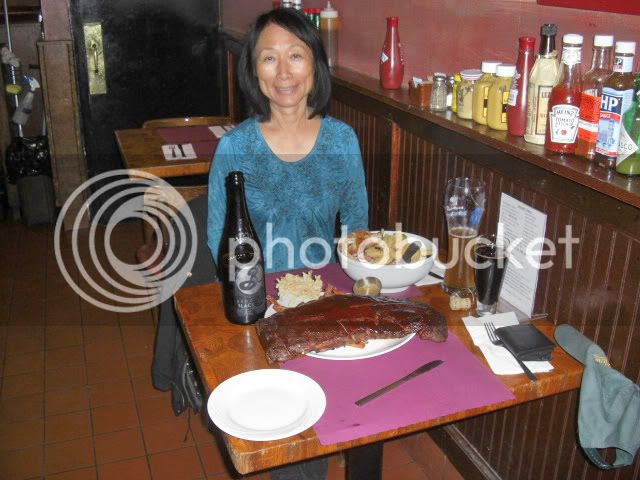 Bar Man Chows Down On The Ribs 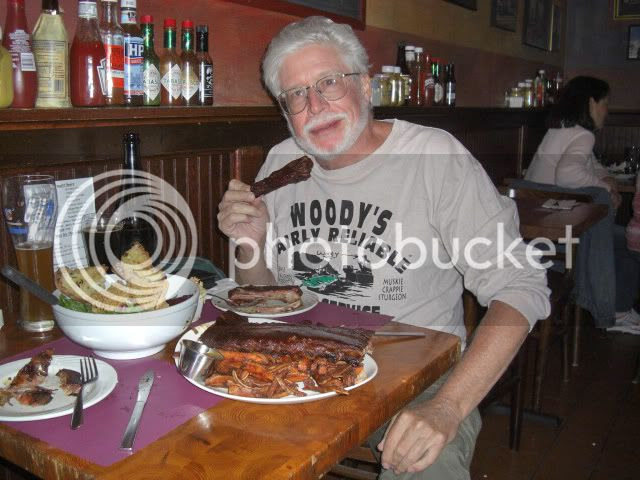 It was a bit of a day of excess. But part of it was intentional. Half an order of ribs is plenty for two, but I always order the whole rack so I can take some home for leftovers. I also ended up taking half of the Black Ops home as well. It was just too much to drink at a single setting. I probably shouldn't have had a Duvel Green to start out with.

The Duvel Green, which is served on tap, was really good. It is a bit lighter and less foamy than regular Duvel but most flavorful in almost the opposite direction of the Black Ops. It is 6.8% ABV and has a nice crisp citrus taste. Goes down way too easy for such a potent brew. The Black Ops is a hefty 10.7% ABV, but you won't be slurking this down like you might the Duvel Green.

When we finished up at Pete's Waterfront Ale House the Mysterious Chinese Woman and I headed back to my place to watch The Shop Around the Corner staring James Stewart and Margaret Sullivan. It is a 1940's romantic comedy that was remade as You've Got Mail. I managed to finish off the Black Ops while watching it, grateful for the high alcohol content. Then I also managed to finish off a bottle of Three Philosophers that my brother-in-law Jim thoughtfully left in the refrigerator for me.

That Which Does Not Kill Me... 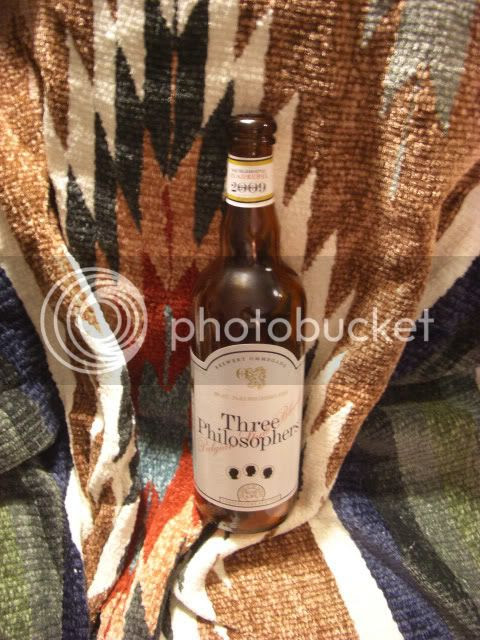 That was from Friedrich Wilhelm Nietzsche, a German philosopher. See, Three Philosophers, a quote by a philosopher, even if was one who went insane and committed suicide. And they make you read this stuff when you are in college, go figure. Anyway, the beer did not kill me. It was quite good and was almost necessary after the heaviness of the Black Ops.

Okay, the burning question, Was the Black Ops worth the price. Hmm, not quite sure how to answer that. I am glad I had it, just so I can say that I know what it is like. If I were to go out with a few buddies I might consider buying a bottle to share, particularly with a nice cheese plate. Would I buy a bottle just to drink by myself? No. But that is largely due to the size, it is 1 pint 9.4 ounces. You really do need to share this with a few friends.  Actually, five friends and five ounces each would be just about perfect.

Not the popcorn machine!