Only In New York 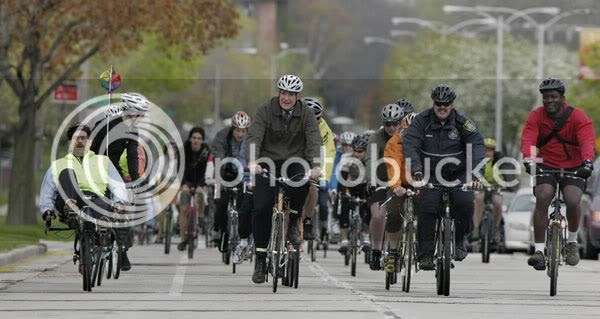 The police had a crackdown on bicycle riders the other day, ticketing them if they rode their bikes outside of the designated bicycle lane.  This despite the fact that the bicyclists were doing so to avoid cars that were illegally parked in the bicycle lane.  It seems that the police ignored the cars but positioned themselves to ticket the bicylists who avoided them.

The irony: There is no law in New York that requires bicyclists to ride in bicycle lanes.
Posted by Bar Man at 9:22 AM