My experience, food-wise, at Mesa Grill, also in Ceaser's Palace, was just the opposite of the one at Rao's. At least as far as the food went. The food here was absolutely fabulous. I have eaten at the one in New York and the food there was great as well. Bobby Flay knows how to run restaurants. 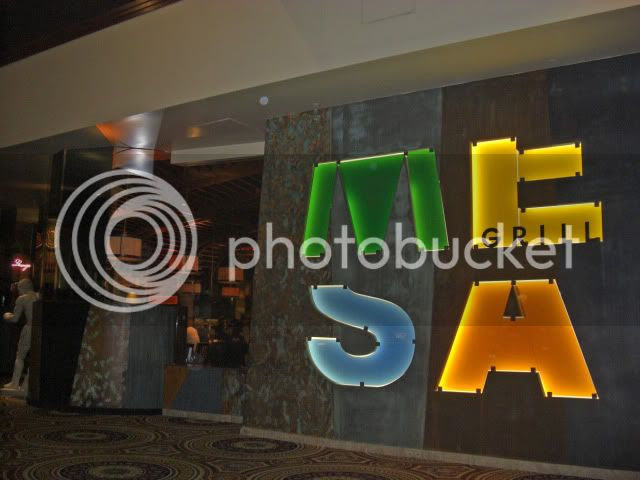 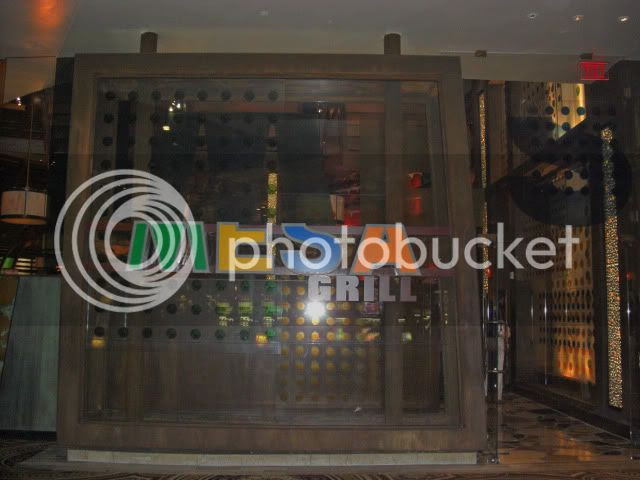 As you would expect at a place with a Southwestern theme, they had tequila aplenty. I was impressed by the fact that their well tequila was Herradura. I have a bottle right here, and it is the brand I usually buy, both here and in Mexico. For them to have it as a well brand showed real class, in my opinion. I just settled for a regular old well tequila cocktail and it hit the spot. 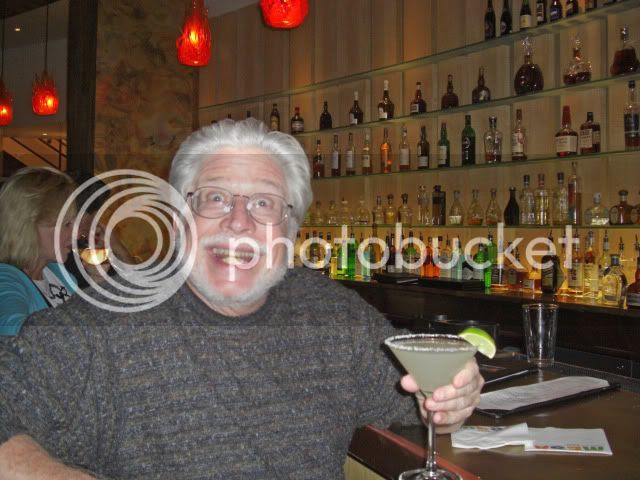 Although Mesa Grill was pretty packed when we arrived, there were a couple of stools open at the end of the bar so we asked if we could sit and wait until something opened up. They said sure, and also said we could eat there if we liked. Hey, that sounded good to me, and the Mysterious Chinese Woman agreed.

It turned out to be a good idea because the bartender, and damned if I can remember her name, was very friendly and interesting. She was quite good too, managing to be friendly to everyone while still keeping the drinks flowing.

The Unknown Bartender And Partner 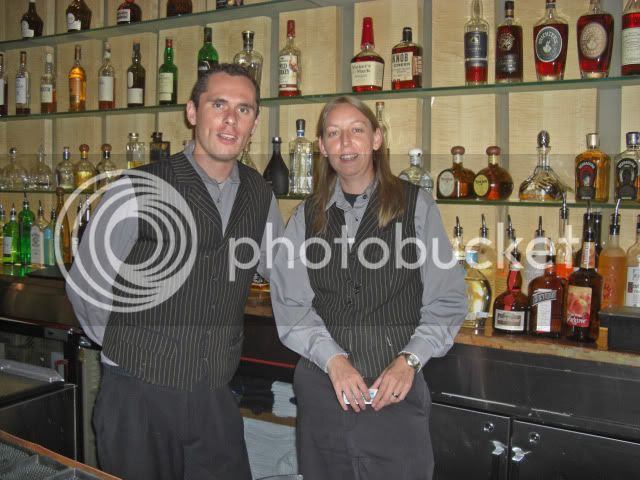 And the food, did I mention the food? We skipped the appetizers and headed right for the main courses. Good idea, too, because there was plenty to eat.

I couldn't pass up the chipotle glazed bone-in rib-eye served with a red and green chile sauce. Simply one of the best steaks I have ever eaten. The cut of meat was top-drawer, the chipotle glaze was delicious, and it was prepared perfectly.

Did I Tell You That I Liked It? 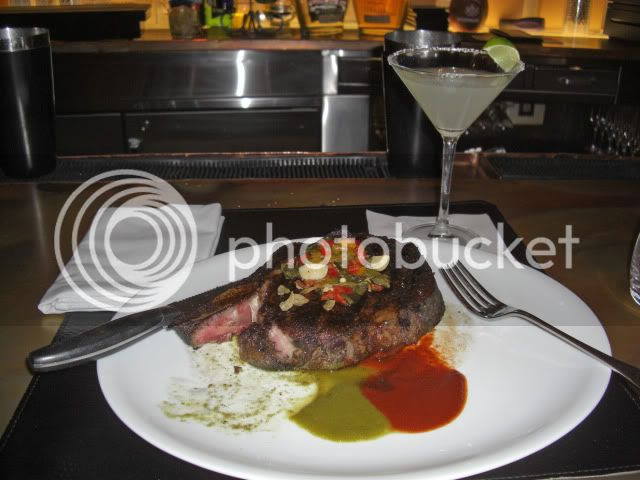 The Mysterious Chinese Woman spotted Southwestern spiced duck on the menu and couldn't resist. It came with a chorizo and goat cheese tamale. She raved about the duck and the small taste that I had confirmed her opinion. 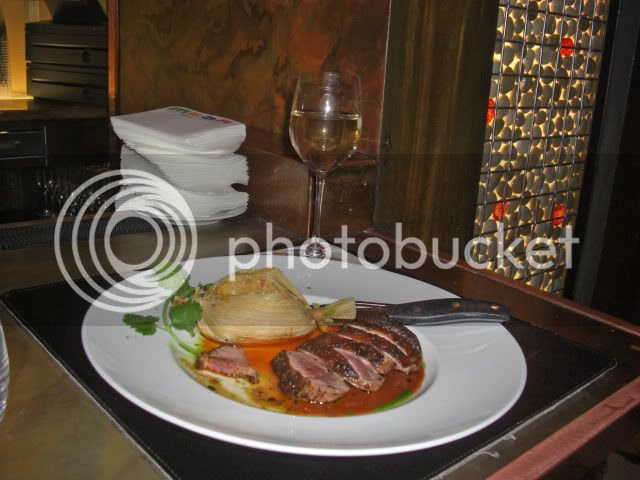 They had a couple of nice mezcals and I have developed a bit of a liking for mezcal Margaritas. We had nowhere else to go after dinner so we just hung out at the bar. Me with my Margaritas and the Mysterious Chinese Woman with her wine. 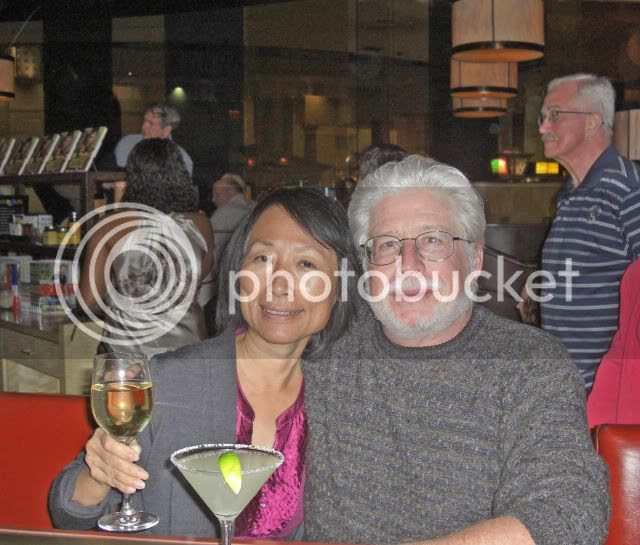 Mesa Grill isn't cheap, by any means, but if you feel like a bit of a splurge and want to get your money's worth, I can't think of a better place. Well, actually, I can. But it would be a lot more money and you would have to wear a tie. Not many better places, though, pretty near the top of my list.

I brought home a fair-sized chunk of my steak thinking I would eat it on the plane ride home. Alas, it was not to be. I used the in-room check out service, which was quick and slick. However, once you check out they automatically lock the refrigerator so my chunk of steak could not be retrieved. I didn't mind at the time, but about three hours into my flight home I sure missed my meat.
Posted by Bar Man at 7:00 AM