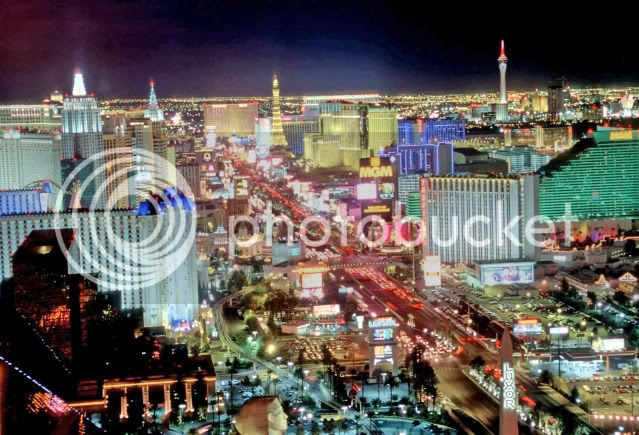 Flew out of a hot and sunny Las Vegas into a not too bad New York and then woke up to a cold and drizzly Brooklyn waiting for a Nor'easter to hit. Ah, but it is good to be home.

I haven't uploaded my pictures yet (stole this one from Google) but will probably get to it later today while I settle in to watch the Vikings play the Ravens and then the Jets play the Bills.

Yes, I will actually be watching the still not-loved-but-no-longer-hated Brett Favre. Neither the Twins (how can you lose all eleven games you played against the Yankees this year) nor the no-defense Jets won while I was in Las Vegas so I lost money on them both. Ironically, it was the Vikings who prevented my sports betting from being a total washout. And the irony was almost too much to bear.

Oh, and when I got home there were two phone messages from my little neice singing "We will, we will rock you" to rub in the Twins defeat (she is a big Yankees fan) and my brother-in-law Jim had thoughtfully spread out a Staten Island Yankees blanket on my couch. At least Jim also left a beer in the fridge