Today I decided to try something a little different for breakfast. This was something my dear old dad used to make every once in awhile.

Starting with only a piece of bread and an egg. The grapefruit is just a backdrop, although I did eat it afterward.

A Bread, An Egg - Ignore The Grapefruit 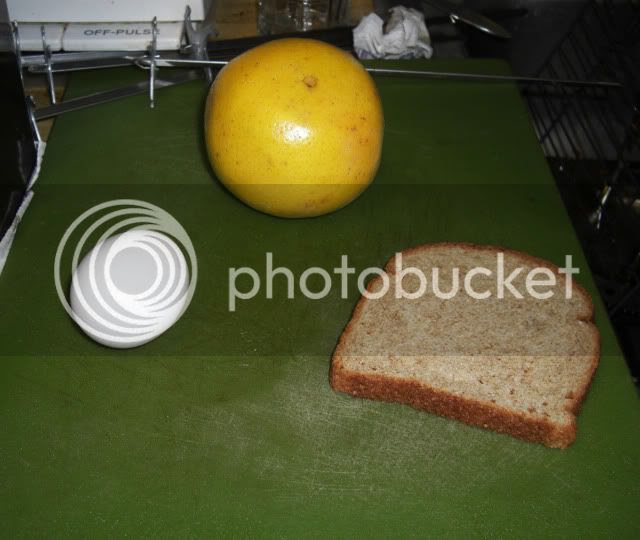 Okay, you following me camera-guy? Behold, the bread now has a hole in it. I ate the piece that is missing. 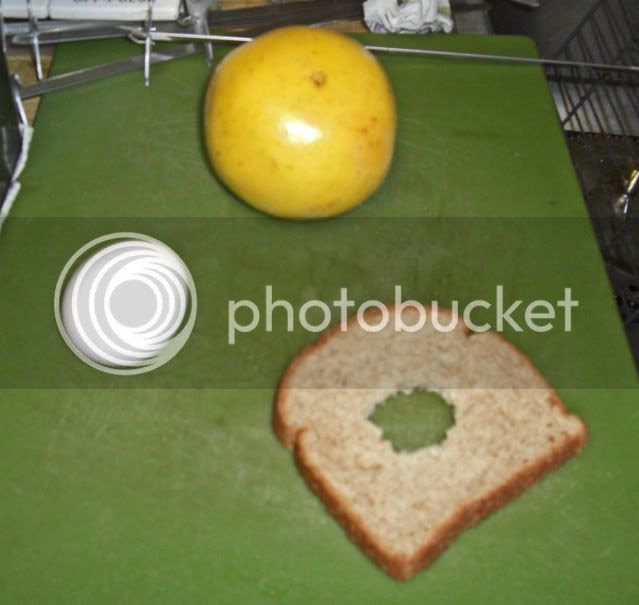 Then you heat a teaspoon of olive oil in your frying pan (I prefer cast iron) and place the bread in the pan and then crack the egg so the yolk is in the hole. 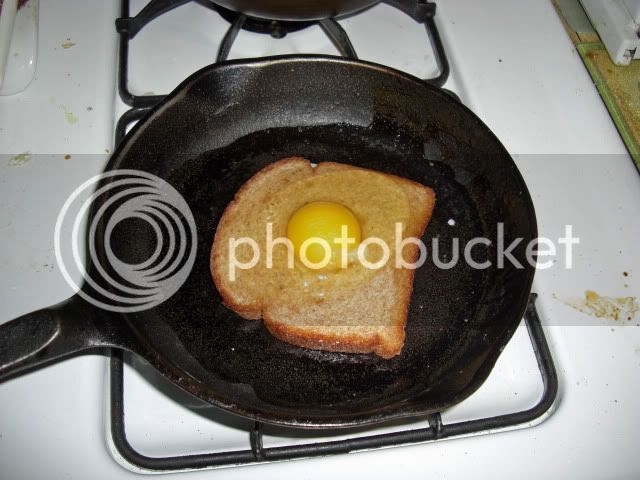 You let the egg fry a bit, just until the bottom of the yolk gets cooked a little, and then you flip the whole thing over.

Told You This Was Exciting 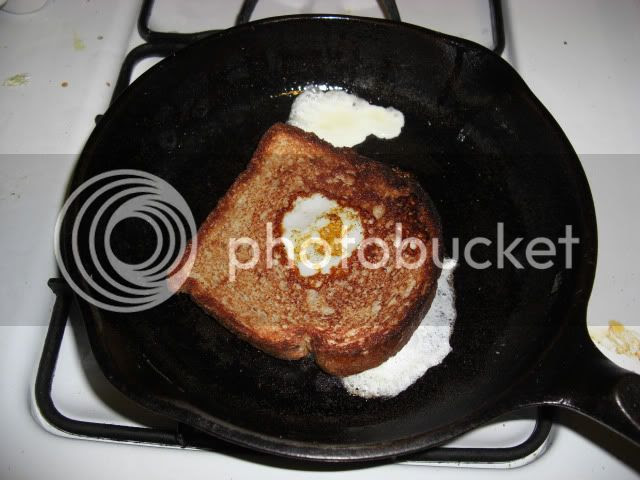 After you have fried the other side of the egg, the one that is now on the bottom, you remove it and plate it. 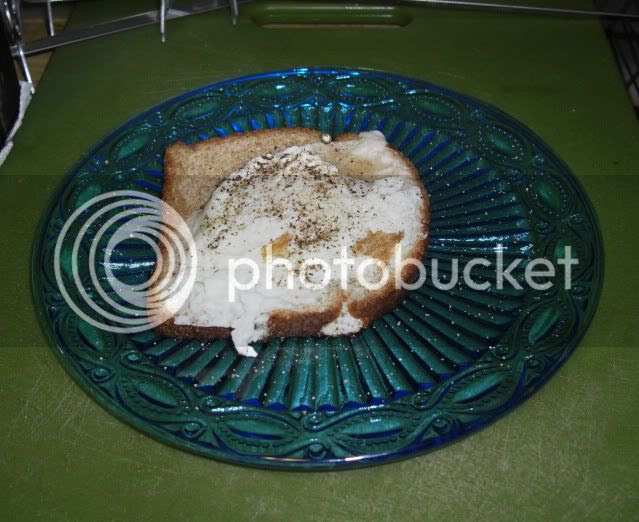 That, along with the grapefruit, was my breakfast this morning.

Now if you thought that was interesting, I am sure you will be simply fascinated by my lunch, which was the same thing I had yesterday, but with more pictures.

You slice a banana, toast two pieces of bread, and take the peanut butter out of the refrigerator. Arrange tastefully and take a picture. 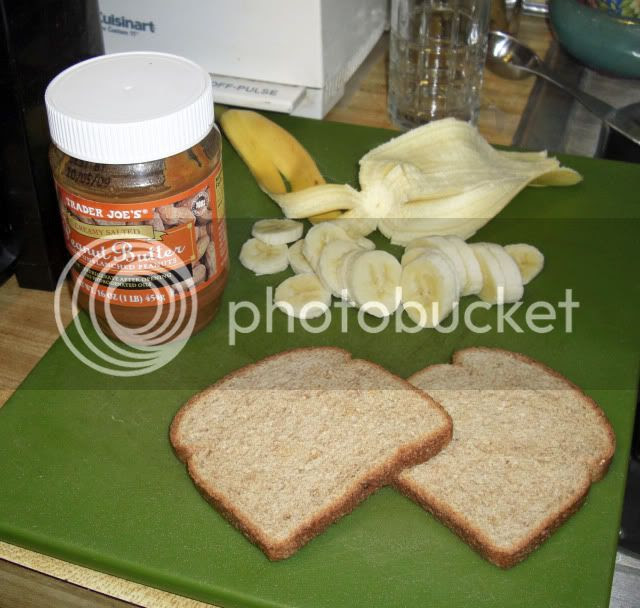 Apply peanut butter to both sides of the toast and then carefully place the slices of bananas on one side. Eat any banana slices that don't fit. 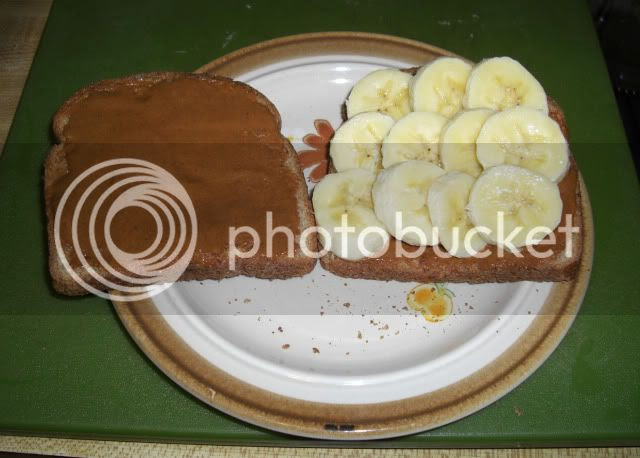 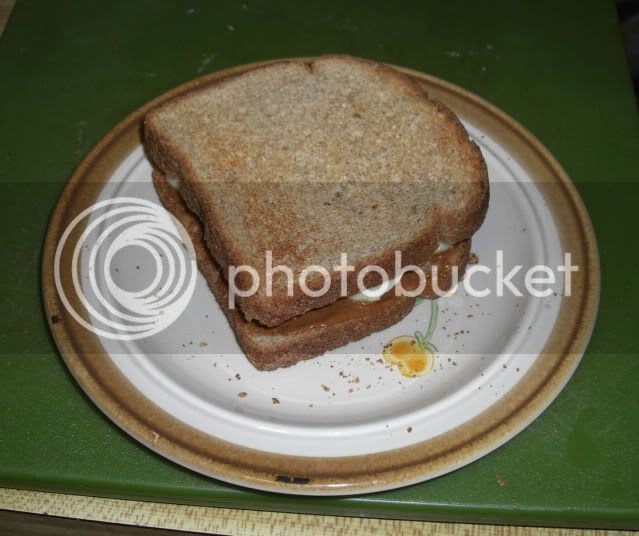 This really is a very good sandwich. It wouldn't make a bad desert if you trimmed off the crusts and added a scoop of ice cream.

Yesterday I made way too much rice and cooked way too many beans. In fact I figure I cooked up about four days worth of the stuff. 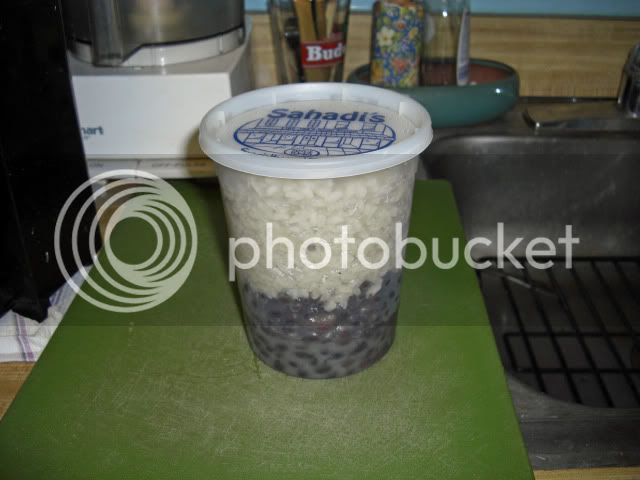 Seeing as how I had another chicken leg and thigh that I cooked yesterday I just heated that up in the microwave with some of the rice and beans. I skipped the broccoli, though. I forgot to take a picture, so yesterday's will have to do.

My Dinner Of Leftovers 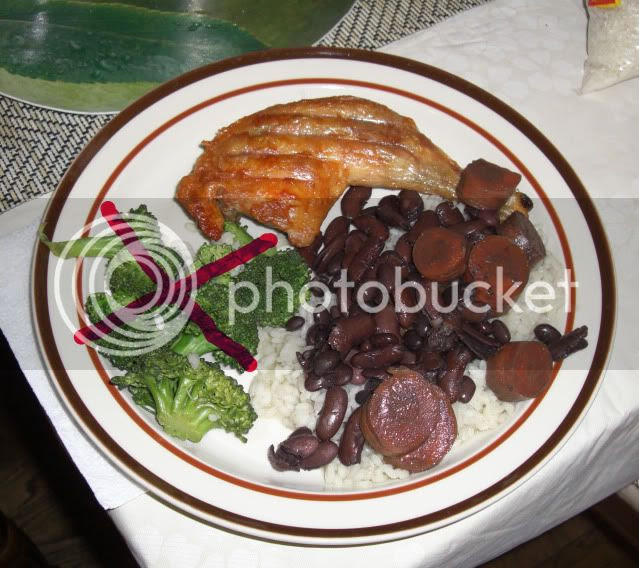 For an after dinner snack I had a carrot. 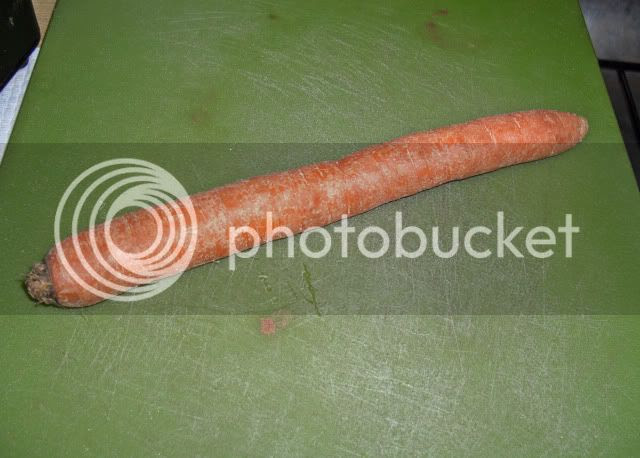 I have heard that carrot cakes were either invented or became popular during World War I when sugar was being rationed. Carrots are very sweet and so you could make a decent cake without using any sugar.

Tomorrow I will have to figure out something to do with my pork shoulder. I suspect I will season it with salt and pepper and then brown it up and cook it in the oven at a low heat for many hours. I will probably throw in a few cloves of garlic and half an onion just to add some aroma and flavor. That should give me a nice chunk of fairly tender pork that I can use in a number of ways.

I think I will try melting some cheese over rice and beans for breakfast tomorrow. I have had chili over rice with shredded cheese on top before, so maybe this won't be too bad. Never again will I make such a large batch of rice and beans, though.
Posted by Bar Man at 8:50 PM

you crack me up