It was a dark and stormy night. Well, not really, but it was kind of a gloomy morning.

It Is Always Darkest Before The Zombies 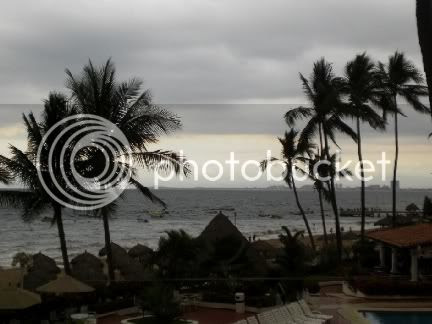 Luckily the sun burnt off or the wind blew away the clouds and it turned out to be a nice sunny day. Perfect for hanging out on the beach or visiting a succession of small, dark, bars. Actually, only one of the bars was kind of small and dark, the others were fairly large and bright.

Starting Out At Harry's 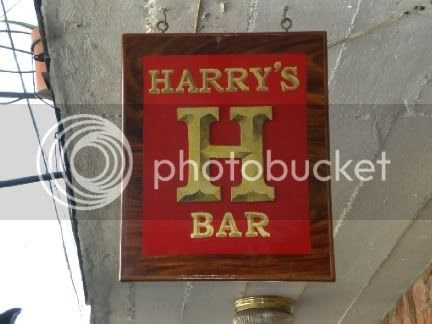 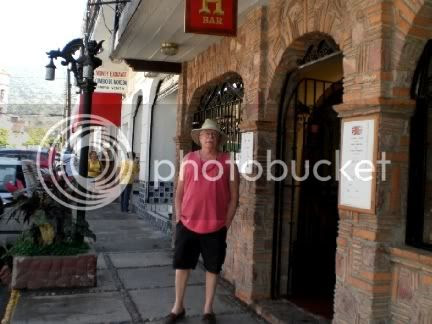 This place is new since last year, I am pretty sure. If it was somthing else before I don't remember. I usually have a hard time remembering what used to be. I did remember that the big construction site I posted about the other day was where Mickey's No Name Cafe once was. A pity to see that place go, it was a pretty decent little sports bar and restaurant. It was one of my thousand bars back in 2005.

This place is on the main drag across the street from the malecon. It advertises itself as the unofficial home of the Chicago Cubs and is just jammed with sports memorabilia. They have the largest collection of sports pennants that I have ever seen. There isn´t a square inch that doesn´t have some sports related item on it, mostly pictures of players. On the stairwell and pillers are charicatures of some sports celebraties and the one of Dennis Rodman is a beauty. They have plenty of televisions a sports on all of them, including a replay of a NHL hockey game so people who rue the missing season can get their fix. This is a pretty dark and nicely air conditioned place with only small windows so you could look out at the bay, but only if you really wanted to.

I had a gin and tonic and then, because it was two for one, a second one.

Ah, but that was then and this is now.

The bartender at Harry's was a very pregnant Eva who was originally from Amsterdam. She said she has been in Puerto Vallarta for five years now and just loved it. Shd did say she missed Amsterdam, though. 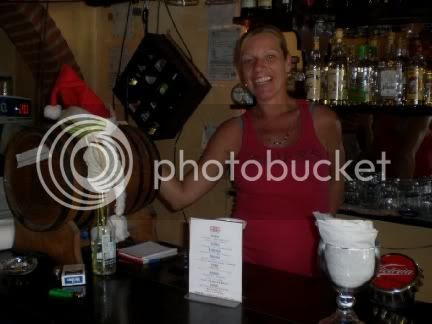 There was a nice new pool table in the back by the small kitchen. I didn't check out the menu, though, but I may be back.

How Exciting, A Picture Of A Pool Table 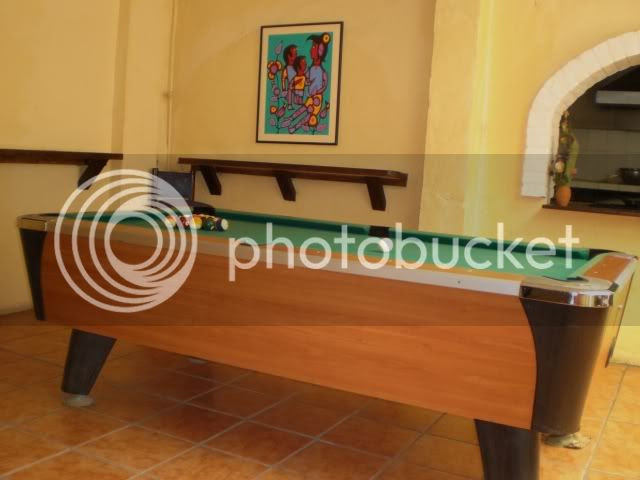 What really caught your eye here were all the bright colored paintings on the walls. They looked like Mexican colors but Intuit or something themes.

Paintings On The Walls 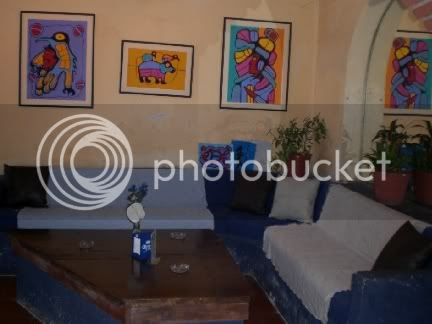 We ordered our drinks and went to the upstairs area where there were tables and chairs with a view of the street. And who should be up there, busily at work? The artist himself, Karl Burrows.

The Artist At Work 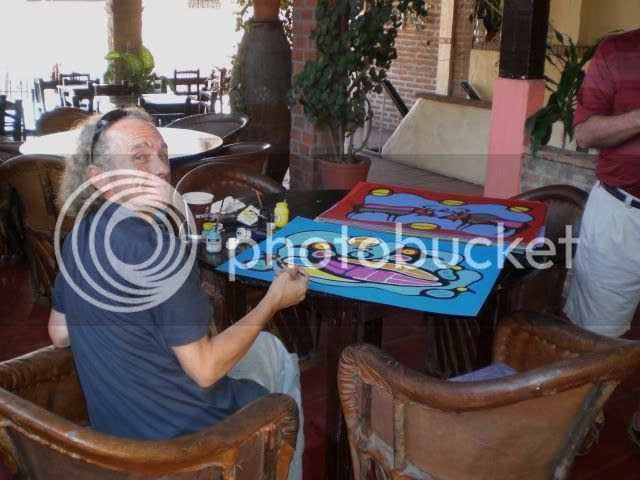 Karl was very friendly and spent a fair amount of time talking to us about his work. His mentor was an Ojibway, also known as Chippewa. This is one of the largest groups of Native Americans north of Mexico and are found primarily in the Northern United States and Canada. In the small world department, my friend, Dennis, who was with us is, part Ojibway and was born and grew up in Detroit Lakes, Minnesota.

It turns out that the paintings use the colors that are common to Ojibway art and the themes are also Ojibway. They are based upon Ojibway stories and Karl explained several of them to us. One depicted the great journey across the sea that brought the Ojibway to North America.

The smaller paintings that Karl was working on were actually studies for larger works. When he had what he wanted with the right colors he then painted the larger version such as this one.

A Shaman Who Could Turn Into A Bear 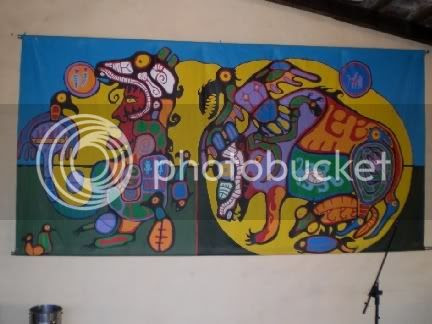 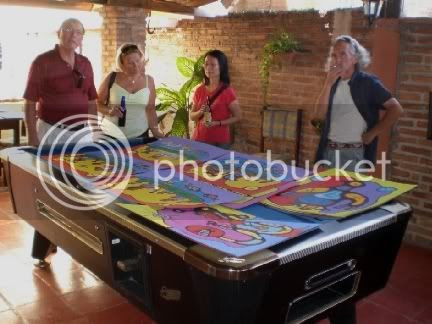 There was a nice painting of a couple of moose that I thought a friend of mine might appreciate, but at $150 it was a little above my budget for souvenirs. Oh, did you know that "souvenir" is French for memory? Just a little educational content I like to throw in now and then to allow you to justify the time you spend reading my blog.

I will post later about the last two bars on my Mini Bar Trek later so stay tuned. I will tell you though that nothing spectacular, like someone toppling off a balcony, happened.

You can see more of Karl's works at his website:

www.karlburrows.com
Posted by Bar Man at 10:04 AM

"to justify the time you spend reading my blog"

priceless, even though no justification is needed!