Hooray, my friend Mark, who I can recommend for all of your PC needs, did a yeoman's job recovering my lost pictures on my Lacie Big Drive. This was no small feat, as I was able to observe, and which he took pains to let me know. But, recover them he did. And, really, he didn't kvetch too much. I think he secretly enjoyed the challenge.

And, speaking of pictures, when I was visiting the Louvre there were a number of people who were making copies of the paintings on the walls.

Maybe She Can't Afford A Camera 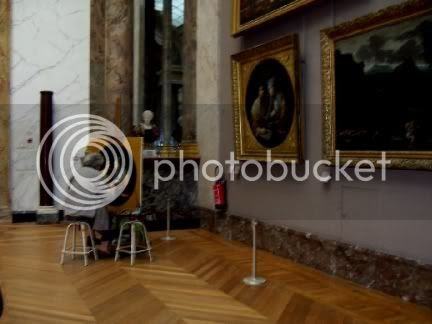 Obviously they must have special permission to do this. I doubt if they just let anyone wander into the Louvre with a bunch of paints and paint brushes. If they did I suspect there would be a lot of mustaches.

One thing that I did notice, however, is that everyone making a copy seemed to just be putting on the finishing touches. And there were at least a dozen people I saw who were making copies. 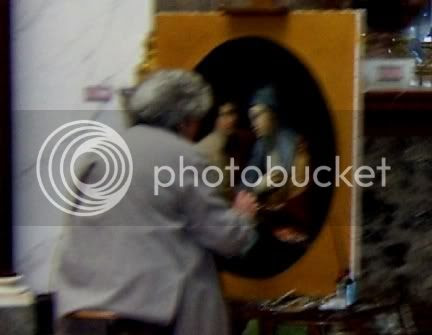 After awhile I began to think that maybe these people were just here to create some kind of an ambiance. I mean, wouldn't you think that someone would just be starting, or maybe just halfway done. How is it that everyone was just finishing up? Another one of those mysteries of life.

Anyway, tomorrow I will be able to continue posting about my visit to Rome, so be sure to come back for that.
Posted by Bar Man at 4:02 PM