Where Wolves In London?

Before having lunch at the Heights Cafe, the Mysterious Chinese Woman and I took a little walk down by the East River. To get there we pass under the Brooklyn Bridge where much ado has been made about the new signage that will make it easier to find the secret stairway to the pedestrian walkway. I don't know why, but I was underwhelmed.

No Expense Was Spared 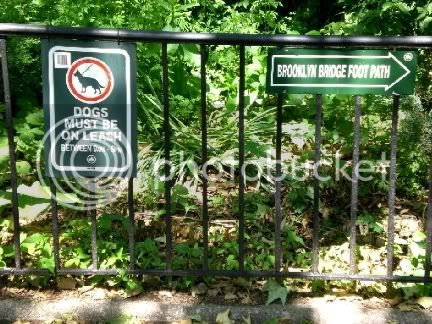 Pointing The Way, Kind Of 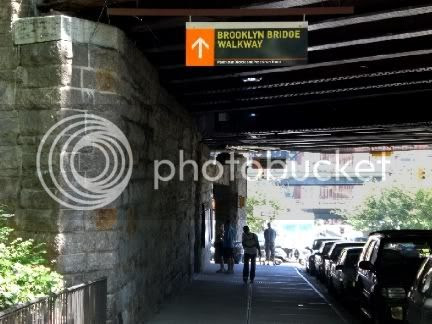 In a small park across from the entrance to the pedestrian walkway a neat little sculpture has been place. 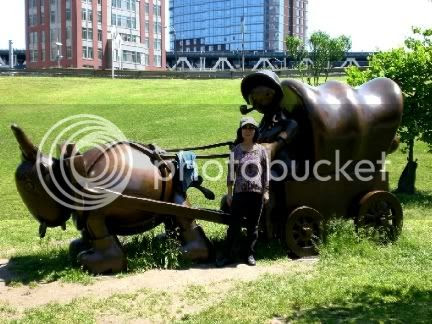 Our initial destination was to see the telectroscope that has just been completed. Work on this began long ago when a tunnel under the Atlantic Ocean was started and a series of magnifying lenses and mirrors were installed to let people in the United States and Great Britain observe each other. 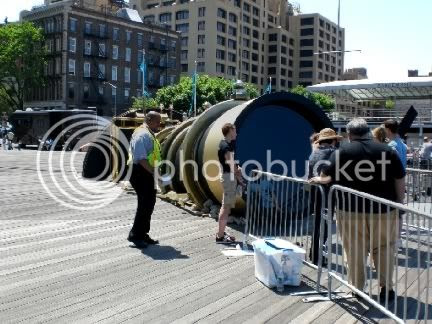 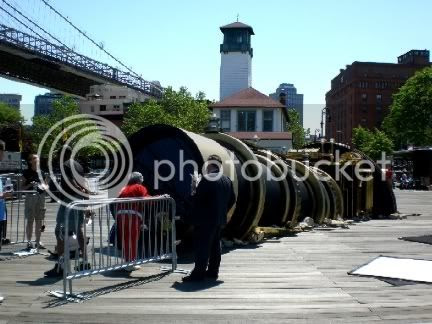 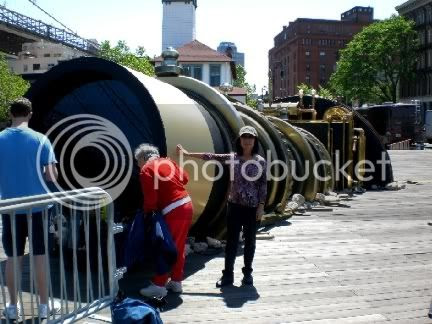 The United States end is right here in Brooklyn by the Brooklyn Bridge and the one in Great Britain is located by the Tower Bridge across the Thames River in London.

Peering Across The Pond 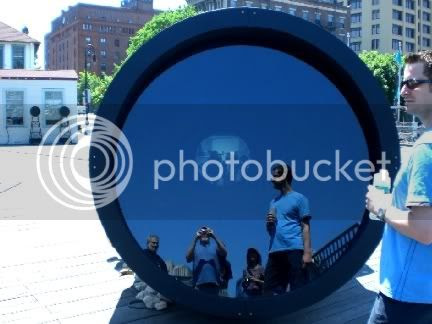 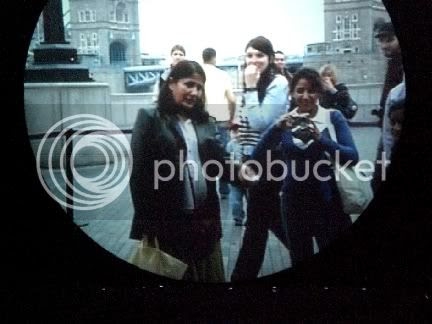 Well, it was kind of cool, but no werewolves were to be seen. I think they were all at Lee Ho Fook's eating beef chow mein.

One of the cool things about New York and, in my mind, especially Brooklyn is the diversity and the little surprises. A very nice, and expensive restaurant sits right under the Brooklyn Bridge. The River Cafe, while fairly fancy on the inside, looks for all the world like some riverside cafe somewhere in the rural south or maybe Maine. 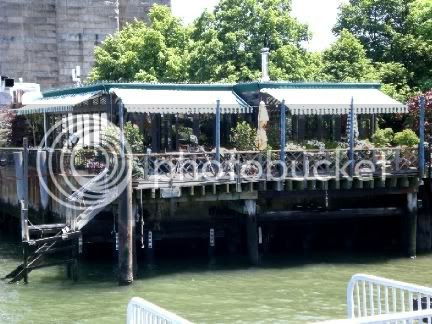 And, adding to the illusion, a bit of beach and a couple of ducks paddling around.

They Kwak With A Brooklyn Accent 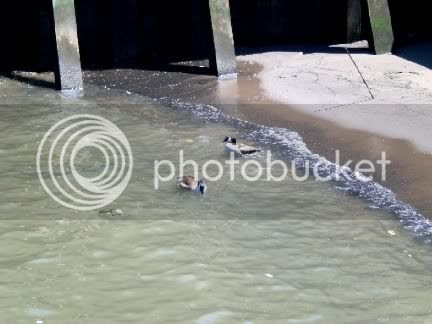 For some reason this reminded me of some photo shoot on a beach somewhere in Italy. 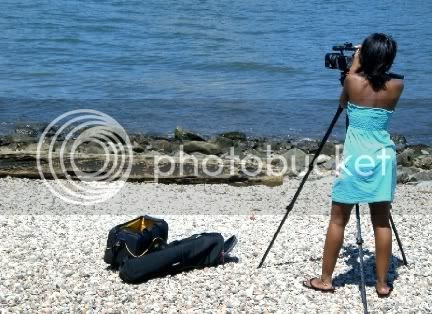 We were thinking about having a pizza at the famous Grimaldi's but it had gotten too famous for my liking. I just don't fancy standing in line for a pizza and the "velvet rope" really put me off. 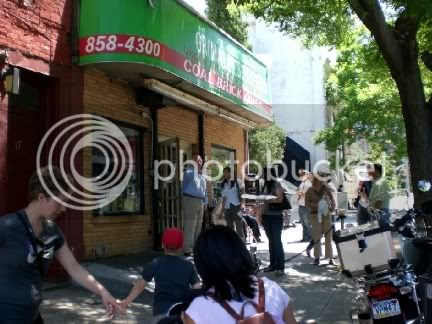 Now don't get me wrong, I have had the pizza here, and it is very good indeed. I know a place in Manhattan that is just as good, but none better. I think it is better to go in the off-season though. Too many tourists this time of year. And yes, Grimaldi's is, indeed, a tourist attraction. I told you it was famous. Actually, if I was a tourist I would rather go to Grimaldi's than the Statue of Liberty. And the line would be shorter too.
Posted by Bar Man at 6:27 PM

Nice Telectroscope. Soon, when it is finished and modified, you'll be able to "walk into" the lense and be electronically "reassembled" in London. Sure looks like a fun gizmo, I have not seen anything about it on the news. Kind of Jules Verne looking.