Last night I decided to take the Mysterious Chinese Woman out for dinner tonight and we decided to try a place we have passed by many times but never stopped in. It is the Red Rose at 315 Smith Street, not far from where I live. 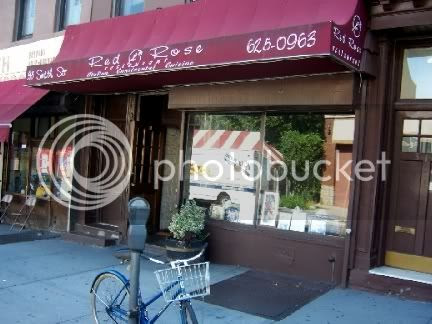 Although Smith Street now has a reputation of being the restaurant row in Brooklyn, most of the restaurants are relatively new. Not Red Rose though, it has been in its current location for almost 25 years and is family owned. It is further south on Smith Street than many of the newer restaurants, more in the older brownstone Italian section, and it suits the neighborhood well. Son Santo now manages the place and acts as host, bartender, and generally nice guy. His parents were sitting at a front table keeping an eye on things and enjoying a dinner of their own with a friend.

I decided to have a beer at the bar and catch the end of "The Shining" which was playing on the television above the bar.

Beer at the Bar 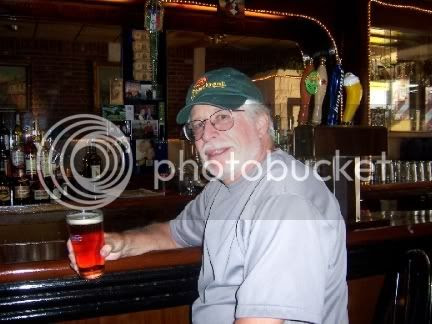 They don't have a real big selection of beers but they did have Sierra Nevada, a great all-around thirst-quenching beer that I will never refuse. It has a nice amber coloring and is fairly full-bodied for its style. Decently hoppy with a nice nose to it.

The decor and the food here is old-style southern Italian style, and the portions are generous indeed. I ordered the Grouper but was told they were out and suggested the Tilapia instead. It was very good indeed. To their credit, they didn't try to palm the Tilapia off as Grouper, something that I have seen in less reputable places.

The Mysterious Chinese Woman ordered the Veal Scallopini and she said it was very good as well. You certainly got generous portions so I will probably have the rest of her meal for lunch tomorrow. 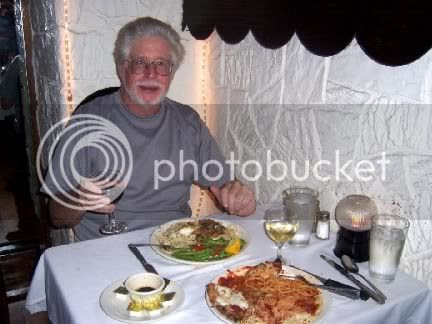 I would certainly recommend this place if you want a taste of the old Brooklyn. Bring your appetite though and be prepared to have a good time.

On the way home I passed by Angry Wade's and had a free drink token that was burning a hole in my pocket. 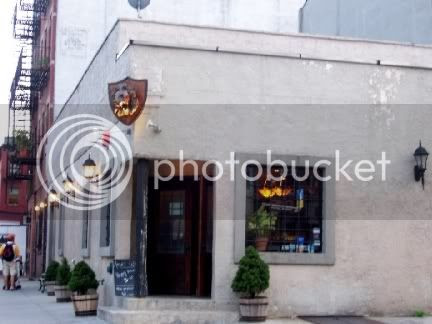 Coincidently, Wade was in there having a beer and he joined me while I had mine.

Bar Man and Wade (not angry though) 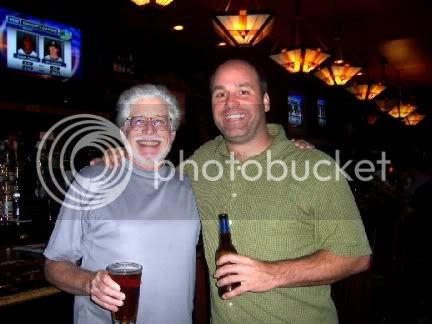 For those of you who don't know the story, Wade presented me with tokens for 100 beers upon my completing my 1000 bar trek in 2005. I am slowly working my way through them.

I had a Blue Point Toasted Lager, made locally on Long Island. Another good all-around beer that is both thirst-quenching and flavorful. It had been perfectly poured by Vanessa, the busy and beautiful bartender. 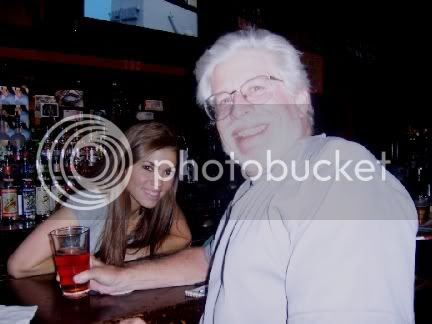 Another nice night with a bunch of nice people here in Downtown Brooklyn.
Posted by Bar Man at 11:18 PM