Kind of a quick and dirty day. I wasn’t sure I would be able to hit any bars today because I was heading out to Long Island for a backyard barbecue in honor of a friend of mine’s daughter’s recent marriage. I guess backyard barbecue is a bit of an understatement, there was a D.J., open bar, major smoker and grill action (ribs, chicken, cheeseburgers, hotdogs, fish), giant hero sandwiches, backed ziti, a porta-potty, what more could you want. And Bernie’s special juice (made with passion-fruit nectar this time around in honor of his daughter’s wedded bliss). 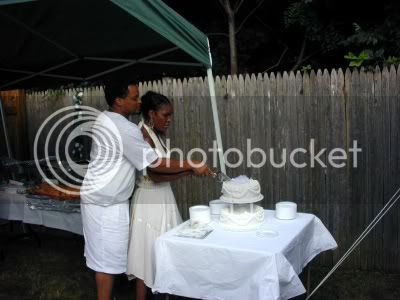 At any rate, I had to take a train out to Long Island but was lucky enough to find: 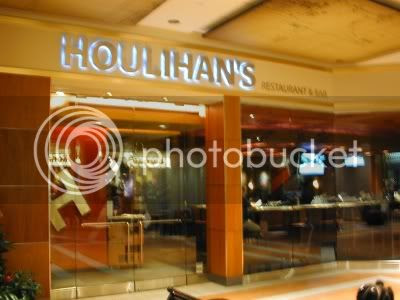 The last time I was at the Atlantic Avenue Terminal this place wasn’t here. I got to the train station about 40 minutes early and actually thought I might have to go to a Chuck E. Cheese to see if they had a beer, although I was pretty sure they didn’t really have a bar. When I got off the subway and saw this place I was happy indeed.

The dining area was nice enough looking with booths and old advertising posters hanging on the wall. It actually looked pretty classy. I didn’t have much time here and the Mysterious Chinese Woman had made off with my notecards and pen so I wasn’t able to do much here except quaff a brew and head to my train.

I had a Guinness Stout and told the bartender what a wonderful community service Houlihan’s was providing by opening this place. She said they do get a lot of commuter business. I would think so. It is the only bar close to the train station. 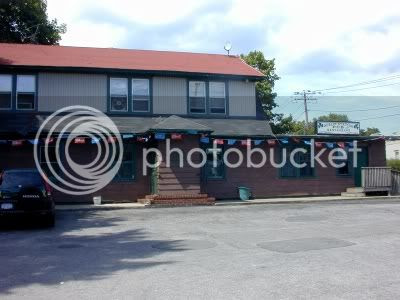 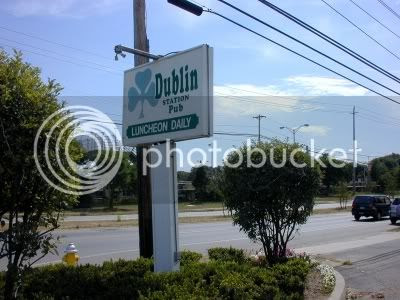 Whew, it has been a long time since I walked into a place that was smoke filled, it was kind of like stepping back in time. Well, at least stepping back to before smoking was banned in bars in New York.

There was a beat-up wood topped bar with a wood-grained Formica front and a linoleum covered foot rest. The overhang above the bar was covered with strings of white Christmas lights, but I can’t say it made the place really cheerful. The bar back was kind of strange, looked a bit like a stone wall with rectangular and round openings where various knick knacks were tucked (the porcelain Madonna was a nice touch. The two inches of pink Taylor wine in the bottom of a gallon jug discouraged me from asking to see a wine list. There were two pool tables and, aside from the nice lights hanging over them, the only other decoration seemed to be a bunch of Budweiser pennants. Looked like the gathering place for the locals though.

I had a bottle of Budweiser and headed to the barbecue.

Two bars today, but two more than I had counted on. That makes 713 for the year and leaves 287 more to go. I have to hoof it to hit my 750 by August 20th. I hadn't counted on the Jets preseason so that will take two days out of my endeavor. Even though the games don't start until the evening, my friend Bernie (father of the bride) likes to tailgate. Really likes to tailgate. I am sure he will be picking me up in the very early afternoon to head out and set up. Too bad there aren't any bars (or at least none that I can get into) at the stadium.
Posted by Bar Man at 7:10 PM

Jets fan eh? I wonder if you're upset to lose Jim Brien this off season...I bet he hit a few secluded bars after last years blowup.

Being a Jets fan is a bit like being a Civil War buff and still rooting for the Confederacy.

Hi,
While I was searching through Blogger I came past your site, it is not really the information I was after about Health Fitness but I did stay to read your blog and found it interesting and well done. Keep up the good work and hopefully I will visit again sometime and also find the information on Health Fitness that I was looking for in my travels.
Regards,Regards,

Hi,
I came past your site while I was searching through Blogger, it is not really the information I was after about Womens Health News but I did stay to read your blog and found it interesting and well done, I do like what you have done with your site. Keep up the good work and hopefully I will visit again sometime and also find the information on Womens Health News that I was looking for in my travels.
Regards,

Hey, you have a great blog here! I'm definitely going to bookmark you!

Come and check it out if you get time :-)

Cool site on health and wellness Check out my Penis Enlargement