A bunch of us went to Coco's Kitchen for dinner last night. My friends Paul and Sharon had been to see a Kim Kuzma show at The Palm and really liked one of the backup singers. He was going to be singing at Coco's Kitchen and so we went. 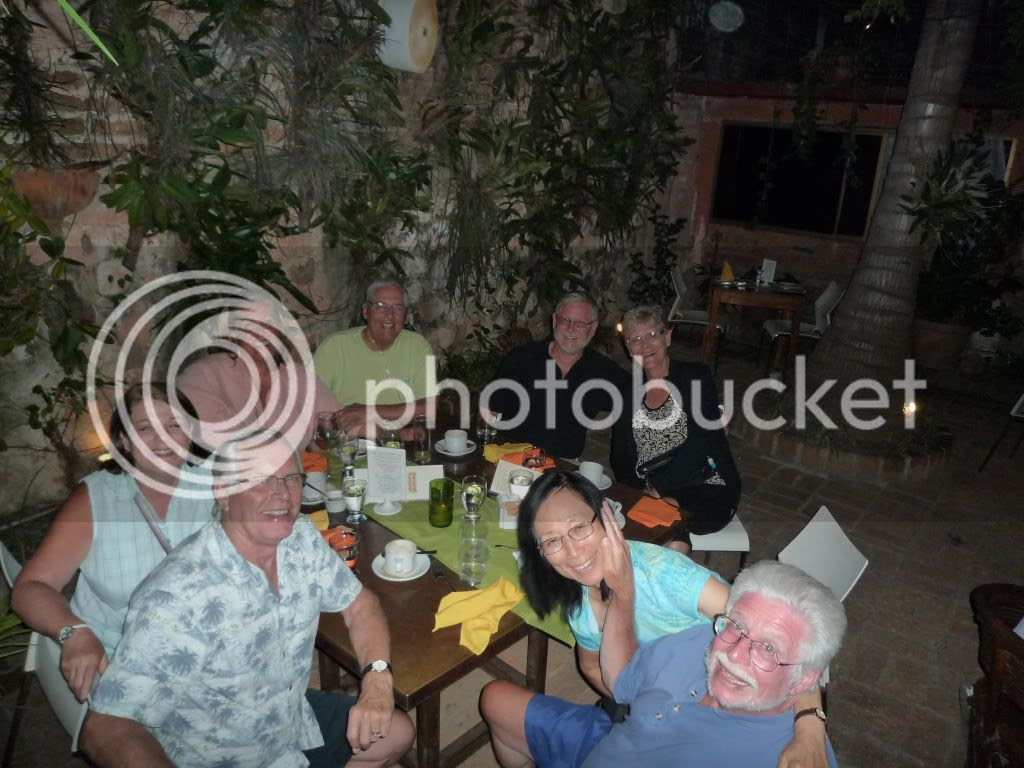 To my right are Bill and Marcie and Allison and Steve are next to them with Paul and Sharon next to The Mysterious Chinese Woman.

We had a great time and the food was excellent. Both the Mysterious Chinese Woman and I had the seared tuna. Salisbury steak was the specialty of the night and several people had that and were happy with their choice. To me salisbury steak is something that you found in TV dinners back in the old days. Or on the school lunch menu as a second choice. Bill, who usually eats nothing but hamburgers and M&Ms (he brings down about 40 pounds of them, M&Ms, not hamburgers) surprised me by ordering the fish fillet. He really surprised me when he said he liked it.

I always tease Bill about his choice of drinks. Usually colorful and preferably with an umbrella. I guess his ordering a Cosmopolitan was a step up, for him.

Bill And His Cosmo, Me And My Margarita 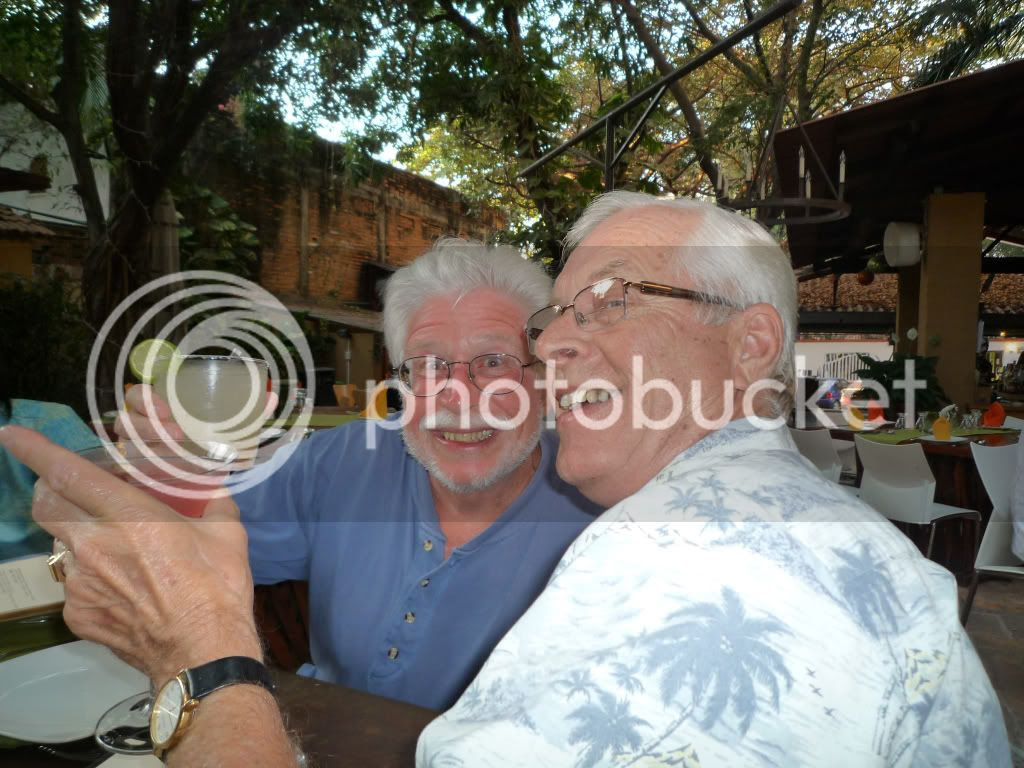 You can tell we were all having a good time because I did my famous Buffalo Bill imitation. 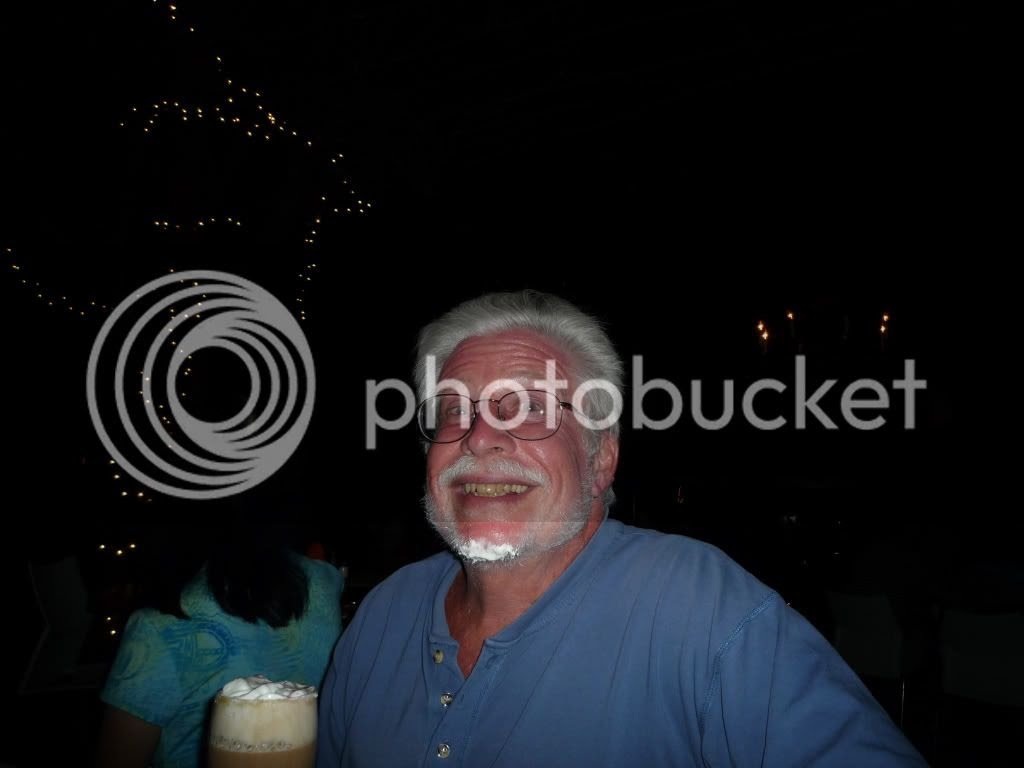 We got a special treat later in the evening because Kim herself dropped by and did a few songs. Our table seemed to be the only one with people who knew who Laura Branigan was so when she sang Gloria we got to chime in with the refrain. Afterwards she came over to our table and chatted with us for awhile. We have all seen her perform in various venues before so that was kind of fun. In fact one St. Patrick's day a few years back Marcie (Bill's wife) gave her a shamrock tattoo. 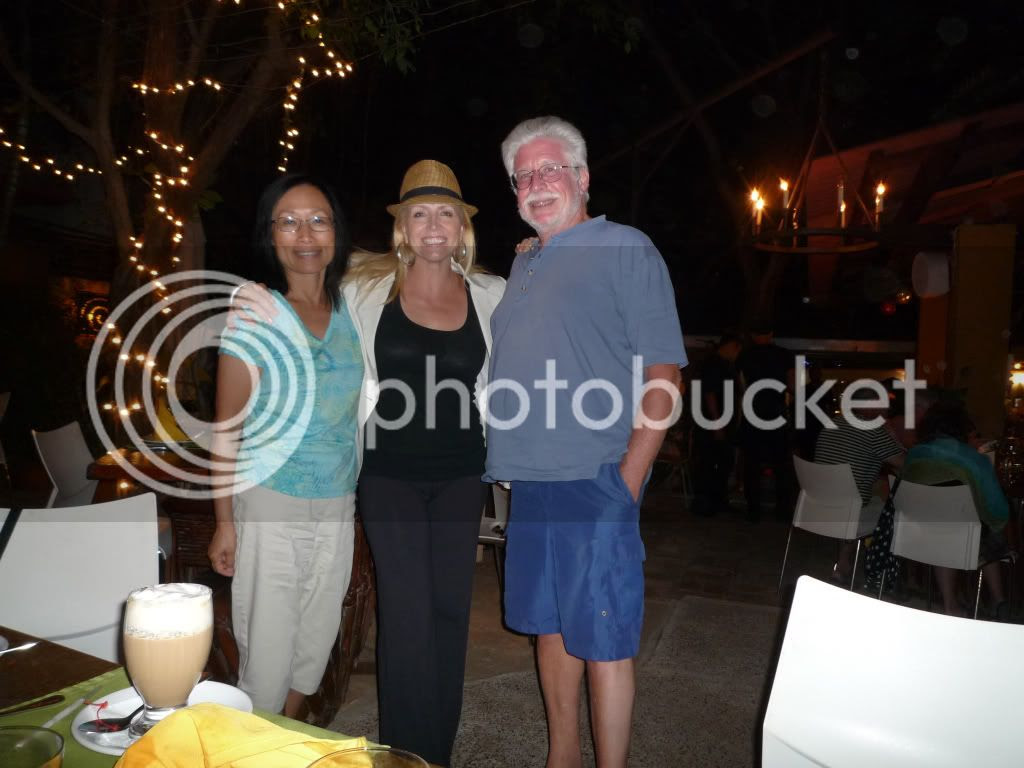 I still have more pictures to post and I will try to get to them in the not too distant future. With all the sun, sand, and tequila it is hard to get really motivated, though. Now where is my lime and jigger of salt.

Speaking of rum, not that we were, they have Appleton rum down here for under $12 for 900 millileters. That is a really good price, and Appleton rum is one of my favorites.
Posted by Bar Man at 12:42 PM