As most of you who follow my blog must know by now, I head to Minnesota for the Fishing Opener every year.  In the thirty-one years that this group has been gathering I have only missed once, and that was due to a scheduling conflict where, not too surprisingly, a river cruise f rom Amsterdam to somewhere in Switzerland won out. 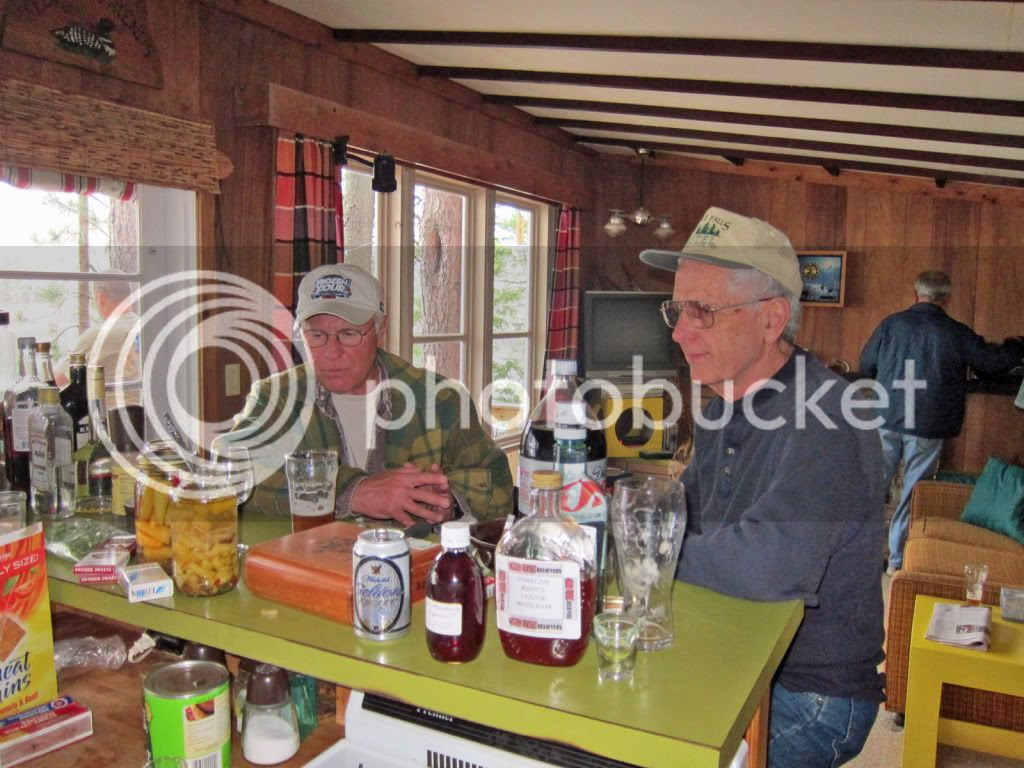 Cubby, on the deck, was filling a pitcher with some of Bruce's homemade beer. An excellent crispy delight that he infused with ginger.  Jon and Bruce are comtemplating what to drink before the beer arrived and I think Jerry is pissing in the fireplace.

Well, it was a bit smaller gang this year. One of our members is undergoing chemo for lymphoma and another was busy with, of all things, work. But we raised a toast to those who weren't able to attend and, of course, to those of us who were here.

Cheers To The Gang Who Isn't All Here 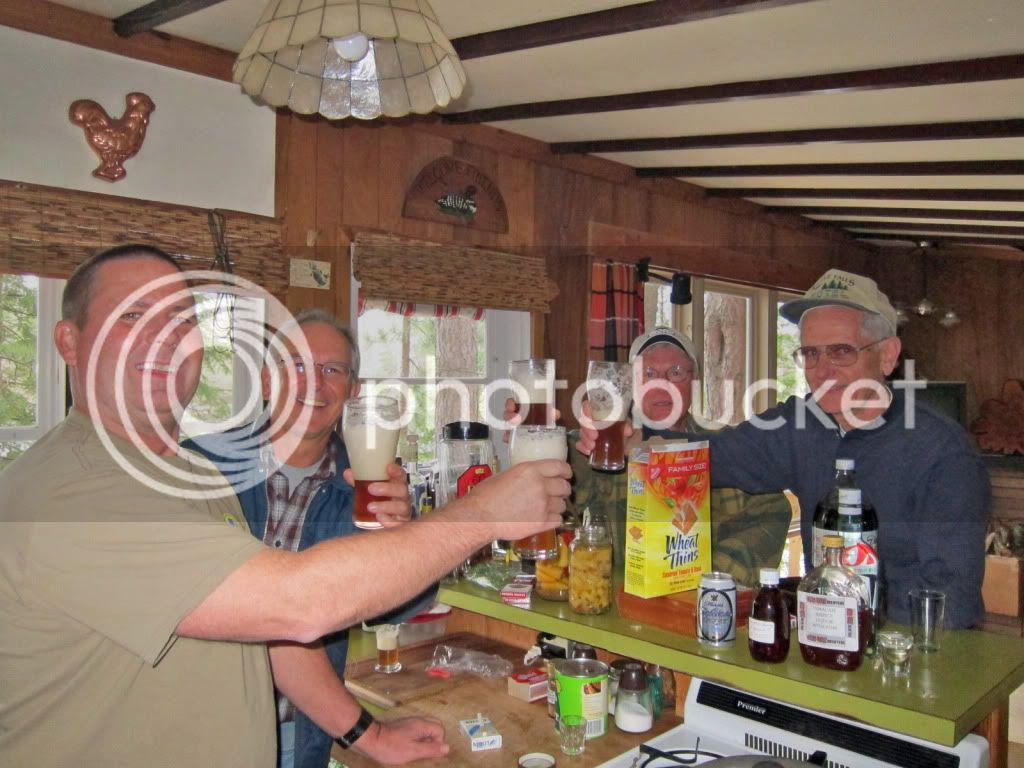 As you may imagine, just from viewing our counter, this weekend isn't really about fishing. But it wasn't just about drinking either. We had some mighty good eats as well. I brought pastrami and corned beef from Katz's Deli and others brought some delicious stuff as well.

Jon brought a venison tongue and pickled pig parts along with some venison hard sausages.

Not For The Faint Of Heart 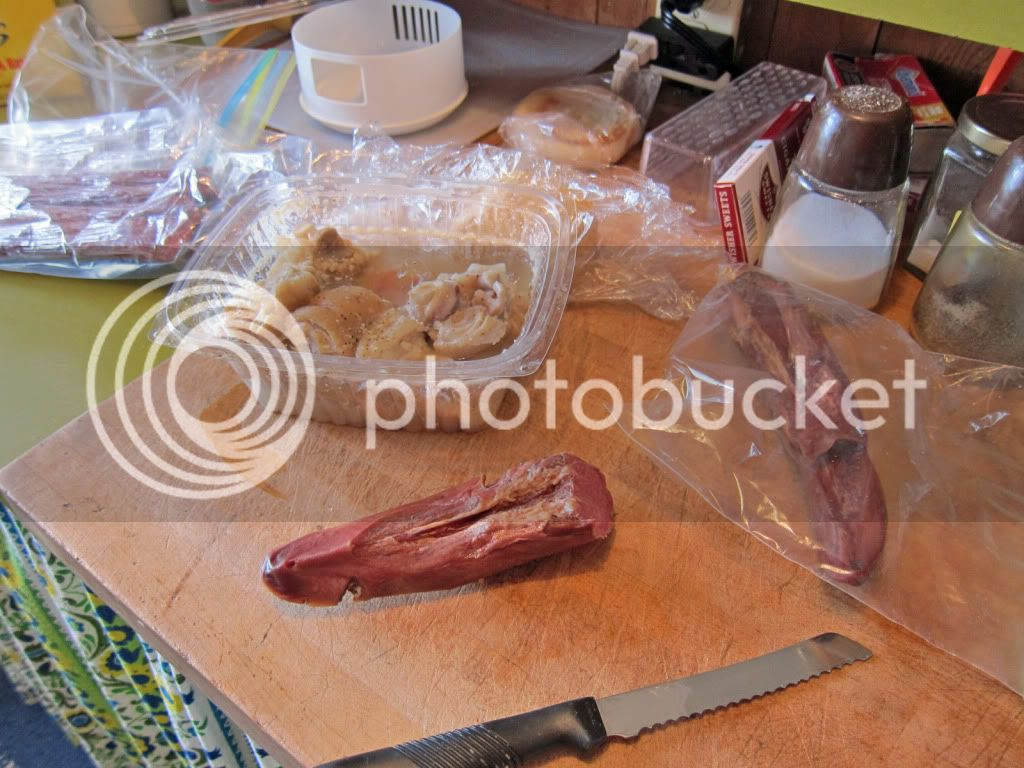 Jerry Digging Into The Sausages 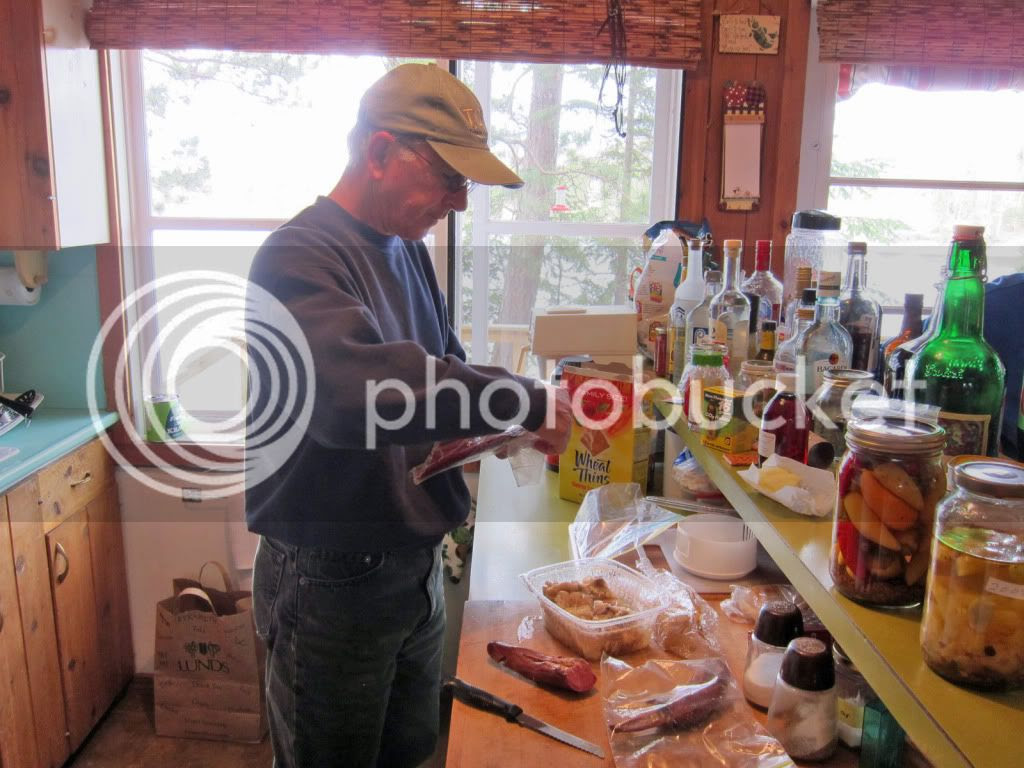 You can also see several jars of pickled peppers that Bruce brought.  Bruce also brought up some delicious wine, some so-so champagne and a dynamite port, all of which he made.

Jon also brought venison liver that we had for breakfast one morning along with eggs benedict. 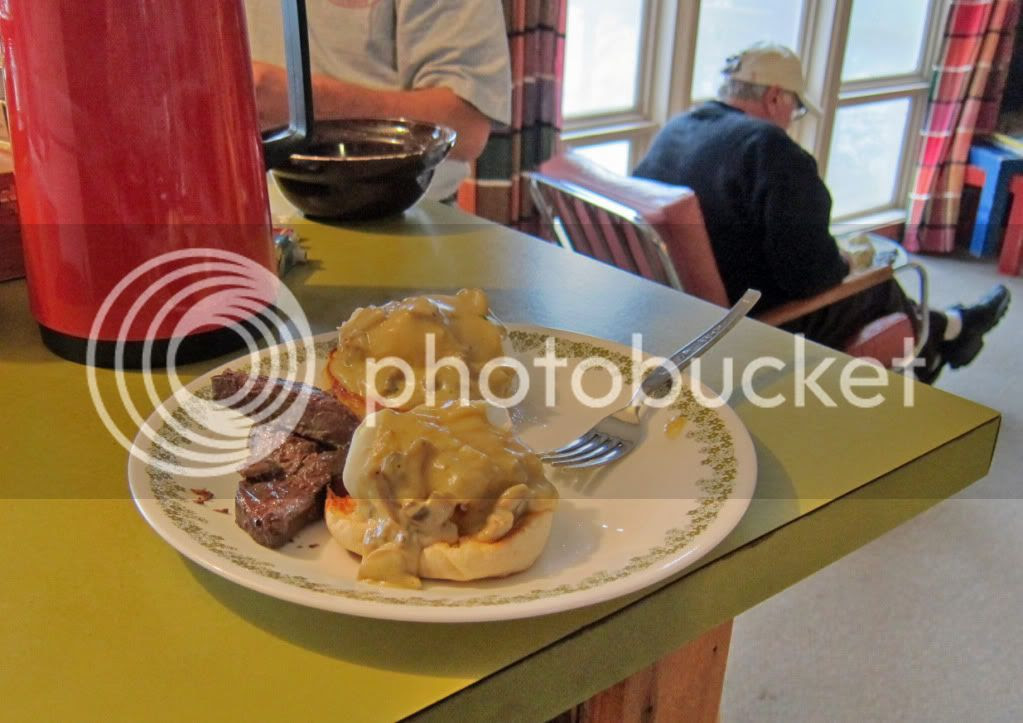 Jon is the primary cook and he does an excellent job. Well, he could have put a bit more pastrami in the grilled Reubens.

Jon Enjoying The Fruits Of His Labor 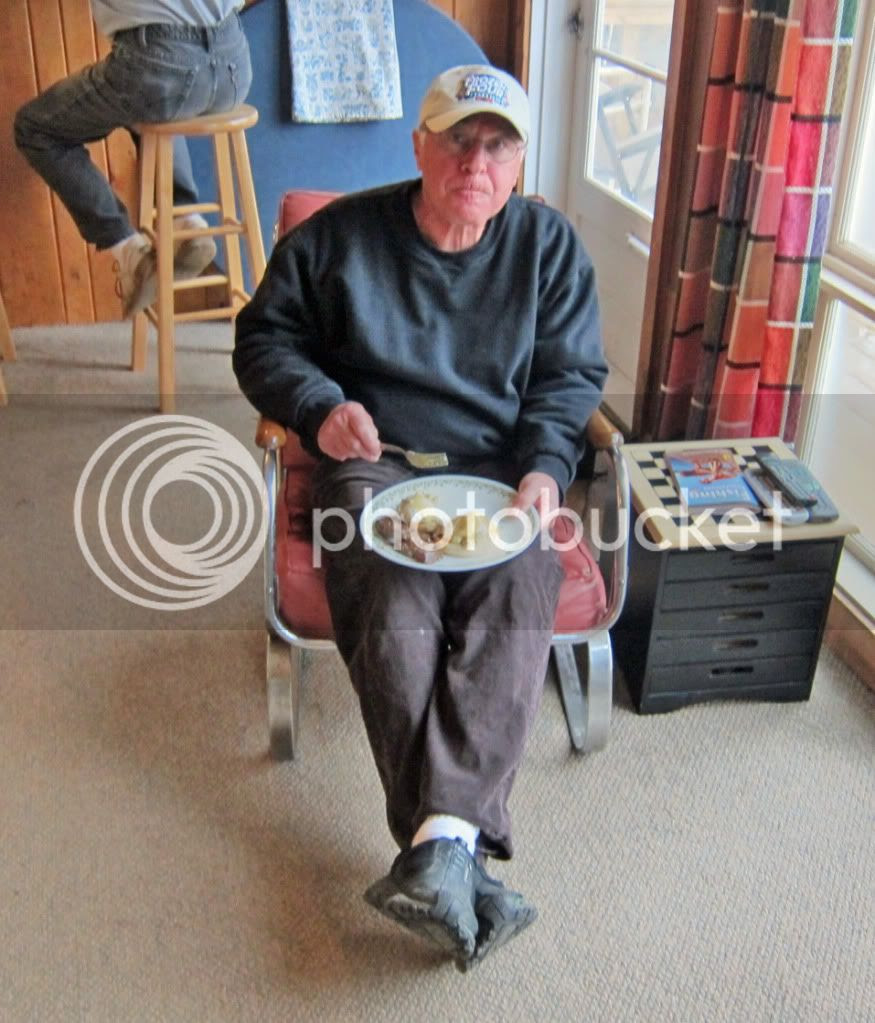 I didn't get pictures of everything we ate. You don't suppose the abundance of alcholic beverages had anything to do with that, do you? Some of the stuff I missed included blood sausage and a white sausage, also courtesy of Jon, and a chocolate cheese cake from Cubby that was the richest cheese cake I have ever had. Pretty much like eating fudge with chocolate frosting.

I did get a shot of some venison ribs that Bruce brought up. He shot a fawn so the ribs were just perfect for grilling. 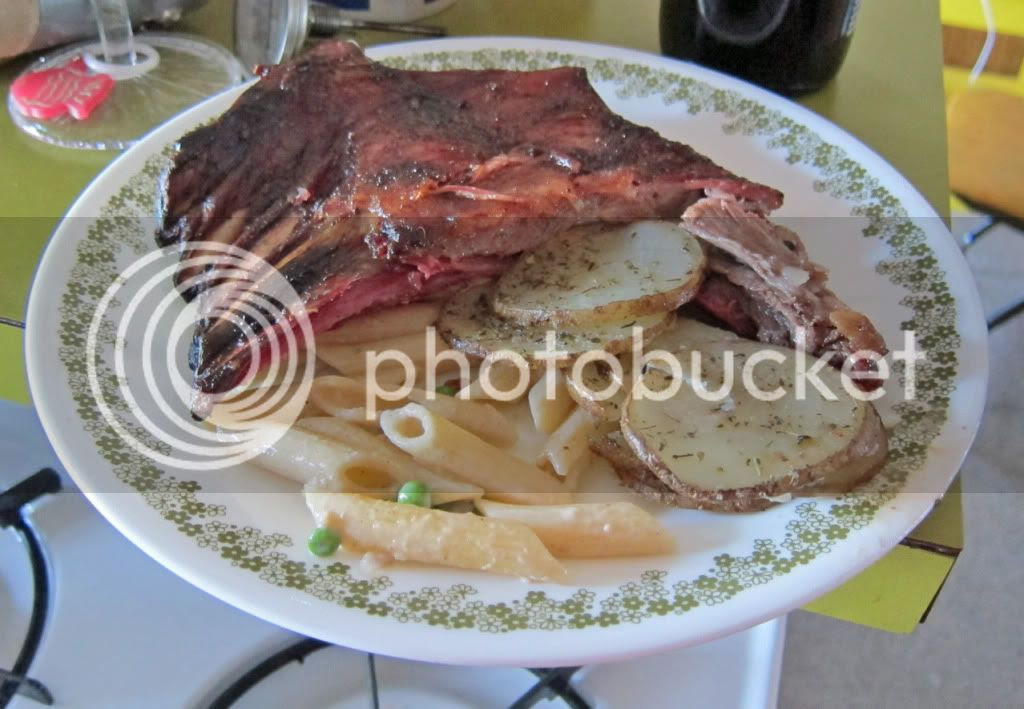 Now before you get all upset about Bruce shooting Bambi, don't worry, he killed his mother too. No, No, I didn't mean that. And the ribs were delicious.

And don't worry, we didn't just stay inside all weekend, we also drank out on the deck. 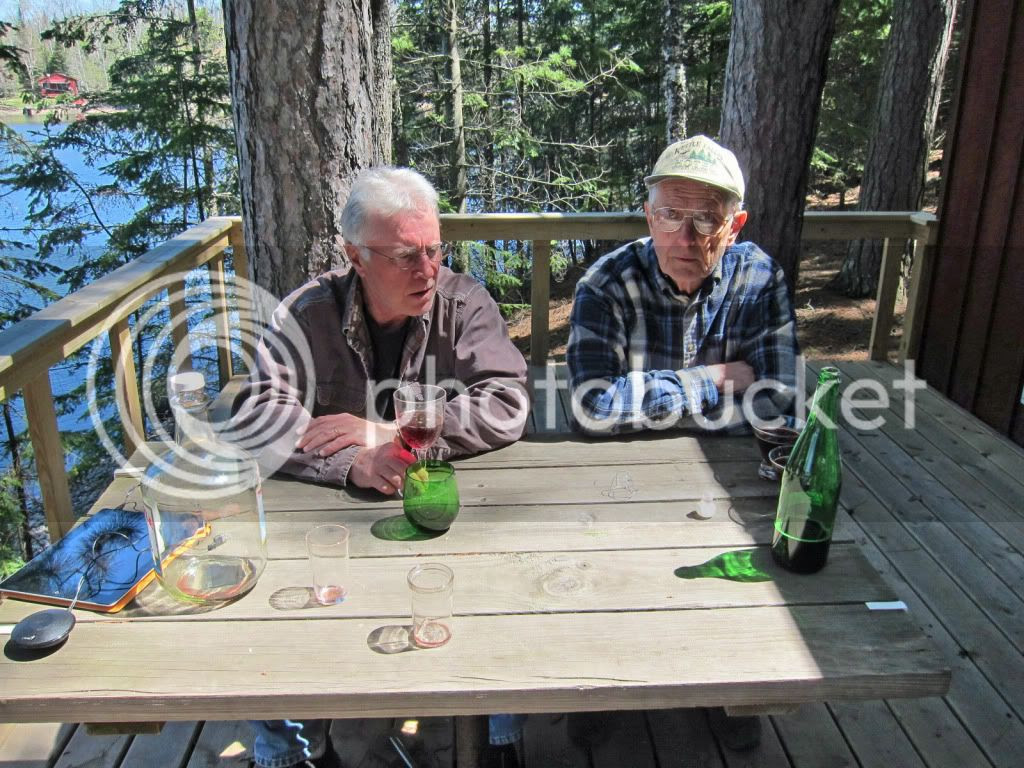 Cubby couldn't stay for the entire weekend, he had to leave Sunday morning to, arrgh, go to work. But that wasn't all bad. He is part owner of a roofing company and business is booming. Another indicator that the economy is turning around. People put off repairing their roofs when times are bad and then when times get better the pent-up demand kicks in. 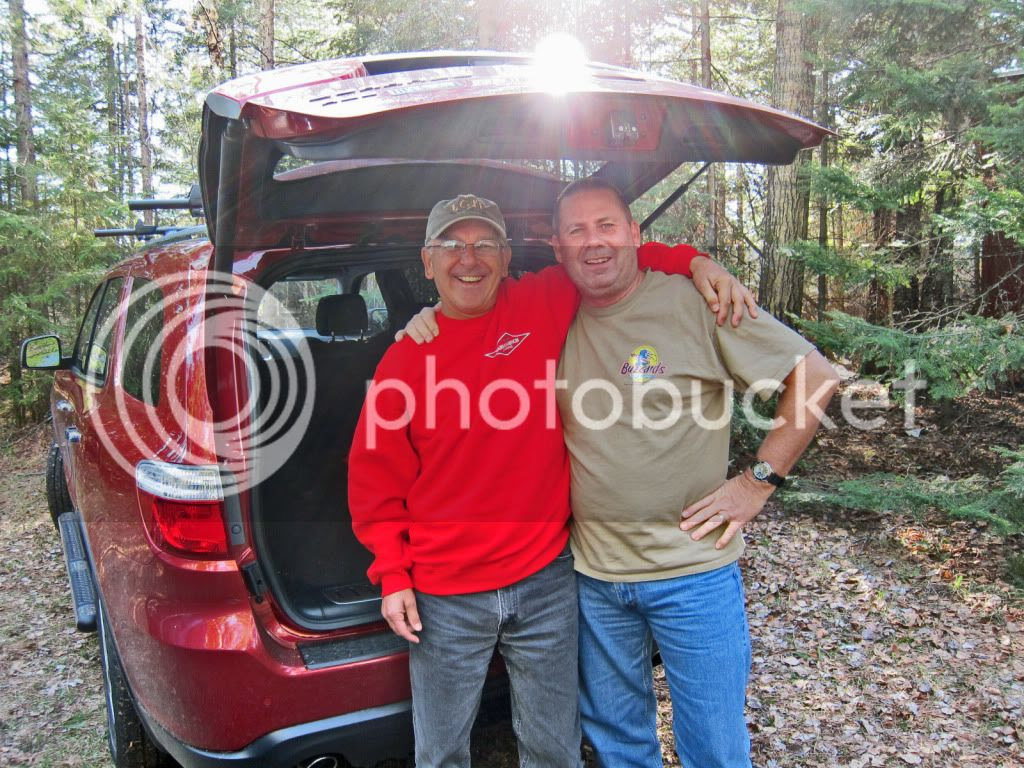 Another sign that Cubby's business is booming, he brought up a bunch of company jackets, sweat shirts, and tee shirts for us. Of course his company just changed its name and these are the old ones. Still, it was the first time in over thirty years that we ever got anything from him. I mean Bruce was a teacher and he would sometimes bring up a pupil or two.

Sunday was another nice day, so rather than just sit inside the cabin we headed to our favorite local watering hole. 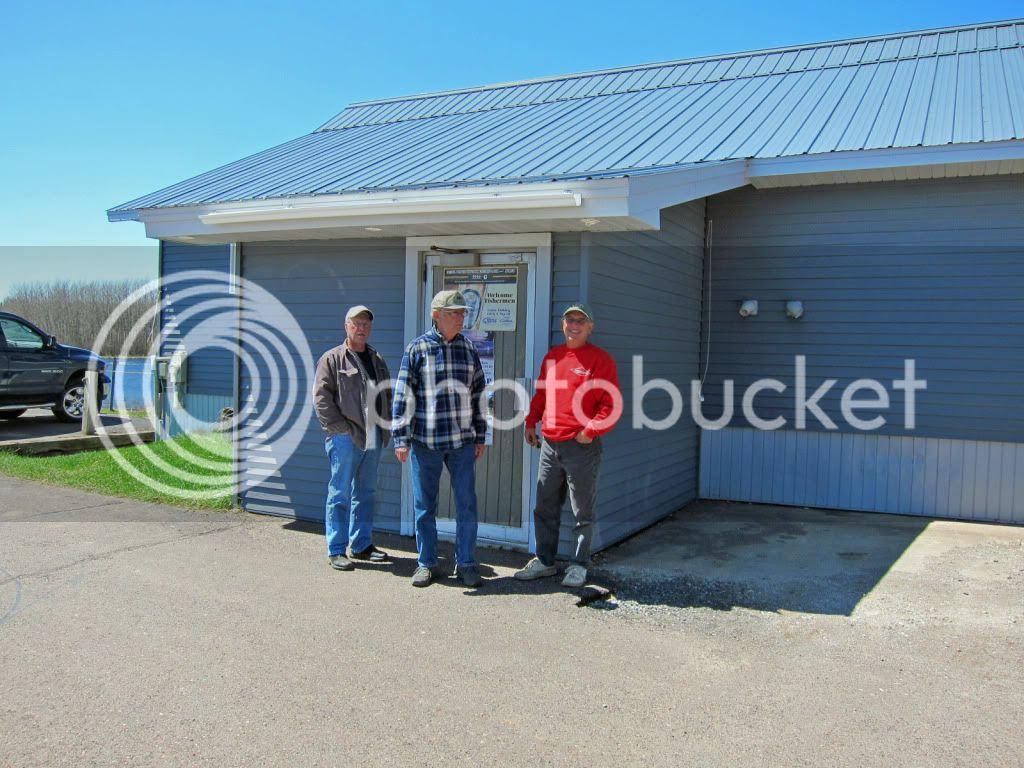 The Pared Down Gang 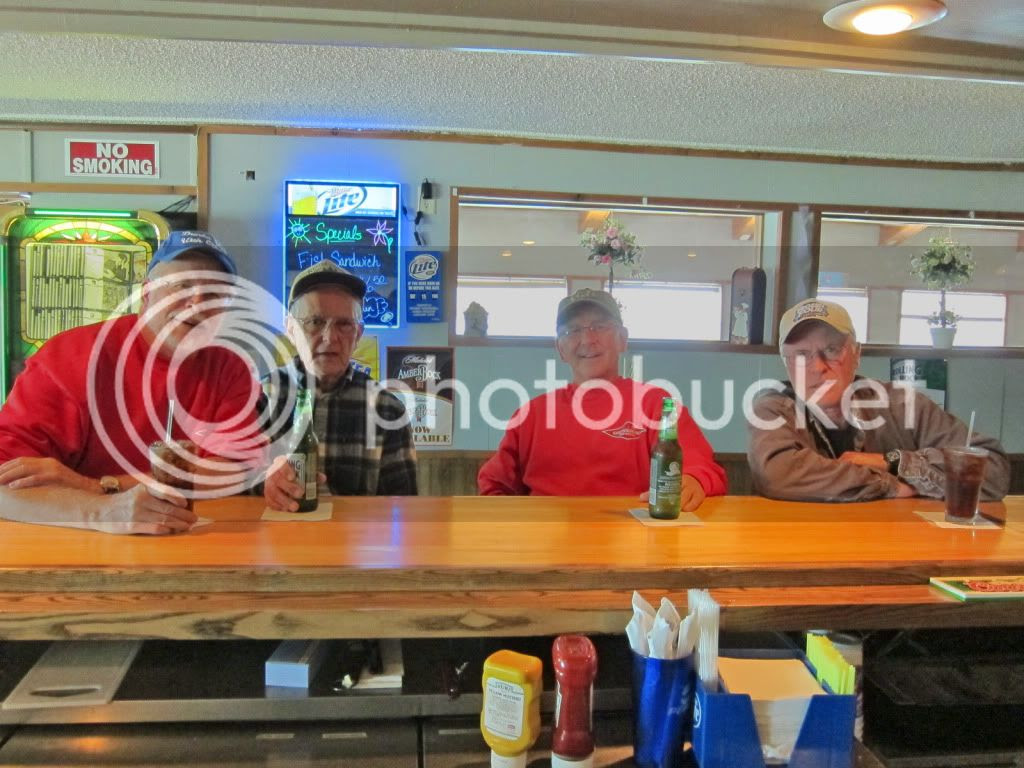 Initially our bartender, Holly, was a bit shy about having her picture taken. 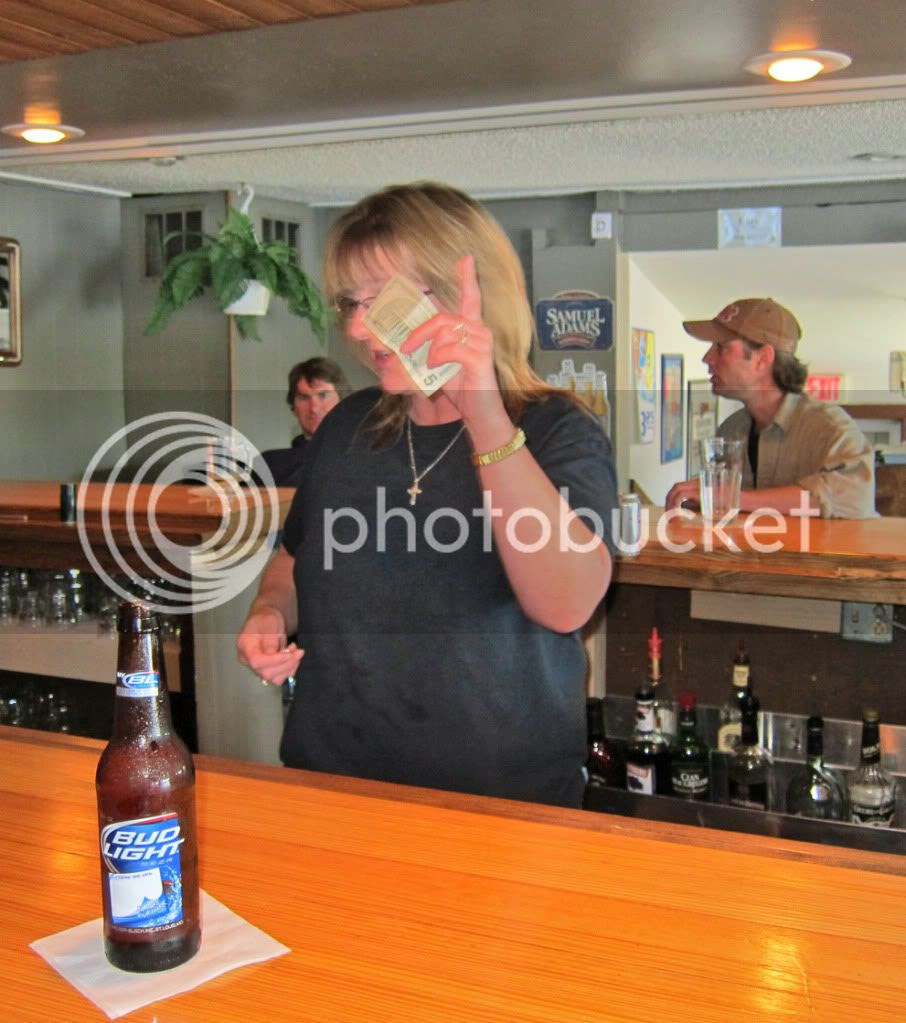 But Bar Man, silver tongued devil that I am, was finally able to persuade her to pose. 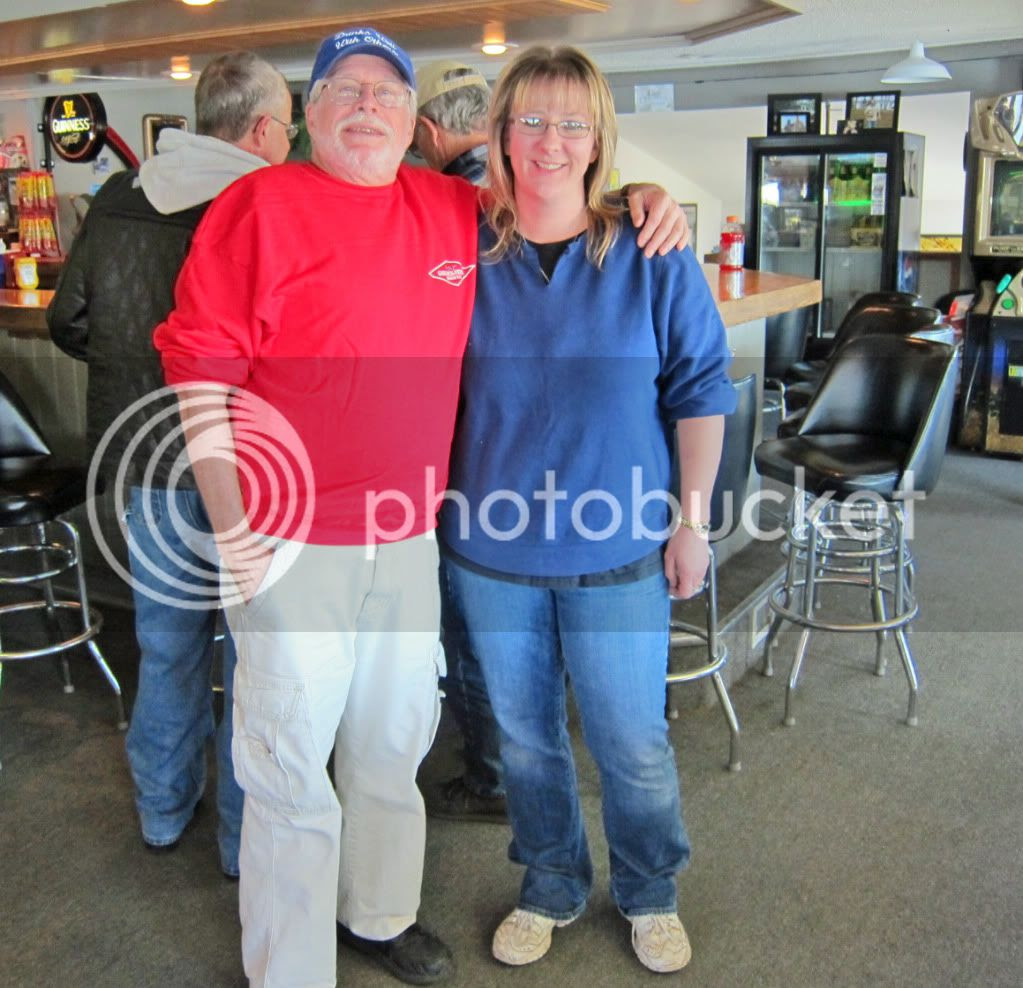 I guess she had to wait until she was off duty and changed out of her work clothes.  That is my brother behind us.  He stopped by on Sunday for a short visit.  He rode his bike up from Brainerd, where he lives.

And that is it, another great get-away with the boys. Already looking forward to next year when, I hope, we will have more of our full contingent.
Posted by Bar Man at 10:05 AM

No, but there were three pair of Muskies, a couple over four feet long, spawning right by the dock.

Nice post! The food on the photo looks so delicious! I definitely will visit that place as soon as possible.
xlpharmacy.com

Cheers,
what is debt consolidation

The breakfast is best, it champions =)