Oh no, a bit of history has bit the dust.  Who would have ever thunk it? 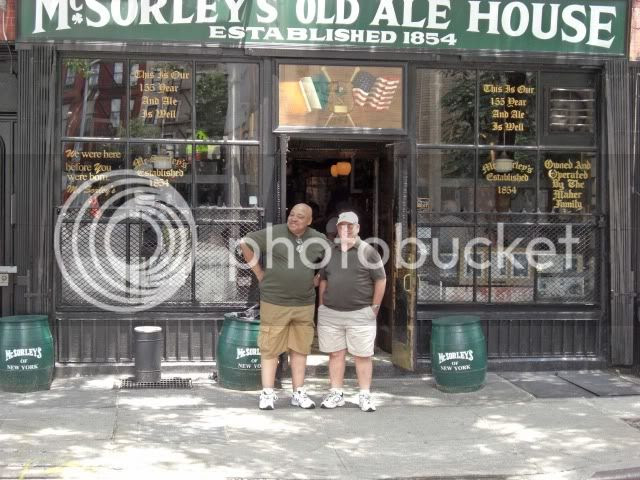 That was an old photo from July of 2009 when my friends Bernie and Bob and I hit a few bars one day.

Way back when I was just a little Bar Boy I had read about McSorley's and the dust festooned turkey wishbones that hung above the bar. There is a story behind them, of course, but each wishbone represents someone from the neighborhood who did not make it back from World War I, or The Great War, as it was known then. Before going of to war the soldiers would get a free turkey dinner at McSorley's. The wishbones were hung above the bar and saved to be reclaimed when the soldiers returned. The unclaimed ones remained.

Kind Of A Poignant Reminder Of Lives Lost 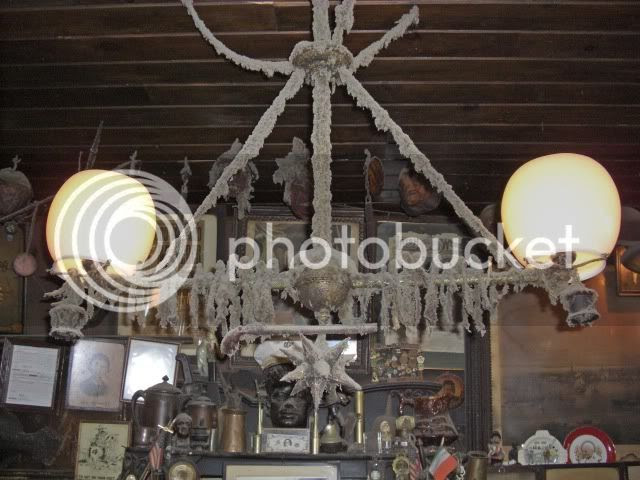 It was rumored that hair-spray was used to keep the dust in place and to satisfy the health inspectors. But, in an era when you have to wear gloves to make a pizza (unless you are in the new Papa John's Pizza commercial), can't serve fresh mozzarella or make your own dried sausage or do a million other things that have been done for generations with no harmful effects, the dust, of course, had to go.

It Just Ain't The Same 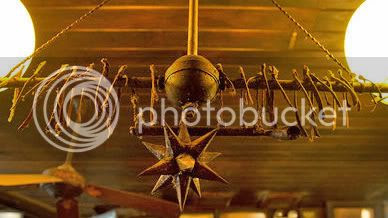 On Sunday morning, Matthew Maher, the propriertor, carefully took down the wishbones and removed the dust and then replaced the ones that did not crumble. He then put the dust in a jar and took it home with him.

Oh yes, the Health Department made him get rid of Minnie the cat as well. No cats allowed, no matter how big the mouse problem becomes without one. I am sure hundreds of lives are saved every year by not allowing bars to have a cat.
Posted by Bar Man at 7:58 AM

Nice pictures! Thats what I like from other places. The fact to see new things, new designs everywhere so nice!
xlpharmacy