And now for the rest of the day, or at least that part fit for sharing with the general public, especially impressionable children.

The Scene Of The Crime 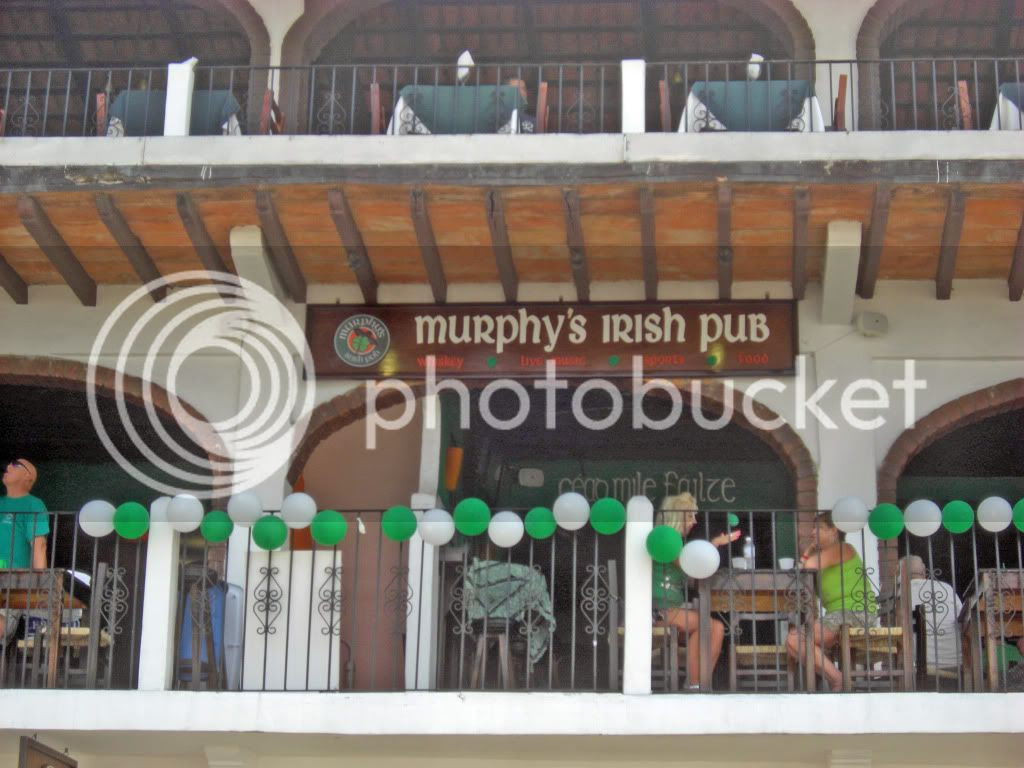 Although Marge and Wayne bowed out of the this part of the festivities, their replacements were more than happy to take their place. 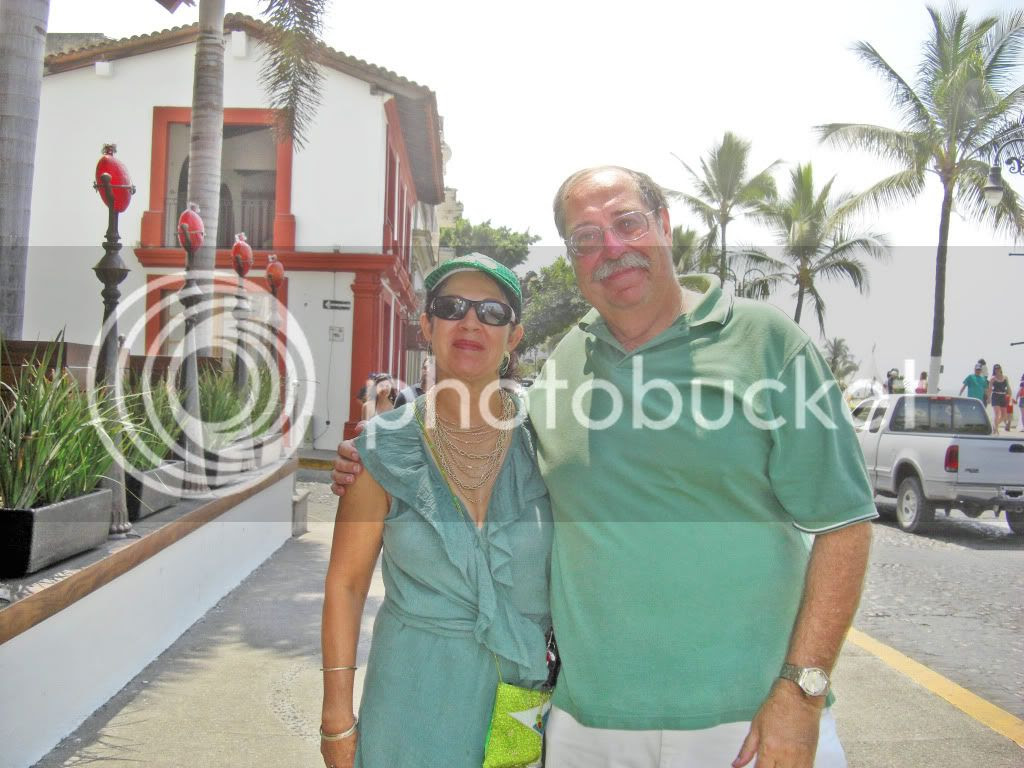 By now you should pretty much know the names of all the major players so I won't continue to identify everyone except when appropriate, like now.

Sandy And Rico Waiting At The Bar 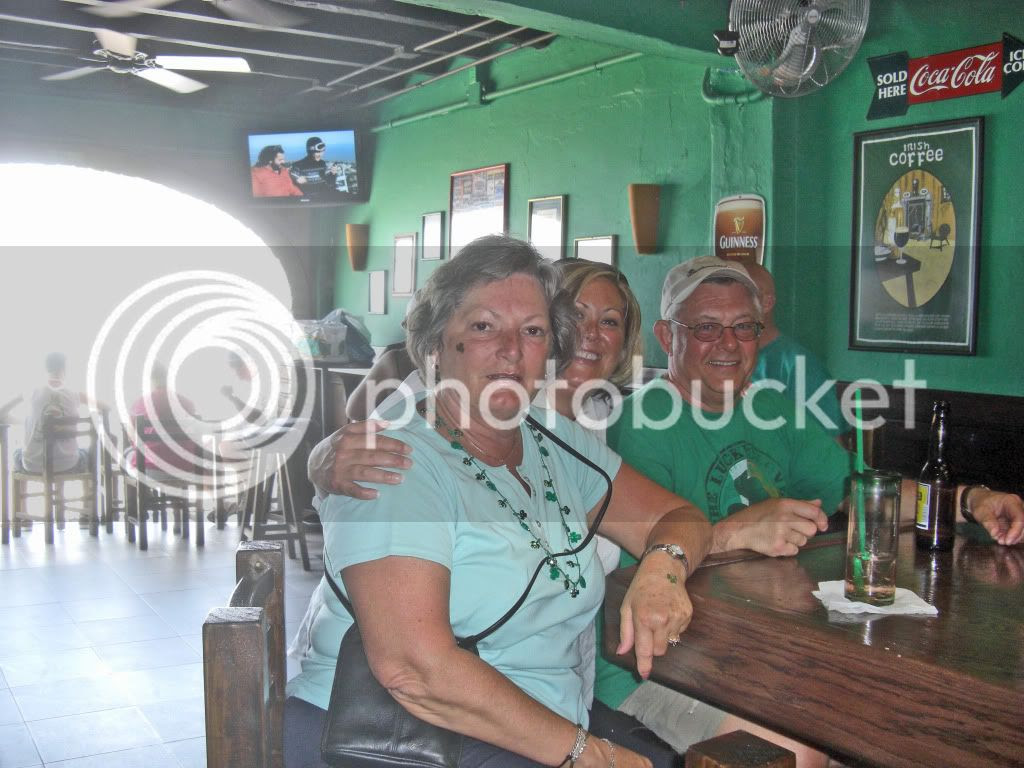 And I am sure you recognize Allison peeking out from behind.  Allison has never met a flashbulb she didn't like.  You younger readers may have to google "flashbulb" to know what I am talking about.

And here we are, commandeering all of the free tables to accommodate our party.

Whiskey For The Horses And Beer For My Men Note Sharon's fan.  This is always how it starts with her. 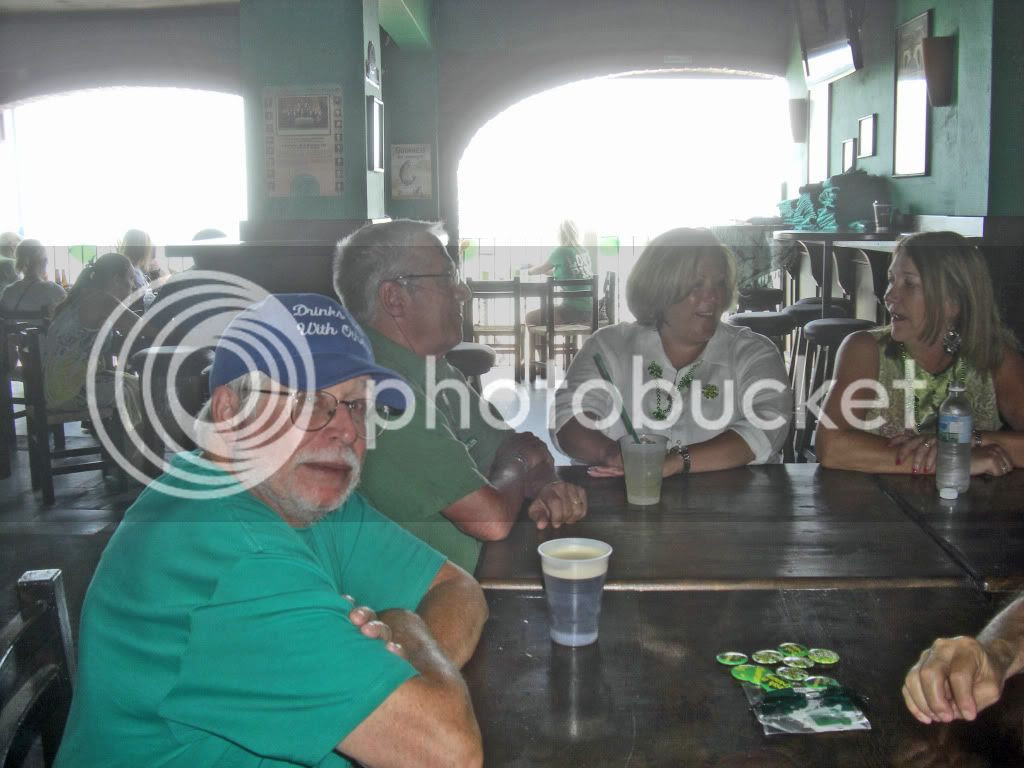 Oh, sure, there were defections.  Sandy and Rico continued to hold down their coveted position at the corner of the bar and somehow lured Sharon over to join them 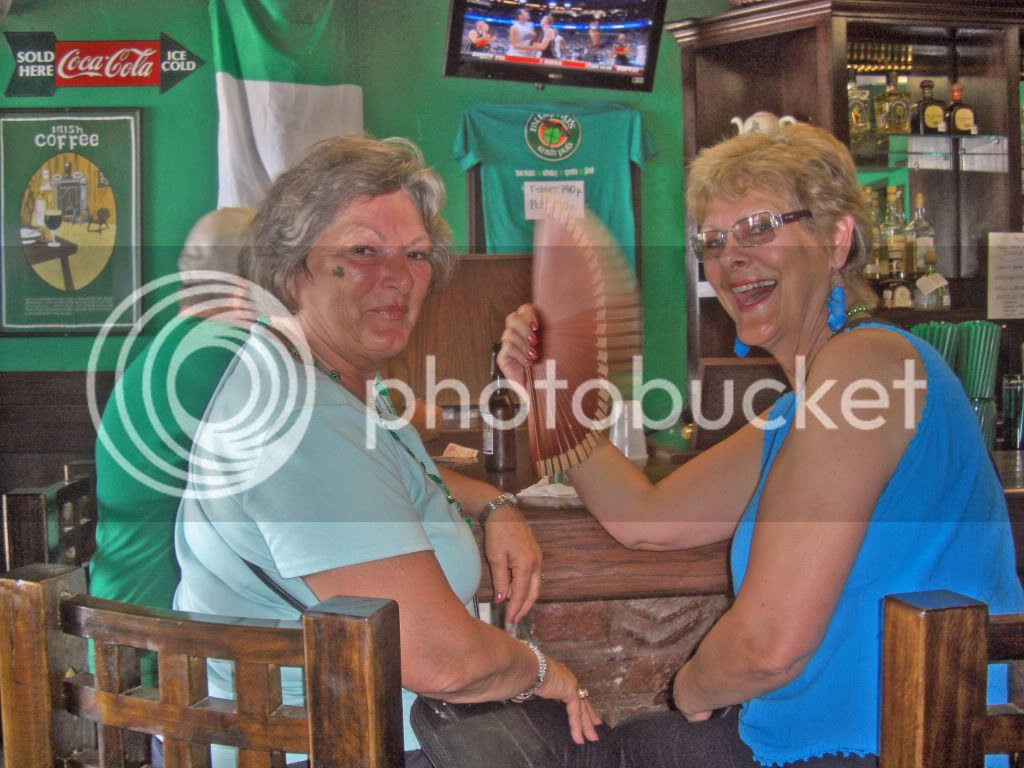 And where Sharon and her fan goes, Paul soon follows.  If you recall pictures from previous St. Patrick's Day gatherings you probably know why Paul keeps a close eye on Sharon.  Particularly when you are at a bar that is on the second floor.

Paul And Rico, The Fan Belongs To Sharon 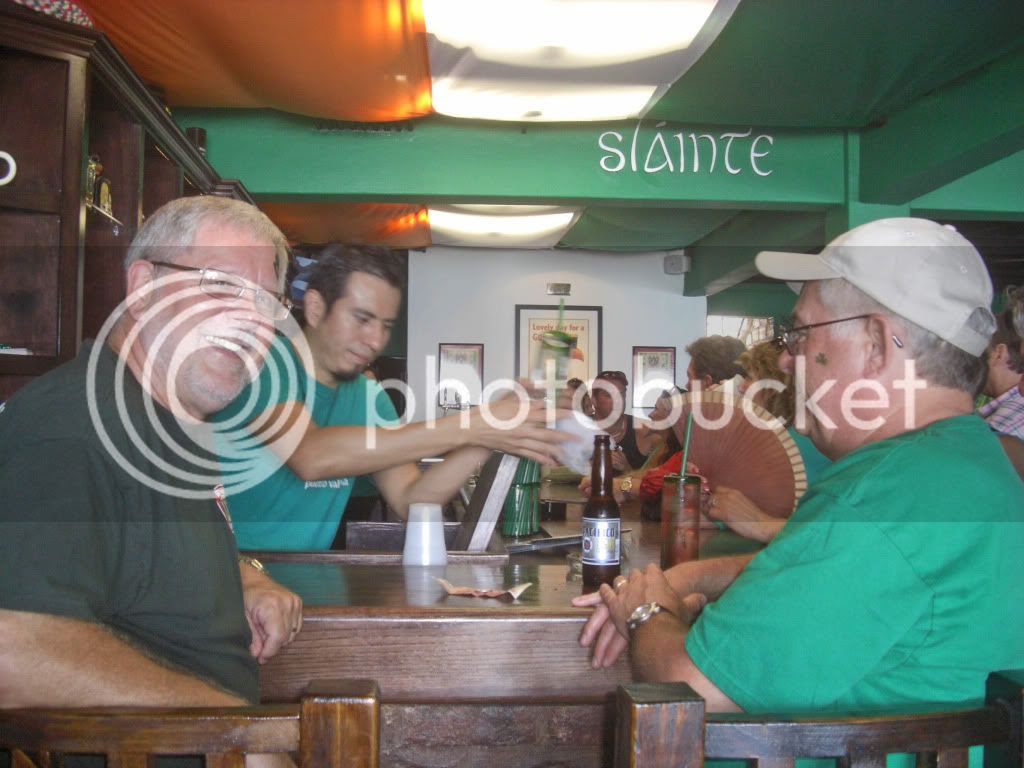 Paul always gets a bit nervous when Sharon breaks out her fans.  The rest of us just get excited.

Bella and Tom arrived without tattoos so Marcie leaped into action to change that. 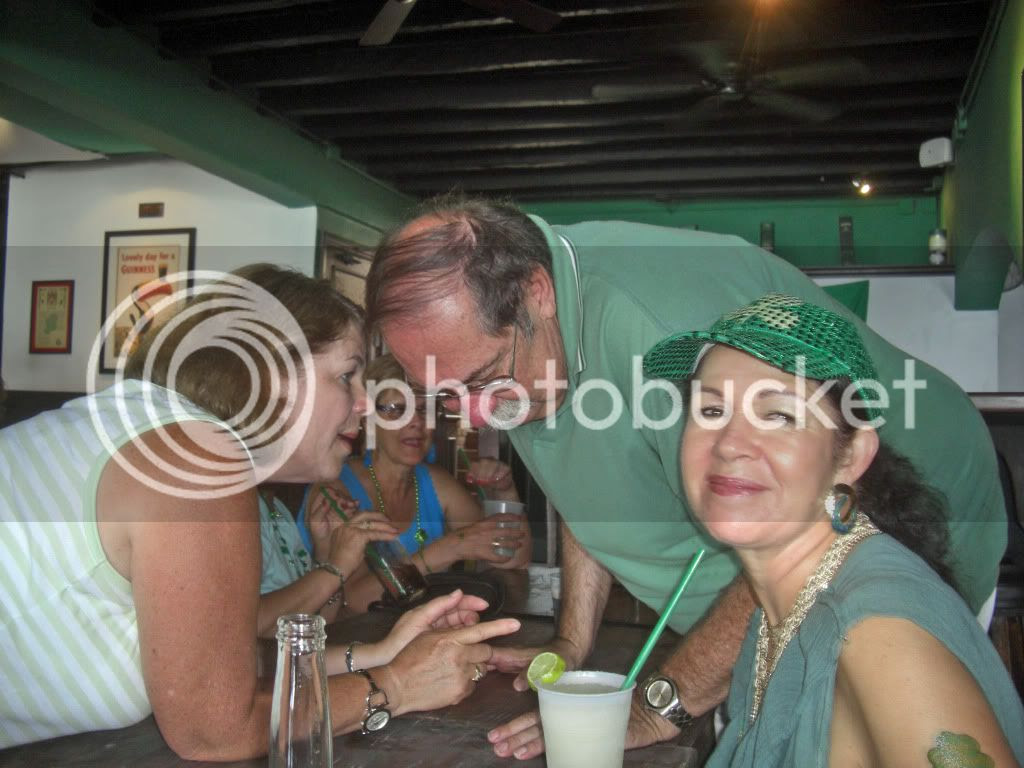 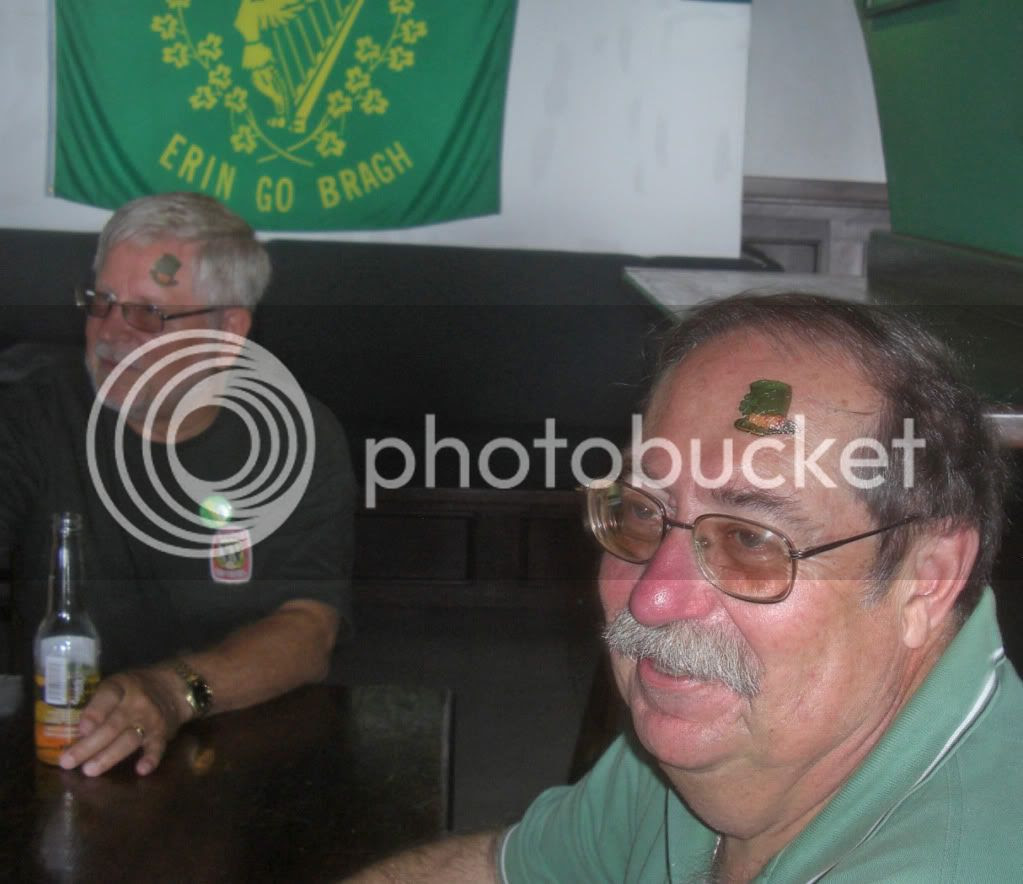 Meanwhile, Sandy and Rico continued to protect their little corner of the world. 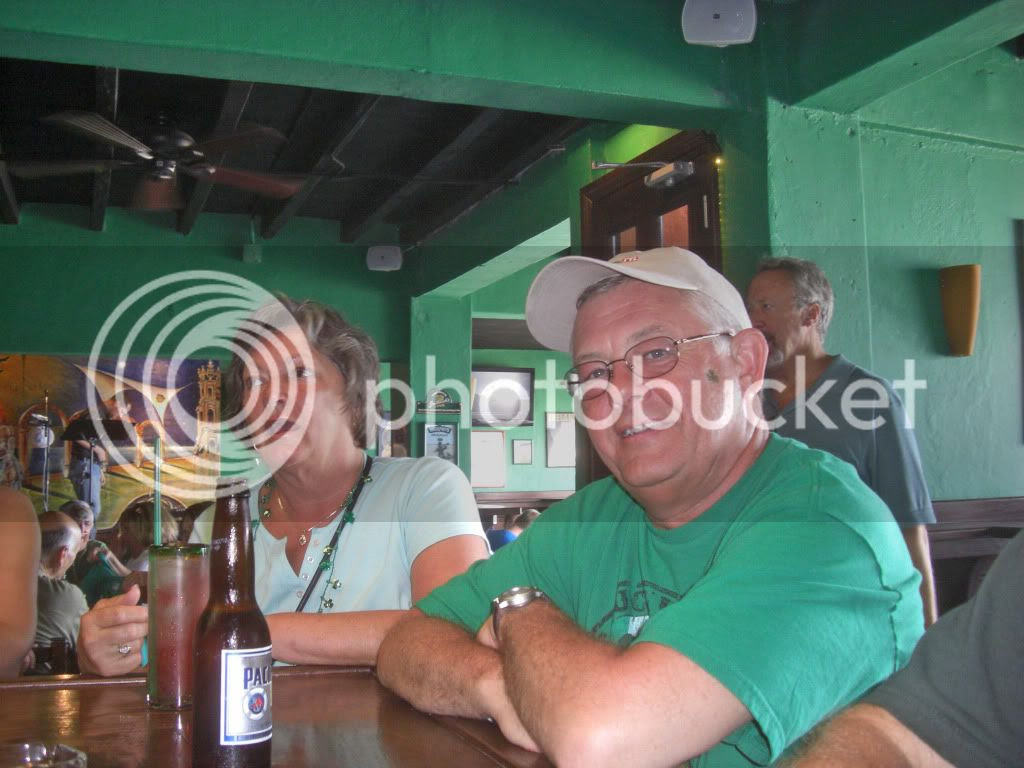 And Paul managed to get the fans away from Sharon, much to everyone's dismay.

Later, Honey, When We Are Alone In addition to the drinks, more Guinness for me, Murphy's Irish Pub also provided both live music and excellent grub. 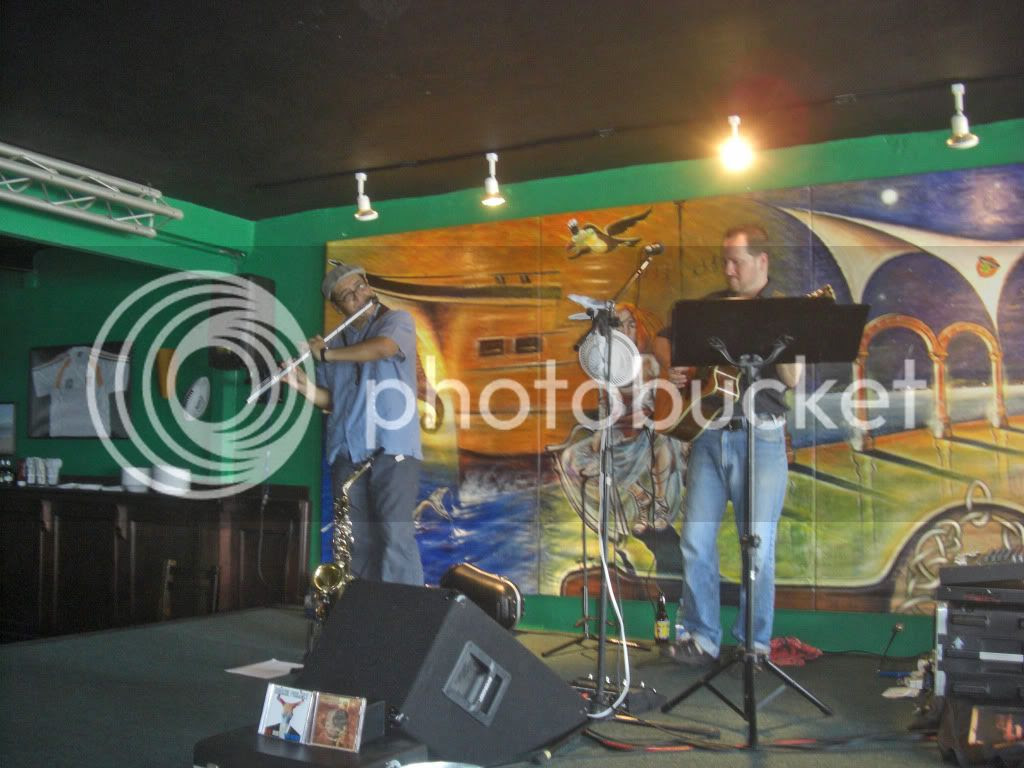 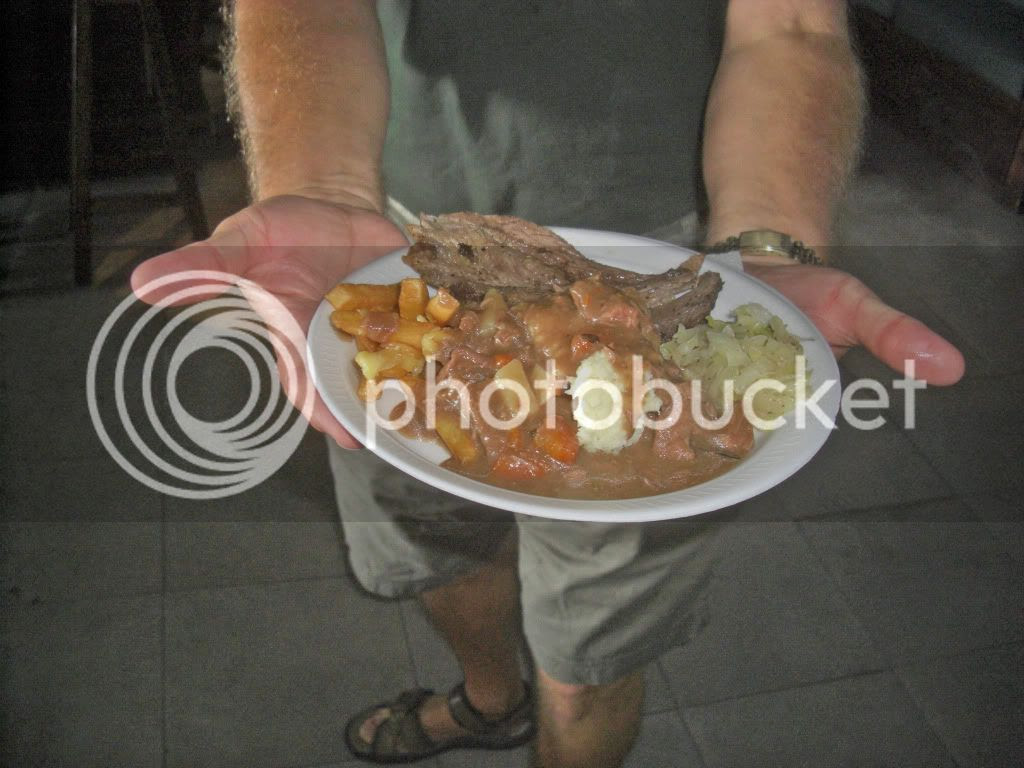 I am not sure what all they had to eat but I had roast beef, cabbage, and an excellent stew.  I think I missed the French fries, though.

Marcie Didn't Miss Them, Though How good was the food?  Well it was good enough to lure Sandy and Rico away from the bar, and that is good food indeed.

Now, This Is Some Stew 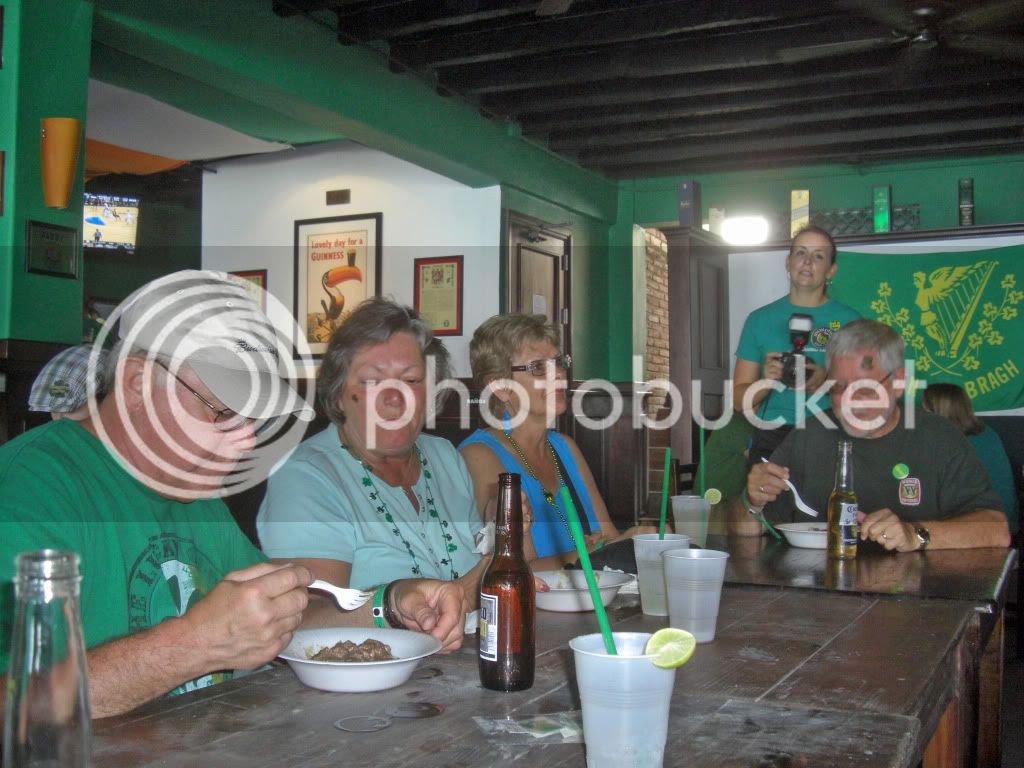 I was pleased to see that, Murphy's, obviously, an Irish Pub, supported my favorite football team.  And the second most popular football team in the world. 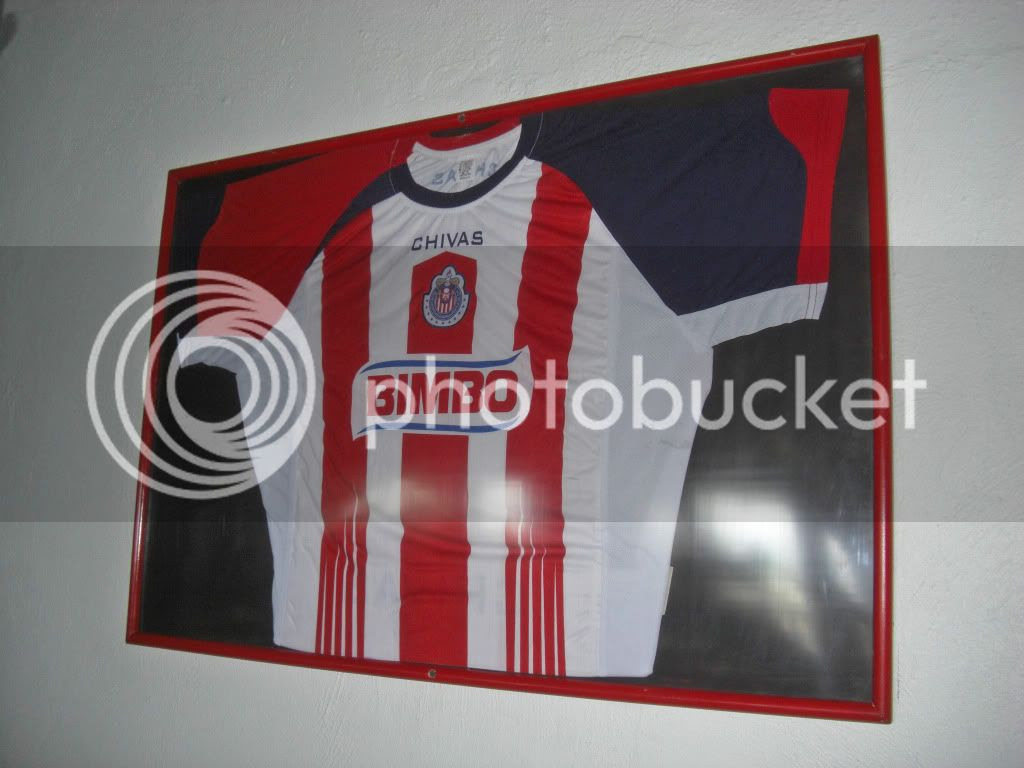 Being such a friendly group we soon added new members to the fold.  And, once again, after carefully writing down their names I managed to lose them.  However, I did give them my blog address, so maybe if they see this they can send them to me and I can update the information. 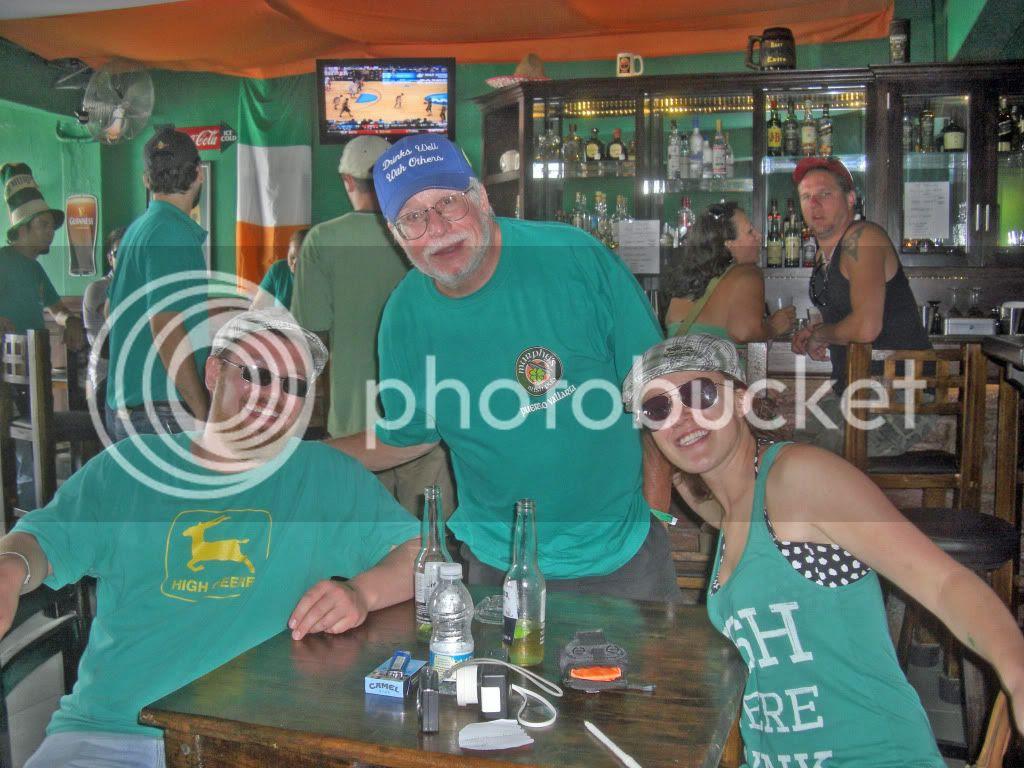 I finished up this part of the day by drinking my fourth Guinness Stout and sipping a Herraduro Reposado.

What A Way To Go 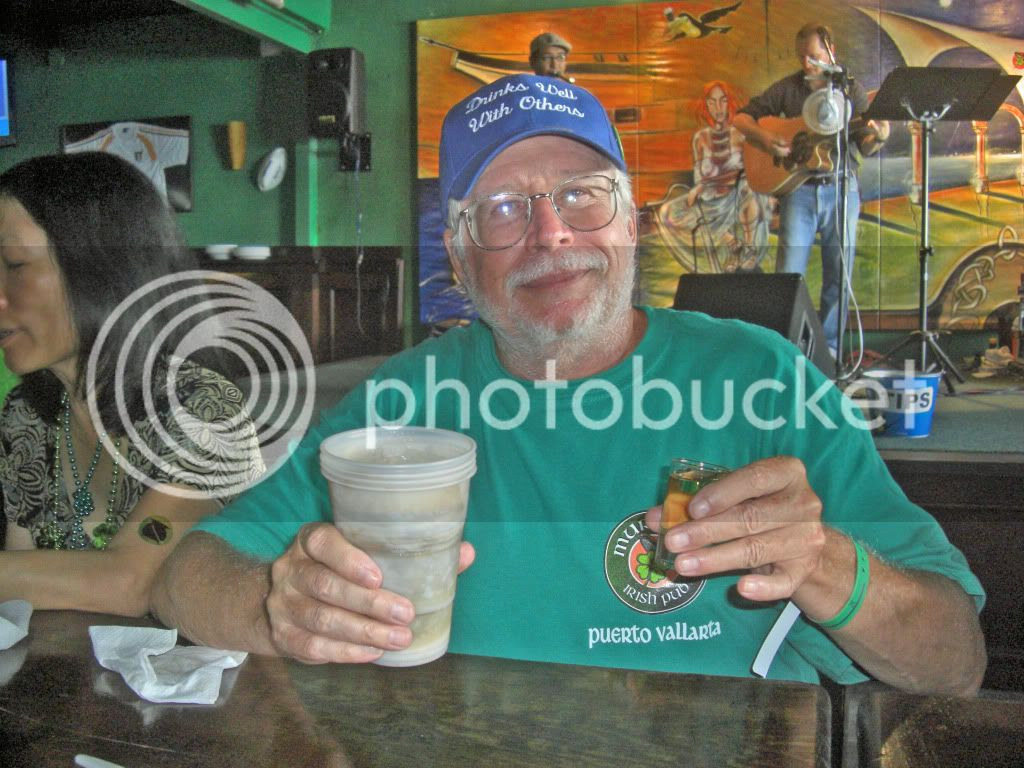 From here we ended up, well, let's just say there was a Rocky marathon, coffee drinks, Lemon-Drop Martinis and anti-acid tablets thrown into the mix before the day was over.

I can only hope that next year's events come close to this year's.