Not saying that the Vikings are going the way of the Knicks of old, or maybe I am.  At least the Knicks always got the names of their players spelled correctly on their jerseys.  For Sunday's game the Vikings mispelled Kevin William's last name on his jersey, spelling it WILLAIMS. 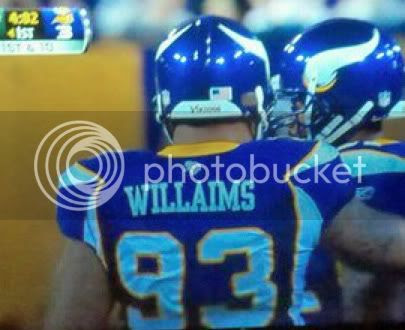 Well, to be fair, there are three players on the Vikings team with the last name of Williams and they did get Pat's and Madieu's last names spelled right.  And, as Meat Loaf once sang, "Two out of three ain't bad."

Meanwhile, my beloved Jets are farting rose-petals these days.  But what's with them playing on Thanksgiving.  That should only happen if they are playing either Detroit or Dallas.  Is nothing sacred anymore.  Well, yes, the almighty dollar.

On the bright side, the Jets are playing the Bengals, a team they really should trounce.  But I wouldn't put my money on them to beat the spread.  I will bet that all the player's names will be spelled correctly on their jersey's, though.

I wonder what a Kevin Willaims jersey would sell for if you could get your hands on one.  It would be kind of like that stamp with the upside down airplane, the 1918 "inverted Jenny." 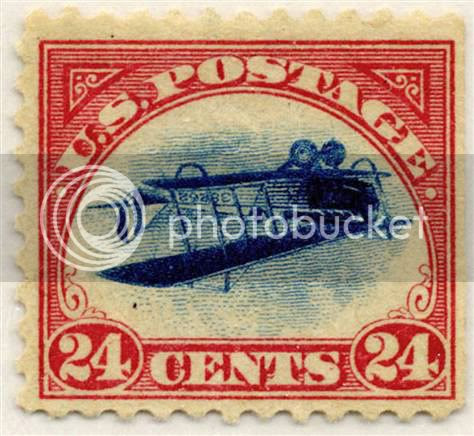 As long as we are on the subject of mispellings and mistakes, here is a bit of trivia for you.  In the game of Monopoly the properties are based upon locations in Atlantic City.  But Marvin Gardens is mispelled in the game.  It is really Marven Gardens and is named for two bordering communities, Margate City and Ventnor City  It is also the only property in the game that is not located in Atlantic City (there is also a Ventnor Avenue which lies partially within Atlantic City).

The mispelling was carried over to the title of a mighty fine movie starring Jack Nicholson, Bruce Dern and Ellen Burstyn: "The King Of Marvin Gardens." But, to be fair, the movie was referencing the boardgame so I guess the mispelling was actually not a mispelling. 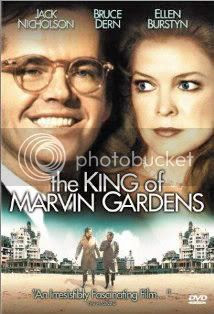 Jason Staebler:
You notice how it's Monopoly out there? Remember Boardwalk, Park Place, Marvin Gardens?

Now aren't you glad you read this blog on a regular basis?
Posted by Bar Man at 6:06 PM

I live on Park Place in Flossmoor, Illinois. The corner street is Central Park Avenue.