Okay, that is a metaphorical return, as in I am returning to the subject of Pig Island in this post.

After a scintillating discussion with the Mysterious Chinese Woman on the liklihood of contracting a disease by using a kleenex that you carried in the same pocket as your loose change (we tend to have scintillating discussions) I thought it best to retreat to my technology center and work on my blog.  After I harvested my wheat and fed my chickens on my Frontierville Homestead, of course.

There were certainly a lot of people showing off their wares, and most of it was pretty darn good.

Joe Doe had jars of pickled stuff that reminded me of the bars up in Northern Minnesota and Wisconsin.  Pickled eggs, turkey gizzards and hotdogs are big in those necks of the woods.  I talked to the head Joe Doe and he said he thought the turkey gizzards were a great idea and that he would put up a batch of them so they would be ready for Thanksgiving. 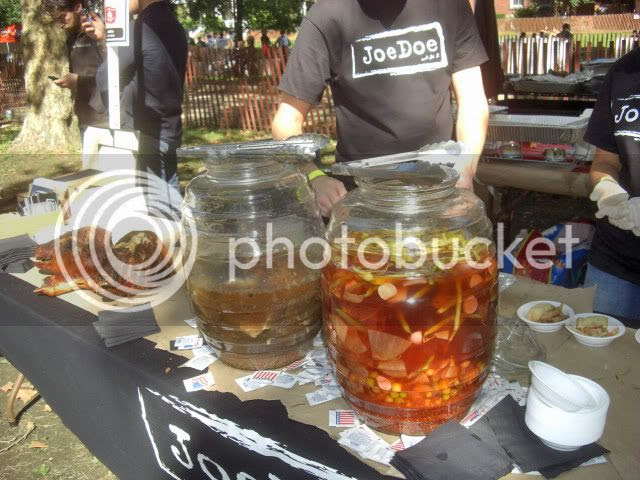 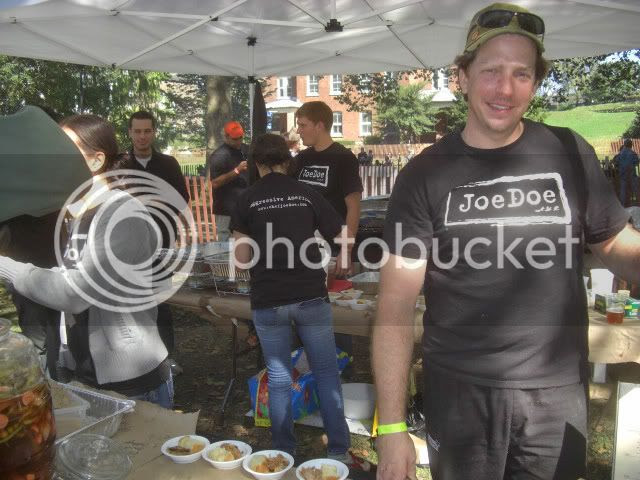 As I was standing in the line waiting for the gates to open I spotted this wooden device for roasting a pig.  I seem to recall that these are popular in Cuba or somewhere like that and have often thought it would be neat to buy one and do a whole pig.


You stick the pig in the box and then you put the coals on a grid on top.

No Muss, No Fuss 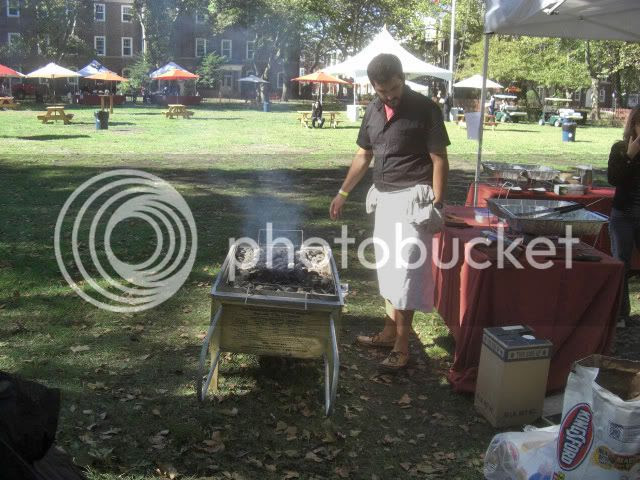 Sadly, by the time I got back to this place the little piggy had already left so I never got a picture of him nestled snugly and cooked up nice and crispy.

The Pig Has Left The Box 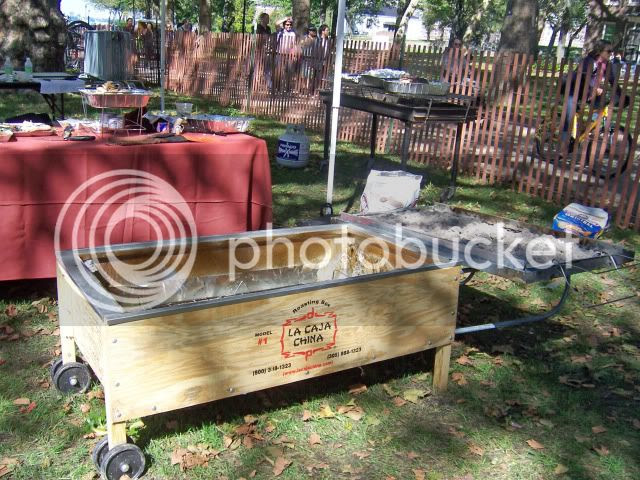 If I got this straight, I think the pig in the box was used to make an Asian pork soup of some kind. 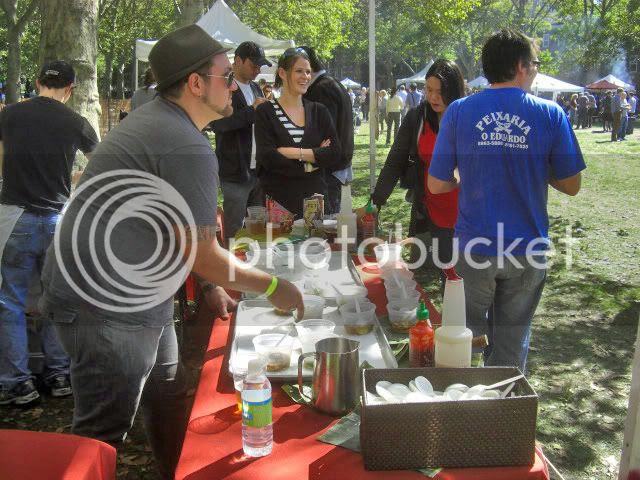 One Pig Goes In, Many Bowls Of Soup Come Out 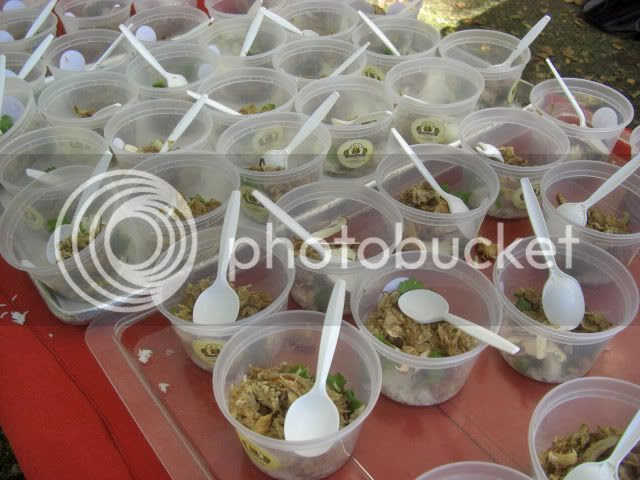 There was pig prepared in just about any way you could think and this stand advertised that their sausage was made with every part of the pig.

Not Sure If That Is Good Or Not 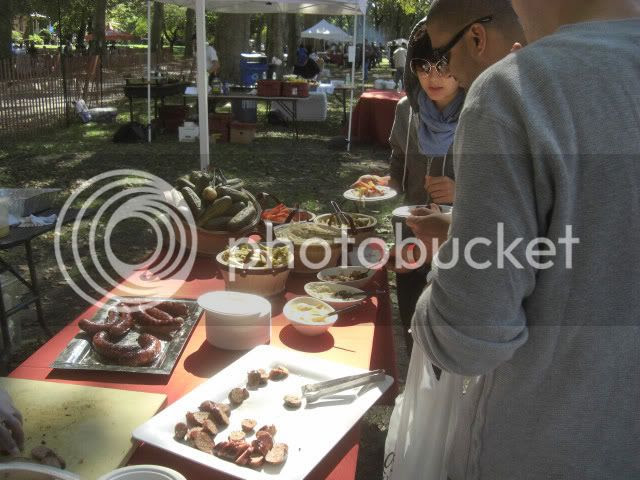 Eventually the Mysterious Chinese Woman had to take a break from all the pork and beer so she headed to something healthy.

Have You No Shame? 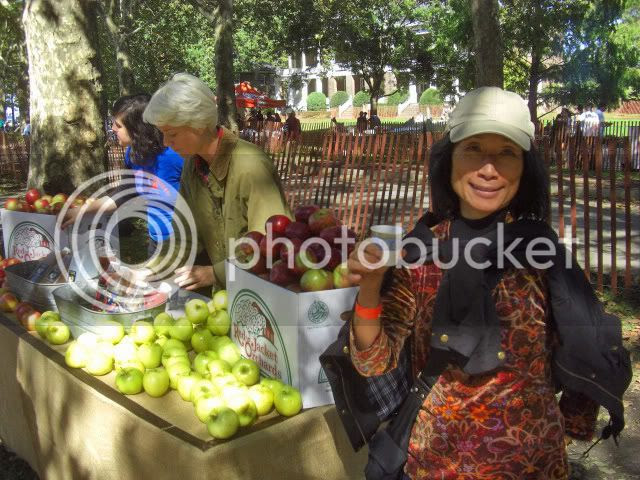 But soon it was time to say good-bye to Pig Island so I stopped by to say "So long" to Sam.  He must have had a busy day because pig heads were accumulating.

Good For Business, Bad For Pigs 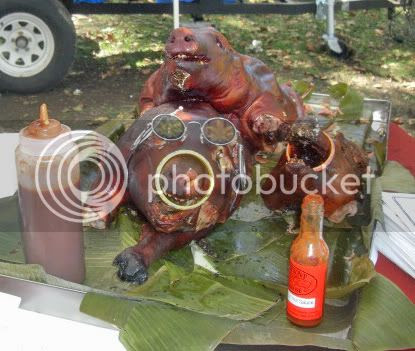 Ah, it was a lovely afternoon as we got off the boat and headed home.

Walking Through The Park 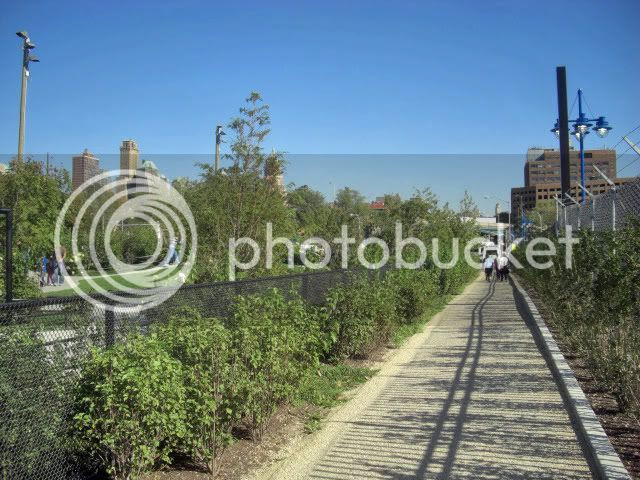 Of course, there was one more stop that we had to make before heading home and, as I suggested, many of you probably already guessed where that might be.

You Can Only Hope To Contain Her 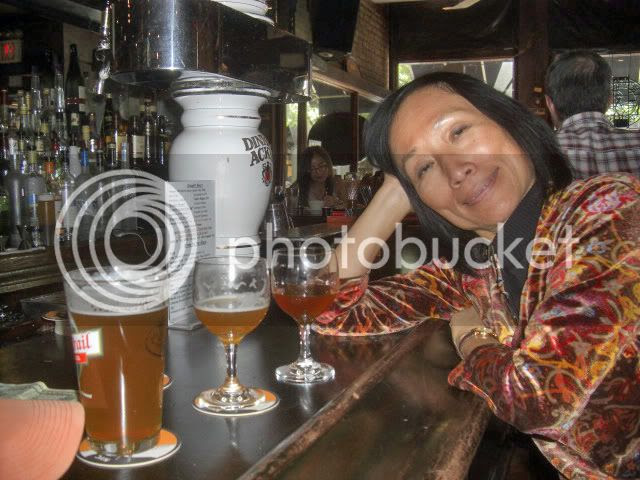 And, eventually, we did make it home.  And agreed that it was a mighty fine day well spent.  And we were kind of spent as well.
Posted by Bar Man at 11:18 AM

Yep, just on vacation. Didn't see your comment earlier. Should be back in Brooklyn next Wednesday.