Today is the Atlantic Antic, and I will say no more about it until tomorrow when I will have pictures.  But yesterday my friends Allen and  D.J. were in town and we did a mini bar crawl along Atlantic Avenue.  Too much drinking to take many picture, but I got a few.

I met them at the Waterfront Ale House and we dumped down a few beers there and chatted with Gaid, the World's Friendliest Bartender, and Sam, the owner.  Then we headed down the street to Montero's.  The big excitement there was that Lady Gaga had been shopping at a store just down the block.  Pity that I missed her.  If she had stopped into Montero's she may have found inspirattion for another video. 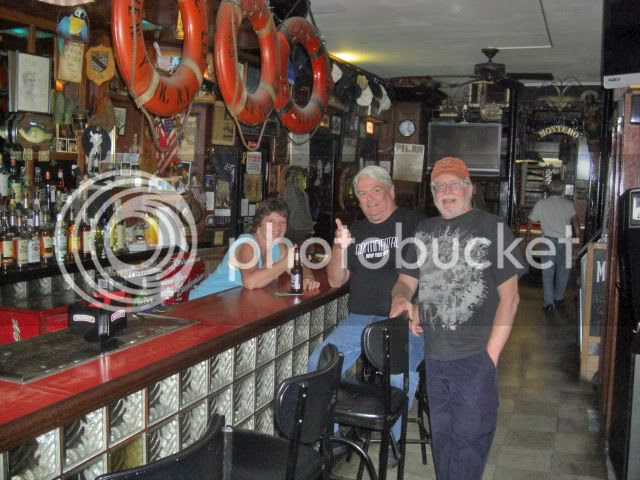 Allen had a new iPhone and, like so many others, found this to be more interesting than actual humans. 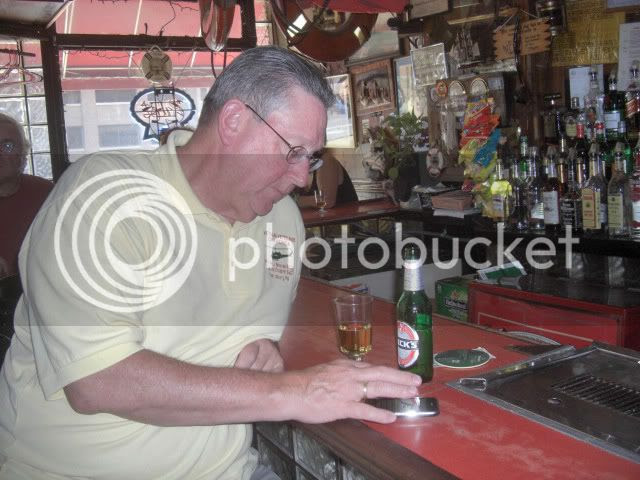 He did find the museum like quality of Montero's to be interesting, however. 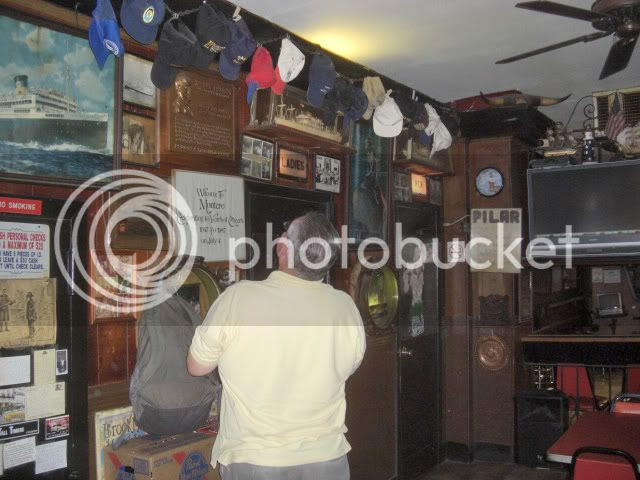 From there we ambled across the street to Last Exit, where the Waterfront Ale House used to be located.  It wasn't open yet so we ambled back across the stree to a fairly new place, Roebling Inn.  I would enlighten you about the connection of Roebling to Brooklyn (heh, connection, that is a hint) but I am trying to sober up for the Atlantic Antic.  A bit of Pernod and orange juice along with some over-the-counter medication that I bought in Germany seems to have helped. 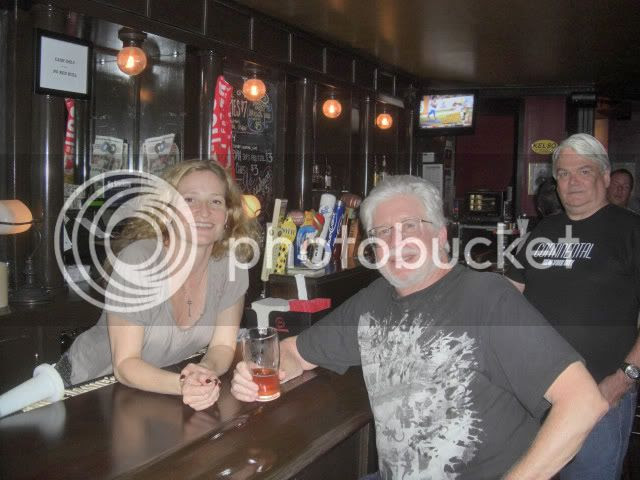 From there we headed to Hank's Saloon, but by this time I had lost all focus and was no longer taking pictures.  The last one for the day was when, gratefully, I was getting out of the subway by my place.  Yes, Bar Man was too intoxicated to walk home from Hank's.  Well, perhaps I could have, but Allen and D.J. were both taking the subway too and I kind of showed them the way. 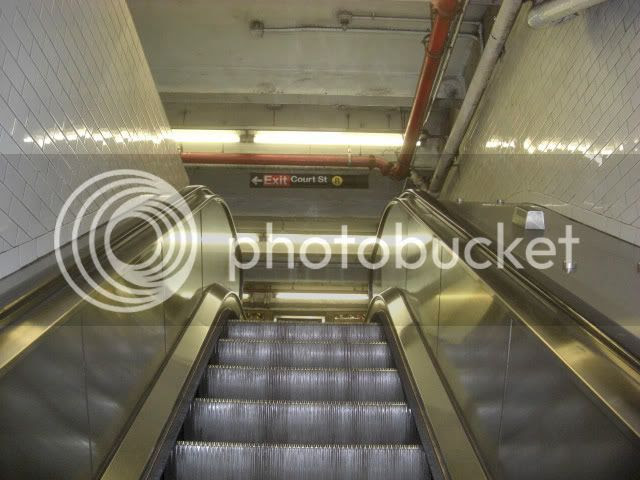 But I didn't go home.  I stopped into Queen, ordered a Rob Roy (a Manhattan made with Scotch) and called the Mysterious Chinese Woman to invite her to join me for dinner.  I had the clams and linquini with red sauce, absolutely fabulous.  She had it as well and we had a wonderful time until she said we should talk about astronomy and I thought she said astrology and then, well, we were asked to leave.

Ha Ha, not really.  Well, part of it was, the astronomy astrology misconnect was true, but we left of our own accord.

I bought a shirt in Berlin that I want to wear today, but the Mysterious Chinese Woman is giving me static and says it isn't appropriate.

I Don't Know Why 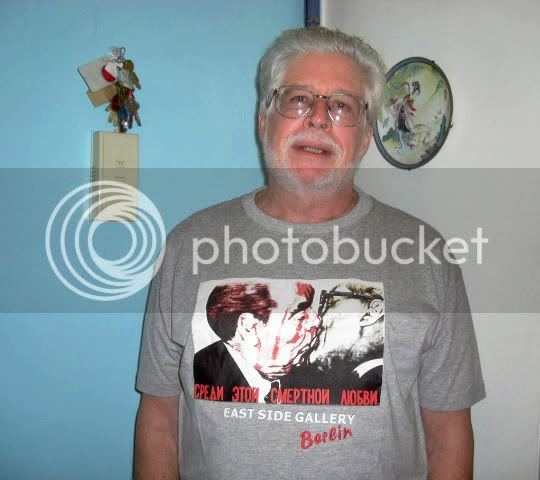 I told her it was reminiscent of the Military Kiss statue in Prague (in Military Kiss park) that celebrates the Russians liberating Czechoslovakia from Germany in World War II. 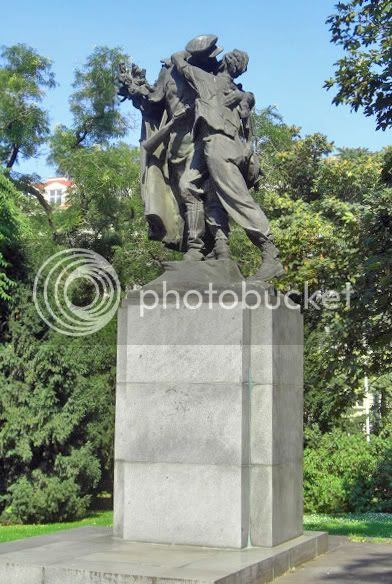 You may notice that the Russian soldier is taller than the more submissive Czech soldier. Ah, politics.  Actually, though, that statue excites me in mysterious ways.  I think of Marlon Brando and Danny Kaye for some unholy reason.  Mr. Peepers would probably be more appropriate.

Anyway, that is it for yesterday, let's see what today brings.
Posted by Bar Man at 8:40 AM