Yesterday I posted about how I probably wouldn't be going to the Mermaid Parade at Coney Island this Saturday beause the boardwalk is so torn up and the place looks so grungy.  I guess I am not the only one to notice this because today's New York Daily News had a column headed BOARDWALK TRASHED.

It seems that because the Boardwalk is so torn up that half of it is closed, trash cans have been removed to relieve congestion on the half that is still open.  In the words of Diana Taft-Shumate, who does promotions for Ruby's Bar and Grill, "It almost looks like a tornado hit the Boardwalk.  It's really gross."

Only in New York can you turn a Boardwalk that recently won top honors in Travel & Leisure magazine's list of best boardwalks into a trash heap by removing trash cans.  And just in time for summer.  Perfect timing.

Just In Time For Summer 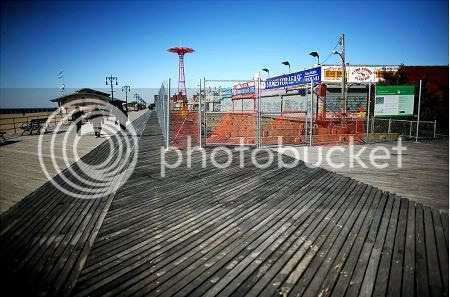 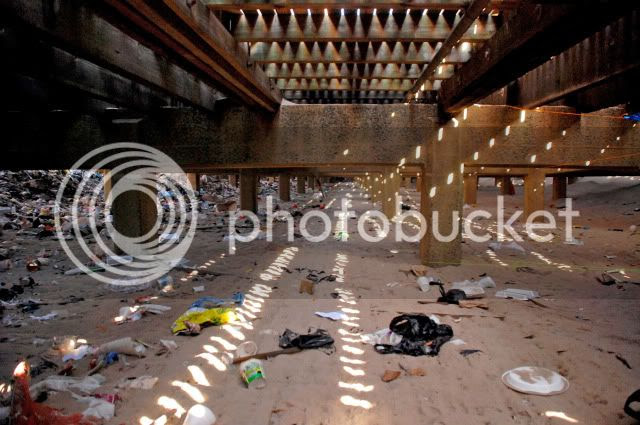 You may have heard that Ozzy Osbourne has been asked to donate a sample of his blood to Knome, a research company that is going to map out his genetic code in an attempt to figure out how he survived all those years of abusing drugs and alcohol.  What you may not know is that they asked Ozzy only after I turned them down.
Posted by Bar Man at 7:31 AM

OMG! I know they closed Coney Island a few years ago but I didn't imagine that it would look like that. Coney Island is a brooklyn landmark, someone needs to look after it. I miss NYC.