It was a beautiful day for the Atlantic Antic, sunny and warm. As usual I had a bunch of people over to hook up and have a beer or two before heading out. Well, to be honest, most people just had coffee. But I wasn't the only one to have a beer or two, let me make that perfectly clear. 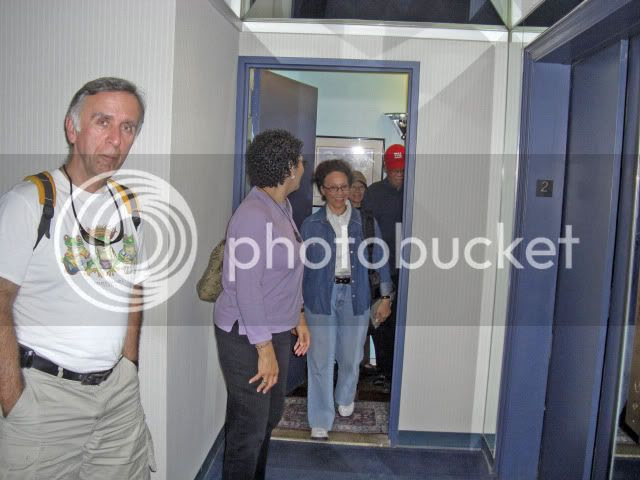 As usual, we only stuck together for a couple of blocks and then three of us kind of split off.

Together At Last, And The Last Time 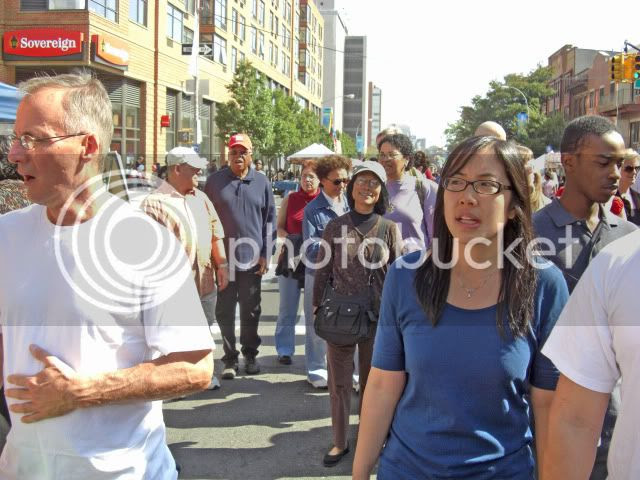 The three of us, John, Bob and I, headed towards Pete's Waterfront Ale House to get a pulled pork sandwich and a beer. There was a band out front, but not Dmitri. 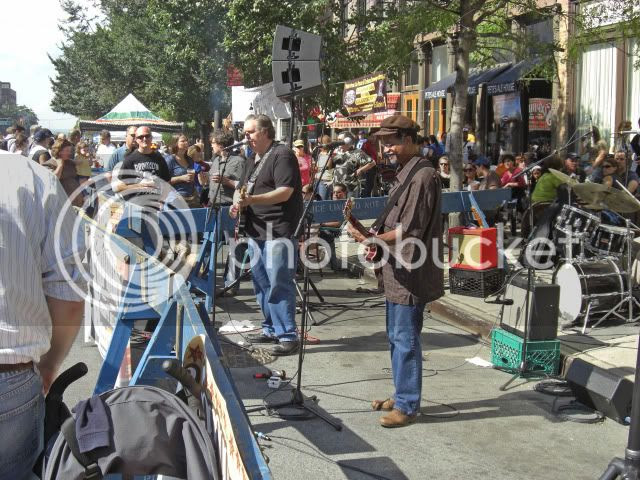 There was a long line for the food, as expected. Luckily, Barman knew the secret.

Lining Up For The Food 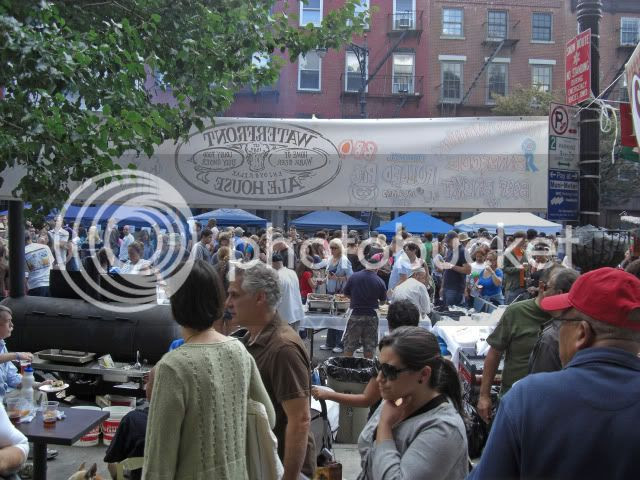 The trick is to just head inside where there was comfortable seating available.

Better Than Standing In Line 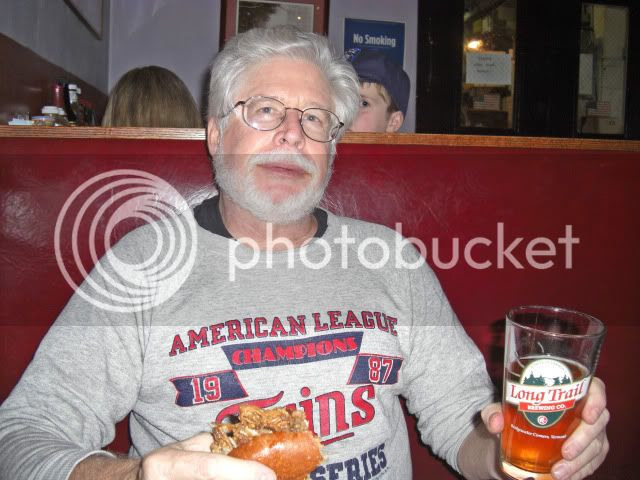 From here Bob and I headed toward's Montero's, a bit of a ritual. John somehow got separated from us when I went across the street to take a few pictures. He hooked up with the other group so it was just Bob and me.

Some sights along the way. 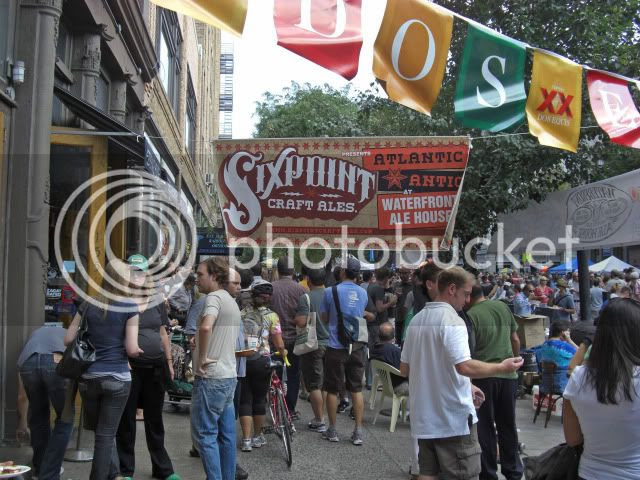 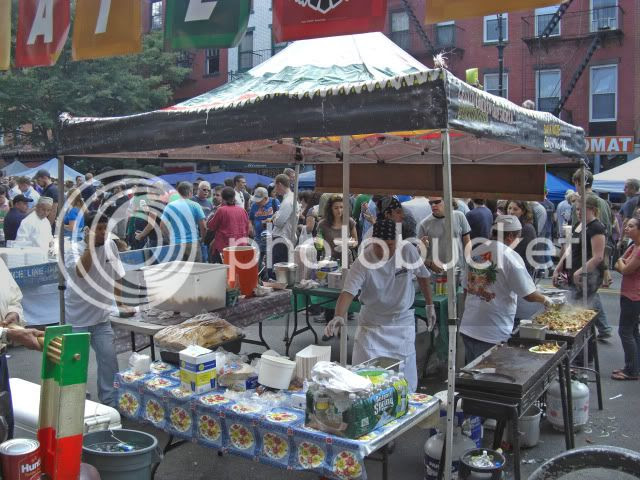 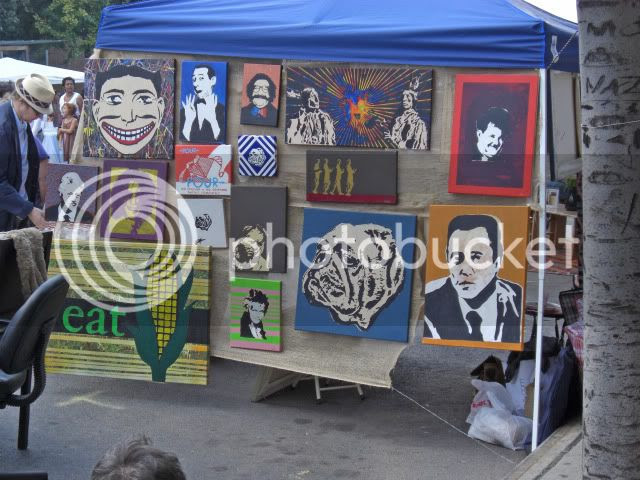 This is what I ran across the street to photograph. This, John, is where we lost you. 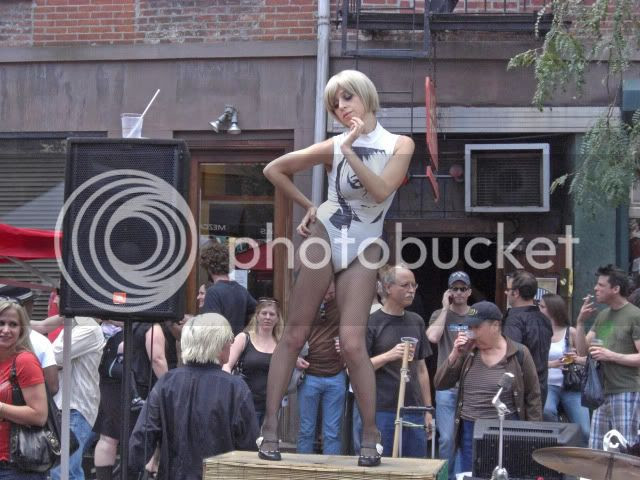 Montero's was pretty crowded even though it is, technically, not a part of the Atlantic Antic. 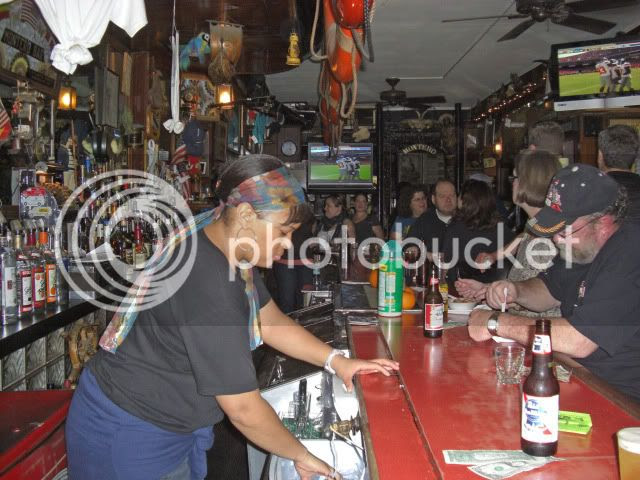 Barman and Bob Settling A Bit 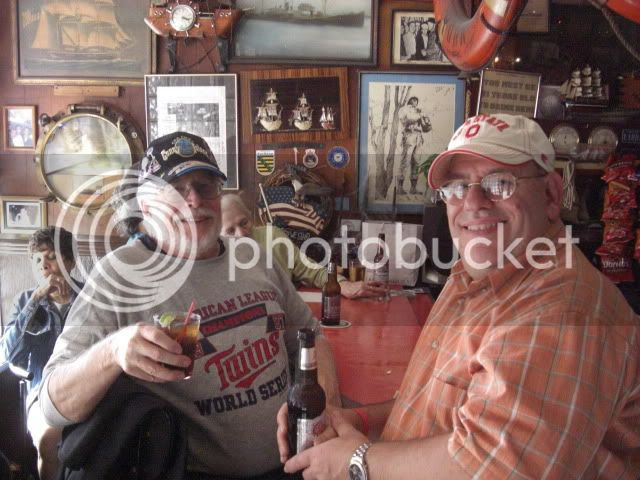 You can see Pilar in the back sitting at her usual place at the bar having her customary glass of white wine.

While not technically a part of the Atlantic Antic, a bit of the festival did manage to sneak into the bar.

Who Let That Hat In Here? 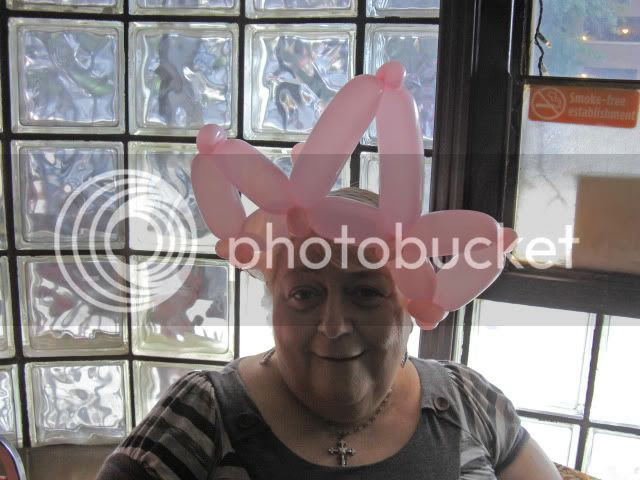 From Montero's Bob and I headed to another favorite haunt of mine, The Brazen Head.

And more sights on the way. 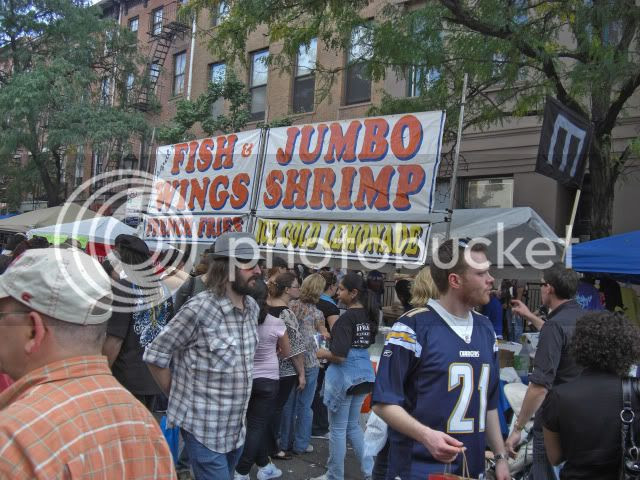 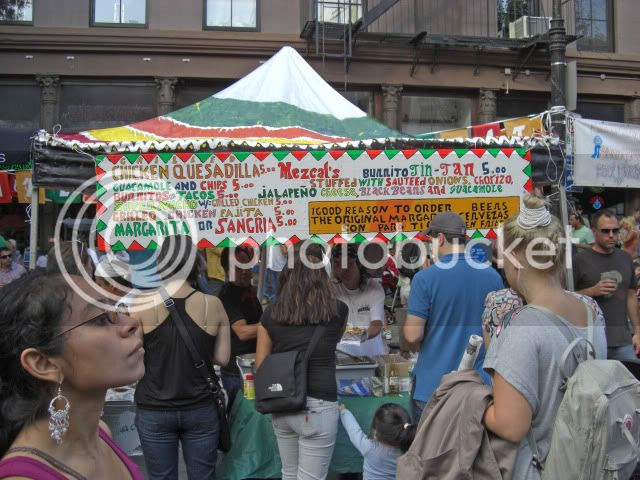 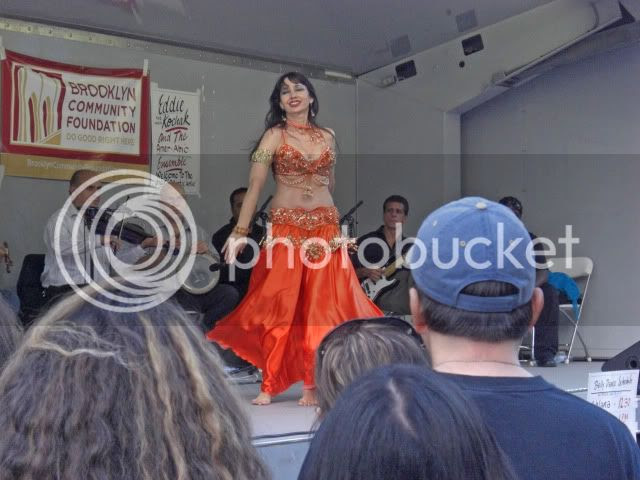 Dmitri Did Show Up 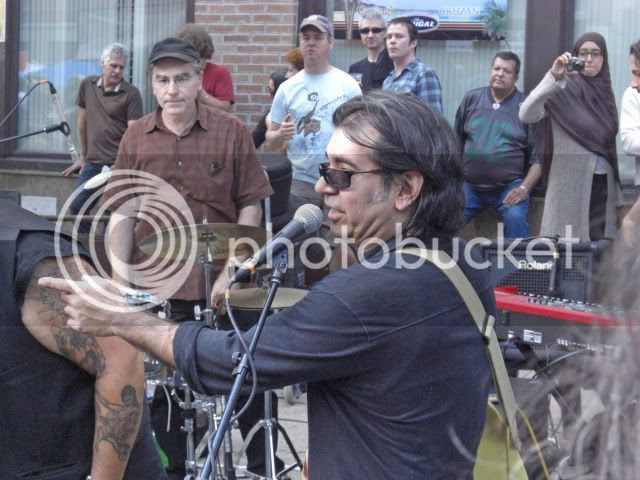 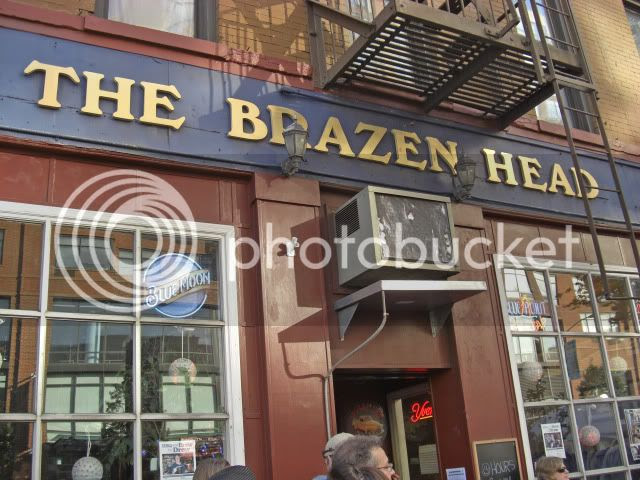 Nice Crowd In Here Too 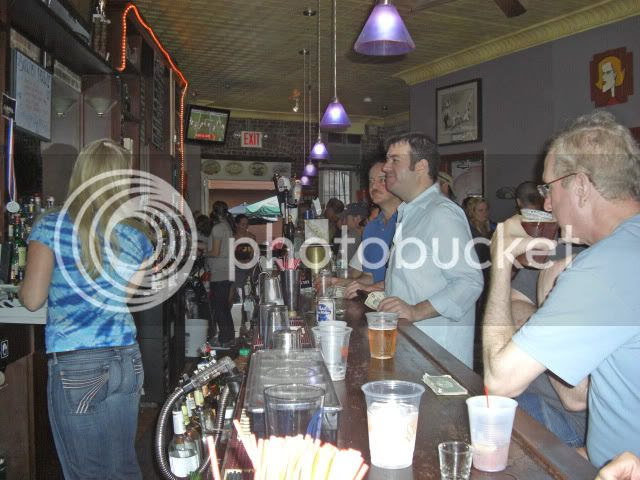 Eventually everyone kind of hooked up and we started to go our separate ways as the fair began to wind down. 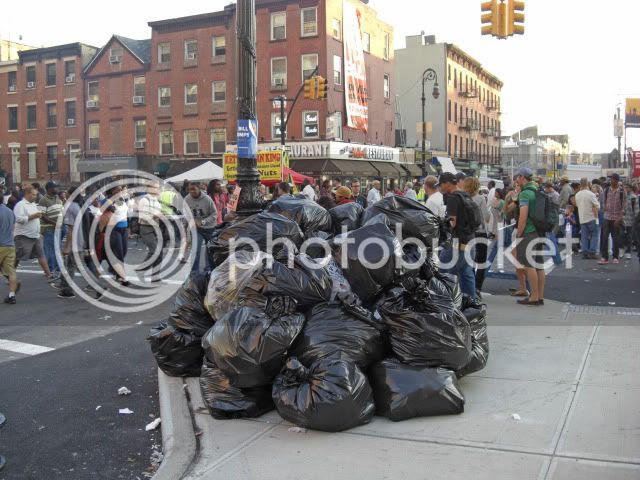 Bob, his wife, The Lovely Loretta, The Mysterious Chinese Woman and I headed back to my place where we watched the Jets game up until half-time and then headed out for dinner. I will post about that tomorrow.

Oh yeah, both the Twins and the Tigers won their games so tomorrow will be the one-game playoff for all the marbles. That should be fun. Tonight I, along with millions of others, will be watching that Vikings and Packers matchup. Lot's of conflict there, being a Viking fan and naturally wanting to see them beat the hated Packers and then pretty much hating Favre. Oh well. My brother-in-law Jim is coming over, maybe he can help me sort it out. But then he is a Giants fan, so I probably won't listen to him.
Posted by Bar Man at 6:09 PM