Headed out to a Staten Island Yankees game on Staten Island last Friday. The day had been fairly clear and I didn't pay attention to the evening's forecast. Not that it would have made any difference, I am a glutton for punishment.

It is funny how some subway stations in New York, most actually, are real pits. Dark, garbage strewn, rat infested, paint peeling pits. And then some, like the one by the Staten Island Ferry are really nice. Almost as nice as the ones you see in Paris and Rome. And they recently redid the Staten Island Ferry Teminal too, so it is also quite nice. On this day they even had a little green market going.

You Can Shop On The Way Home 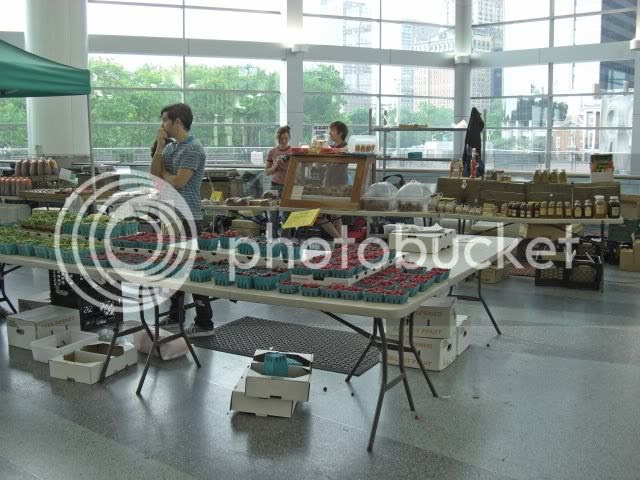 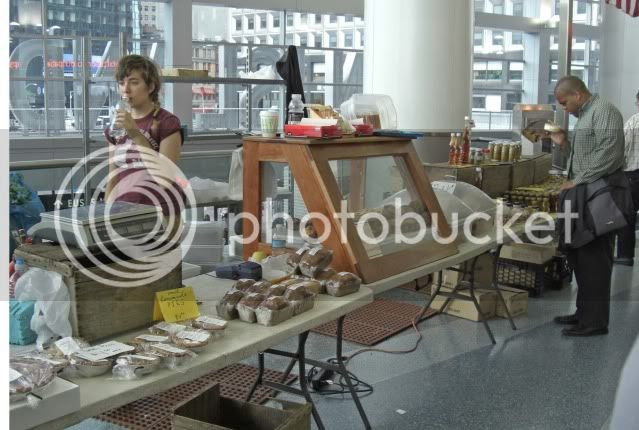 And, after a short wait, our transportation arrived. There is plenty of room, but of course everyone either wants to sit outside or get in line for a beer. 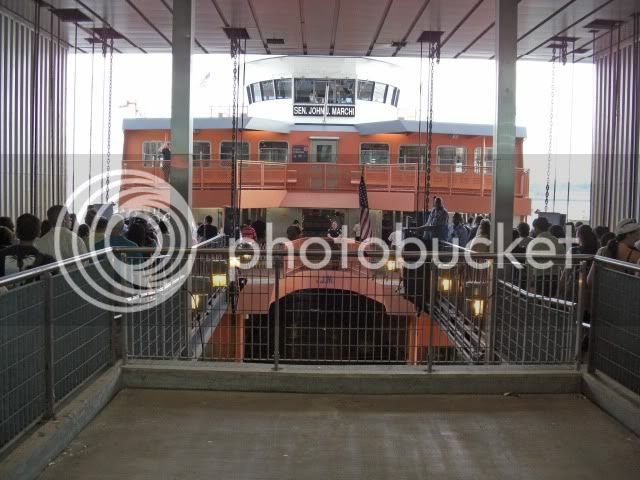 A Day Trip On The Bay 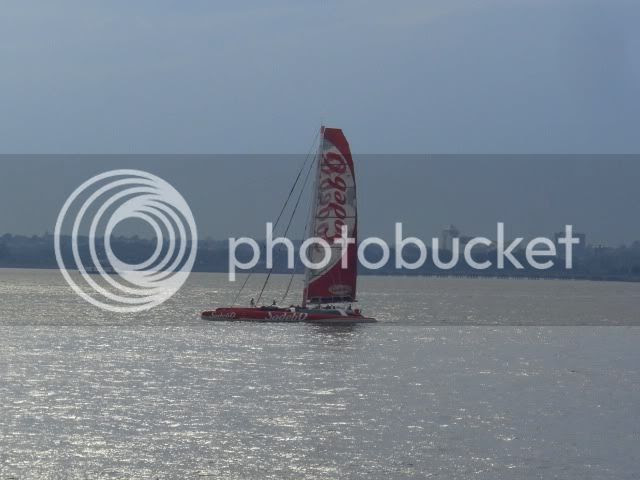 And a lovely view of Manhattan, but with a few fluffy clouds rolling in. 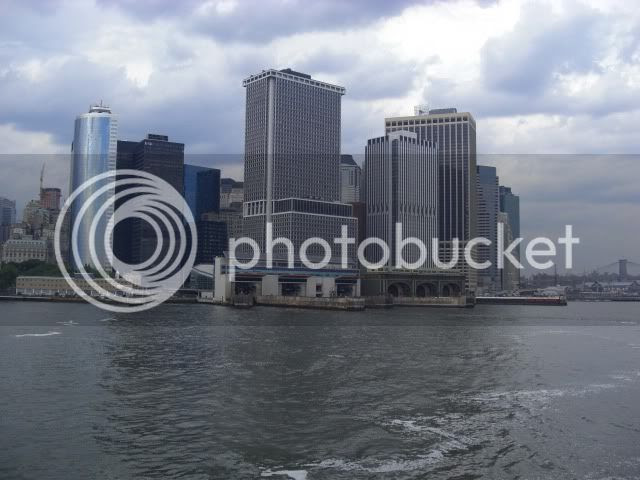 We got to within about fifty yards of the stadium and the gentle breeze turned into a howling gale. Caps were flying, a mini-dust storm came up, and everyone started running. We managed to make it inside and under cover just before the deluge.

The Storm Rolls In 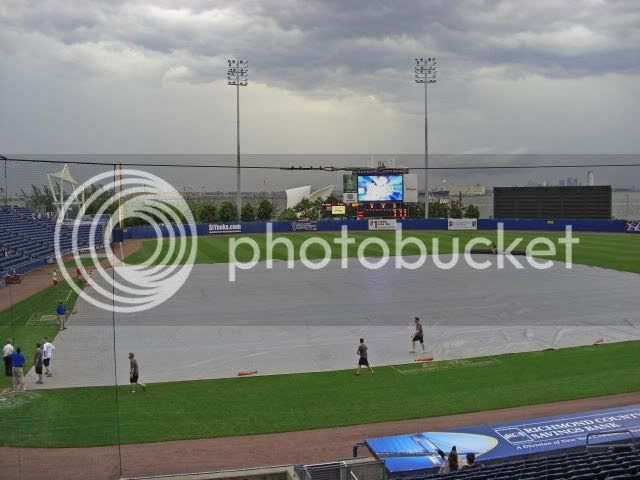 No surprise, there was a rain delay. 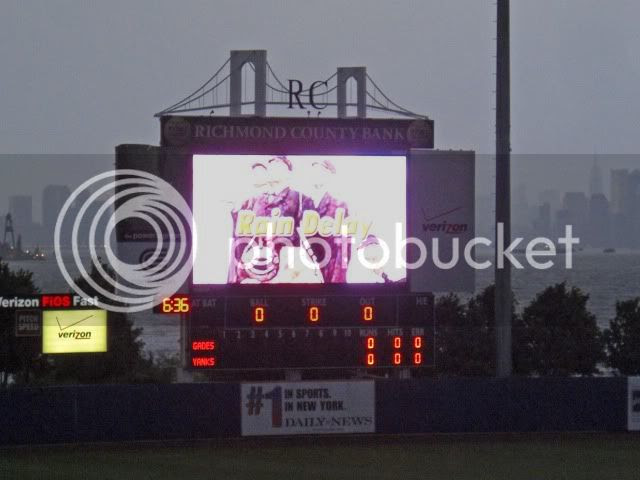 It wasn't as though there wasn't entertainment though. We got to watch the ground crew covering and uncovering the field, and fighting the gusting winds while doing it 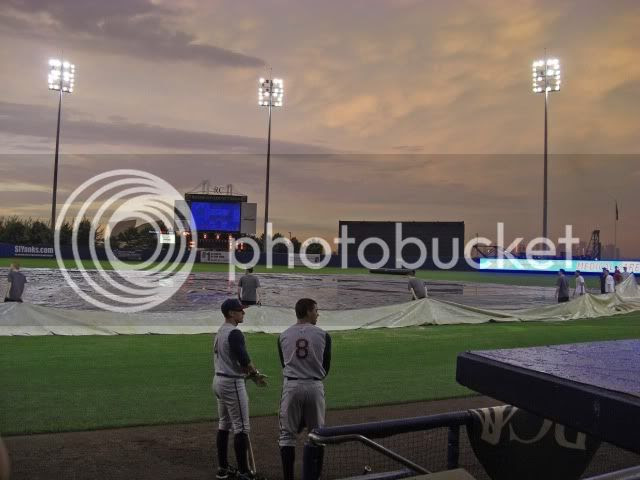 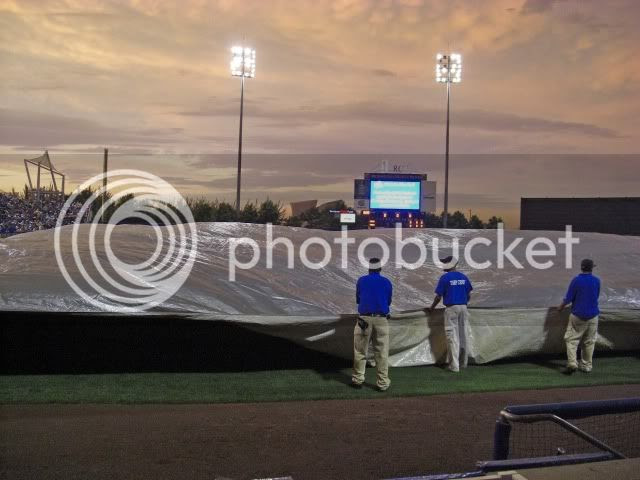 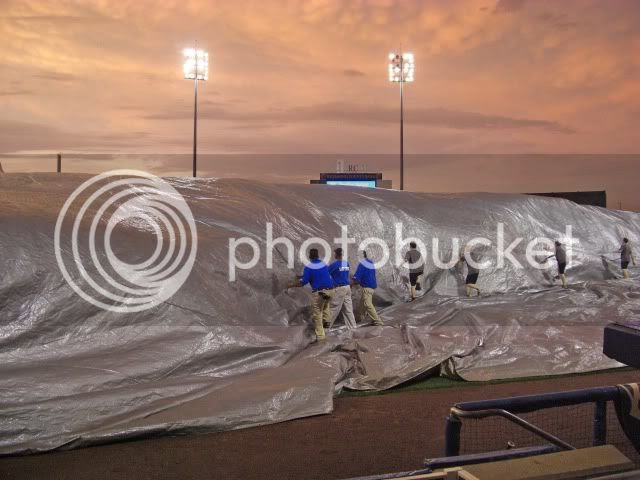 We have excellent seats, right behind the visitor's dugout on the firstbase line. But, alas, the Yankees farm club is pretty sad. They were 1 and 5 going in and 1 in 6 going out. It isn't too often that you see ballclub whose lead-off batter sports a .059 batting average. And they made errors a decent softball team wouldn't make. Generous scorekeepers somehow kept the number of official errors to a respectable number, though.

On the other hand, the plan that I have, courtesy of my brother-in-law Joe, is for six games at only $15 per game. And free hotdogs, hamburgers, grilled chicken and softdrinks through the seventh inning, and you can go back as often as you want. The hotdogs were just okay but the hamburgers and grilled chicken were really good. The beer, and decent beers too, are a reasonable $5.25. I had a couple of Sam Adams Summer brews and a Blue Moon. And you get a free ticket for a real Yankees game too incluced in the package as well.

We stuck it out until the end of the game, a bit past midnight, and watched the Saturday morning fireworks.

Bringing In A New Day 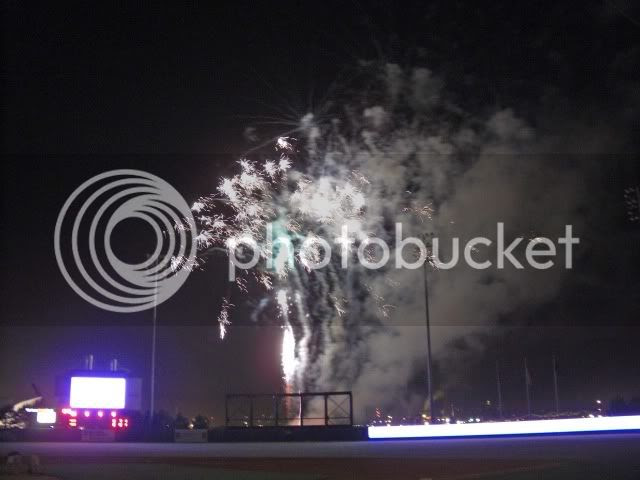 Luckily, the Staten Island Ferry runs all night long so we caught the 1:00 A.M. ferry back and then caught the N train after a fairly long wait. We finally made it home about 2:30 A.M.

Tuesday I will be going out to Coney Island to see my team, the Cyclones. They will be playing the same team the Staten Island Yankees (real clever name) played; the Hudson Valley Rebels. The Cyclones started off their season winning 2 from the Staten Island Yankees, doing much better than their big brothers did against the real Yankees in their recent subway series. They lost the first two game in this, the second three game subway series and have been outscored 29 to 1 during the last three games against the Yankees.
Posted by Bar Man at 7:38 AM

Regardless of the weather, simply the most fun blog on the web.

Thanks, I am glad you enjoy it. I have fun writing it, and it helps me actually remember stuff that I do. And some of the stuff I do, I need help remembering it.