Another Day At The Greek Festival

Finally we got a nice sunny day here in Brooklyn. The other day I passed by the priest of the Greek Orthodox Church and told him he should do something about the rain. He said the congregation was sending petitions like mad. It seems like it worked. Next time I see him I think I will ask him what he can do about the parking situation.

A Sunny Day Brings The Crowd Out 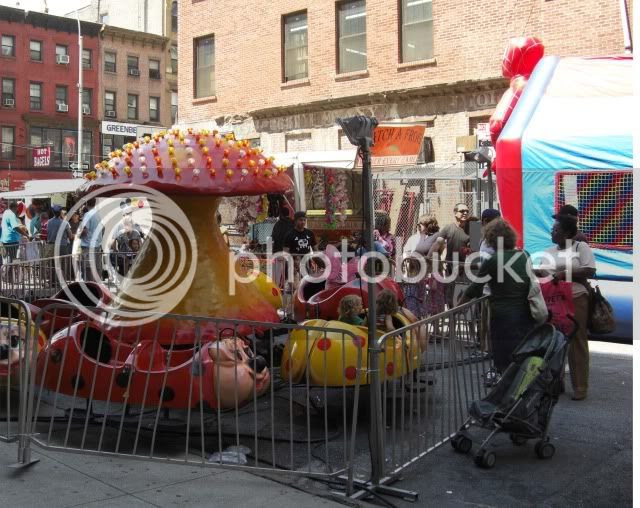 Of course even on a sunny day there is a lot of shade most of the time. One of the things about living in a city with narrow streets and tall buildings. 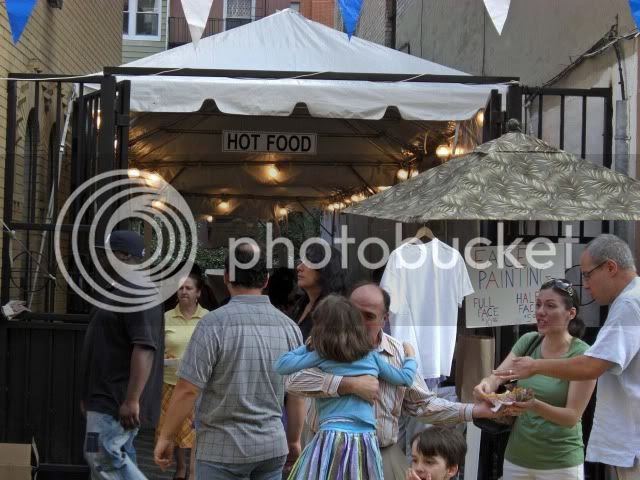 But the crowd didn't seem to mind. You get good value for your money here when it comes to the food, and the food is really good. You can get a lot of homemade specialties too, prepared with loving care by the more elderly female church members. Stuff like my grandmother might have prepared if she was Greek and not Norweigan.

Preparing To Chow Down 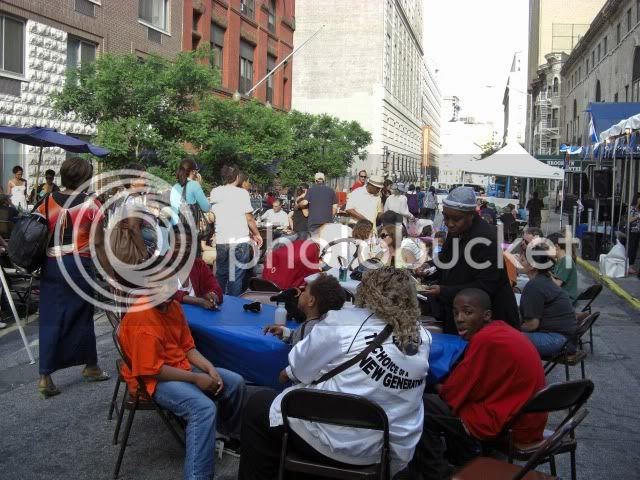 And plenty of games of chance if you are inclined try your luck. 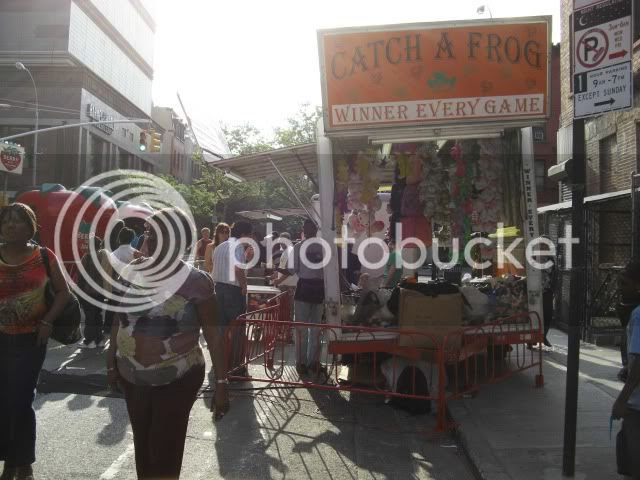 And little rides for the kids. 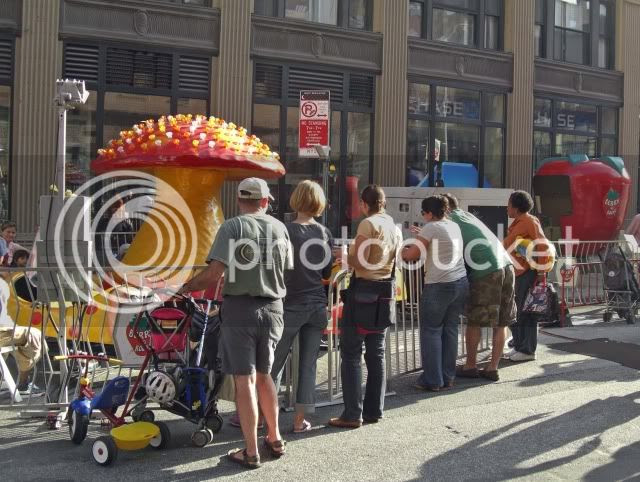 Oh, and did I mention games of chance? 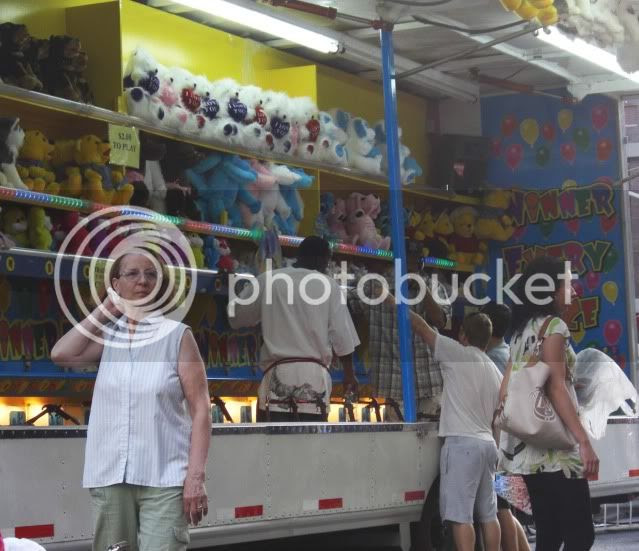 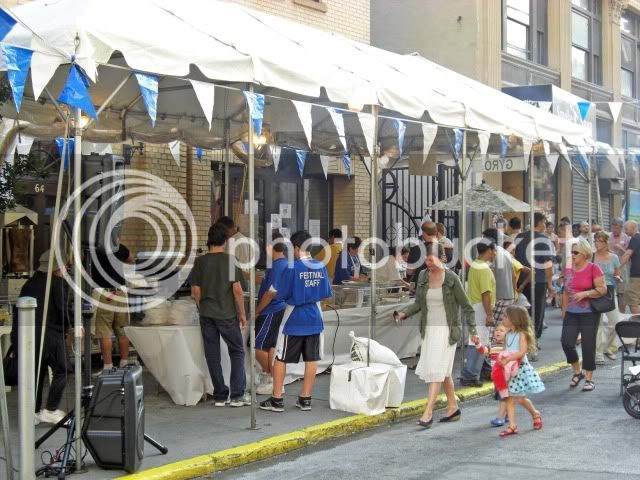 Sadly they had no more of that Greek beer, at least none that was cold. Why, I do not know. The lady said they had plenty of it but it hadn't been put on ice yet. Maybe they are saving it for later when the goat-that-I-never-get-to-eat is done.

Close, I Don't Think So 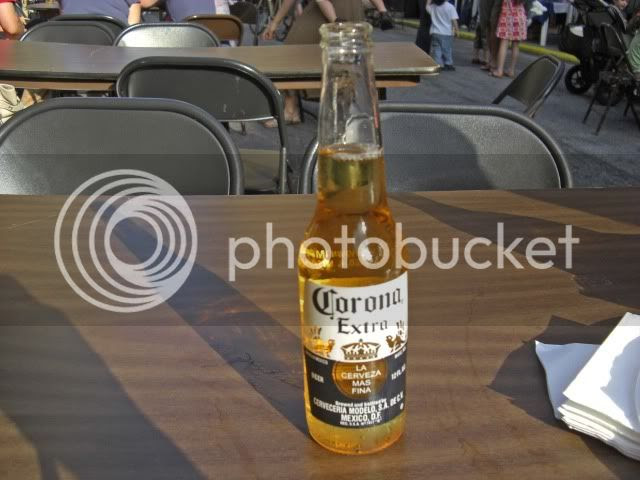 But who can complain when you get to eat a delicious pork with lettuce, tomato, and who knows what else on a nicely crisped but still tender and chewy thingy.

Mysterious Chinese Woman Is Loving It 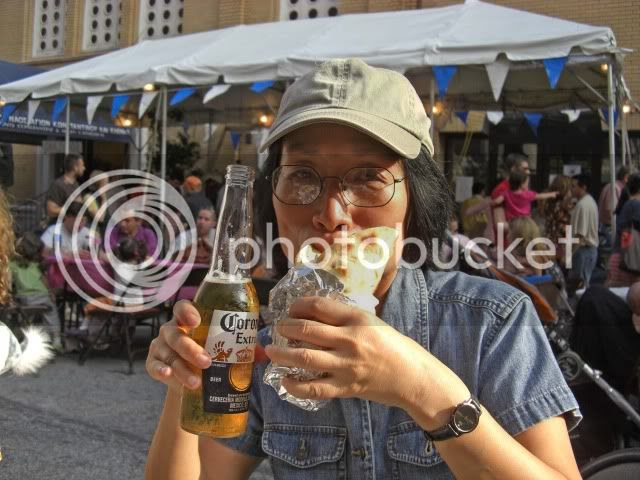 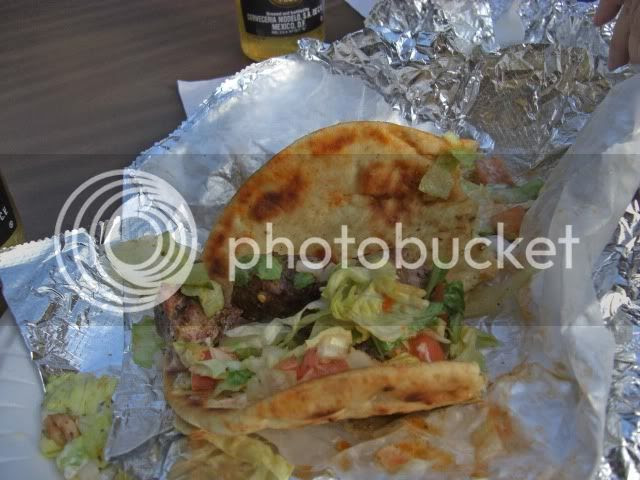 Now I am a big fan of this Greek Festival but there are many people on my block who are not. Their chief complaint is that there is no parking for a week. And I often wonder how they get away with blocking of an entire block for a whole week. Plus they get to sell beer, which is prohibited at a lot of street fairs.

And, as you can see, this isn't your average church social. You can also buy wine and hard liquor here as well, although you have to know how to ask for the hard stuff. And the rides and games of chance are a bit over the top. They used to have slot machines too, but I think they are down in the basement now where there is are usually a few card games in progress. Hey, live and let live is my motto. May things never change.

Except one year I really would like to get some of that goat.
Posted by Bar Man at 7:40 PM