After having a couple of beers at Peter Luger and taking the bus almost home, I decided to get off and have one last afternooncap at taino soleil. 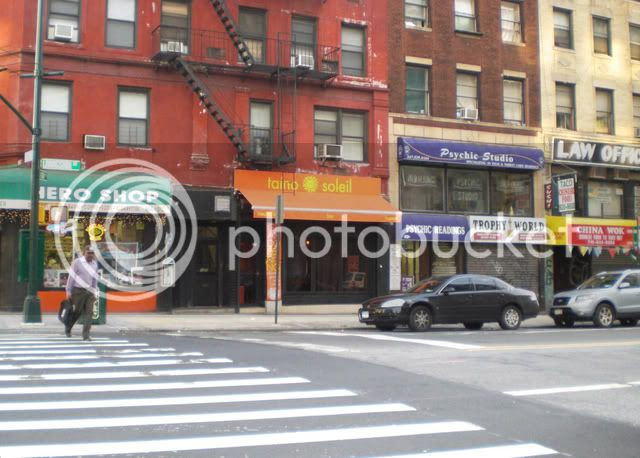 When I first moved into the neighborhood this spot was occupied by Las Tres Palmas, an old style Latin restaurant. Then, in January of 2005 it became Paradisus-121 and was the 6oth bar I visited during my year of 1000 bars. Here is what I thought of it at that time:

This place just opened about a week ago and was formerly Las Tres Palmas. It is on 121 Livingston just off Adams, which is the main drag if you drive into Brooklyn over the Brooklyn Bridge. By the time you go up another block to where I live Adams has changed its name to Boerum. This, as you can imagine, is a source of confusion to many people coming into the neighborhood for the first time.

The place has been newly remodeled and has a nice bar in front with a sofa by the windows where you can sit and have a drink. They still have a Cuban/Puerto Rican style menu, but the prices have jumped quite a bit. But now there are tableclothes, so I guess it is worth it.

I had a Dewars and soda.

After Paradisus-121 it became Makayla, more of a soul food place. And now, taino soleil, another attempt at a Latin American style restaurant. I haven't eaten there yet, but I will make a point of doing so in the near future and will write more about it then.

The bar was nice and bright and the bartender, I think his name is George, was pleasant enough. 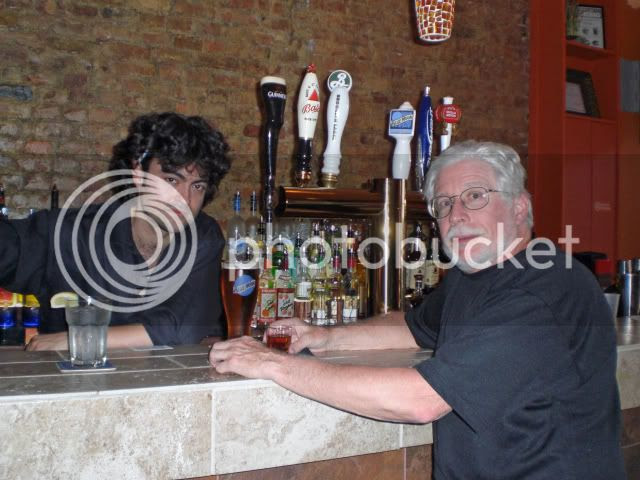 The best thing about the various bars that have occupied this spot is that I can literally see them from the door to my co-op. I have to say, though, that I liked it best when it was Las Tres Palmas (The Three Palms). But then I have a predilection for older, darker, and slightly more dive-like places.

The View From My Door I used to be able to see The Brazen Head from my window, but then they built the Brooklyn Law School Dormitory so all I see is..., well, never mind just what I can see. Let me just tell you, it isn't always pretty. But then I am sure the students there could say the same thing about me.
Posted by Bar Man at 9:44 AM