Well, as I mentioned before, I lost the pictures and the container they were in (my camera) of the Cyclones and Yankees game in Coney Island. I had better luck at the game in Staten Island.

Of course if you are going to got to a game in Staten Island you have to get there. This means either by bridge or ferry. Seeing as how I don't have a car the ferry is the only way to go. And you can't beat the price, it is free. They also have a relatively new ferry terminal so it is a lot more pleasant trip than before. Plus, there are new and larger ferries. 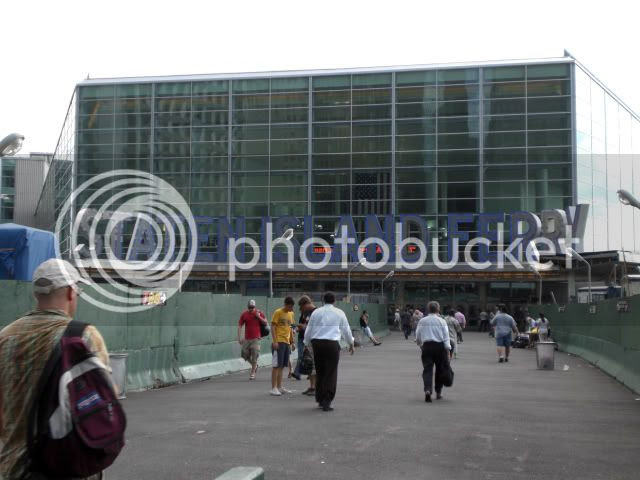 Fairly large crowds are always waiting to take the ferry, even late at night, but it looks worse than it is. 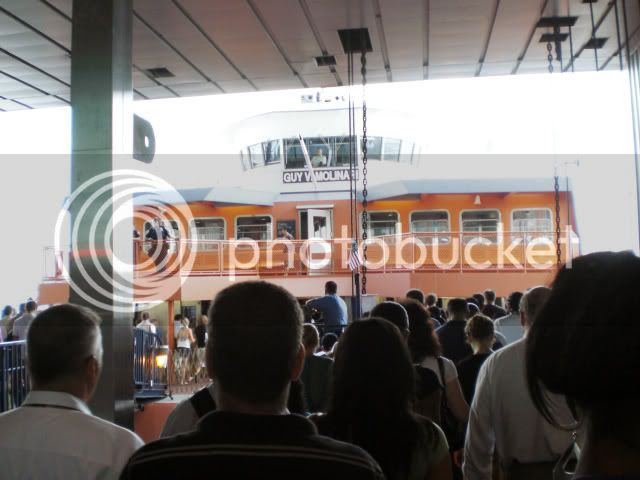 Despite what looks like a crush of humanity, there was plenty of room on board. We scooted upstairs to get an outside seat on the Statue of Liberty side and watched as Manhattan receded into the distance. 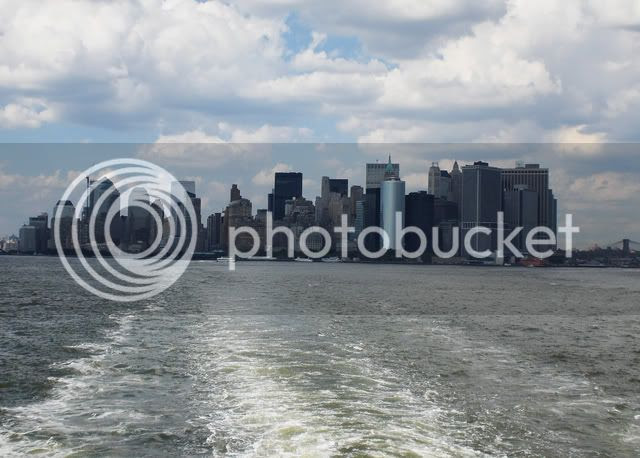 I then headed down to get a beer. The concession stand on the new ferries are configured a bit differently. They used to be open and you could access them from either side of the boat. Now they are built into a room that also has limited seating. As a result you have to enter from one side of the boat only and that slows down the process somewhat. Still, there aren't that many things you can buy and the line moves quickly.

Bar Man With His Prize 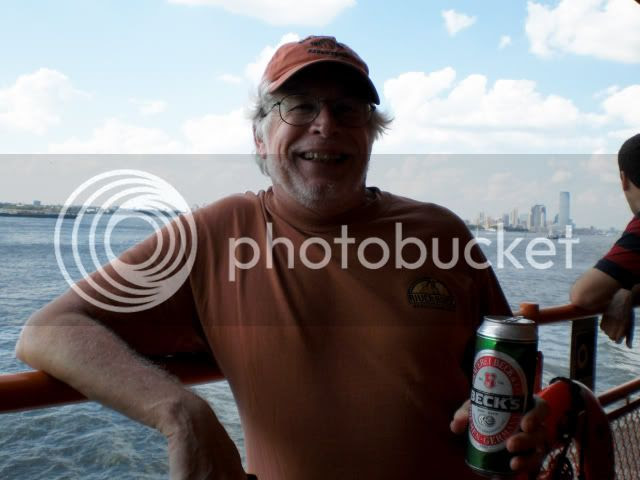 Another thing I noticed, the new ferries are a lot faster. You have to be quick if you want to finish your beer before reaching your destination. And they frown on you taking the beer with you when you leave.

As I said, we got seats on the scenic side of the ferry. This would be a fun trip even if you didn't have any reason to go to Staten Island. The only problem is that you do have to disembark and then wait in line to re-board for the return trip.

The View From The Rail 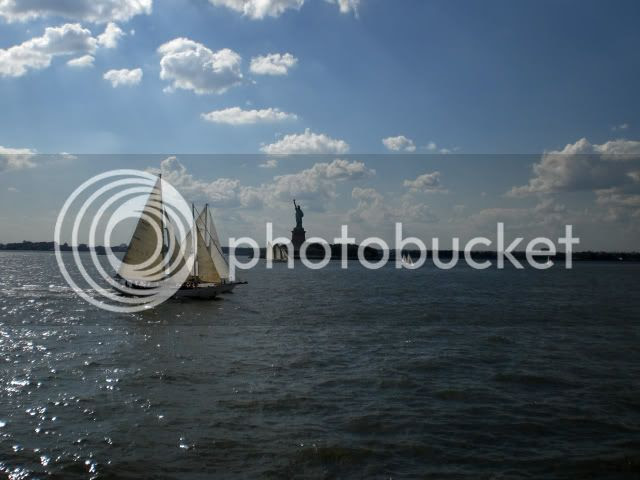 It was so romantic, almost like a honeymoon cruise. 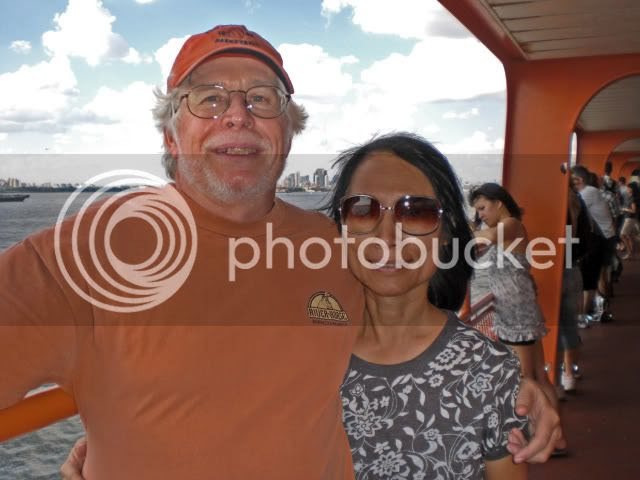 And soon, picturesque Staten Island loomed up before us. 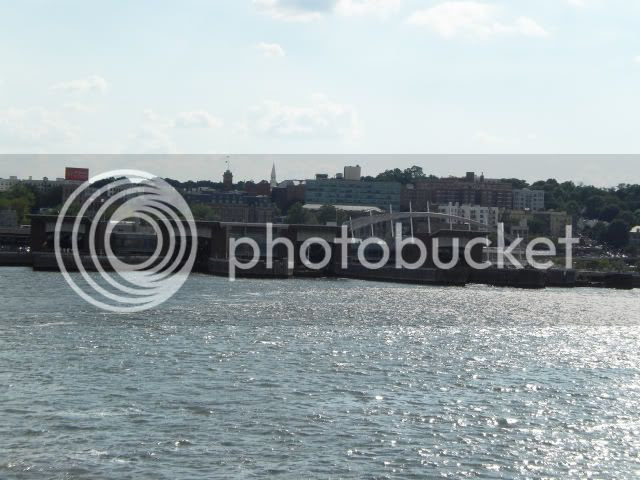 We had time to kill before the game and decided to go to the Cargo Cafe for a before-the-game dinner. You may remember the Cargo Cafe from a previous post of mine. It has undergone a bit of a face lift, or, at least, a paint job. 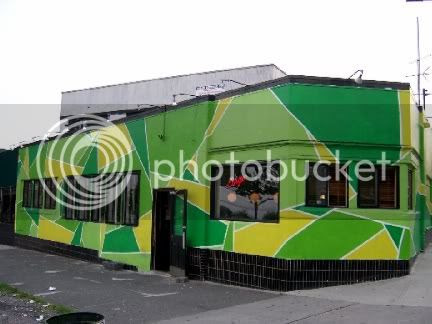 The New And Improved Cargo Cafe 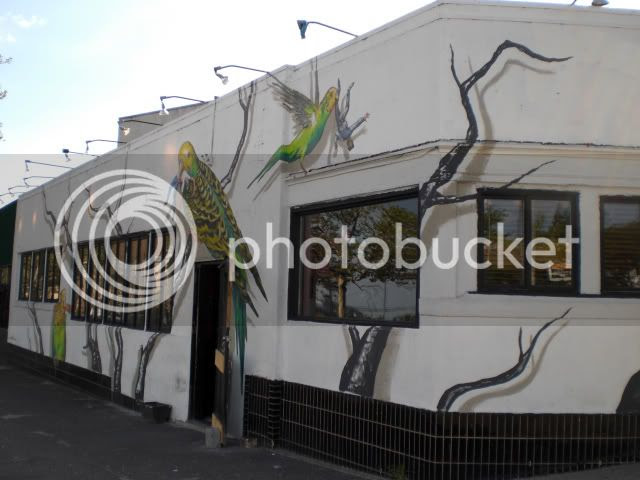 Now you might say How pretty, parakeets. But look closely, these are not your average parakeets, they are the: 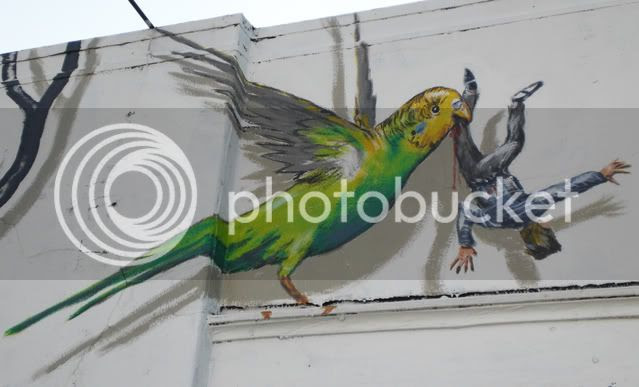 Kind of reminded me of a parrot my sister has. It lands on your shoulder and says "Kiss Kiss" as it creeps towards your ear and then gives it a nasty bite. Actually, I am not sure if she still has that parrot, although she does still have two of them. I think the nasty one pulled that "Kiss Kiss" trick on her dog and he killed it.

More on our trip to the distant Isle of Staten next time.
Posted by Bar Man at 10:47 AM