On our last day in Paris before taking the train to Rome I decided to go one way and the women-folk decided to go another. The Mysterious Chinese Woman and her Equally Mysterious Sister decided to go see the windows of Sainte Chapelle and maybe do a little shopping. I wanted to visit the Musee De L'Homme or Museum of Man. The museum is located across the Seine from the Eiffel Tower and was an easy walk. We agreed that we would meet for lunch at one of the several cafes nearby in Trocadero, a neighborhood around Palais Le Chaillot. Palais Le Chaillot houses several museums including the one I wanted to see and a Naval Museum that would have been fun if I had more time. 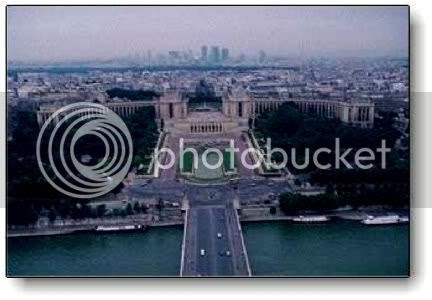 And, of course, a view of the Eiffel Tower from Palais Le Chaillot 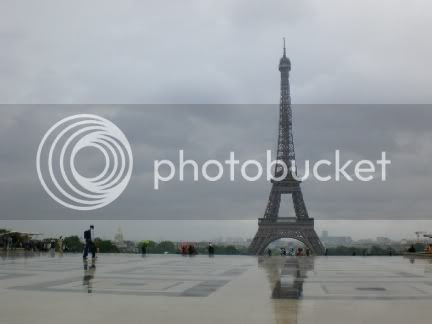 After a week of really nice weather you can see that Paris turned wet on the day we were to leave.

The museum may have been more educational if I could read French, but I found the exhibits to be quite interesting.

Half Man and Half Woman

Heh, I guess the above picture of this exhibit in a French museum is considered too racy for Photobucket to allow. Not too racy for the group of grade school children who were visiting the museum, however. Go figure.

I guess this was someone shedding their skin. 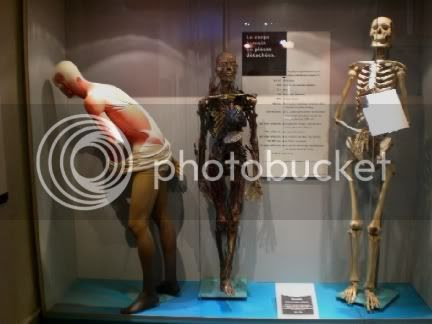 They had a lot of pictures on crates to create, I guess, the impression that they might contain the actual remains. 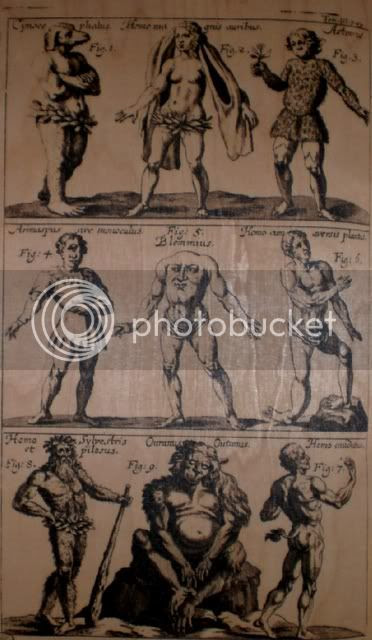 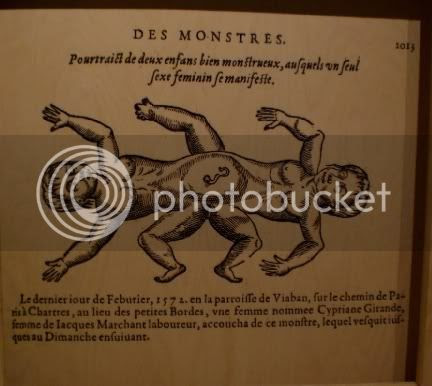 And The Contents Of The Crate 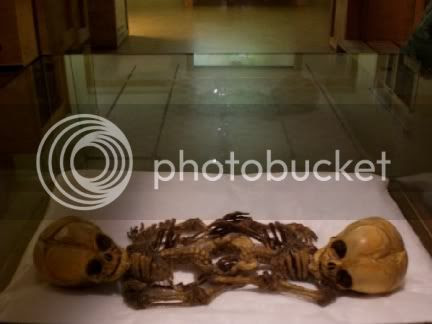 I guess the objective was to show that some early sketches, as ludicrous as they may look, may have been based on some factual evidence.

This Was Just Spooky 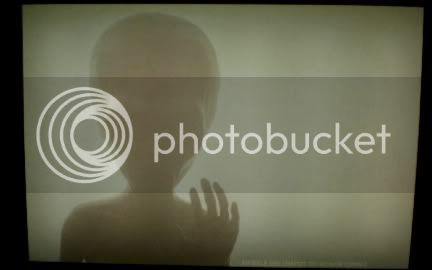 All and all, even with the language thing, I spent an enjoyable morning browsing through the many exhibits. One of the themes seemed to be how all people, as diverse as they may look and as diverse as their life styles may be, are much more closely related than most of us realize.

The restaurant where we were supposed to meet was quite crowded with business people having lunch, but we did manage to find a table. 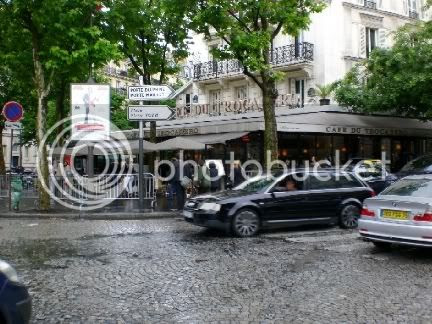 And, of course, a view of the Eiffel Tower from the restaurant.

You Can See It From Everywhere 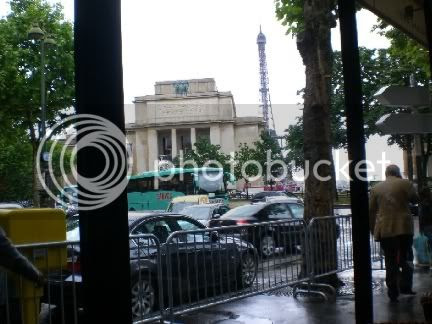 We didn't have a lot of time to do much more after lunch than buy some sandwiches and a bottle of wine for the train ride, then it was off to the train station. 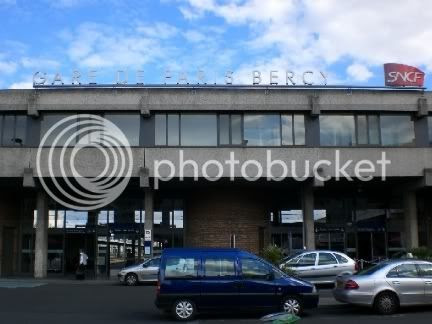 Not as fancy as Grand Central, but it seems to get the job done.

Waiting For The Train 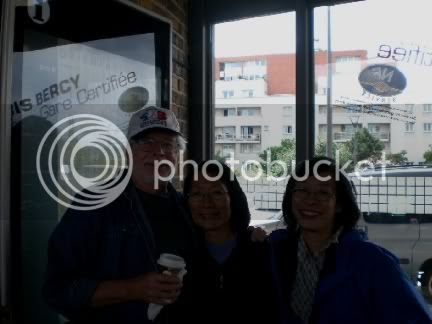 And, finally, it was time to board. 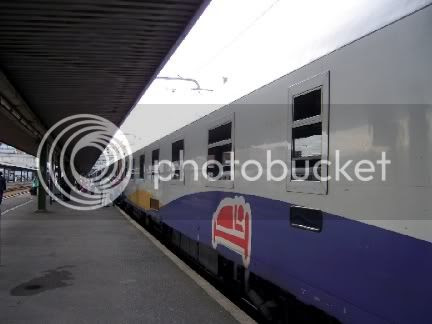 Stay tuned for the train ride and our adventures in Rome.
Posted by Bar Man at 12:21 PM