Montmartre, My Kind Of Place

We decided to head to the Montmarte area of Paris for our evening meal. The last, and only time prior to this, that we were in Paris was ten years ago. We spent some time in this area and had a lot of fun. Really a neat neighborhood with all kinds of cafes and bars that spill out onto the sidewalks. A youngish crowd, certainly by my standards, out for an evening with friends. But we are talking about a lot of people. I don't remember it being this crowded when last I was here. Otherwise though it looked pretty much the same, and that is a good thing.

La Forum looked like a good spot to pop into for one. It, like most of the places, was packed outside so the available seats were all inside. 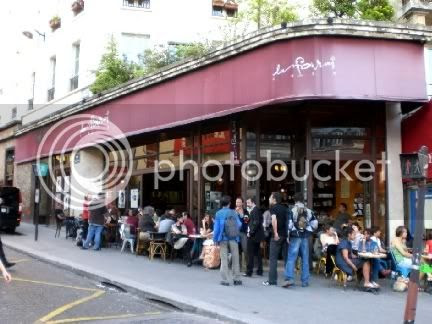 That was fine though, added a bit of a decadent air to having my beer.

A Decadent Beer At The Bar 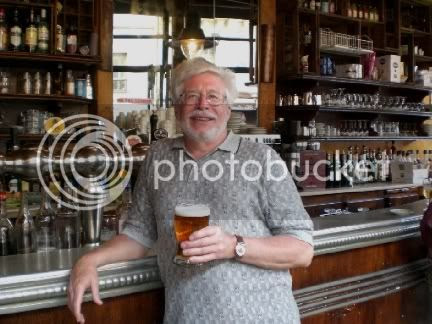 The Mysterious Chinese Woman preferred having her's at a table where she could watch the crowd through the window. 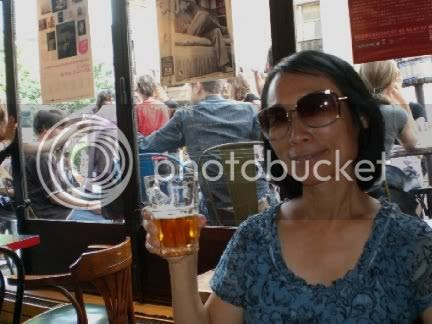 We really didn't know where to go for dinner around here so I figured I would do what I usually do when I am not sure about something, ask the bartender.

Who Would Know Better? 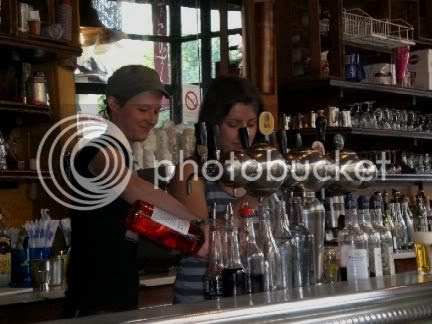 She asked us what kind of food we were interested in. I said just the local fare and asked her where she would go to eat. She said she liked Un Zebre which was a few blocks away, just down the street. Purple awning, can't miss it.

Well, it was more than a few blocks away or else the blocks were long, or something. It seemed like a long ways and we asked people a few times if we were on the right track. We were, so on we walked. It was a fun walk though. Finally, we saw the purple awning in the distance. 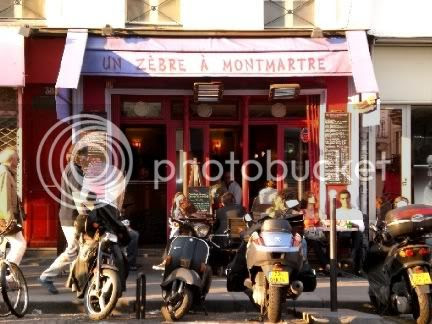 I was a little nervous because of all the motor scooters out front. Could be a rough crowd, the bartender at La Forum looked a bit on the tough side. But then I realized that motor scooters were parked in front of every place. Oh no, it was like The Wild Ones. Well, not really, these were mostly pastel motor scooters.

Un Zebre was fairly crowded but there were a few open tables and we were able to get one. 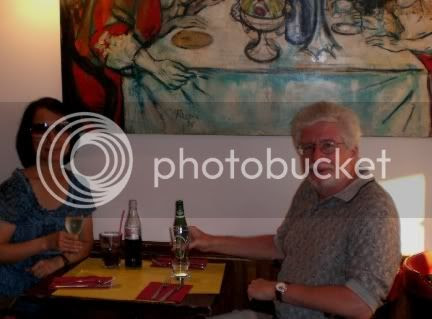 There weren't any menus handed out here, instead they brought over a blackboard with the offerings. 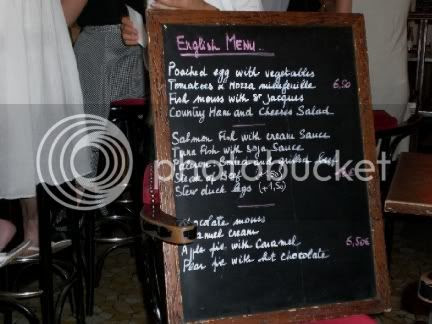 I don't remember what everyone else had, but I had the stewed duck legs and they were suburb. Our bartender friend did not lead us astray because everyone said they enjoyed their meal. I did manage to pop over to the bar to pose for a shot.

Posing At The Bar 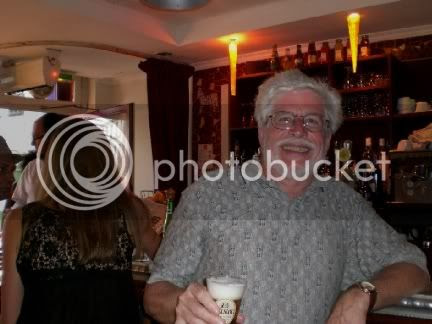 They had desserts here but we decided to do a minuature graze instead. Besides, we had spotted a place with gelatos on display so that is where we headed. 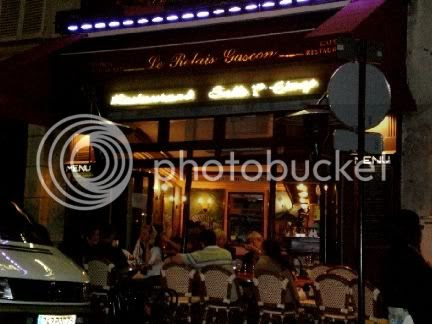 I thought the Mysterious Chinese Woman fit right into the sidewalk scene with her uber-cool shades. 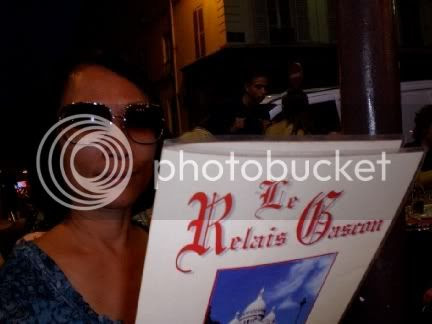 I wear my sunglasses at night so I can, so I can watch you weave then breath your story lines.

I'm sorry, I couldn't help myself, the lyrics just sprang into my head when I posted that picture. I was still feeling a bit decadent from my beer at La Forum so I had some white port, most excellent, an espresso and some pistachio gellato.

A fun and flavor-filled evening and after taking the subway back to our hotel we managed to get a beautiful view of the Eiffel Tower. 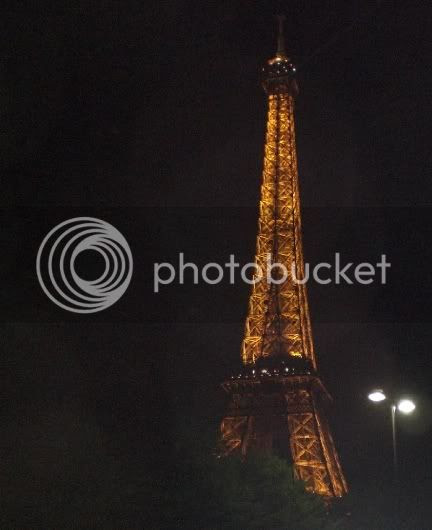